The major US indices finished flat to slightly higher on Monday in very quiet trade ahead of a number of major catalysts this week, beginning with the summit between the US and North Korea. The Federal Reserve and ECB are set to sit down for their monetary meetings this week, while there will also be updates on the trade negotiations with China. So there are a number of significant catalysts that could shake things up this week and move the markets.

With the S&P500 perched just below the key 2,800 level, investors will be focused on whether we see the “big push higher this week” with an upside break, or whether further consolidation will be required. I am of the view that if the big push does not come this week, it will be the June quarterly reporting round that potentially triggers the rally and pushes the major US indices up to new record highs. 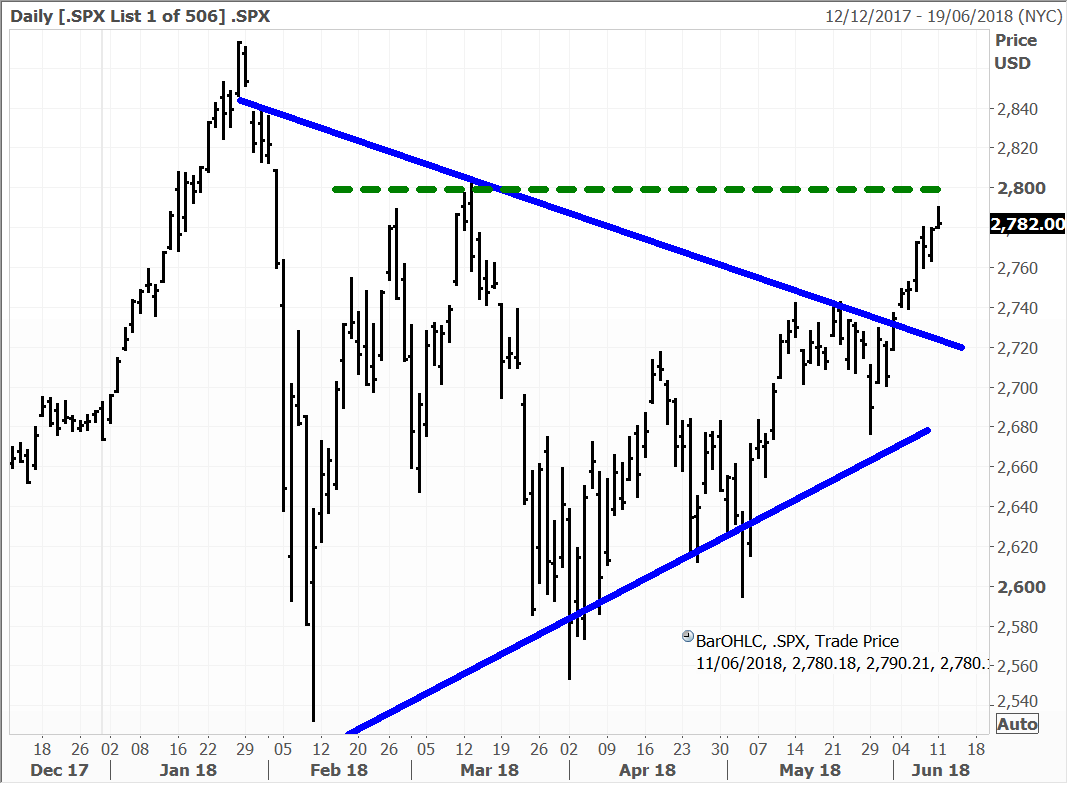 Baidu shares gained 2.3% after shares of its video streaming business iQiyi surged 11% last Friday. iQiyi produced Blue Amber was nominated for two prestigious awards at the Shanghai International Film Festival. Baidu shares have had a good run over the past week supported by positive news flow.

Disney shares added 0.4% ahead of Comcasts bid for Fox, due to be unveiled this week. Disney shrugged off reports that Pixar co-founder and boss is leaving his position at the company after accusations of inappropriate behaviour with subordinates. Pixar is part of Disney’s globally leading movie unit, along with Marvel, Lucasfilm (Star Wars) and of course its home-grown studios. Pixar’s latest movie, The Incredibles 2 opens in North America this week. In the medical devices area, Styker Corporation (-5.2%) made a surprise takeover offer for Boston Scientific (+7.4%).

The major Asian indexes finished mixed in light trading on Monday, as traders waited on the historic US and North Korea summit in Singapore. In Japan, the benchmark Nikkei index gained 0.48% as defensive shares rallied and exporters performed solidly as the yen weakened against the dollar.

Japan’s core machinery orders in April jumped the most since the start of 2016, reversing the prior month’s decline and raising the prospects durable growth in capital expenditure which is seen as crucial for a recovery in the economy after a contraction in the first quarter. Core orders, a highly volatile data series regarded as an indicator of capital expenditure in the coming six to nine months, rose 10.1% and easily beat consensus forecasts for a 2.8% gain. The BOJ is counting on capital expenditure to drive a virtuous growth cycle of higher wages boosting consumer spending, corporate profits and inflation. With inflation still below the 2% target, the Bank of Japan is widely expected to stand pat at its policy-setting meeting this week.

Food ingredient giants Ajinomoto and Kikkoman advanced 2.2% and 2.3% respectively. Industrial robot leaders Fanuc and Yaskawa Electric gained 1.7% and 0.7%, while Sony added 1.1%. In other economic news, M2 money stock in Japan was up 3.2% year-on-year in May according to the Bank of Japan (BOJ). That was flat with the April reading.

In Australia, the financial services sector remained under pressure last week. Making recent headlines has been the news that one of the country’s biggest financial adviser networks has effectively been shut down by ASIC. Dover Financial announced on Friday that it had ‘reached an agreement’ with the regulator.

Dover’s owner Terry McMaster was in the spotlight at the Royal Commission (collapsing in the witness box), but the firm had already been under investigation for some time. This has meant that more than 400 advisers, 20,000 clients and $4 billion assets are left somewhat in limbo.

Questions over the manpower and infrastructure at Dover could be positive for bigger players such as IOOF Holdings, a stock which we own in the managed account portfolios. The shares have also been under pressure in recent months, but the company has robust scale, and this has been bolstered significantly by the acquisition of ANZ’s pension and wealth business. The financial service platform stocks also remain well leveraged to the country’s growing superannuation and wealth management pot. OneVue was lower on Friday, but Praemium had a good day, rising 3%. 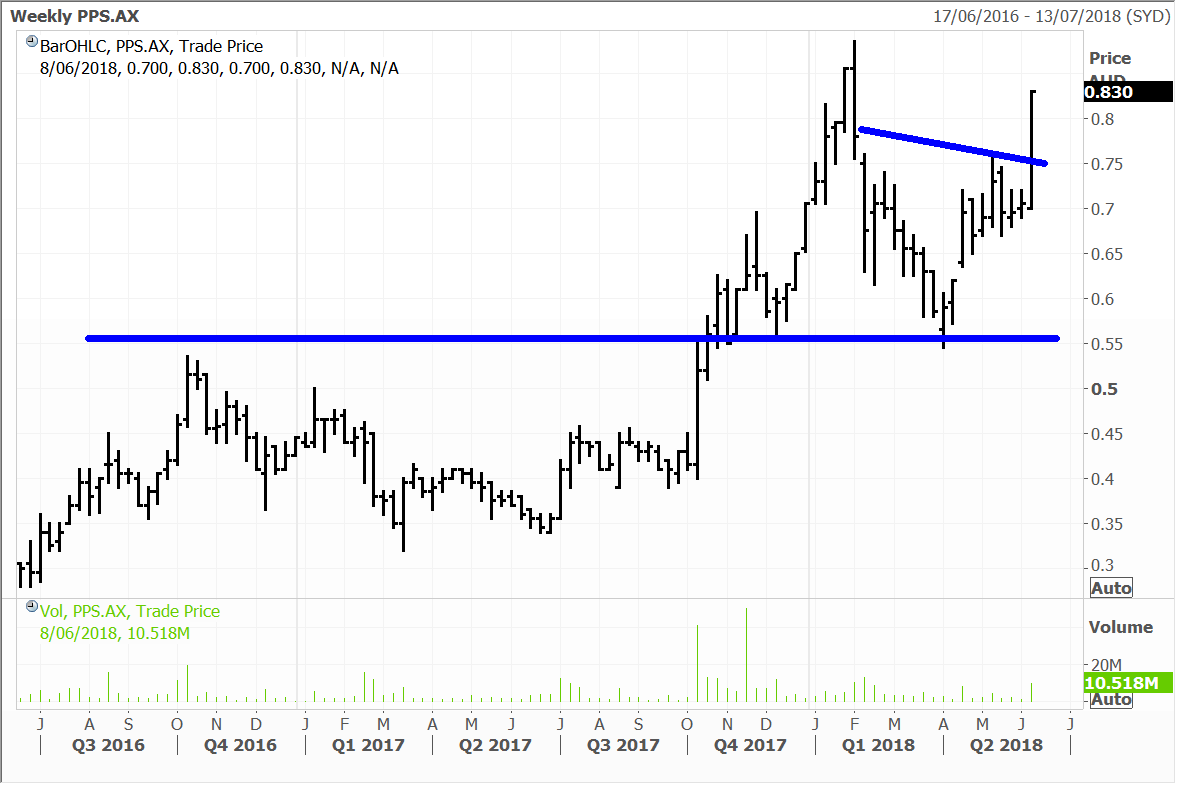