Profit taking led to a mixed day on Wall Street with the Nasdaq and S&P500 giving up some ground, while the Dow advanced. The Dow led with a 0.38% advance, while the S&P 500 was flattish (-0.07%) and the tech-heavy Nasdaq index slipped 0.70% from record highs. The small-to-mid cap Russell 2000 index declined 0.49% for the day, while the Dow Transports was effectively flat (+0.04%).  The drop in the Nasdaq was really all about profit taking, before what I think the markets will surmount with a “Big Push” up to record highs later this month and in July; during the midst of the reporting season.

T Bonds rose in value as yields came off 4 basis points, while the VIX lifted 4% and the Dollar Index fell. I see this as really nothing more than a mild correction, with the US markets “idling ahead of next week’s” FOMC meeting (I don’t expect there to be any change in the rhetoric, but a rate hike is virtually a certainty), and the June reporting season which is shaping up nicely to be potentially a cracker.

I have been waiting for an upside reversal in the oil price and we saw this come through on Thursday. Brent crude rose almost 2% on concerns of a plunge in exports from Venezuela and worries OPEC may not raise production at its meeting this month. What we have seen in the energy sector over the past few weeks is just profit taking, and it came as no surprise that DJT put the screws on Saudi Arabia ahead of his confrontation with Iran because of the “embedded tightness” in the market. Oil is headed higher, and there is now a “chorus of investment banks” calling for $80 to $90 a barrel and moving to be overweight the energy sector.

Brent crude futures settled up 2.6% at $77.32, while WTI rose 1.88% to $65.95 a barrel. Surging US production has capped recent gains in WTI prices, which explains the widening gap to Brent of more than $11 a barrel. US distribution has also become very constrained, with the record production posing something of a bottleneck.

Good cop and bad cop. Despite the US urging Saudi Arabia to pump more crude, which it was agreeable too, the rest of OPEC seem to be pushing back according to one report on Reuters. OPEC member Venezuela is in the midst of an economic crisis, and is nearly a month behind delivering crude to customers from its main export terminals. Angola has seen output decline rapidly from its aging fields. Meanwhile, Iraq said on Wednesday a production increase was not on the table. 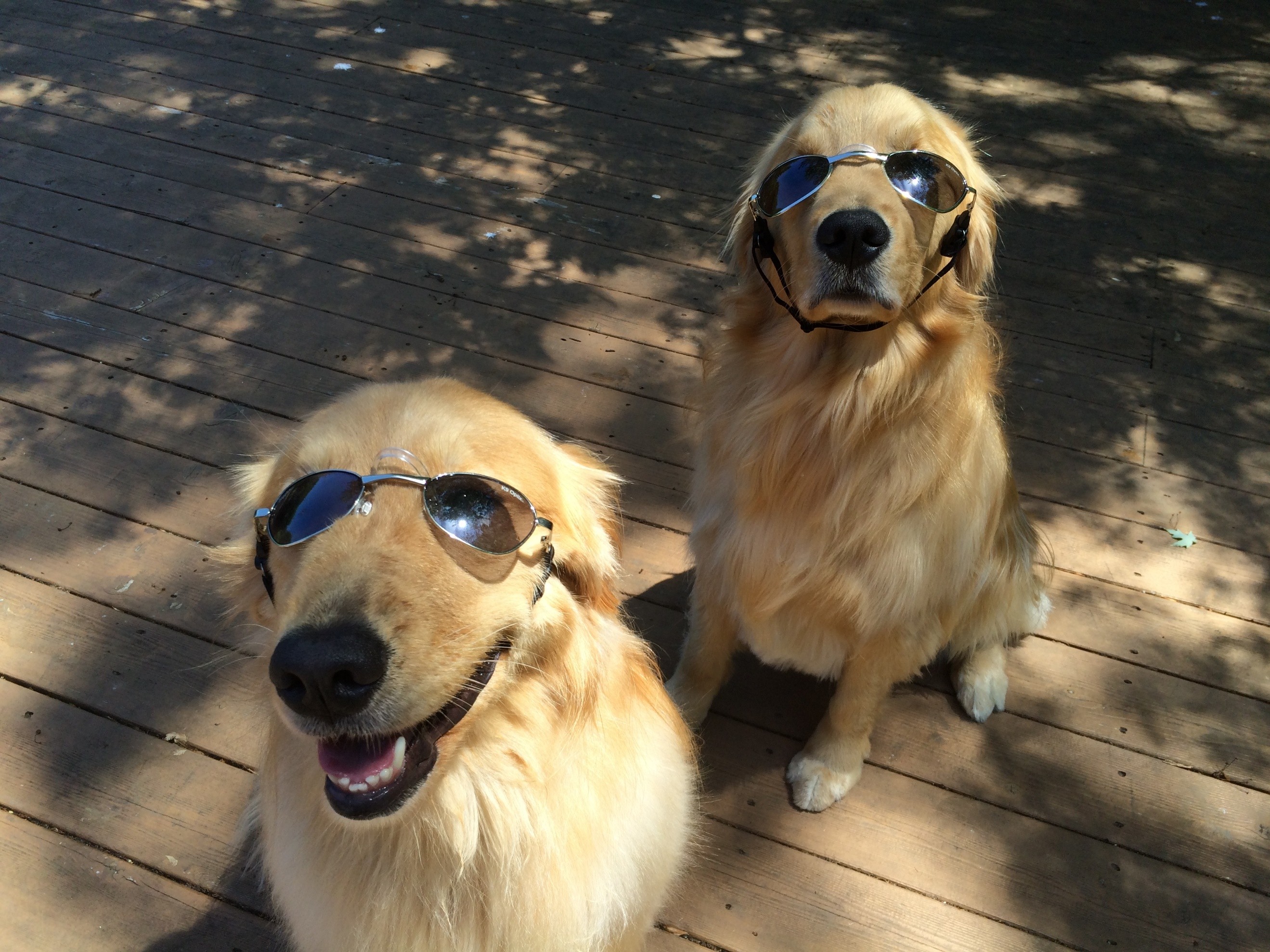 Investors are now keenly watching all cases involved with assisted driving systems, given the huge up swell in activity in the area from both traditional auto makers and technology companies. US-listed Shares of Baidu, which is leading the charge in China in the self-driving vehicle race ticked up 0.4% Thursday, and have had a strong week on the back of positive news flow.

Disney shares added 0.5% as Reuters reported that Makan Delrahim, the assistant attorney general for the U.S. Department of Justice’s antitrust division, said the proposed Disney/Fox deal had been well structured. Investor enthusiasm is being tempered by the wait on Comcast’s looming competing bid for the Fox assets though.

The US has reached a deal with Chinese telecom equipment giant ZTE that will allow it to get back to business. That is likely to lift the stocks of companies in the ZTE ecosystem, such as lens maker Sunny Optical, in Asia trading today.

The major pan-European indexes reversed early gains to close effectively flat to slightly lower on Thursday. A modest increase in the yield of 10-year Italian bonds weighed on sentiment, as did soft factory data out of Germany.

The Nikkei which has also undergone an extensive correction since January, also looks to be readying for a “big push” to new highs, but this could take some time, given the strengthening yen of late. The Japanese economy is staging a resurgence, but while tightness in the employment markets is comparable with the US, GDP growth is not quite as robust.

However, the Japanese stock market has only just broken above major long-term resistance after nearly 3 decades, so we can expect the ensuing rally to continue. We saw this with the FTSE. A flurry of foreign buying which pushed the Nikkei up 50% has unwound and turned into selling earlier this year, but we can expect this dynamic to repeat later this year. Like the FTSE, I totally expect the Nikkei to perform in a similar fashion and continue to move higher this year and next, but perhaps at a more gradual pace after the rise in 2017. 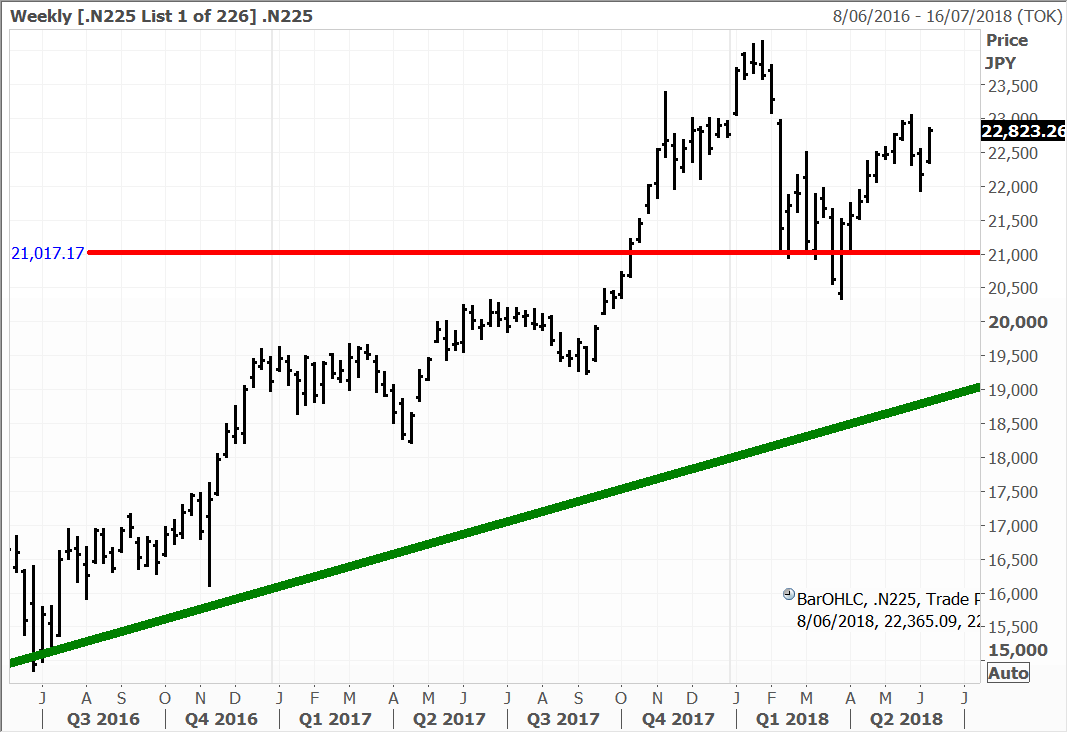 The Hong Kong-listed Macau casino faced some pressure on reports that authorities may crackdown on the use of China UnionPay POS (point-of-sale) machines in Macau. At this stage though, there does not seem to have been any official directive. Sands China, MGM China and Wynn Macau closed flat to 0.9% lower.

In Australia, the market had another positive session on Thursday, with the ASX200 adding 32 points, rising 0.53% to close at 6057. There was more good news on the economy with the country’s trade balance registering yet another surplus in April. As I wrote yesterday the resource sector is carrying much of the load here, and we expect this to remain the case for some time as commodity prices remain robust, and also with some downward pressure on the A$.

The resource sector is clearly a big part of the equation, but with rising demand, and constrained supply across the commodity spectrum we see prices going higher. It also helps that the market (and many institutional analysts) remain somewhat behind the curve on their forecasts.

We may therefore yet see more scrambling for exposure as the earnings upgrades come through. Rio and BHP registered strong rises again yesterday, up 2.3% and 2% respectively, driven by a rally in copper prices on supply concerns – this though is not an isolated instance and representative of a wider theme.

Greg talked in our members webinar yesterday about the gold sector, and how the US$ gold price will ultimately push higher with inflation. The A$ gold price has in any event been very strong thanks to a weaker currency, and this is clearly benefiting the domestically focussed producers. Evolution and Saracen were both up 1% yesterday.

Domain and Fairfax were up 1.3% and 1.4% respectively yesterday, and both were highlighted at the webinar as stocks which the analyst team favour. We hold both in the managed account portfolios. We see Domain as a high quality digital property in its own right, and the recent trading update was a positive one. The update came on the heels of a solid set of interim numbers in its maiden result as a standalone entity following last year’s demerger from Fairfax.

As I noted Domain also has more than a few similarities with ZPG in the UK (which was spun out of the Daily Mail) and has just been acquired by US-based private equity firm Sliver Lake for £2.2 billion. With Fairfax comes exposure to Domain (through their 60% holding). It is very much a case of out with the old and in with the new with the company leveraging digital channels and a loyal subscriber base to offset revenue attrition in print media. 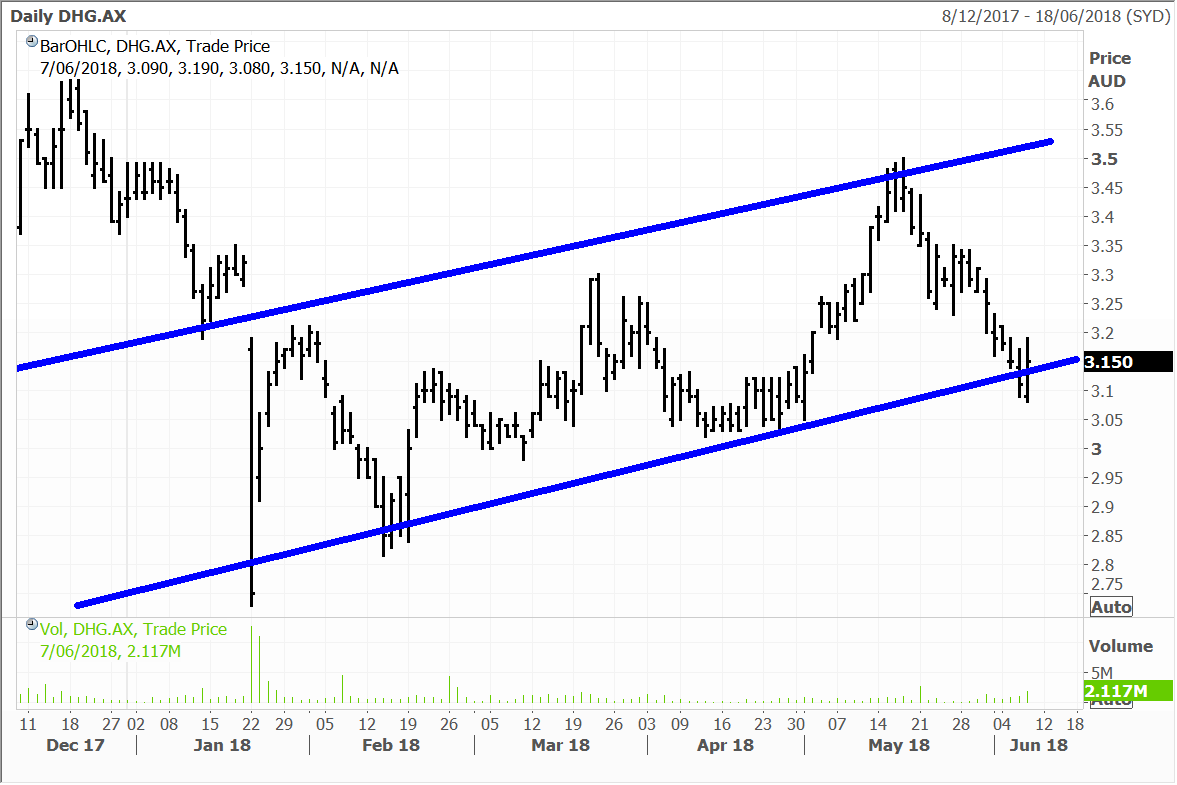