The major US indexes closed slightly lower on Thursday, with volatility remaining quiet, despite the fact that the US T Bond yield touched almost 3.13% at one stage. The Dow slipped 0.22%, while the tech-heavy Nasdaq was down 0.21% and the S&P 500 dipped just 0.09%. Notably, the Russell 2000 bucked the trend and added another 0.55% to make a new record high. The commodities were also relatively quiet despite a 0.3% rally in the Dollar Index. Oil was the exception with Brent pushing above US$80 for the first time in four years while WTI consolidated above US$72.

I have written about the positive aspect of the rally in the Russell 2000 and that this is evidence of the bounce in the US indices having breadth and diffusing to the small/mid cap end of the market. It is when the field of advancing stocks narrows sharply that provides cause for concern. This is not the case, and we have seen a similar trend in other markets globally, and notably in Japan where the 2nd section of the Tokyo Stock Exchange has also performed more strongly than the larger cap indices. 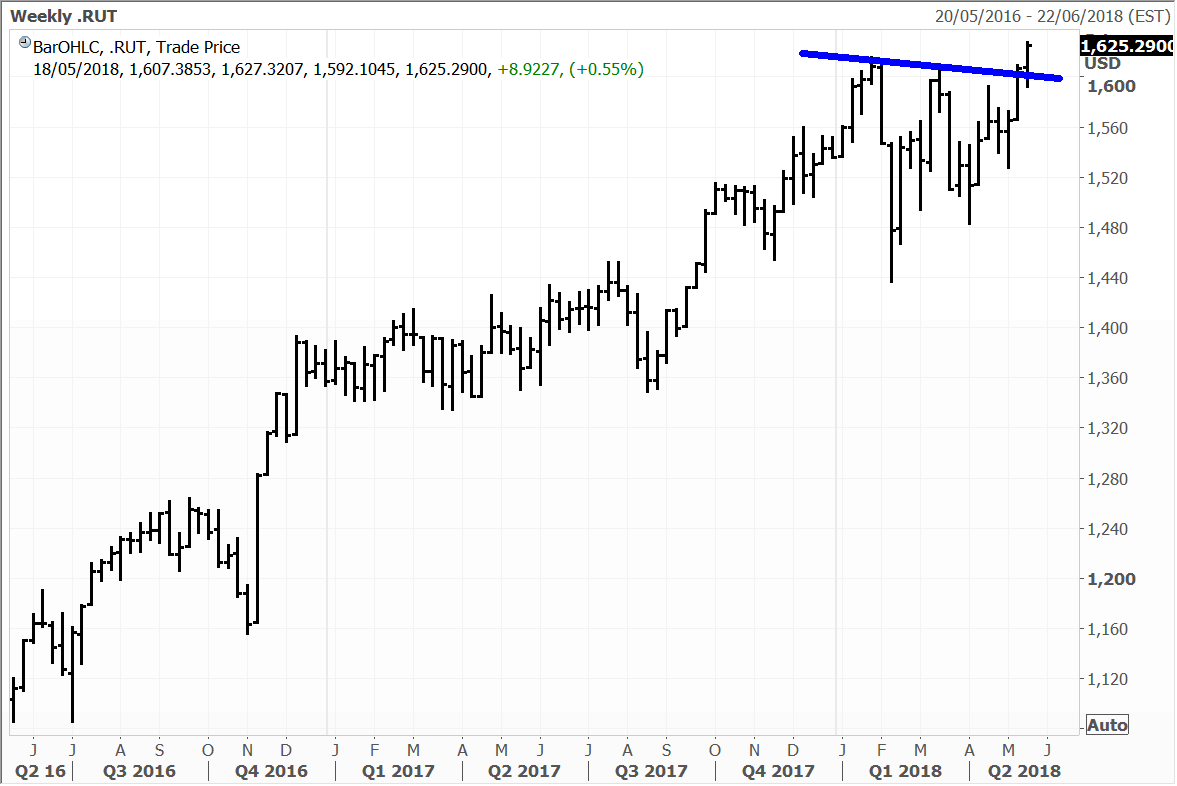 Baidu shares dipped 1.5% on profit taking after a strong week but remains elevated after surging to an all-time record high. Baidu has been supported by a strong quarterly result from peer Tencent Holdings. Baidu is a top 5 holding in the Global Contrarian Fund. Precious metals producer Coeur Mining gained 2.6% even as the Philadelphia Gold and Silver index slipped 0.12% on the day.

Madrid-headquartered Telepizza continued to rally on its partnership with Pizza Hut announced this week. The shares gained another 3.6%, taking their 2-day advance to roughly 12%. The deal will see Telepizza become Pizza Hut’s largest master franchisee globally by store count and will almost double its store footprint to more than 2,500 units. The alliance will see Telepizza Group opening 1,300 new stores over the next 10 years in countries covered in the alliance. We hold Telepizza in the Global Contrarian fund.

Shares of the Macau casino operators, Sands China, MGM China and Wynn Macau had a strong day relative to the index, gaining between 0.5% to 1.5%.

In Australia the market edged 12 points lower on Thursday, with the ASX200 ending the session at 6,094. Westpac going ex-dividend was a drag, with the bank’s shares down 3.7%. The resource sector had another good session, rising more than 1% and with notable strength in the diversified heavyweights. Rio climbed 2.4%, while South32 rose 1.5% and BHP added 1.5%. Brent Oil going above US$80 overnight should further stoke sentiment today. The SPI futures are pointing towards a gain of 13 points.

The company showed in a laboratory environment that ‘dramatic leaps in transmission capacity could be achieved by an NTT-devised system that mounts data signals on electromagnetic waves generated by this new principle of OAM multiplexing in combination with widely used Multiple-Input Multiple-Output (MIMO) technology.’

Operating the system at a 28GHz frequency band, NTT transmitted the experiments at a distance of 10 meters in the laboratory. Eleven data signals, each having a bit rate of between 7.2 to10.8 Gbps, were generated at the same time and carried by multiple OAM-multiplexed electromagnetic waves – the result generated a large-capacity wireless transmission bit rate of 100 Gbps.

The results of the test will contribute to the development of communication technologies for next generation 5G systems including, virtual-reality/augmented-reality (VR/AR), remote medicine, connected cars, and HD video transmission. NTT is held in the Global Contrarian Fund and the International managed account portfolios. 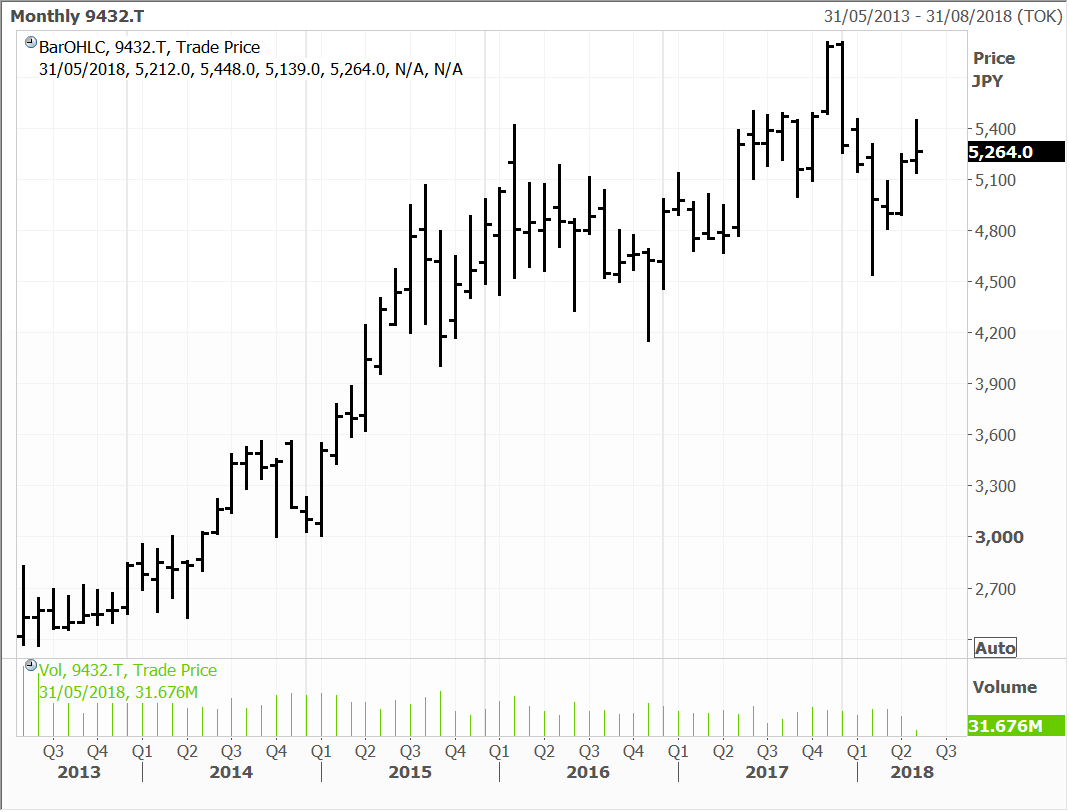 Sumitomo Chemical has released consolidated financial results for the year ended March, 31 2018. Sales revenue increased 13% to 2,190.5 billion yen, operating income increased 98% to 250.9 billion yen and net income increased 63% to 178.2 billion yen on the previous year which was a great result. The stock surged 3.8% on the result yesterday.

The company estimates sales revenue will increase by 13.7% over the next year to 2,490 billion yen, with operating income and net income attributable to shareholders to be 240 billion yen and 130 billion yen respectively. 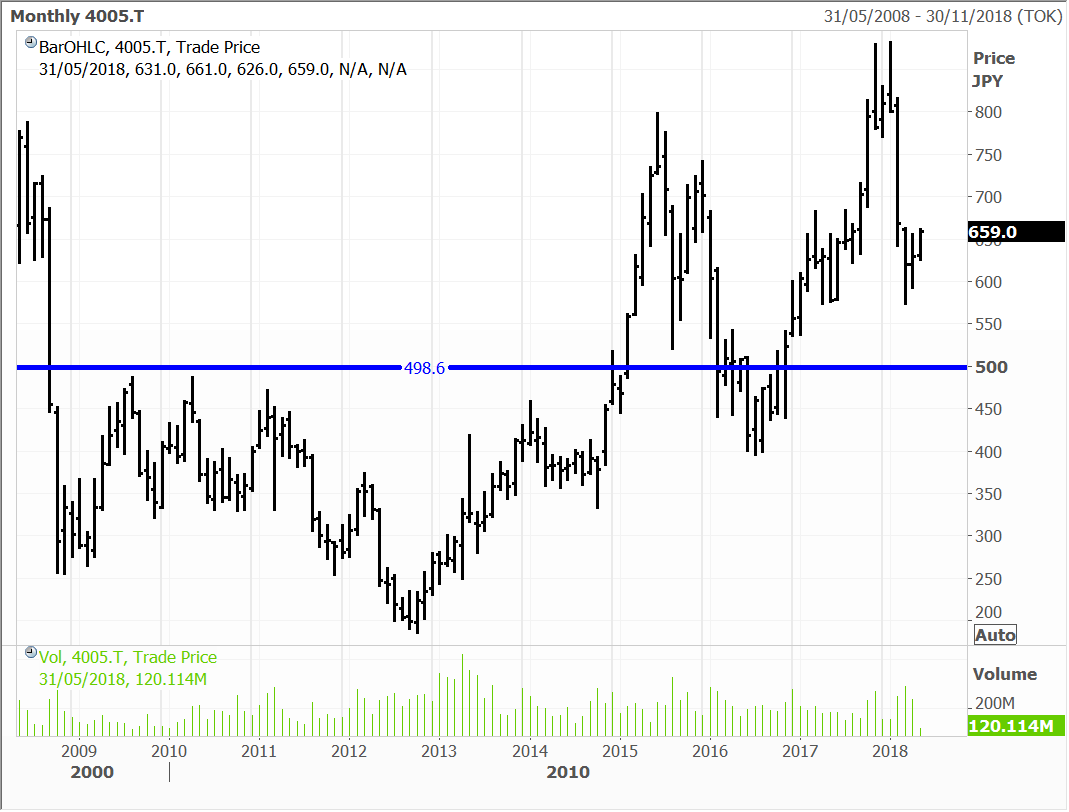