The major benchmark US indexes finished flat to slightly lower on Friday. The Dow effectively closed flat, while the S&P 500 declined 0.26% and the tech-heavy Nasdaq fell 0.38%. The small cap Russell 2000 index eked out a 0.08% gain to hit another record high. Low volatility remains a feature and the VIX drifted lower to 13.42. The 10-year US treasury yield edged back from 7-year highs to 3.07%, but clearly remains a focal point for markets. Oil prices held the line on what was a strong week, with Brent crude at US$78.50.

The major S&P 500 sectors were mixed in Friday trading, although there was a slight overall tilt to the downside. The industrial sector fared the best, closing 0.6% higher, while financials, energy and consumer staples were softest, logging losses on the day between 0.6% and 0.8%. The closely watched Dow Jones Transportation Index finished roughly 0.1% lower. Logistics leviathan FedEx edged up 0.4%. We hold the stock in the Global and US managed account portfolios.

The Dow and S&P 500 both dipped 0.5% for the week, while the Nasdaq was the laggard with a 0.7% fall.  The Russell 2000 however advanced 1.2% over the five trading sessions, and I wrote last week about this being positive, and evidence of the bounce in the US indices having breadth and diffusing to the small/mid cap end of the market. 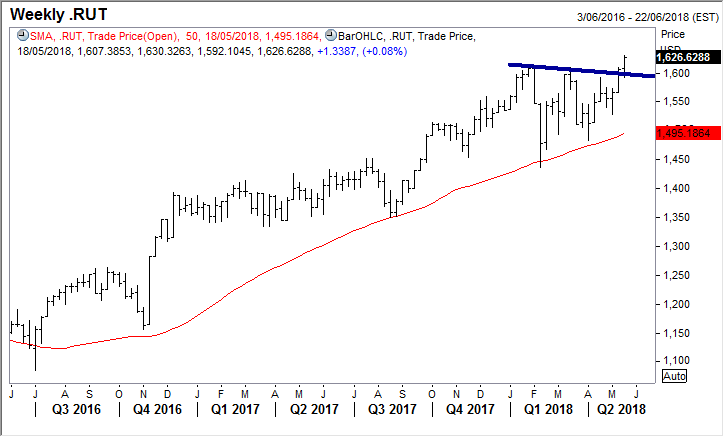 Shares of Chinese online search titan Baidu tumbled 9.5% on the news that company President Qi Lu will step down from his operational roles at the company come July, citing family reasons. He will retain his vice chairman role. Mr Qi Lu stated, “Due to personal and family reasons, I am no longer able to work in China on a full-time basis,” and added he intends to spend more time “with my family in the U.S.” He headed the company’s AI efforts, where Baidu has made big strides over the past five years to become one of the leaders in the commercially promising area. While he is well respected and will be missed, Baidu has recruited a lot of AI talent to create a team with breadth and depth, therefore its momentum is likely to continue.

Homebuilders Lennar and D.R. Horton advanced 1.4% and 1.1% respectively, recovering some ground from earlier in the week when they slid on rising Treasury yields. Walt Disney shares dipped 0.4% even as its Avengers: Infinity War continues to dominate at cinemas.

Shares of Madrid-headquartered Telepizza dipped 0.7% after a double-digit rally last week when the company announced its partnership with Pizza Hut. The deal will see Telepizza become Pizza Hut’s largest master franchisee globally by store count and will almost double its store footprint to more than 2,500 units. The alliance will see Telepizza Group opening 1,300 new stores over the next 10 years in countries covered in the alliance. Spain-listed shares in general faced a headwind in Friday trading due to the political developments in Italy. Caixabank and Bankia slipped 1.7% and 2.3% respectively.

In Hong Kong energy firms powered ahead, with CNOOC surging 3.4%. Internet conglomerate Tencent Holdings edged up 0.2% to added to strong gains on Thursday after reporting first quarter numbers after the closing bell on Wednesday. Both the top and bottom lines easily topped already optimistic expectations. CNOOC is held in the Global Contrarian Fund and managed account portfolios, with Tencent also held in the latter. 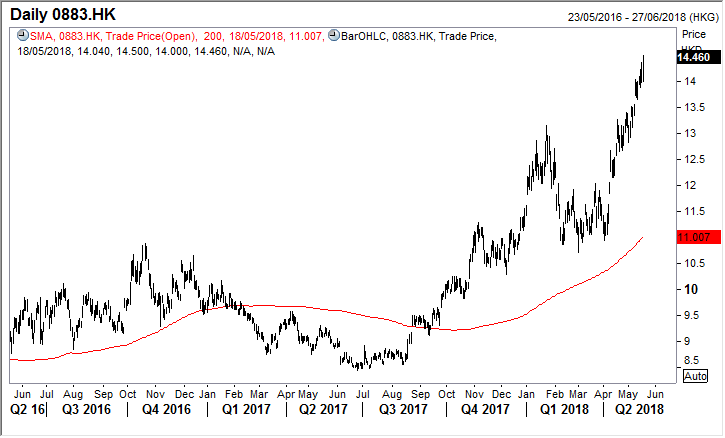 BHP is also a strong play on this scenario, in addition to further strength in the ongoing commodity complex. Our premise that the resource sector will provide a significant impetus for the ASX over the rest of the year continues to gain credence. Commodity prices have remained elevated in the face of US dollar strength while the weaker Australian dollar has provided a big tailwind to earnings for domestic producers. The bottom line is further emboldened when you consider that the bigger miners are also looking to bring down costs. 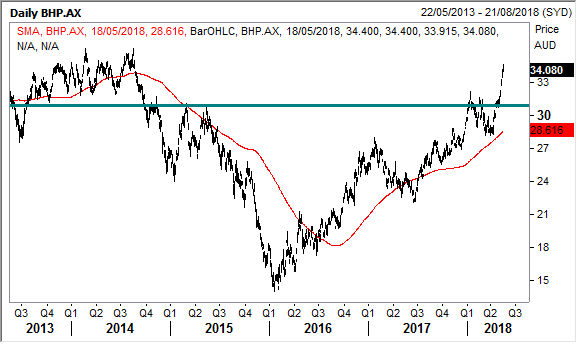 Lu, a former executive at Microsoft joined Baidu last year will step down in July because of “personal and family reasons”. Lu is widely considered the to be a top character in the global AI industry and is currently responsible for the daily operations of Baidu’s AI division.

Baidu’s primary focus over the past year has been AI. The company hired Lu to help with the transition which came shortly after new regulations dampened the firm’s advertising revenue. Baidu has since rebounded from the scandal and public and investor confidence has been restored.

“We have seen many positive changes at Baidu since (Lu) joined last year,” said chairman and chief executive, Robin Li Yanhong. Lu will remain vice chairman of the company and current VP Wang Haifeng will take over his AI duties. Lu said he will continue to support Baidu and will “pay attention to China-US research and investment.”

Over the past month Baidu’s shares have generated significant momentum as the earnings outlook for the company has improved. The company posted quarterly adjusted earnings a few weeks ago of US$2.60 per share, well above analysts’ estimates of US$1.73. 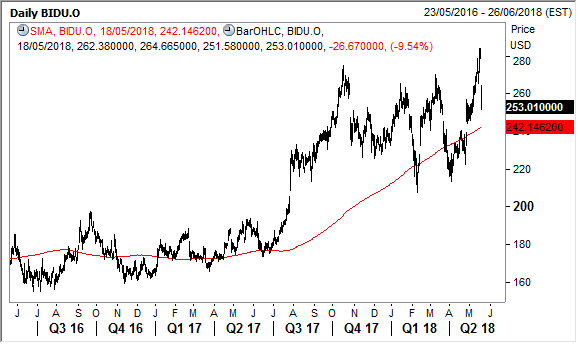 Walt Disney’s and Marvel’s latest blockbuster, “Avengers: Infinity War” racked in more than 1.7 billion yuan (US$266.6 million) at the box office since hitting the cinemas in China on May 11. The film had 387 million yuan in sales on the opening day in Chinese theatres.

“Avengers: Infinity War” tells the story of the Avengers and Guardians of the Galaxy who attempt to stop Thanos, one of the most powerful, insane, and evil of all villains in the Marvel universe, from collecting the Infinity Stones.

The “Avengers” franchise has been a sensation in the Chinese film market. The first instalment, “The Avengers” released in May 2012 brought in 568.5 million yuan and the second film, “The Avengers: Age of Ultron” released three years later grossed 1.46 billion yuan.

Globally the “Avengers: Infinity War” has now surpassed “Jurassic World” to become the fourth highest grossing film in movie making history. The film has earned US$1.68 billion globally after a sheer 22 days on the circuit. The 4th instalment of the “Avengers” franchise will be released on May 3, 2019.