In Australia the market was flat on Thursday with the ASX200 holding the line at 5986. Consumer discretionary stocks underperformed, while the banks were also weaker. The benchmark index looks to be grinding its way back over 6000, and renewed momentum in the resources sector will certainly help in this endeavour.

Spot iron ore prices have rallied 15% this month, while oil is at two year highs, and commodity prices have been robust across the spectrum. If current pricing is maintained we will see earnings upgrades across the sector, and a reweighting by many fund managers.

I made the point earlier this week, and it is worth revisiting that we have the likes of JP Morgan coming out and saying that earnings in the resource sector have peaked. Their reasoning? – Commodity prices are trading above their “medium-term forecasts.”

There is a similar thread with many other brokers and fund managers. My question though is at what point does the consensus come out and admit they might have it wrong? Iron ore prices aren’t going to go back below US$50 just because Citi, JPM, or Goldman’s say it should (BTW see my comments of former Goldman Sachs head Jim O’Neill above).

We believe the global supply/demand equation (and outlook) is generally supportive of current commodity pricing, and further strength. Time will tell if we are right, but if we are the consensus fund management fraternity will also have to backtrack somewhat on their projections for 2018. When this happens there will likely be a scramble for further exposure to high quality names.

As a proxy for Chinese commodity appetite, iron ore certainly gets a lot of attention, and has been on a tear this month. Prices for ore with 62% ore content leapt a further 4% on Thursday to US$67.70 a tonne. This occurred as a clampdown on pollution in China gets underway, igniting demand for higher grade ore, while inventories are also low heading into winter.

This is good news for the high quality producers in Australia such as Rio and BHP which were both firmer yesterday. Interestingly enough many of the brokers still have ‘buys’ on both, yet on the other hand are also forecasting iron ore prices will go below $50 next year…an each way bet perhaps?

BHP is in the process of breaking out to new medium term highs above $28. BHP is a core holding in the Contrarian Fund along with our Australian and UK Managed Account portfolios. 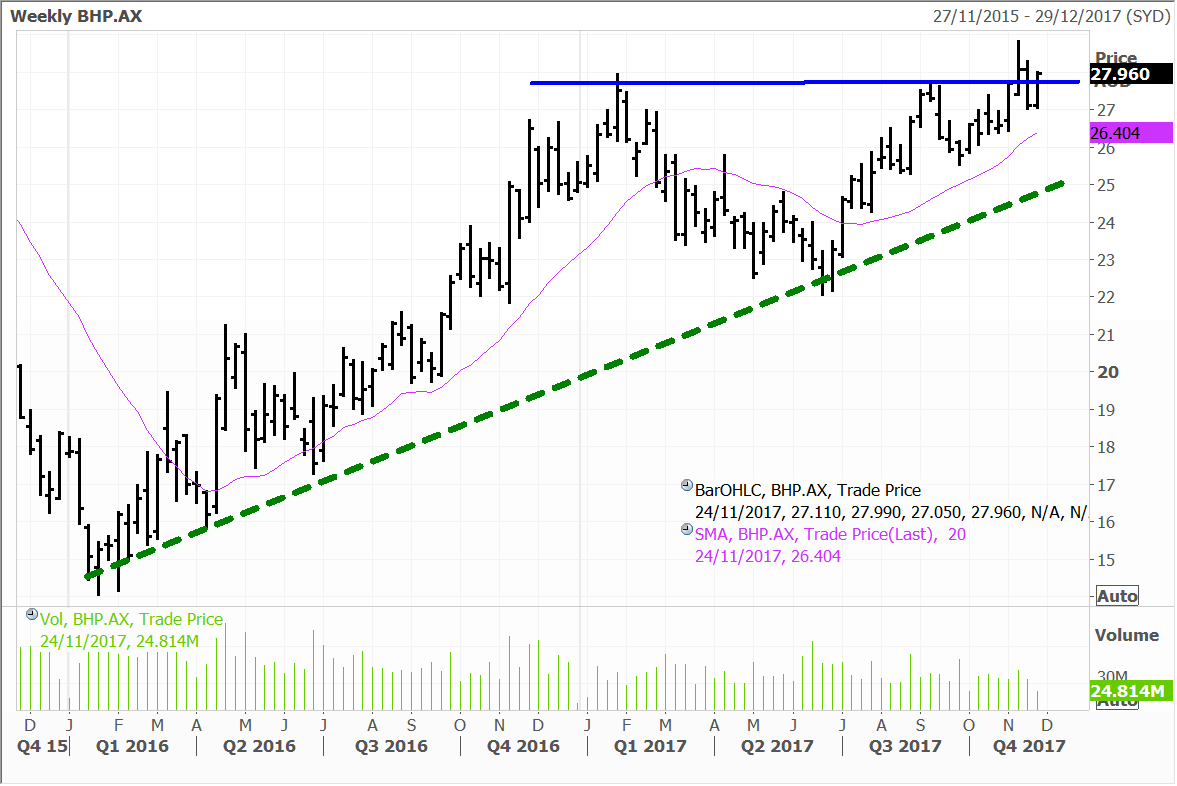 Of course isn’t all about iron ore, with oil prices hitting two year highs, and our bullish projections at the start of the year are suddenly looking a lot better. Bears might suggest that pricing strength is due to temporary factors such as Middle East tension, the shutdown of the Keystone pipeline, but these all go to the underlying tightness of supply.

OPEC is also likely to turn the screws further when it meets next week, with output cuts likely to be extended till next year. We also have the onset of the Northern Hemisphere winter which typically adds a few dollars to pricing.

It is not just about the near term either, with a view that we are reaching ‘Peak Oil’ having some holes in it. The reality is that we are many years (and most likely decades) away from where petrol demand evaporates as the world moves to electric vehicles. Oil though is also used in almost every manufacturing process around, so I don’t see the world’s thirst for fossil fuels disappearing any time soon.

Spanish pizza chain Telepizza was up 1.69% yesterday. Its 3Q numbers confirmed chain sales were up 10% year on year which underpinned a 3% growth in EBIT. EBITDA rose 3% to €16m while margins contracted slightly to 17.8% due to higher milk costs. Competition in Spain remains strong but the company is forecasting like-for-like sales growth of 4% in this key market as it invests in launching new products, refurbishing its stores and increasing its digital penetration (via the launch of a new app this summer) in order to ‘bring it’ to their rivals.

The big growth kicker however is expected to be their expansion into Mexico, with a high likelihood of Telepizza engaging in M&A in the near term. Management ended their 3Q conference call by recognising that a corporate move could happen over the coming months. Telepizza has a long term target of 500 stores in Mexico and is looking for a “local partner”. 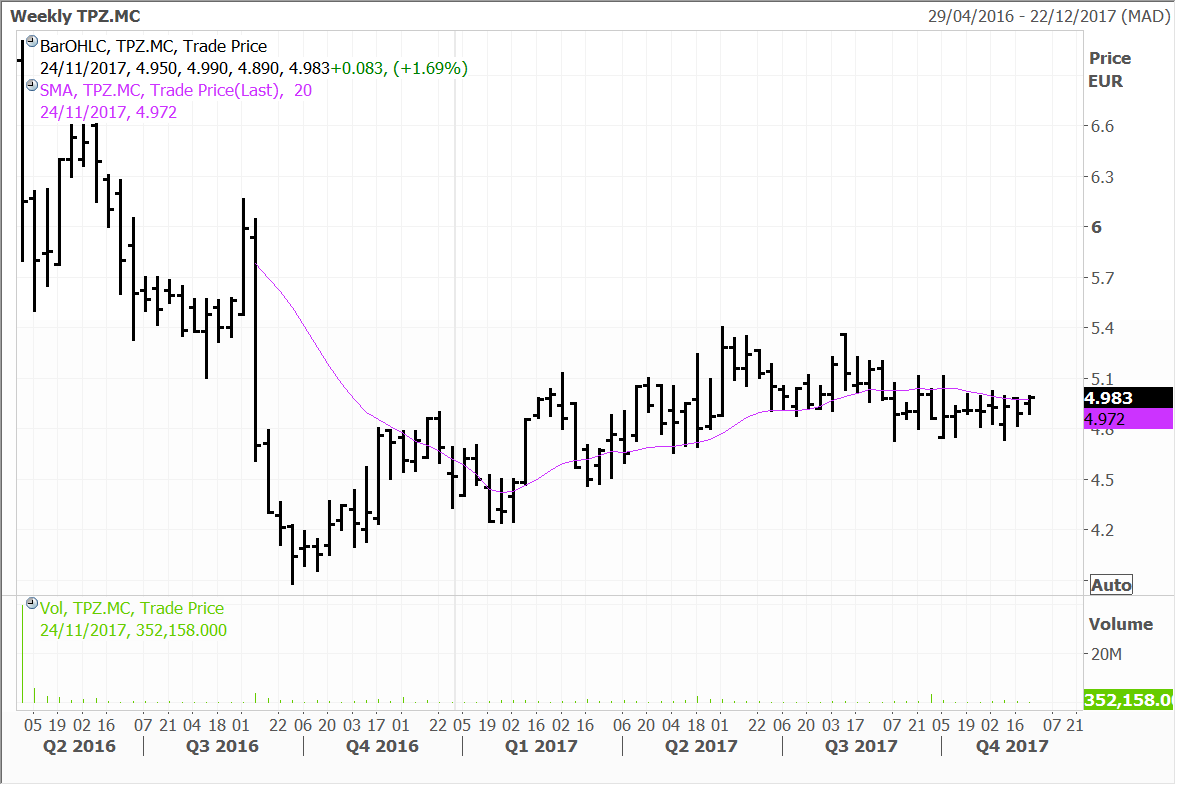 The most likely candidate is YUM brands subsidiary Pizza Hut which has a small presence in Mexico with 20 stores vs Domino’s Pizza which has 650 stores and >50% market share. So while Telepizza can expect to face some strong competition in this market the opportunities for growth are still great given the large size of the market and the relative under-penetration of the market as a whole. We hold Telepizza in the Contrarian Fund, Global Opportunities and European Managed Account portfolio.