US equity markets were mixed to say the least on Wednesday with the Dow Jones off 0.27% at 23,526 the S&P 500 flat at 2,598. The Nasdaq composite rose 0.07% to 6,864 and traded at a record level. The Russell 2000 index of small cap stocks also briefly hit a record high during the session. The equity markets took the Fed minutes in their stride, while the dollar softened. Treasuries rallied as officials predictably pointed to a December rate rise, but didn’t give too much away as it relates to the path of tightening in 2018.

The language as ever was cautiously worded, reading “Participants expected solid growth in consumer spending in the near term, supported by ongoing strength in the labour market…Many participants thought that another increase in the target range for the federal funds rate was likely to be warranted in the near term.”

We have all known for some time that rates were going to rise, with the US economy improving, and an increase in December is all but a given. As I have been saying for some time though, I think that having kept rates ultra-low for some time, the Fed will not want to ‘shock the system’ by tightening too quickly.

Janet Yellen has certainly followed the path of her predecessors in exercising extreme caution at each and every juncture in settling monetary policy. I expect it will be more of the same when the Trump appointed Jerome Powell takes over as head of the central bank. Mr Powell will be tasked with not rocking the boat, and keeping the economy and stock market running smoothly at all costs. The rules have no doubt already been spelled out, and I don’t think there is any doubt he will play by them. 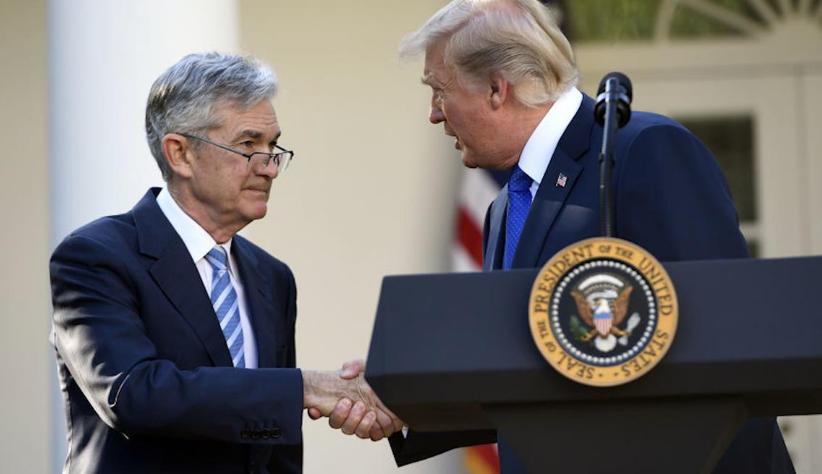 In Australia the market had a positive session on Wednesday, with the ASX200 closing up 22 points at 5986. The energy and resource sectors led the way, and we will likely see more strength her today following gains in the Northern Hemisphere trading sessions. Sentiment was boosted by a 4% jump in spot iron ore prices, and advances in oil, along with base and precious metals

It remains our view that the earnings upgrades that are going to come through over the next 6-12 months are going to spur further buying in the resource sector. This scenario will also be fundamental to further strength in the ASX. We remain overweight the high-quality producers such as BHP, Rio, and South32.

In Japan Mitsubishi UFJ was up 2.15% in yesterday’s session as the bank looks to expand its footprint in Europe to boost income outside of the domestic market. The lender plans to open a new subsidiary in Amsterdam to continue to provide uninterrupted services to Europe post the Brexit. Currently profits in Europe make up 10% of profit outside of Japan, with the 23% stake that the bank holds in Morgan Stanley being the key contributor.

The bank is coming under increased scrutiny in the US after its branches in New York, Illinois, Texas and California were granted federal charters allowing the banks to be regulated by the Trump administration instead of the state government. We hold Mitsubishi UFJ in the Contrarian Fund, Global Opportunities and Asian Managed Account portfolios. 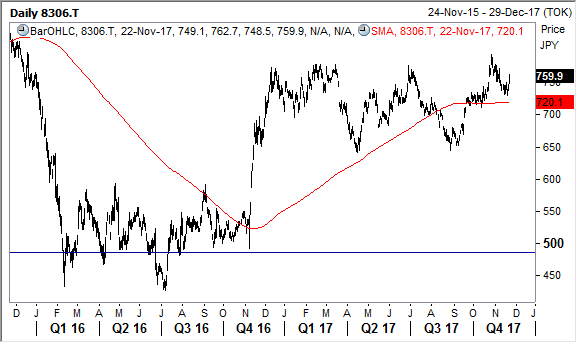