The market finally “revealed its hand” on Friday in the US with all three major indices closing out the worst week in two years. The S&P 500 and Nasdaq lost around 2%. Volatility surged 28% with the VIX rising above 17 for the first time in a few years.

On a more superstitious note, the Dow Jones dropped 2.5% or 666 points, which by the way was the same level the S&P500 declined to during the low point of the GFC. The US indices are down close to 5% and I think there is probably further to go (we are on the record for calling a correction of between 5% and 10% this year).

Since breaking upwards through resistance at the top of the channel, the S&P500 has accelerated to the upside, so a “healthy correction” is somewhat overdue. Our downside target for the S&P500 is 2600/2650 or around another 5% from current levels – as the markets ‘acclimatize’ to higher volatility levels and higher interest rate environment. 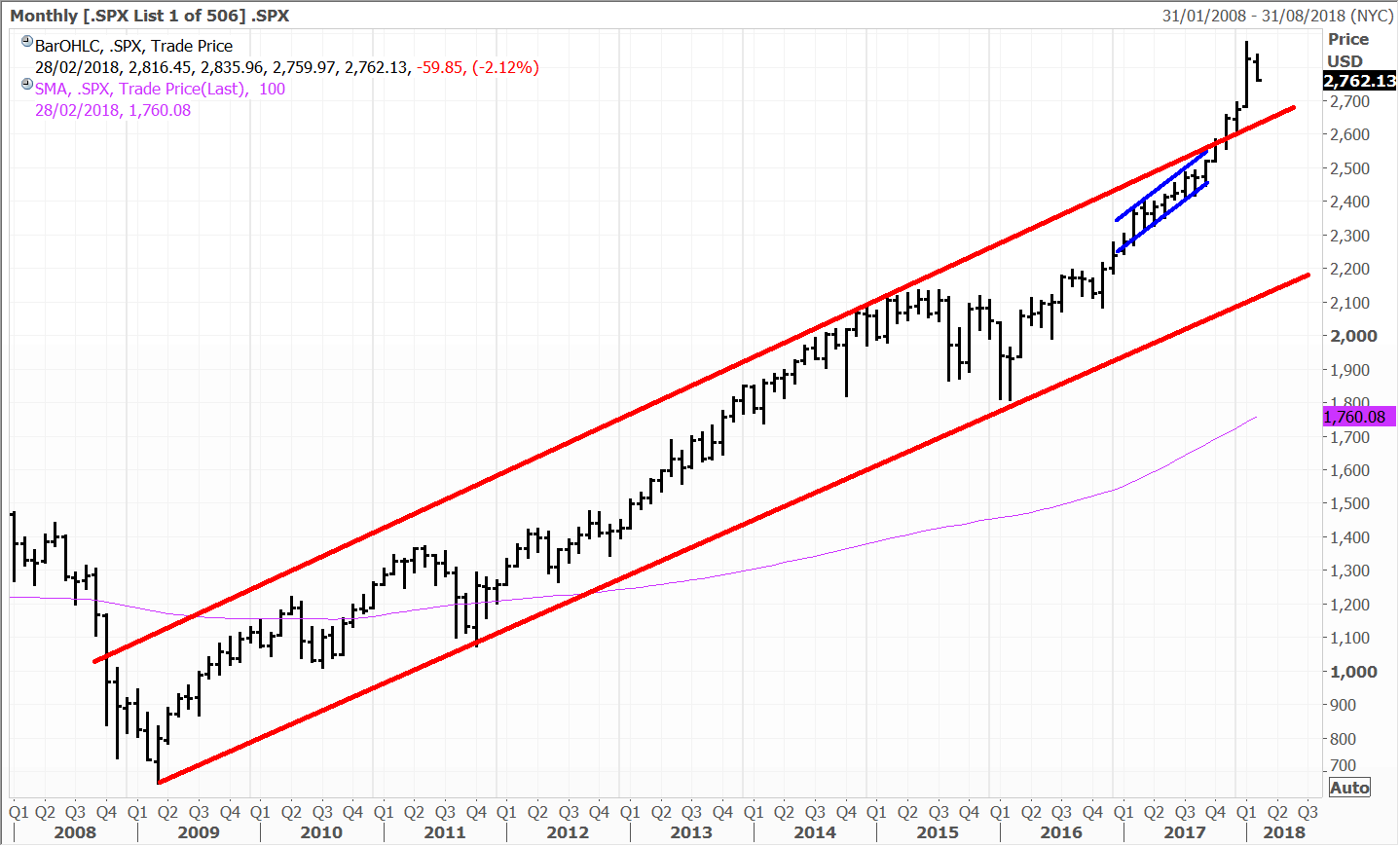 The catalyst for the correction was “good news”.  The US non-farm payroll numbers came in, easily beating estimates with “wage growth” the best since 2009. This fractured the US bond market with 10 Year T Bond yields rising to 2.85% and smashing decisively through historical resistance.

This is the same historical resistance that I wrote about last year on many occasions, and which defined the line between the bulls and the bears. The bull market in bonds has taken around a year to break down, but we now have reached that critical inflexion point.

Up, up and away! Friday’s jump in volatility stemmed from the 10 basis point upward move in the US T Bond yield which has pierced and decisively broken through long term resistance. Whilst a retest of the breakout level around 2.6%/2.75% is possible in the weeks ahead, I see this move as being a key inflexion point for the US and Global bond markets.

The markets look set to get more edgy as the prospect of higher interest rates loom, but this scenario has been on the cards, with looming inflationary pressures, and we have been calling this for some time.

We are well positioned here, and in addition to the resource sector there will be other companies that will do well in this environment. This includes QBE Insurance which will see investment income ratchet up materially as bond yields break out to the upside. We hold QBE in the Global Contrarian Fund as well as the Concentrated Australian Share, and Global Opportunities managed account portfolios. 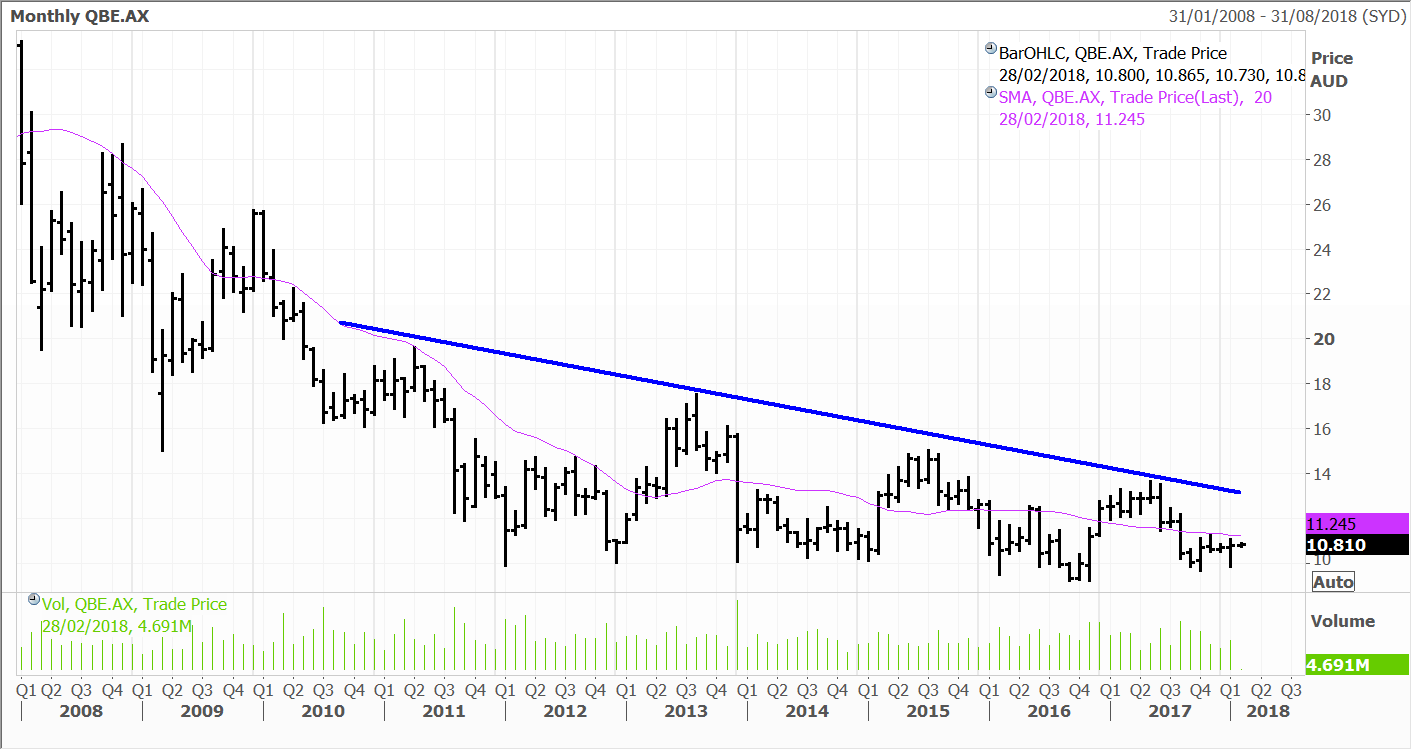 Higher inflation will also be a boost for traditional safe havens, particularly precious metals in our view. We continue to have a strong position in the sector. Evolution, which we hold in the Concentrated Australian Share, Mining & Resources and Small & Mid Cap managed account portfolios, rose 3.2% on Friday, and is high quality exposure in my view. 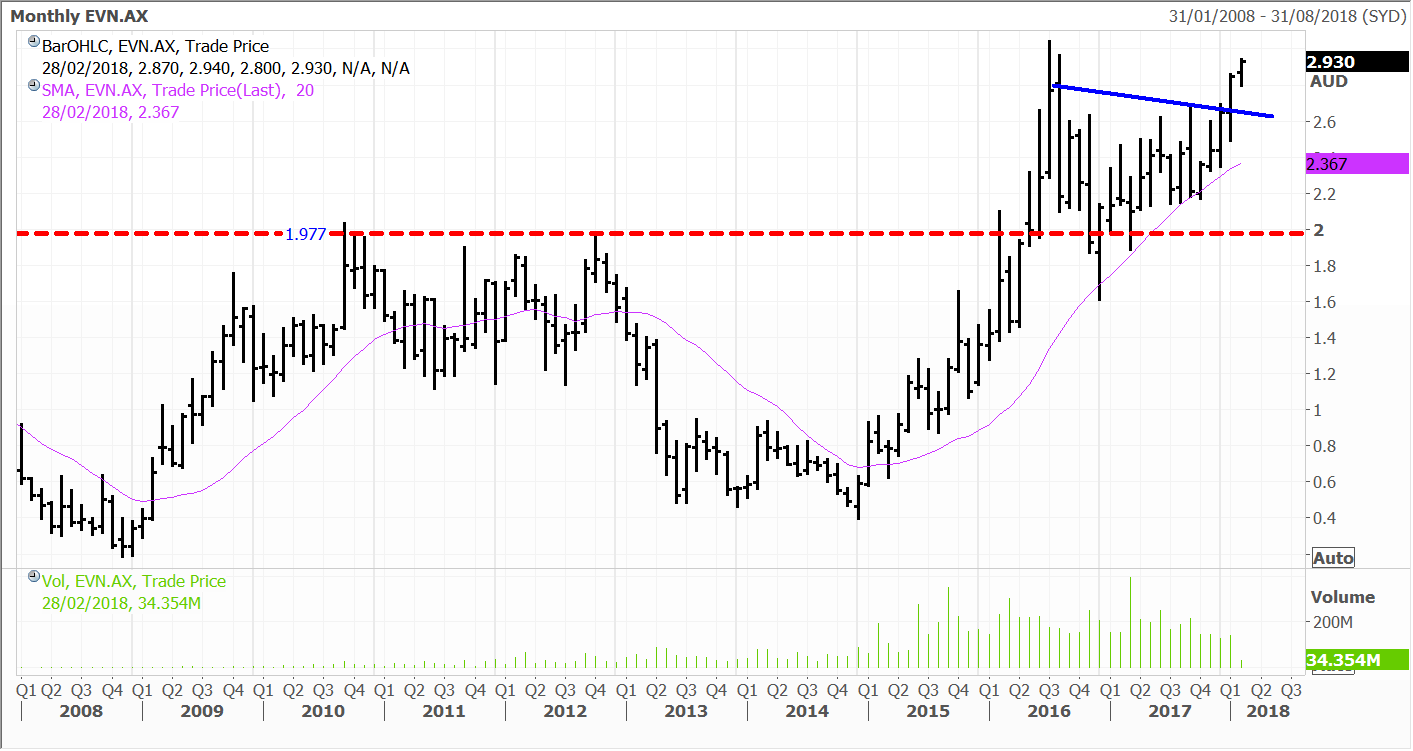 Sony, a holding in the Global Contrarian Fund, along with the Global Opportunities and Asian Managed Account portfolios, closed 1.9% higher on Friday. The company’s reboot of Jumanji has enjoyed a stellar run at the box office.

Sony has forecast a record profit for the fiscal year ending March 2018. The robust health of Sony is a testament to the restructuring efforts of Kazuo Hirai. He has spun-out or sold several businesses such as the Vaio computer business and through triage has returned segments such as the Home Entertainment and Sound (TVs) to the black. Meanwhile, the PlayStation and sensors businesses are thriving, with the former crossing the 70 million in unit sales by the end of 2017. 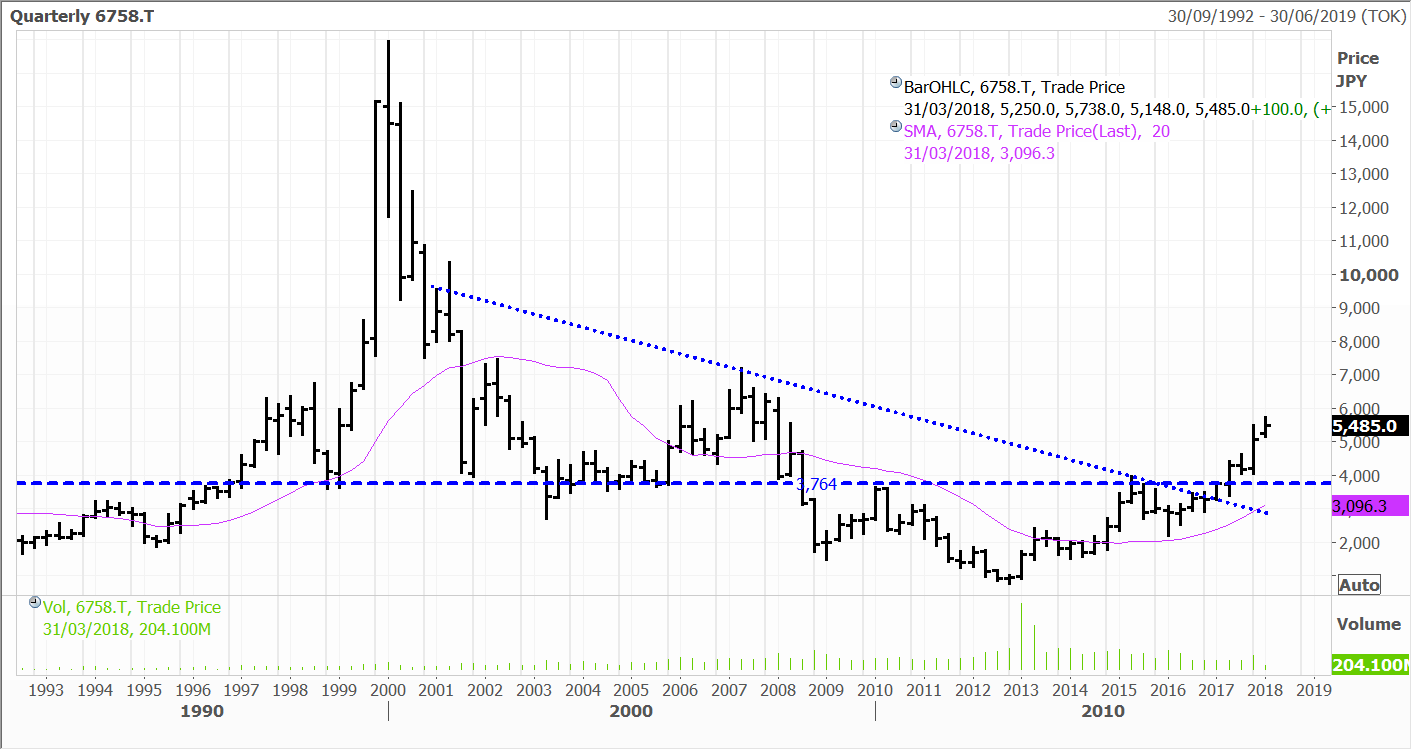 The Macau casino operators faced some pressure after the news that China is drafting rules to allow gambling on Hainan Island. The island is the smallest and southernmost province of China and a popular hotspot for local tourism. Hong Kong-listed shares of MGM China and Sands China finished 1.4% lower after recovering from bigger losses early in the day. Wynn Macau, which was under pressure earlier in the week after the sexual misconduct allegations regarding Steve Wynn broke, closed 0.2% lower. All three stocks are held in the Global Contrarian Fund, the Global Opportunities and Asian Managed Account portfolios. 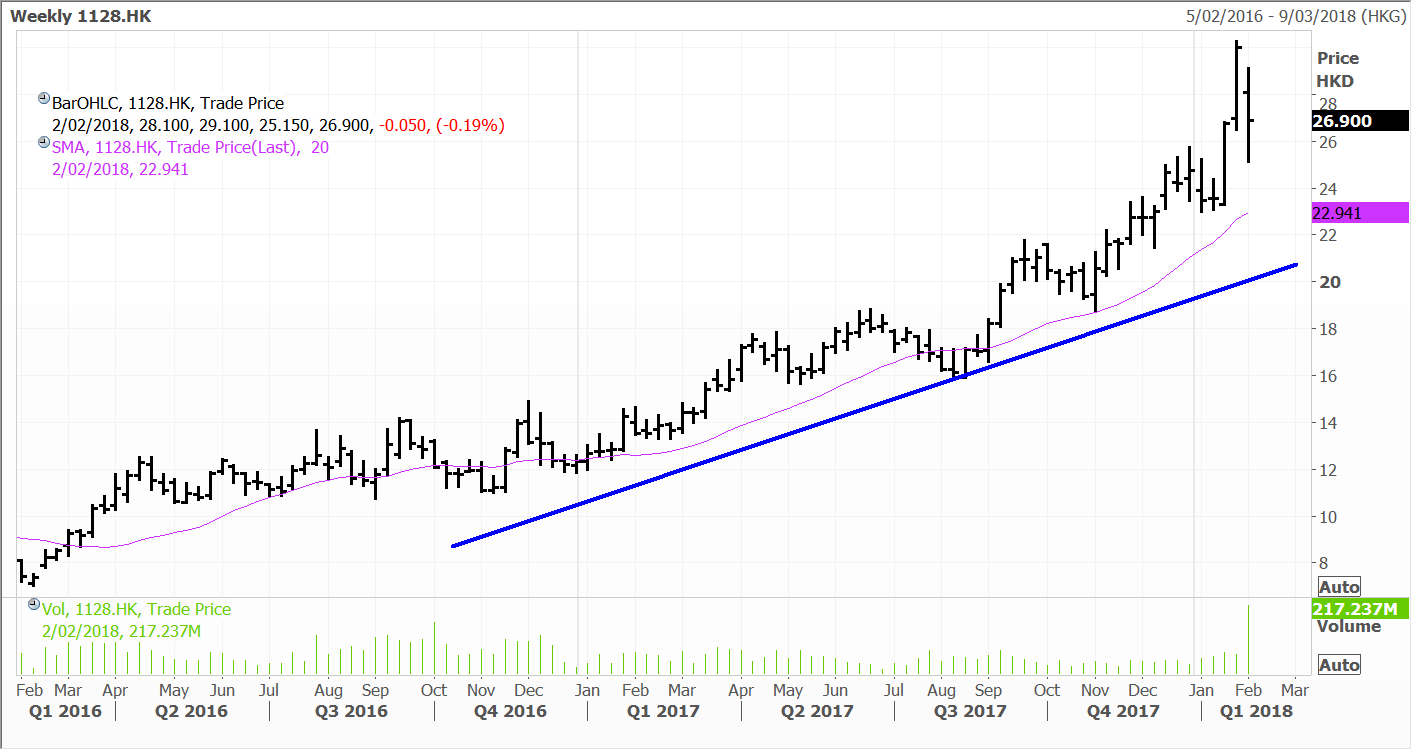 Energy stocks had a strong day, with the likes of PetroChina and CNOOC (held in the Global Contrarian Fund) up 3.8% and 4.8% respectively.

Turning to Europe, markets were soft again on Friday, extending the losing streak to five days. Banking stocks were under pressure after Deutsche Bank declined 5.8% on the day after posting disappointing results. Caxiabank SA shares lost 3.0% in trading in Spain after also reporting softer numbers, while Bankia SA dipped 1.2%.