QBE Insurance was on the receiving end also yesterday after once again failing to live up to investor expectations. The stock was down 7%, despite the company posting a 30% increase in net profit to US$345 million. The insurer saw a strong underwriting performance in North America and Australasia, which offset a rise in claims in emerging markets. The company recorded an underwriting profit for the period of US$154 million, up strongly from US$54 million last year.

The market focussed on the ‘bad’ however and the problems QBE (chart below) has had in emerging markets with rising claims. The emerging markets insurance division reported a combined operating ratio of 110.8%, which means the unit is losing money. Rationalisation is therefore probably on the cards.  While ruling out a sale, QBE is taking action, and is reverting to two separately managed divisions in the Asia-Pacific region and Latin America. A review is underway, and the EM CEO is stepping down. 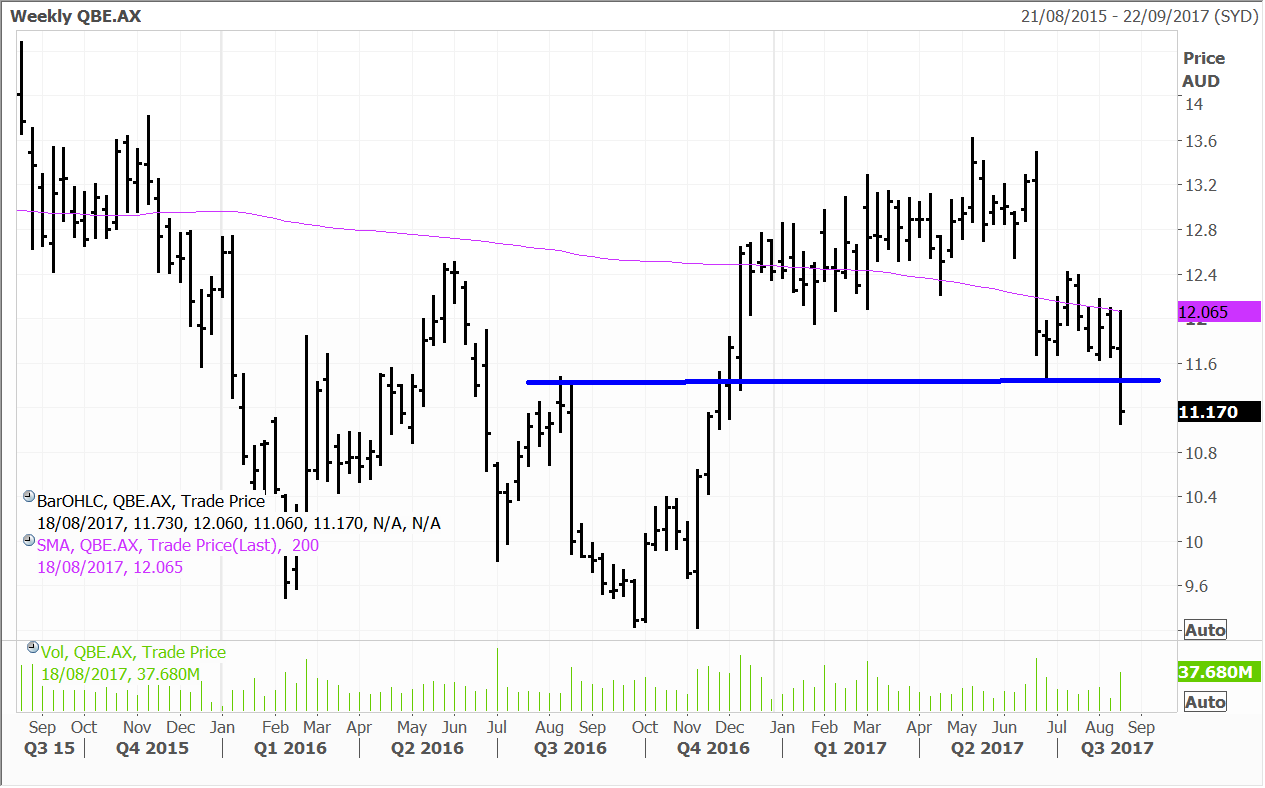 The market though may have missed the point here, with remedial action being taken and given core divisions elsewhere were performing well. Premiums are also seeing some upward pressure. The problem however seems to be more that the market has been thrice bitten, and is now four times shy, given past warnings, earnings downgrades and general disappointment.

QBE is the stock that every fund manager loves to hate. We still see QBE as a good investment story, although this may now be one for 2018, with the global yield curve flattening and long term bond rates falling. We continue to hold QBE in the Global Contrarian Fund (although we lightened our position a few weeks ago) and in the Global and Australian Managed Account portfolios.

Spain’s Ibex (chart below) weathered yesterday’s terrorist attack very well, losing less than 1%. I think this points to the fact that the economy is surging ahead after a lost decade following the GFC. With unemployment falling rapidly, Spain is primed for an economic renaissance. We hold names such as Bolsas Y Mercados (the Spanish stock exchange), Bankia and Telepizza in the Global Contrarian Fund, as well as the European and Global Managed Account portfolios. 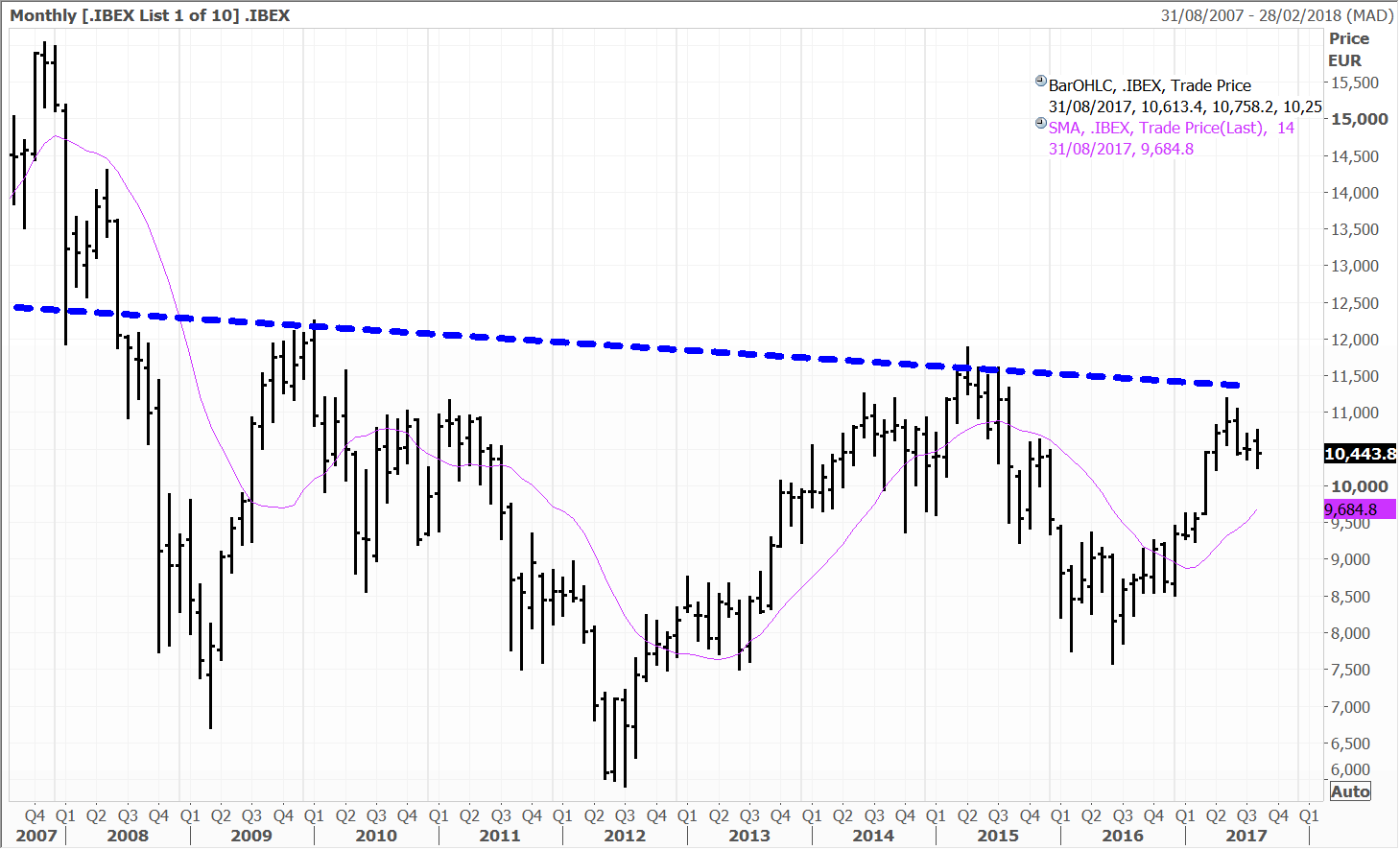