In Australia the market opened strongly on Friday, with the ASX200 hitting 5978 before pulling back to 5960 at the time of writing. Most sectors were in the green, with the buying in the banks providing impetus but the energy sector surging as reports of a takeover bid for Santos were confirmed. The jobs numbers confirmed the strength of the labour market, and why inflation must surely be an increasing feature. The highlight of the session though was the first day of trading in Domain, with the split in Fairfax complete. The demerger came on at a premium, and I expect an ongoing re-rating process for both companies to continue over the medium term.

We have seen the spin-off of Domain from Fairfax Media as a providing a key inflection point for the unlocking of shareholder value. Yesterday saw the completion of the split with Domain Holdings Australia having its first day of trading on the ASX under the ticker DHG. 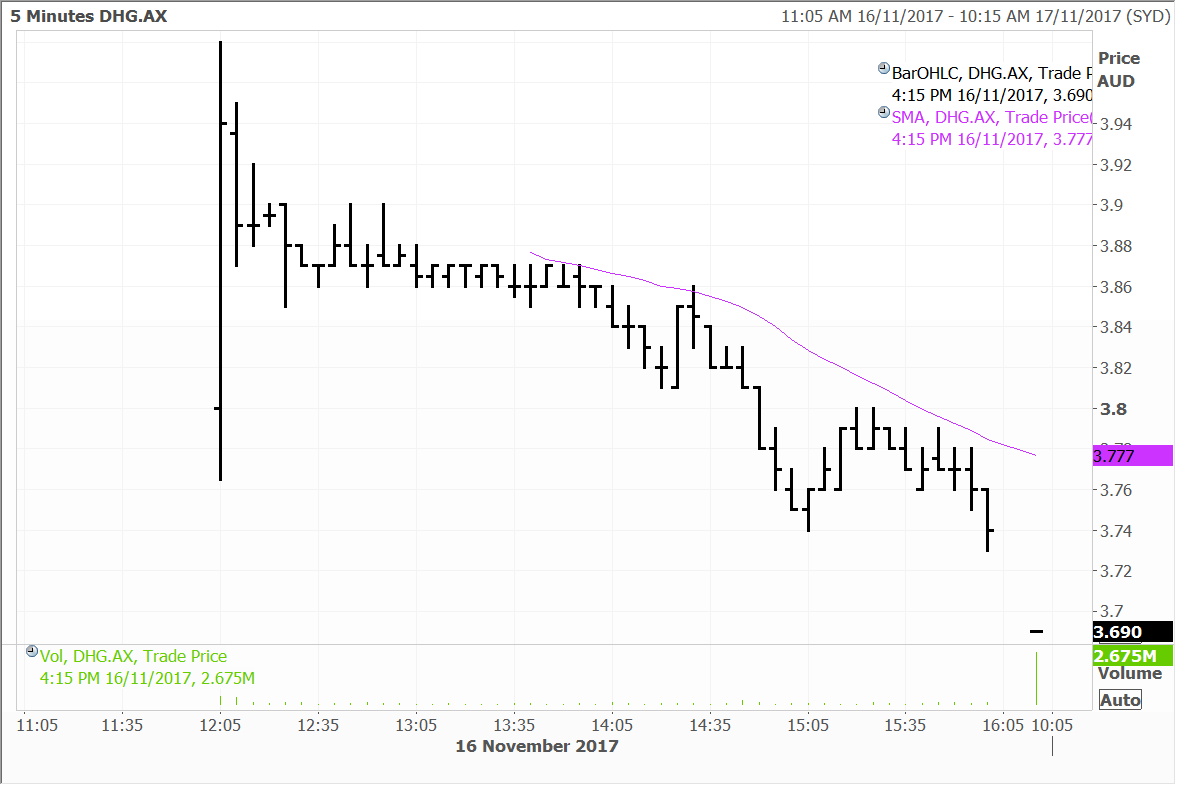 Fairfax shareholders will have received 1 share of Domain for every 10 Fairfax shares held. Fairfax Media shares are now trading ex-entitlement. This has meant a natural adjustment in the pricing in Fairfax shares which declined 31% on the day to 73 cents.

Domain itself traded as high as $3.98, before closing at $3.69 on Thursday. This effectively means that the combined entity closed at around $1.10 a share placing it higher than Fairfax’s closing price of $1.06 on Wednesday. The shares therefore came on at a premium, and I think there is further to go in the re-rating process.

Having been demerged from Fairfax, Domain is free to be priced more in line with a new media company of its ilk, and not be weighed down by depressed sentiment towards the old media business. Domain now has a market capitalization of $2.12 billion with an earnings multiple of around 19 times. This is not a stretched valuation when you consider competitor REA trades on a similar multiple – but with a $10 billion market cap. Domain is smaller and nimbler and the number two player in the Australian online real estate market, but by definition this should allow earnings to grow faster.

For an idea of how this may all play out, I was reading a note from Morgan Stanley which makes a very good point in referencing a comparable situation in the UK. There, real estate portal ZPG was spun out from the Daily Mail in 2014, and its share price has surged since. ZPG has flourished after coming ‘out from under the umbrella’ from the Daily Mail, and is consistently achieving EBITDA margins of around 40%. The company has also been able to target growth by acquisition, and also branche out into digital businesses. Indeed the company has made a tilt for Gocompare, a stock that has been recommended by our UK analyst team.

Similarly ZPG is also the number two player in the UK, behind Rightmove, and has been able to make stronger progress than its bigger rival. This has seen the valuation gap close quickly between the two. Indeed, in the first year of listing, ZPG traded at a premium to RMV. Will history repeat in Australia? Time will tell. 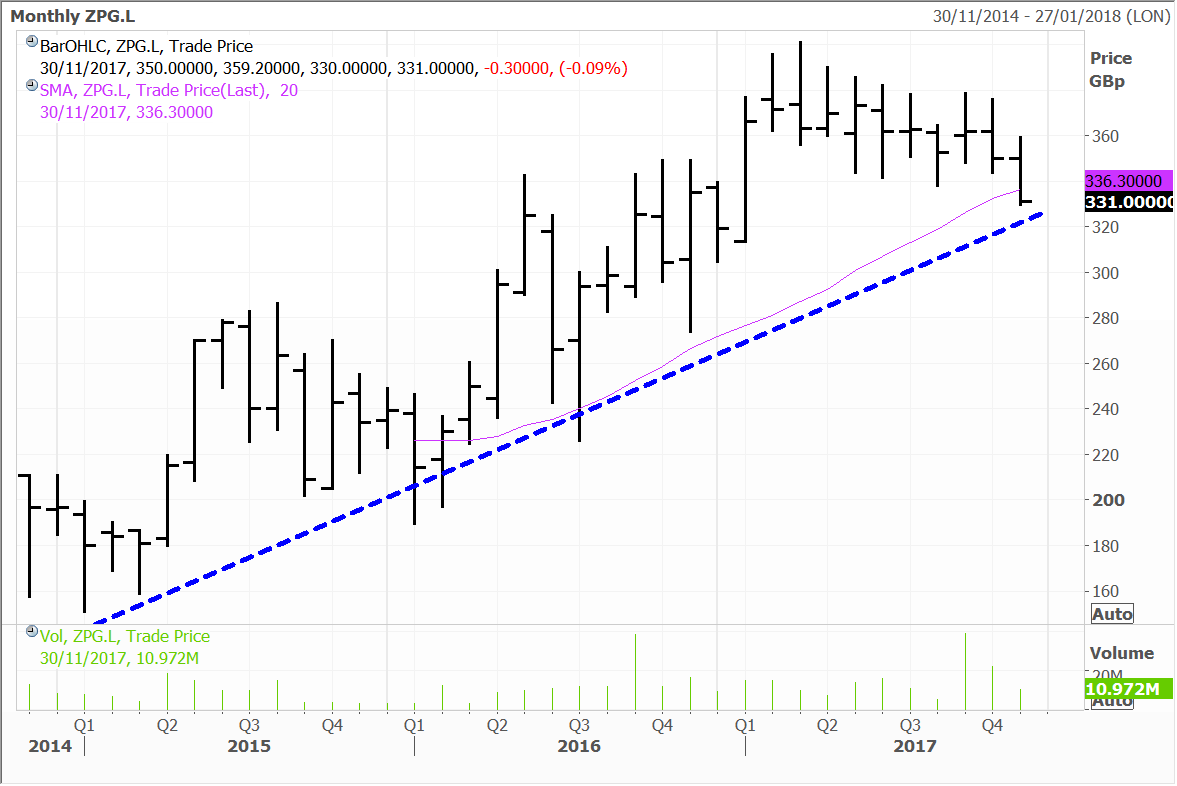 I also see Fairfax Media itself being re-rated on a number of counts. Firstly, and most obviously, the company still owns 60% of Domain, and will therefore participate in any upside there. The company also has another high quality digital investment in Stan, which in a similar vein is well placed behind the incumbent streaming player in Netflix.

We also believe that there is significant upside pricing risk in the print media assets themselves. Stripping out the holding in Domain, the current market capitalisation of Fairfax is just $420 million. This means that the market is valuing the non-Domain parts of Fairfax (which also includes Stan which is not making money yet) at less than two times earnings.

This seems very low, and is clearly not allowing for any improvement in the advertising cycle. That aside earnings gains are also likely to come from further cost cutting, as well as the leveraging of the company’s digital assets. This is also without allowing for the wild card of media reform.

vFairfax’s share price has been adjusted for the demerger yesterday. On the rebased chart below, technically Fairfax continues to look robust. I anticipate Fairfax to advance above the 2017 breakout level (now adjusted down to 70 cents). 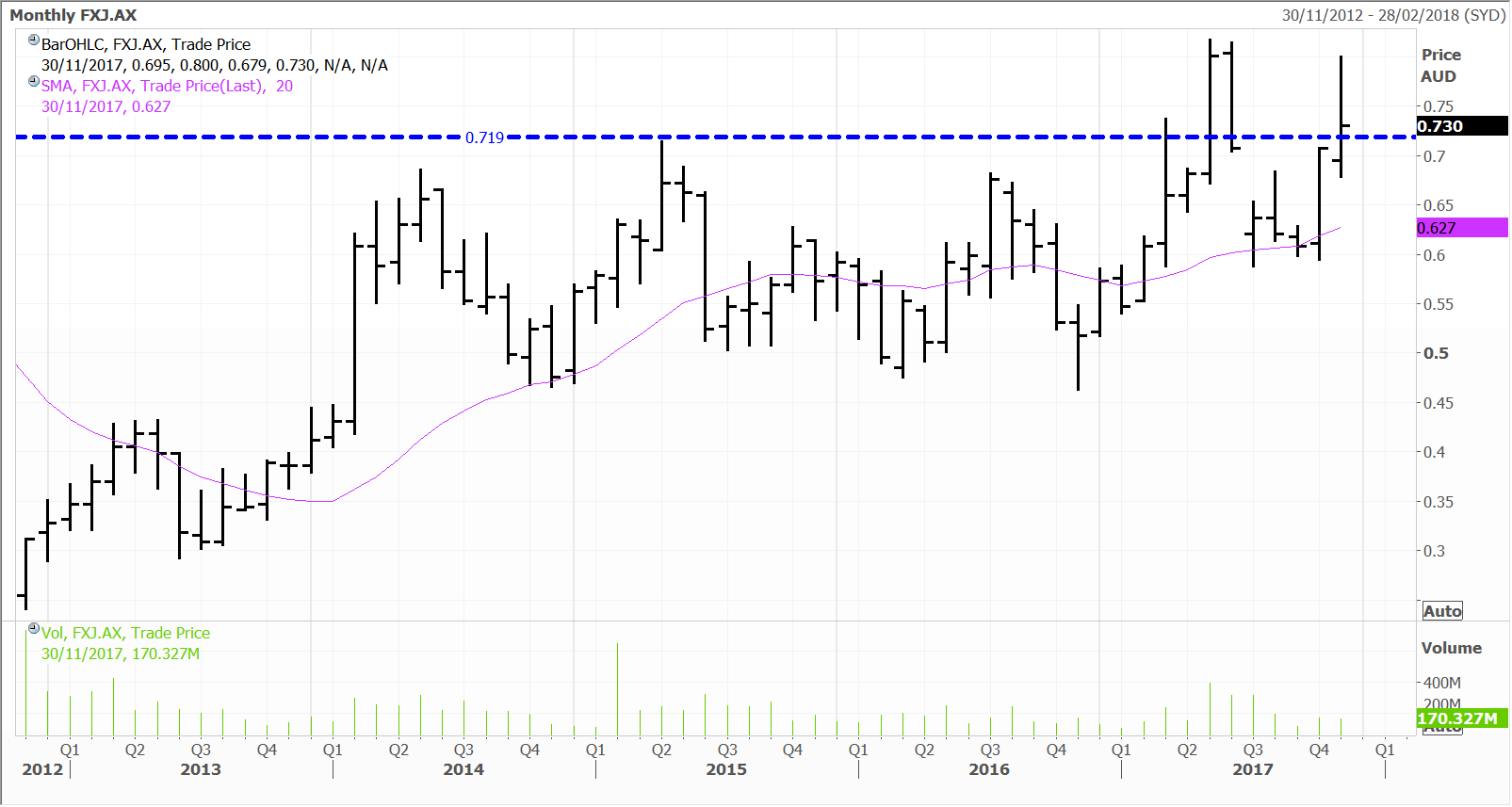 So while Domain CEO Anthony Catalano rung the bell on the company’s listing yesterday, this may be a metaphor for the re-rating of both Domain and Fairfax’s shares over the medium term. The “cat is certainly out of the bag”, and we continue to hold a positive stance towards both stocks.

German Automaker Volkswagen rose 2.3% yesterday, with the company announcing that it will spend about €1.8 billion to expand its model line-up in Brazil as it strives to return to profit in South America’s largest car market. Volkswagen plans to roll out 20 new models in Brazil by the end of the decade with 13 of these to be produced locally.

Reviving the VW brand in South America is vital for returning to profit in this region, where the automaker has slashed 7,000 jobs and shrunk its dealer network in past years which has seen it lose ground to competitors like General Motors and Fiat.

Volkswagen is starting to refocus on growth after it was left reeling from the “diesel-gate” scandal that has pushed its share price firmly into the value category. We see Volkswagen as a classic contrarian turnaround situation and hold positions in the Contrarian Fund and our European Model Portfolio. 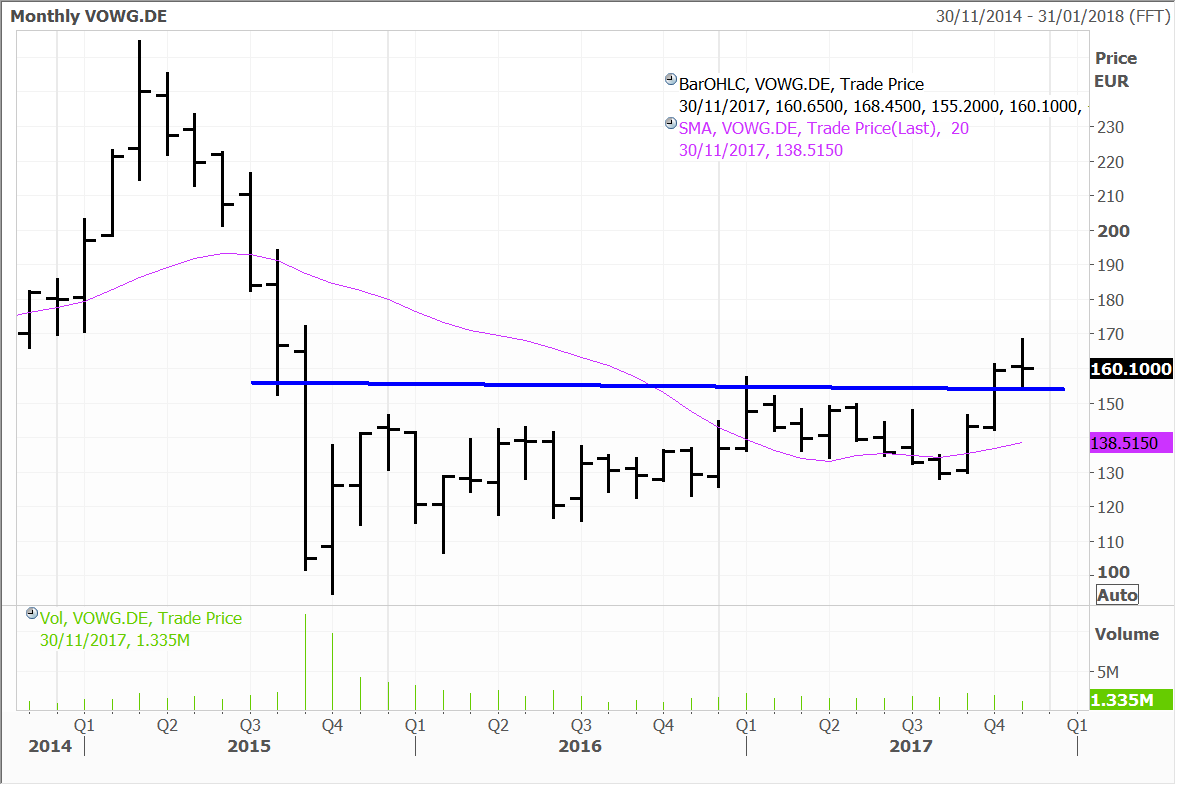