The calls for a market correction have of course been around for many months, and have come from quarters far and wide. I have been saying for some time that it is the correction that ‘everyone’ knows is coming, which is also why I expect it will prove to be “short and sweet” when it does arrive. I certainly don’t believe we have reached the ‘euphoria’ stages which typically precedes a protracted downturn with cash balances still high.

Not all agree, and former Prime Ministers are also getting in on the act. Speaking at the Sohn Hearts and Minds Conference on Friday, Paul Keating warned that investors had become complacent, with high appetite for risk having created a ‘speculative euphoria’.

He stated that “You can’t quite understand the fact that markets are so relaxed and comfortable about the conditions we’re in…No-one’s running for the door, and also right now, no-one knows where inflation is or when it might spring back. We’re in this twilight zone where asset prices are popping, the valves are popping on the engine, we know that.”

He went on further that “The one thing about running an economy is you get a lot of road feel.” And “it’s been almost too good for too long. When volatility is low and prices are high, the distortion building up…only reveals itself at the moment some stress is put on the system”.

Mr Keating also believes that (contrary to our view) markets are vulnerable to a correction that ‘nobody’ is prepared for. So much so that “when the screws go…these distortions will reveal themselves and Mr Minsky actually might have his moment again”. We are in the 10% correction camp for next year, but don’t see another crash. Markets are still “conditioned” from the GFC – which was a once in a generation event. While leverage has built up in the system, we are nowhere near the excesses that had built up in 2007.

The former PM was referring to ‘The Minsky Moment’ term coined by Paul McCulley of PIMCO in describing the 1998 Russian financial crisis. Named after economist Hyman Minsky, it describes a sudden collapse in asset prices, after a period of economic stability which encourages risk taking.

Paul Keating certainly knows how to grab attention, and who of course could forget his faux pas for the ages, and his description of “the recession Australia had to have” back in the 90s (which cost him the election). I don’t think we are about to see a repeat though, although I do go along with his views that central banks will likely be behind the 8 ball once again when it comes to raising rates. The last crisis though is still fresh in the minds, and I think that the trade-off was always going to be much higher levels of inflation. This is something we have positioned our portfolios for, and will likely be a theme running for 2018.

Shares in Fairfax softened on Friday to 71 cents while Domain shares held the line at $3.68. This effectively put the two combined at a -pre-merger price of $1.08. I continue to see both stocks as having upside re-rating risk, although some fund managers appear to be taking the other side.

Citi came out on Friday with the view that Domain is overvalued at $2 billion, and rated the shares as a sell with a target of $3.40 per share. They wrote that “While we have a positive view on the earnings trajectory for DHG (Domain), the current valuation is excessive in our view”.

Their analysts expect a softening in the construction industry to be a headwind, and have also forecast that revenue from Domain inserts in the SMH and The Age will decline to ‘zero’ over the next decade. They are also of the view that Domain digital will only outgrow its rival REA in the short term, and that the “Sydney and Melbourne volume boost is unlikely to extend much beyond FY18,”

Citi have got a few completely wrong this year, and I think they are off the mark with their assessment of Domain. If anything, listing activity is already starting to accelerate as the property markets come off the boil and volumes pick with FOMO (fear of missing out) subsiding. Sellers are clearly returning to the market after a few years of very tight supply.

As I wrote on Friday, I think that Domain will flourish now that it is out from the umbrella of Fairfax, and I go along with Morgan Stanley’s comparisons to UK listed ZPG which has doubled after demerging from parent newspaper Daily Mail.

Domain’s market capitalization of $2.1 billion with an earnings multiple of around 19 times. Is therefore not ‘excessive’ when you consider competitor REA trades on a similar multiple – but with a $10 billion market cap. As the number two player in the Australian online real estate market Domain may be smaller, but is more nimble and, quite realistically in my view will grow earnings faster. 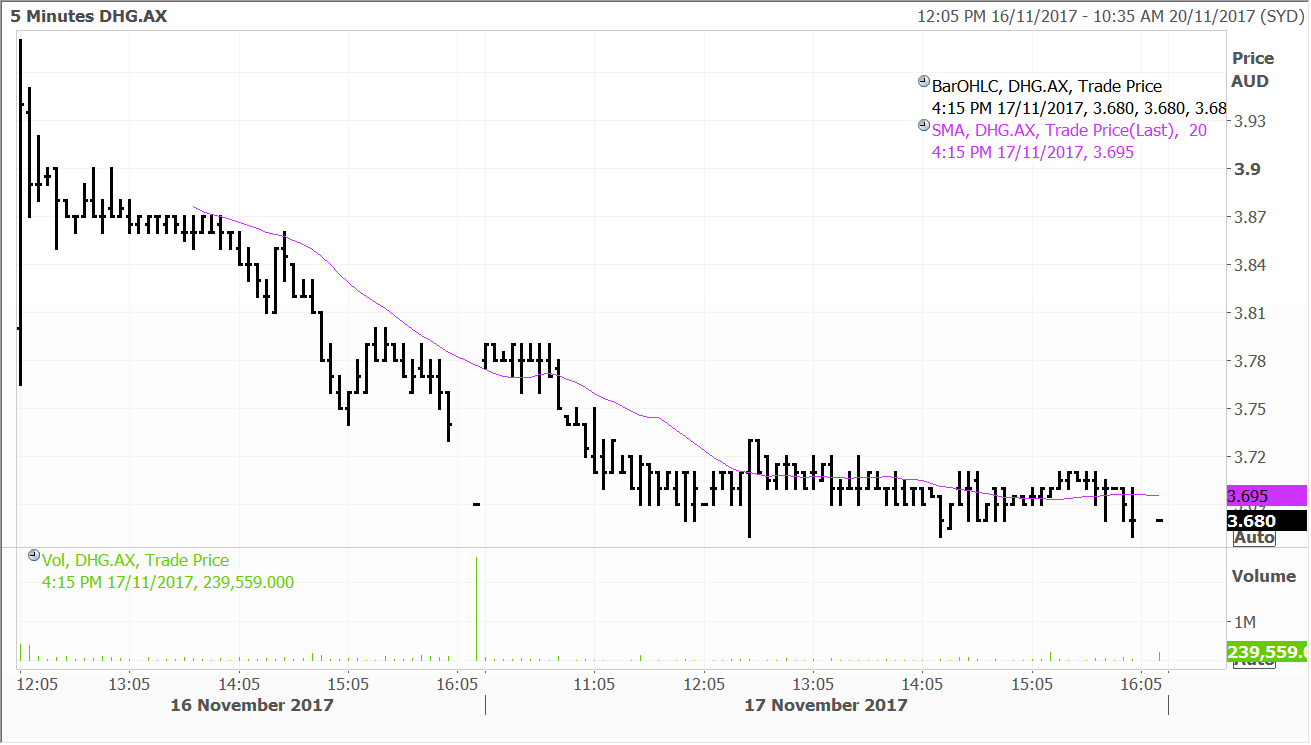 Heidelberg expects to benefit from its partner’s project experience in Georgia and improved competitiveness from the modernisation of its Kaspi Cement Plant. Heidelberg chairman Dr Bernard Scheifele noted that “the disposal is part of our portfolio review and optimisation plan with the goal to generate additional cash flow in order to support our disciplined growth and increase shareholder returns”. We hold Heidelberg Cement in the Fat Prophets Global Contrarian Fund and our European Managed Account Portfolio. 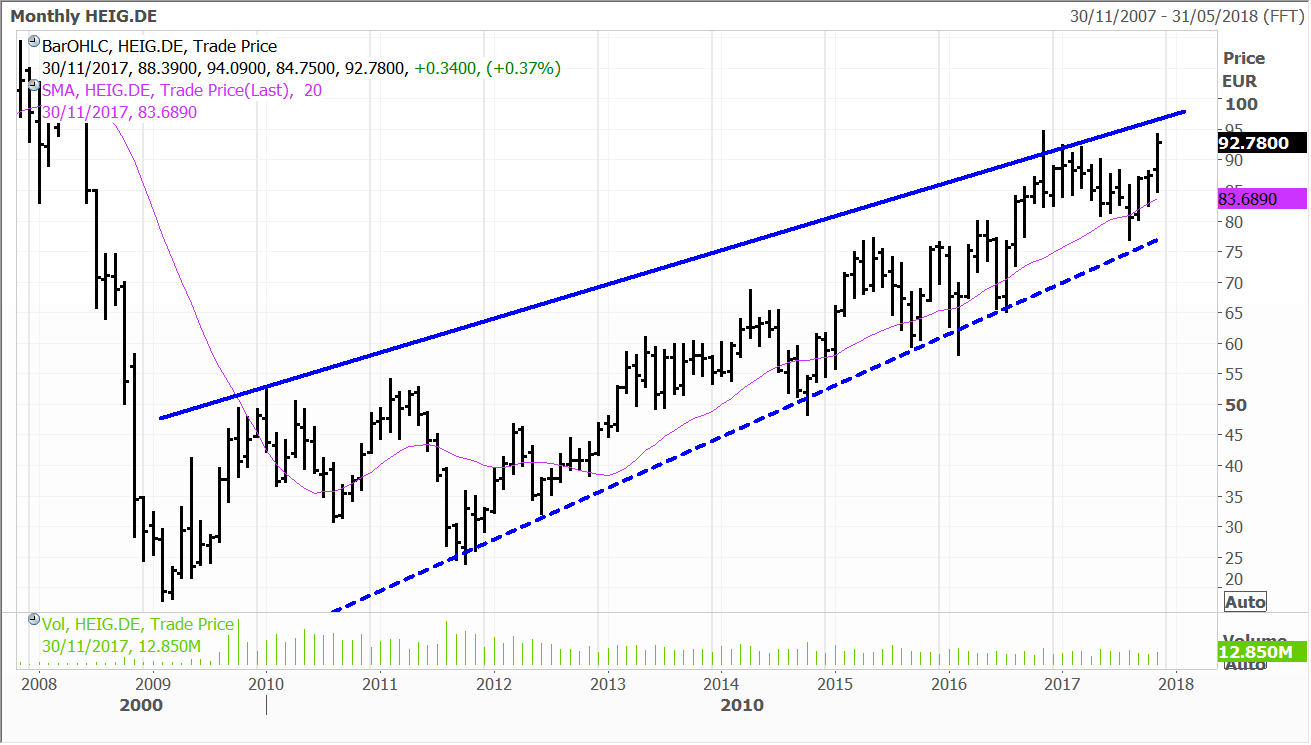 Japanese regional lender Bank of Kyoto was up 3.23% on Friday’s session on no news. The shares had drifted lower following the release of its half year result to 30 September earlier in the week which attracted buying interest. While revenue edged down 0.9% on the previous year to ¥54.78 billion, net profit was up 6.7% to ¥11.32 billion.

This was a solid result in a challenging environment for Japanese Banks but investors were clearly expecting better. Bank of Kyoto shares have lifted over 15% from lows in September and we expect performance to be given a boost by a reversal in the Bank of Japan’s negative interest rate policy at some point, which increasingly looks like it could be a 2018 story as inflationary pressures start to make themselves felt in the world’s third largest economy. We hold Bank of Kyoto in the Contrarian Fund, Global Opportunities and Asian Managed Account Portfolios. 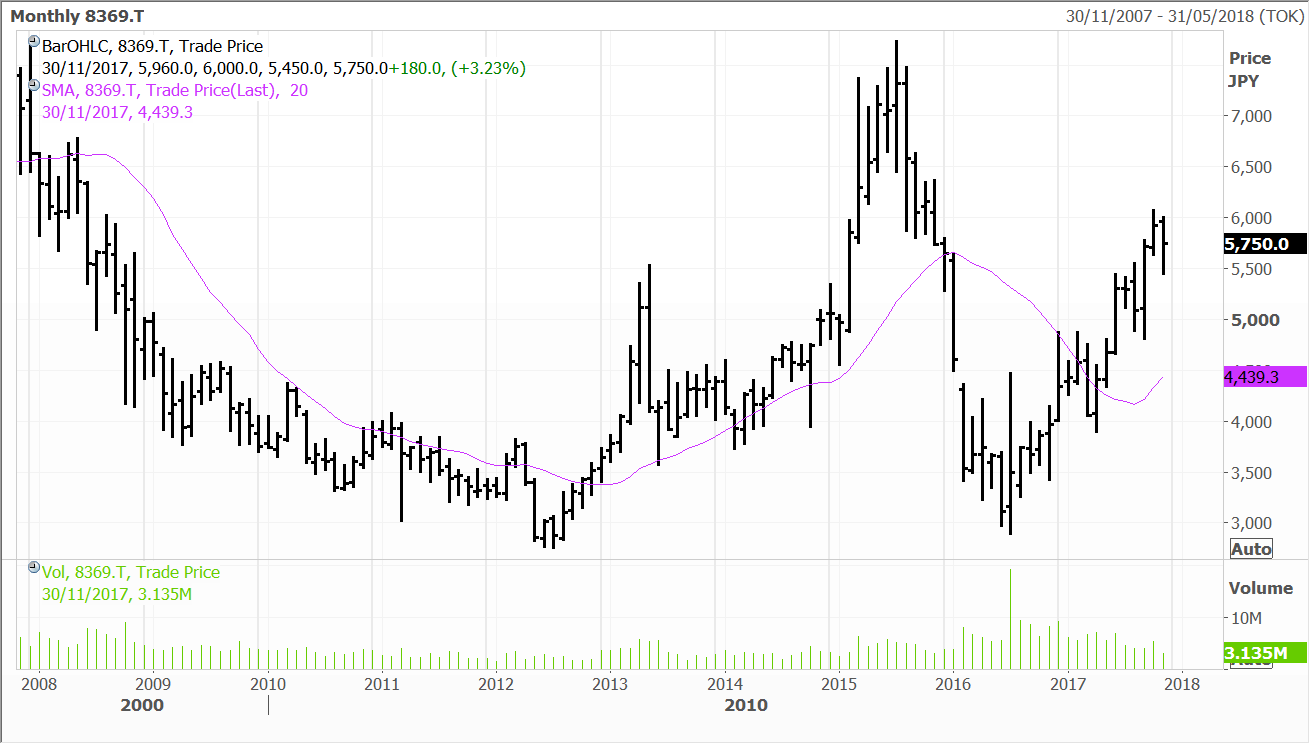 Volkswagen Group has announced a €10bn investment to develop new energy vehicles (NEVs) in China. The investment will run to 2025 and will launch 40 locally produced vehicles in China. Production of electric vehicles will start in the first half of next year with the group’s new partner. China will require carmakers to reach a production quota for electric vehicles at 8% of sales from 2020. We hold Volkswagen in the Contrarian Fund, and the UK and European Managed Account portfolios.

Baidu is a core holding in the Global Contrarian Fund, the Global Opportunities and Asian managed account portfolios.  Baidu’s strategy has tilted towards developing AI products and services in recent years.

Earlier this year, discussing the company’s strategy, Robin Li, Baidu’s Chairman and Chief Executive Officer stated, “In the second quarter, Baidu announced our new mission to make a complex world simpler through technology,” and added “To achieve our mission, we will execute on two strategic pillars: to strengthen our mobile foundation and lead in AI. We will use AI as a fundamental driver to elevate our current core business, specifically our core products of Mobile Baidu, search and feed. In parallel, we will continue to build out our newer AI-enabled initiatives through an open platform and ecosystem approach to capture long term economic opportunity.”

The theme of this year’s Baidu World conference was “Bring AI to Life”. One of the goals of the conference was to “highlight how AI can enhance the smart home experience and transform everyday life. Baidu envisions a future where intelligent vehicles, smart home devices, and AI technologies, like image and voice recognition, can improve and change the way people interact with machines and make a complex world simpler through technology.”

Baidu introduced its first range of AI-powered hardware, the Raven series, which included a home speaker and two robots. 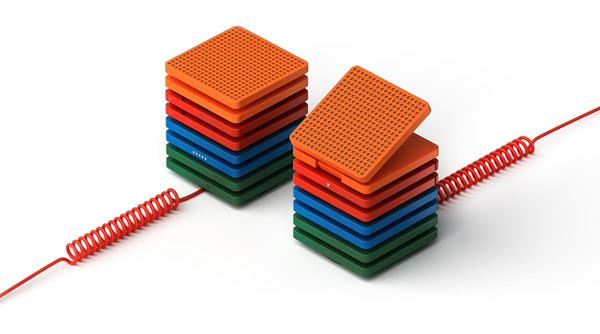 The products are powered by Baidu’s DuerOS artificial intelligence technology, which is like Google’s Assistant, Apple’s Siri and Amazon’s Alexa in that one can give voice commands and receive responses. DuerOS 2.0 was announced, just four months after the initial system was launched earlier in the year. About five DuerOS powered devices per month are being released by third-party developers.

The company also announced its AI platform Baidu Brain has opened more than 80 core capabilities to over 370,000 developers and partners that have access to the company’s open AI platform. Baidu Brain’s capabilities, including image and voice recognition, user profiling, and natural language understanding are currently being used over 200 billion times per day.

Also in the AI area, Baidu’s autonomous driving open platform Apollo now has more than 70 global partners, including the automakers Hyundai, Ford and Daimler. In China, Baidu has partnered with King Long, a major commercial vehicle and bus maker in the country, to mass produce driverless buses as soon as July 2018. On the auto side, the company is working with Chinese automobile manufacturers JAC and BAIC to launch Level 3 autonomous vehicles in 2019 and with Cherry Automobile to launch in 2020.

At the conference, Baidu unveiled a drowsiness detection system designed to alert car drivers when they are showing signs of sleepiness or distraction and will play loud dance music to alert them. FAW Group, an Apollo partner, will work with Baidu to commercialise the product.

Baidu released Mobile Baidu 10.0 at the conference, which integrates AI to news feed and search use, and links with iQiyi, one of China’s leading online video streaming platforms. The integration of AI into this ecosystem should continually help improve Baidu’s understanding of its users’ preferences and help it internally develop or party with third-parties to develop content that batter matches consumers tastes.