Wall Street had mild declines on Friday after the Trump Administration moved to implement tariffs on a list of goods valued at about $50 billion. The markets took this in their stride, as China prepares to give a response later this week, and one that is widely expected to target the US agricultural sector. The market did not fall harder, because the consensus view is that Washington does not want a trade war and that DJT is posturing in a “negotiation”. There is merit to this because at the end of the day, Trump’s focus is the economy, and he sees Wall Street as the score card.

Volumes were at the highest levels since February 8th, which coincided with the nadir of the corrective selloff. The Dow Jones lost 0.34%, while the S&P500 and Nasdaq were down just 0.11% and 0.19% respectively. The Dow Jones Transport index was up 0.59%, while the energy sector was the biggest percentage loser on the back of a sharply lower oil price, tumbling 2%. The VIX fell below 12 for the first time since January.

Oil declined ahead of the important OPEC meeting to be held in Vienna later this week. Expectations are that two of the world’s biggest producers – Saudi Arabia and Russia – indicated they might increase output. But I think this probably marks the low point in the energy market correction. Saudi Arabia and Russia have been successful at dialing back production and it would be odd if they just bow to the Trump administration’s calling.

I think the selloff in oil last week was really more about an “overbought” market correcting. The stage is probably set for prices to rally and I see good value in many energy stocks including Woodside, Oil Search, CNOOC and Inpex. If OPEC were to increase production – which they will – the number might be smaller than expected. Greater expectations might be badly disappointed. There have been rumours in the market place that output could rise between 1.5 million and 5 million barrels per day, but the bears could be very disappointed if the number comes in below 1 million, which is my best guess. 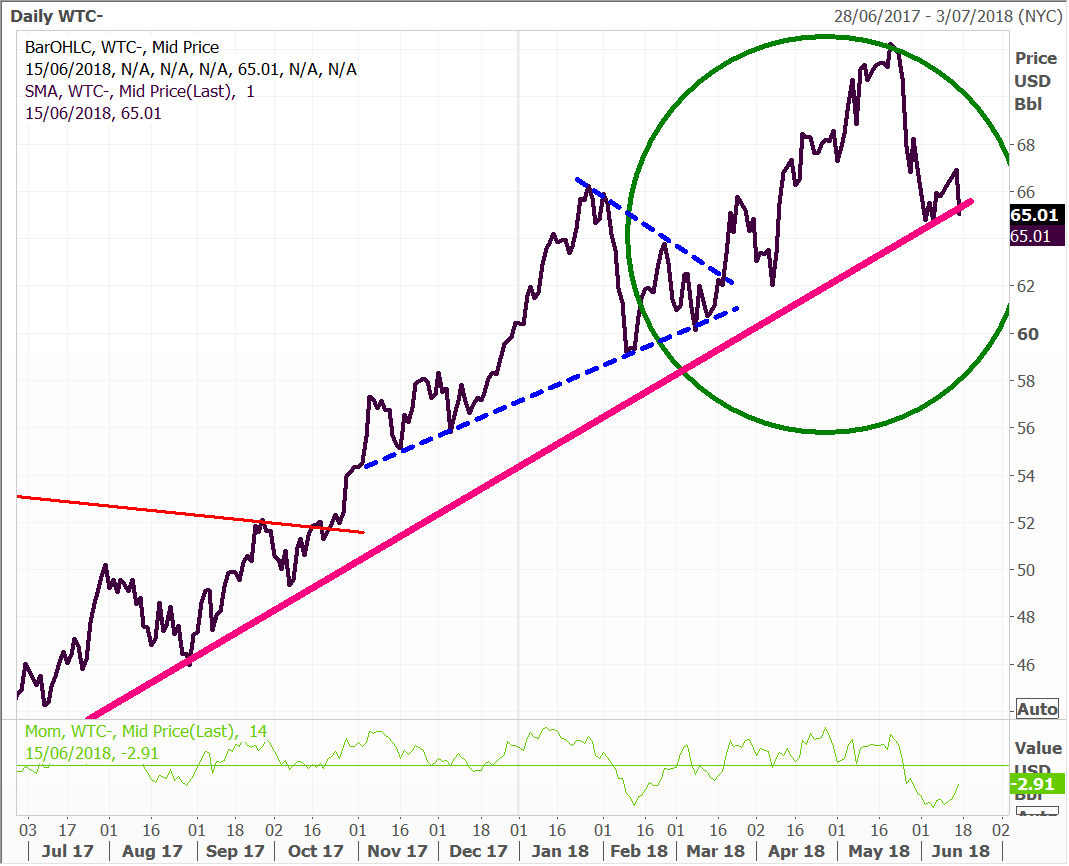 Comcast has already come out with an offer for most of Fox’s assets that was at a premium to the deal Disney had previously agreed on with Fox. A bidding war is a possibility, or Disney and Comcast could agree on some sort of split of Fox’s assets. This would be a win-win outcome for the old media sector. And as I wrote last week, the AT&T ruling effectively gives the old media sector a greenlight to “reorganise and restructure” to compete with the newcomer “disruptors”.

If Disney doesn’t prevail in the battle it will receive a $1.52 billion break fee. Disney shares were little changed in Friday trading, but gained about 5% over the week. The Incredibles 2 animated film from Disney’s Pixar studio topped the movie charts over the weekend and reviews have been glowing.

Apple shares pulled back 1% even as it reached an agreement with Oprah Winfrey to develop original content for its venture into video streaming. Baidu shares ticked up 0.9% as shares of its separately listed video streaming platform, iQiyi continue to heat up, rising 22% last week alone.

In Frankfurt, Volkswagen lost ground after German prosecutors levied a €1 billion fine on the company in relation to the diesel emissions scandal. That fine paled in comparison to what Volkswagen got hit by in the United States and investors are anticipating the end of its financial exposure to the scandal.

Video game developer and publisher Square Enix surged 6.7% on Friday. Earlier in the week the company made a presentation at the E3 video game industry conference in Los Angeles. Sony and Nintendo, which also presented at E3 advanced 1.1% and 1.7% respectively.