The US market took a breather on Thursday, with traders taking some profits after a strong run earlier in the week. A negative reaction to earnings from some big-name consumer staples companies contributed to the weakness, along with a slide in the chip sector after TSMC disappointed. The Nasdaq led the way to the downside, slipping 0.78%, followed by the S&P 500, down 0.57% and the Dow held up best, falling just 0.34%.

Among sectors and industry groups on the move, semiconductor stocks were the main laggard, dragged down by contract chipmaker TSMC’s downward revenue guidance. Housing stocks were also under the hammer. Real Estate, telecom, transportation and computer hardware were down more than the market average. The financial sector was the standout on the upside, up around 1.5% as traders snapped up stocks after some weakness in the sector earlier in the week, even as the big banks beat expectations on the bottom line.

It was quiet on the economic front. Initial claims for state unemployment benefits fell 1,000 to a seasonally adjusted 232,000 for the week ended April 14. Economists polled by Reuters had forecast claims falling to 230,000. The economy created 103,000 jobs in March, which is the smallest increase in six months.

On the corporate front, Amazon bucked the trend and was up 1.9% after CEO Jeff Bezos revealed in an annual letter to shareholders that Amazon Prime members now number more than 100 million worldwide.

The consumer staples sector in the US looks to be breaking down after leading the market on the upside – see below. Valuations are expensive and with earnings momentum beginning to slow, many US staples companies are vulnerable. We don’t have any exposure to the sector in the US (or globally for that matter). The sector needs to be watched closely, because the broader US stock market will probably be reliant on the consumer staples sector performing to make new highs later this year. I think at a very minimum the staples sector is in for a multi-year period of consolidation.

One door closes and another one opens. 2018 could be shaping up to be a “golden year” for the precious metals. We believe the precious metal sector could deliver a buying opportunity of the year in 2018. With inflationary pressures beginning to pick up with the tightest employment conditions in years, not to mention producer price inflation as commodities surge (particularly oil), the stage is yet for gold and the PGMs to make a big “comeback” this year. We have been adding to our precious metal exposure in recent weeks in the Global Contrarian fund.

There is little doubt now that the rise in oil is feeding through to US interest rates. There has been a lot of concern in recent weeks about the flattening of the US yield curve (which is often a precursor to a recession), but I think these fears are probably misplaced for now. A lot of the downward pressure and flattening of the US yield curve has stemmed from the sheer amount of securities being issued by the US Treasury to roll over old debt

And with the rise in producer prices higher inflation is on the way. This is one explanation for why the yield on the 10 Year T bond has risen to 2.91% in recent days. We believe it is only a matter of time before the 10-year yield breaks out decisively above 3% in 2018.  In the Global Contrarian Fund we added to our short 10 Year T Bond position in recent weeks. 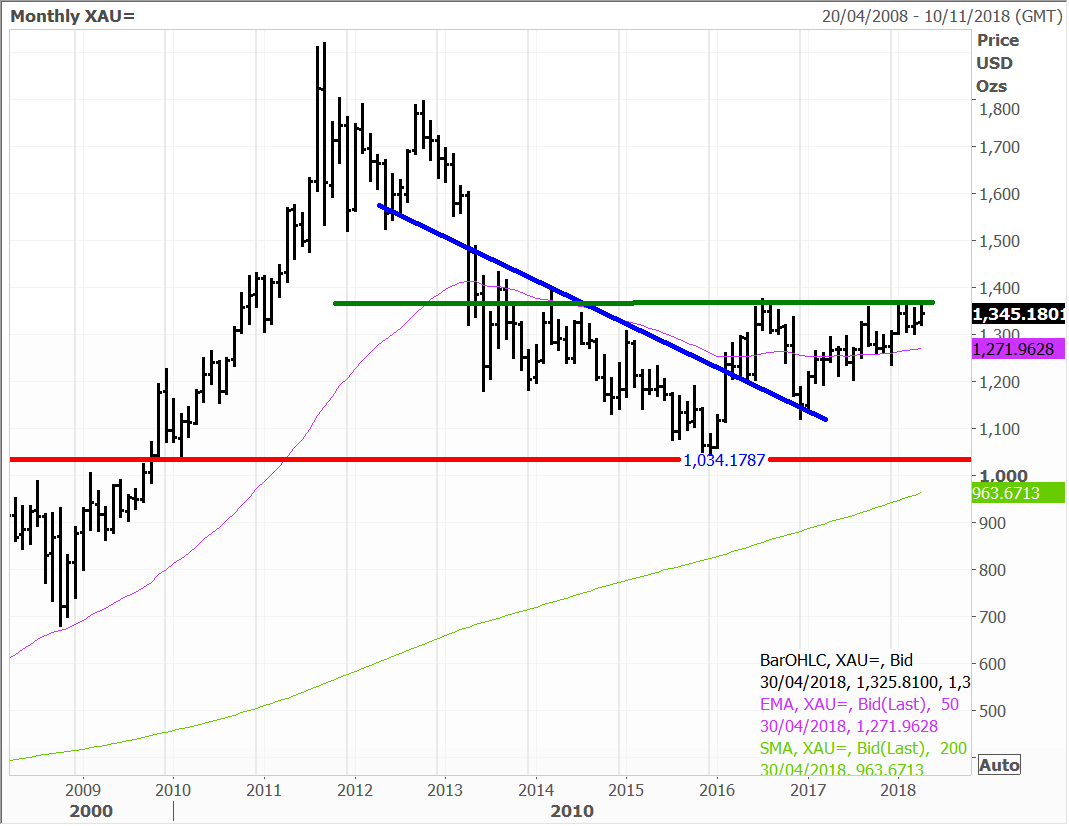 Precious metals miners Barrick Gold and Coeur Mining gained 0.5% and 2.6% respectively. We hold Coeur in the Global Contrarian fund and the Global managed account portfolio. Silver and gold producer Coeur Mining has finally broken out to the upside from a converging triangle trading range – see below. I think the stock has the potential to move back up to the two-year highs of $16 if we are right on our bullish view for gold and silver. 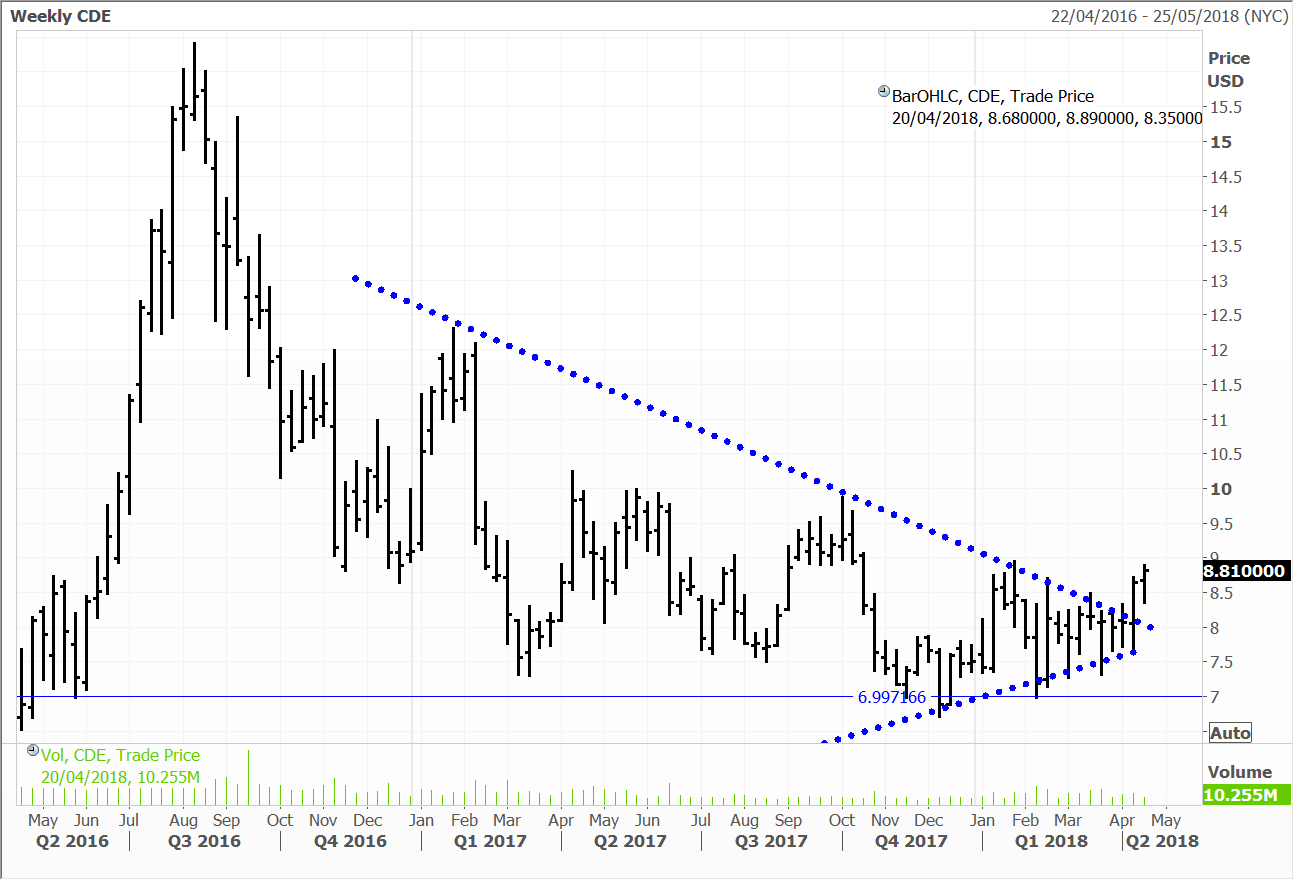 In Spain, Bankia rose 2.2%, while peer Caixabank edged up 0.25%. Other banks on the continent, Societe Generale, Credit Suisse, BNP Paribas and Credit Agricole advanced between 0.4% to 0.7%. Travel technology company Amadeus IT ticked up 0.4%, as did Telepizza SA. The world’s second largest brewer Heineken added 0.2% after reporting higher quarterly volumes earlier in the week. Heidelberg Cement gained 0.6%.

Exporters were mixed with the yen trading in narrow band with the greenback. Truck maker Hino Motors edged up 0.5% and air conditioning giant Daikin Industries closed 1.1% higher. On the other hand, Sony slipped 0.4% and Robotics leader Fanuc dipped 1.2%, even as its peer Yaskawa Electric advanced 1.4%. Energy company Inpex added 1.1%, while insurer Dai-Ichi Life tacked on 1.0%. The megabanks Mizuho, Mitsubishi UFJ and Sumitomo gained 0.3% to 1.3% on the day.

In Australia the market nudged higher once again, with the ASX200 rising 19 points to close out at 5,881. The resource sector stole the show, with strong gains for the big producers. BHP and Rio were both up around 3%, while South32 outperformed, with a rise of 4.6%. We hold BHP and S32 in the Global Contrarian fund and all three stocks in the Australian managed account portfolios.

Fairfax Media had a strong session on Thursday, with the shares rising 5.3% to 69 cents. Rumours have resurfaced about a takeover by Seven West Media. I think in this case there probably is fire where there is smoke. The traditional media space is facing significant challenges, and many of the players need to adapt to survive, and kill or be killed. And as I have written the media reform that has taken place in Australia has made this much more doable.

Fairfax would be highly attractive in my view, with costs having been taken out, and several key units turning around on the back of digital revenues. On that note a point of difference is the 60% stake in real estate portal Domain which is on a strong growth path. The demerger last year has also though made Fairfax more ‘digestible.’ We hold Fairfax in the Global Contrarian Fund, as well as the Concentrated Australian and Small/Mid-cap managed account portfolios.

Private equity walked away from a bid for Fairfax last year, and in hindsight we should have taken some profits then. But I think the prospect of another industry player returning to the fold is much more likely. Nine Entertainment is another candidate although evidently bailed last year following a breakdown on terms – Nine it is said wanted Fairfax to hold less than 20% of the merged company, whereas Fairfax was after twice that.

But for now all eyes are on Seven West. The company has had problems of its own, having it appears overpaid for sports rights, and also with the prospect of a capital raising. Apparently Seven West Media Chairman, Kerry Stokes, is waiting for Seven’s share price to lift before proceeding further. He might be best not to wait too long though, particularly if others start refocussing on the Fairfax proposition.

Sony Corporation announced that its US subsidiary, Sony Corporation of America has entered into an agreement with Carnegie Mellon University (CMU) in Pittsburgh Pennsylvania – to join forces on artificial intelligence (AI), robotics and R&D (research and development).

The R&D will focus on optimizing food preparation, cooking and delivery. This area of R&D was selected because of the technology needed for a robot to complete complex and varied tasks of making and delivering food – the results could be applied to a wider range of industries. Machines must be able to handle small, fragile and irregular shaped items in food preparation in addition to being able to work in small confined areas – all of which will be valuable for many other industries.

“Making and serving food is an immense challenge for automation, so we’re excited about the types of machines and software that might emerge as we jointly explore a variety of approaches and solutions,” said Andrew Moore, dean of CMU’s School of Computer Science. “Both Sony and CMU aim high, so we are confident this research will produce technologies that impact robotics across a broad number of applications.”

In addition to the current project, Sony plans to use its Seed Acceleration Program (SAP), its business incubation platform and their corporate venture fund to support CMU’s AI and R&D efforts and start-ups.

“This project has the potential to make the vast possibilities of AI and robotics more familiar and accessible to the general public,” said Dr Hiroaki Kitano, Corporate Executive of Sony. “Additionally, it could also assist those for whom daily tasks, such as food preparation, are challenging. I am very excited to be working with the talented scientists at CMU to make this vision a reality.” Sony is a core holding in the Global Contrarian Fund and is held in the International managed account portfolios. 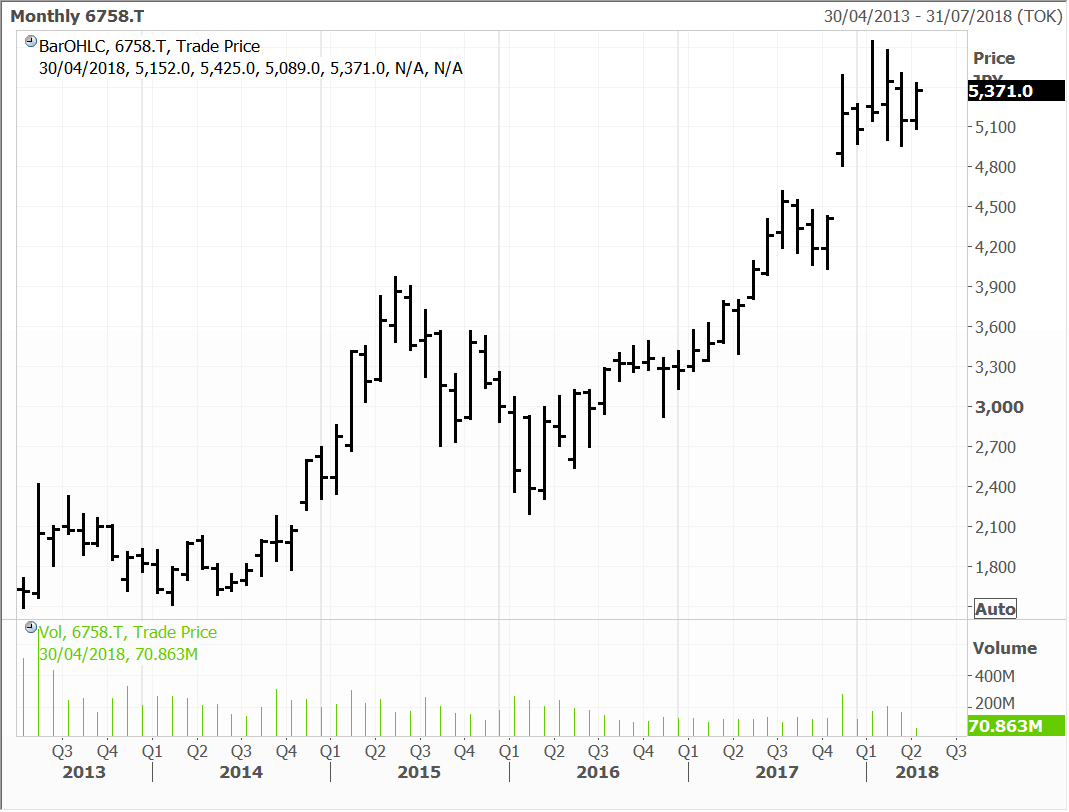