Major indices on Wall Street were mixed in trade on Tuesday with “cautiousness” creeping into the market ahead of the Fed’s policy announcement on Wednesday. Whilst the recent inflationary data may have some bearing on the Fed’s decision, it is difficult to see a move away from what has already been flagged to the markets, although we continue to see three more hikes this year. As we move into May, investors have become extremely cautious (as opposed to the buoyant sentiment seen in January) – and many will be contemplating whether to “sell and stay away”.

I think May could prove to be different this year. The correction arrived earlier than just about everyone anticipated in February – but since then we have seen a number of factors recalibrated. Firstly, sentiment has changed significantly with optimism giving away to pessimism. This has led to significant deleveraging in the markets with equities having substantial capital outflows in the US ($300 billion on some estimates), and this was also true globally, particularly in Japan.

Secondly, volatility spiked much higher in February and remains elevated above the average levels seen last year, but has since declined to now test the “breakout” level at around 15/16. The higher volatility levels have been somewhat of a ‘brake’ for the market, however any drop below this level – or even for that matter continued range trading between 15 and 18 – could boost and embolden sentiment and equity demand. While investors remain sidelined, lower volatility will encourage some to get back in. Volatility declined nearly 3% on Tuesday. 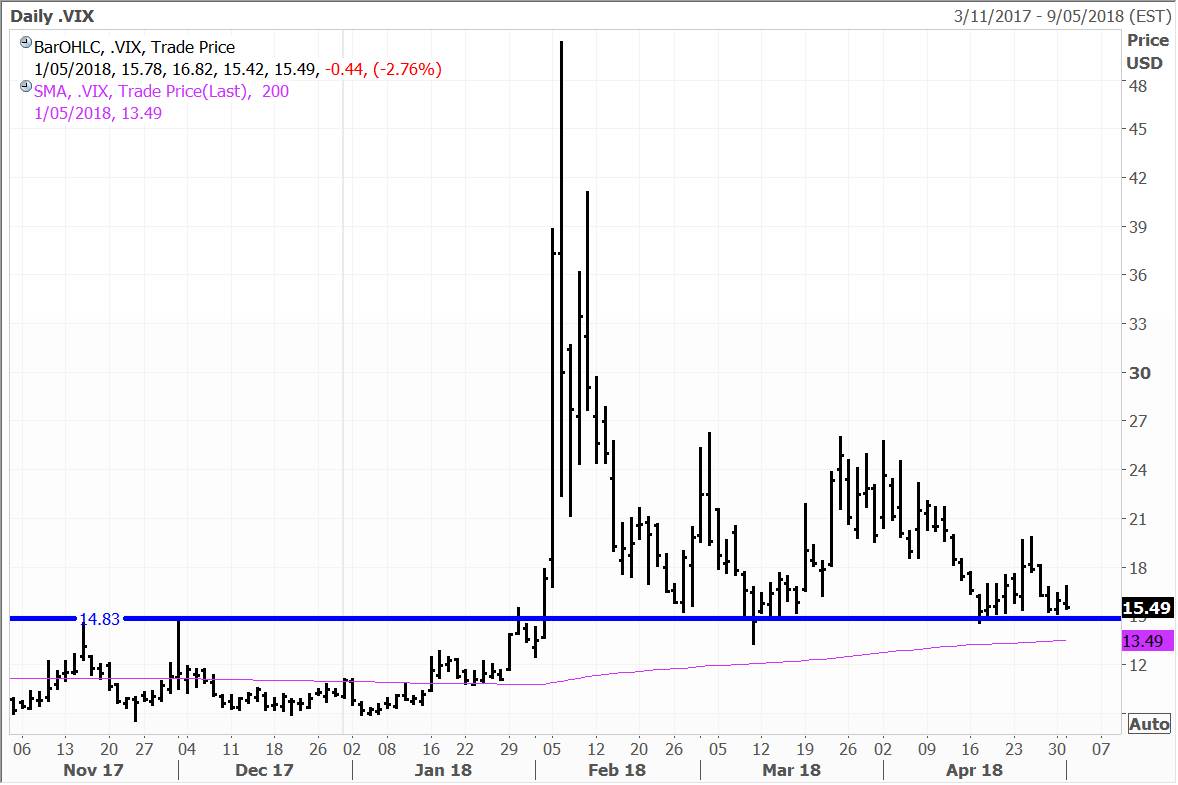 I think without doubt the catalysts for a stronger month of equity buying in May and what could bring fund inflows back into the stock market will be the fact that the March quarter was one of the strongest in history for the US, while synchronised global growth conditions are the best in at least a decade. So I think for now whilst markets are at a crossroads and in fear of recurring volatility that we saw back in February and March, the actual corporate report card is very good and one of the best on record.

Just as we saw the pattern of previous years reverse this year with the strong month of January being followed by the “February flash crash”, we may well find that May follows April’s bounce and finds a bid from investors.

I therefore think that May could prove to be a strong month for the US stock market in the wake of the reporting season especially if volatility remains contained and confined below 18. This year could well turn out to be a case of “don’t stay away – and buy in May”.

In other trading, online real estate portal Zillow zoomed 2.5% higher, shares of online search giant Baidu ticked up 0.5% and homebuilder Lennar advanced 1.9%. Coeur Mining gained 2.8%, while Barrick Gold dipped 0.2%. Disney shares gave back 0.3% in trading following yesterday’s gain on the back of a record setting premiere for Avengers: Infinity War. Apple shares were up 2.3% ahead of its quarterly report after the closing bell.

Outside of the UK, most of the key European markets were closed on Tuesday for Labour Day. There was no major economic news outside of the UK on the continent either. In thin trading for just some of the constituents, the pan-European Stoxx 600 edged down 0.08% while the Euro Stoxx 50 index of eurozone blue-chip stocks was effectively flat (-0.01%)

In Australia the market had a positive session as the ASX200 lifted above the 6,000 mark for the first time since late February. The benchmark rose 0.54% to close at 6,015, with sentiment underpinned by the banks. The resource stocks also were firm, with broker upgrades forthcoming from Citigroup and Goldman Sachs on BHP. This is set to be an ongoing trend in our view.

Sony shares slumped 6% as traders took a glass half-full view of last Friday’s earnings announcement and guidance. Traders chose to focus on a soft outlook for Sony’s image sensors that are found in a wide range of smartphones as this comes on the heels of other similar news flow surrounding the smartphone supply chain. Sony also forecast 8.8% decline in group operating profit, although this was in large part based on conservative foreign exchange assumptions and coming off the heels of a record year.

Sony used a ¥105 to the US dollar forecast for the year ending March 2019, compared to an actual rate of ¥110.9 last year and the current rate of around ¥109.7. Meanwhile, units such as the gaming business (PlayStation) and financial business which are key contributors continue to have strong outlooks.

Sony even after yesterday’s profit taking decline, is up around 31% over the past year. 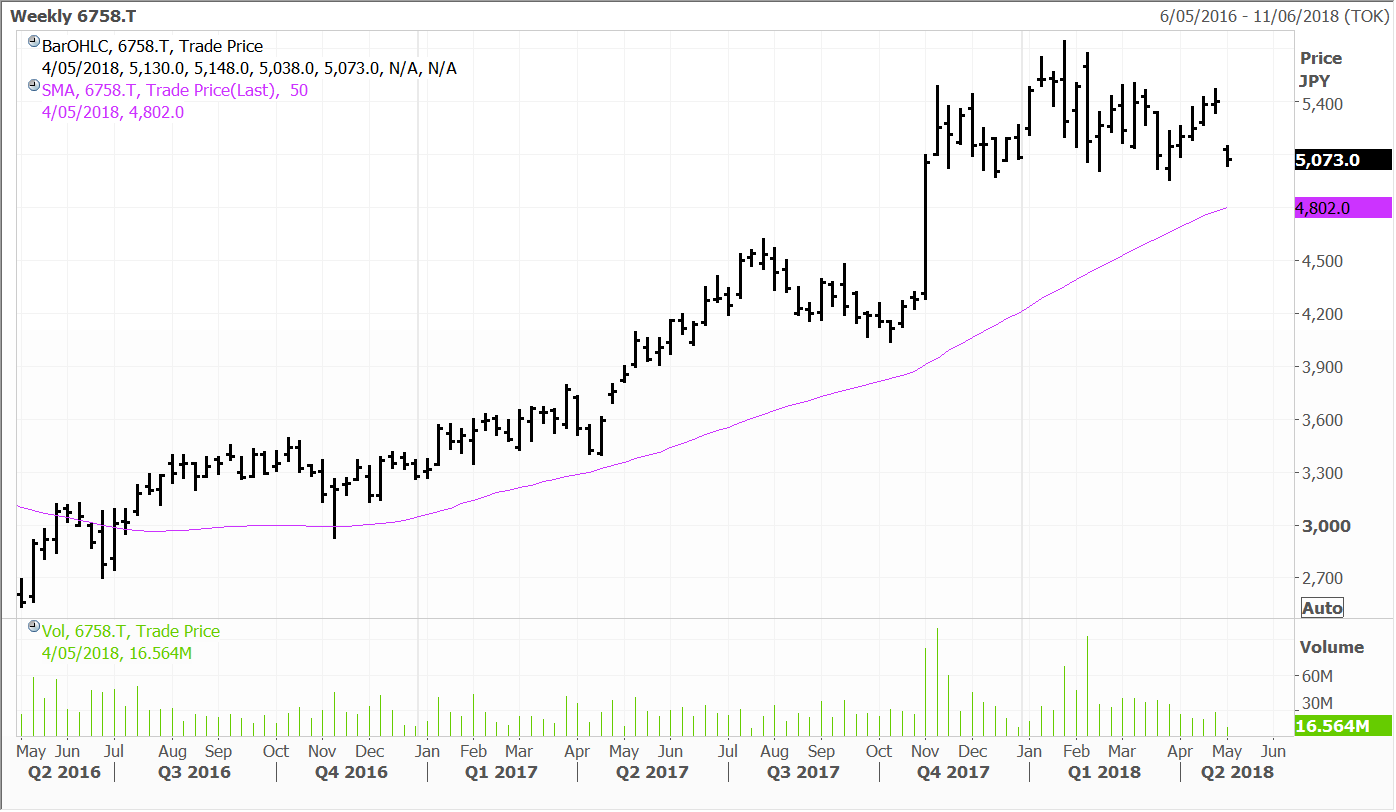 April was another strong month for the Macau casinos according to numbers released from Macau’s Gaming Inspection and Coordination bureau yesterday. The Hong Kong market was closed yesterday, but the data should support trading in the likes of Sands China, MGM China and Wynn Macau today. All are held in the Global Contrarian Fund.

Gambling revenue surged 27.6% year-on-year to approximately 25.7 billion patacas (US$3.18b) in April, marking the 21st consecutive month of year-on-year increases in the world’s biggest gambling territory. The near 2-year streak of gains follows a slide to 5-year lows after gambling revenues in Macau crashed on a crackdown on graft by Chinese authorities beginning in 2014 that coincided with slowing economic growth on the China Mainland.

The almost 28% surge in gaming revenues easily topped the 18-22% increase analysts were expecting according to Thomson Reuters.

Year-to-date gaming revenue of 102.24 billion patacas represents a 22.2% increase on the comparable period of 2017. Macau is enjoying a strong recovery in business from high rollers, but is also benefitting from a growing mass-market opportunity. Under authorities’ direction, concession holders have built new casinos and resorts that are more family friendly. Given Macau’s proximity to Macau and the fast-growing outward bound tourism market from Mainland China, combined with a continued infrastructure buildout in Macau, the future looks bright.

Wynn Macau is the largest holding the Global Contrarian Fund 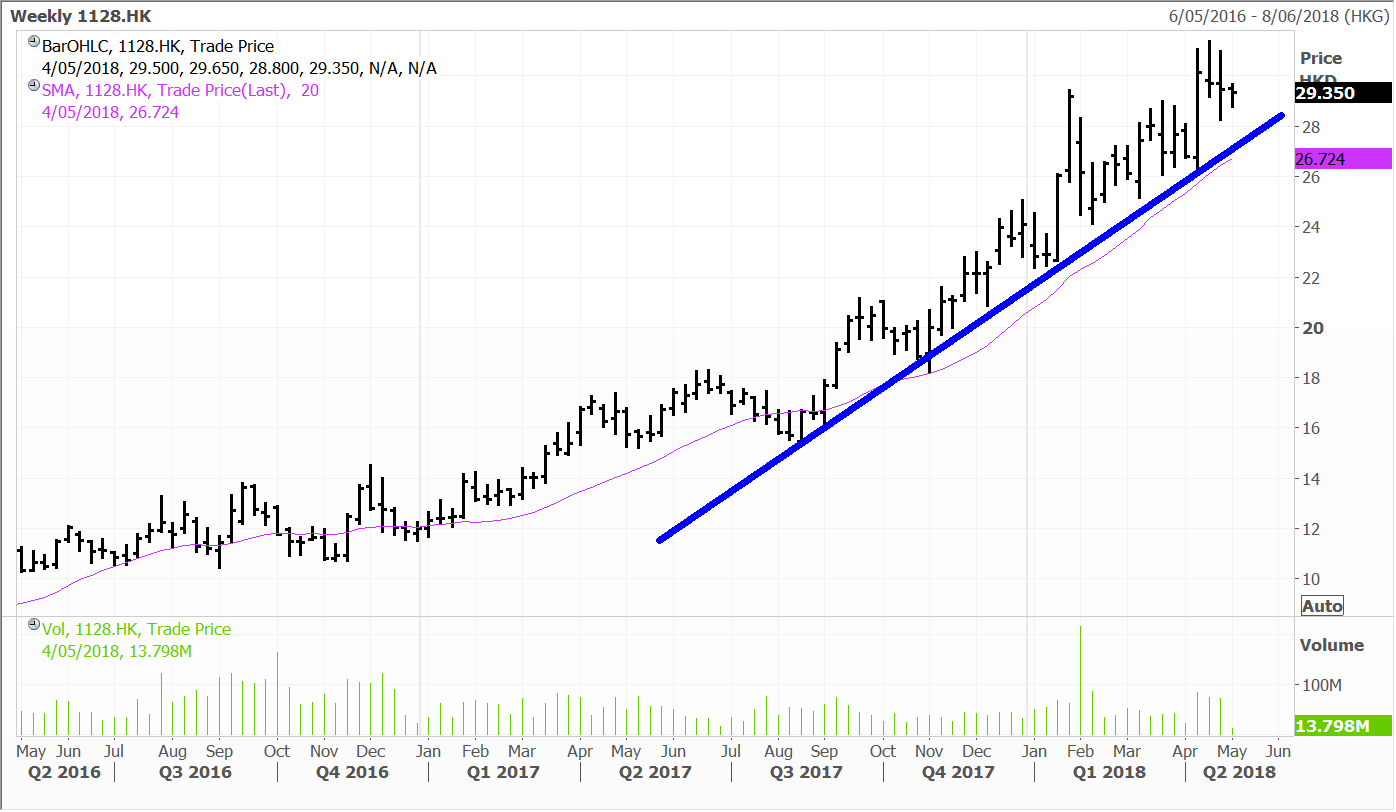 India’s largest mortgage lender, HDFC Bank announced a 39.2% increase in net profits to Rs2,846 crore for the first quarter of 2018. The increase in earnings was mainly due to excellent growth in loan demand and the sale of two of the company’s subsidiaries – HDFC Realty Homes and HDFC Developers, both sold to Quikr India.

“We have given over 8, 200 (loans) every month to the economically weaker sections. “We have seen very strong growth in the individual home loans business, which grew by 31% for the year while individual loan disbursement grew 29%, “ said MD of HDFC, Keki Mistry.

The Bank’s individual loan book grew by 18% while the corporate book increased by 17% on AUM (assets under management). The total loan book grew 21% to Rs3.59 lakh crore over the last 12 months. Mistry said: “Within the non-individual segment, construction finance and lease rental discounting saw good growth while corporate loans slowed down.”

Net interest margin for the Bank over the year was 4%. HDFC made provisions for underperforming loans and build a buffer for unexpected risk that may arise in future by selling divisions to Quikr India. 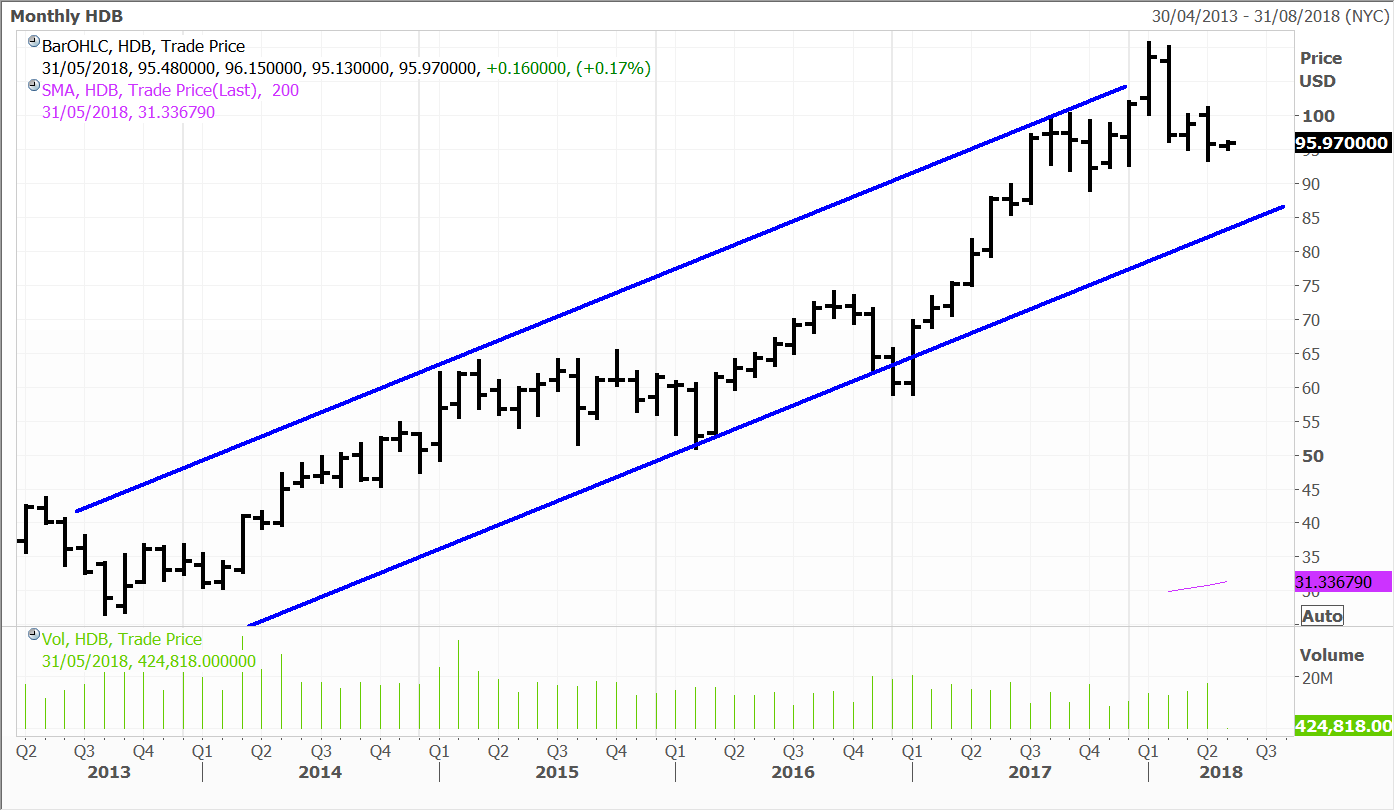