On Monday – the last day of the month – the US indices lost ground but the April close was still significantly higher than that in March, with the high point for the S&P500 being 2720. The reporting season certainly delivered with EPS growth of around 26% and underlying revenue growth of around 6% which exceeded expectations, but yet this was not enough to lift the US indices back up to the January highs. Still the rally in April was still significant, however investors have remained effectively sidelined for now, adopting a cautious wait and see approach.

Caution is back on the table, and the volatility shock and sharp correction that ensued in February and March has fractured confidence and damaged sentiment. So further time and “corrective ranging” is going to be required before the US indices can resume to the upside.

The dominant feature on the chart below of the S&P500 is the index converging within a triangle trading range, which are typically resolved to the upside or the downside.  With a strong quarterly reporting season largely out of the way now, the question on the minds of most investors is what the S&P500 is going to do next and which direction the index breaks out after being range bound since January.

Valuation is not really the issue, with the S&P500 likely to deliver around $170 in earnings, placing the index on a forward multiple of 16X. However earnings momentum is going to be important and this is what the market will focus on from here on in through to the end of this year.

The bears would argue that we have seen the peak in the earnings cycle and from here on in momentum will falter. The bulls on the other hand will argue there is a high probability that the current cycle could extend for another year or so. So markets are at a ‘crossroads’ waiting for the next significant catalyst. 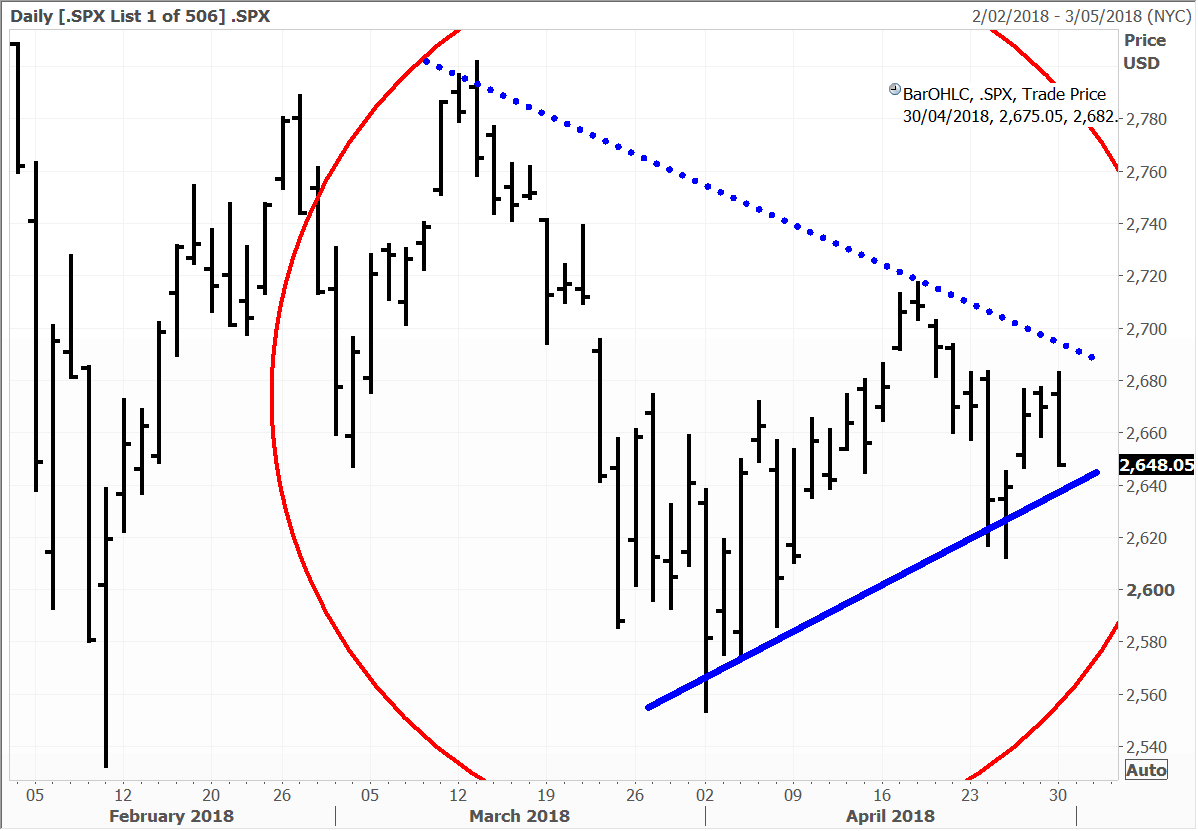 On the corporate front, Disney shares bucked the trend to rise 1.1% in Monday after a record-setting opening for the latest blockbuster in the enormously successful Marvel Cinematic Universe, Avengers: Infinity War. When Disney agreed to buy Marvel in 2009 for $4.2 billion, many analysts said they were overpaying. Instead, it is looking like one of the best bargains in recent history within the industry.

In other trading, shares of online search giant Baidu dipped 0.4%, although this follows its 5.6% surge on Friday after the company rallied on very strong first quarter numbers. Apple gained 1.8% ahead of its quarterly earnings report due after the closing bell tomorrow.

The Macau casino stocks were mixed in trading, with MGM China and Wynn Macau down 0.35 and 0.9% respectively, while Sands China closed 3.4% higher.

On the up was Praemium which rose 4.5% to 70 cents. The financial service platform provider clearly has continued with wind in its sails following the March quarter update – inflows were up 39% on the previous period to $671 million, the third highest on record. Funds under administration (FUA) have now reached a record $7.8 billion. As I have noted, this is impressive, particularly given this has been achieved in the face of the correction that has unfolded since early February.

I remain very optimistic about the company’s prospects and with the domestic and international business units performing very well.  Praemium has maintained a competitive advantage through a commitment to innovation, and product development. The newly launched International SMA should underpin further gains in Australia, while the company’s UK business has also made strategic progress and is on the cusp of profitability.

Praemium, like the other platform plays, boasts strong operating leverage, with low marginal costs meaning gains in FUA have a pronounced impact on earnings. This can work the other way, but if are right that markets are set to push higher over the course of the year, the previous highs in the stock price should be comfortably surpassed. Bell Potter has a price target of $1.07 on Praemium. We hold Praemium as a significant position in the Global Contrarian fund and the Concentrated Australian and Small/Mid-Cap Managed account portfolios. 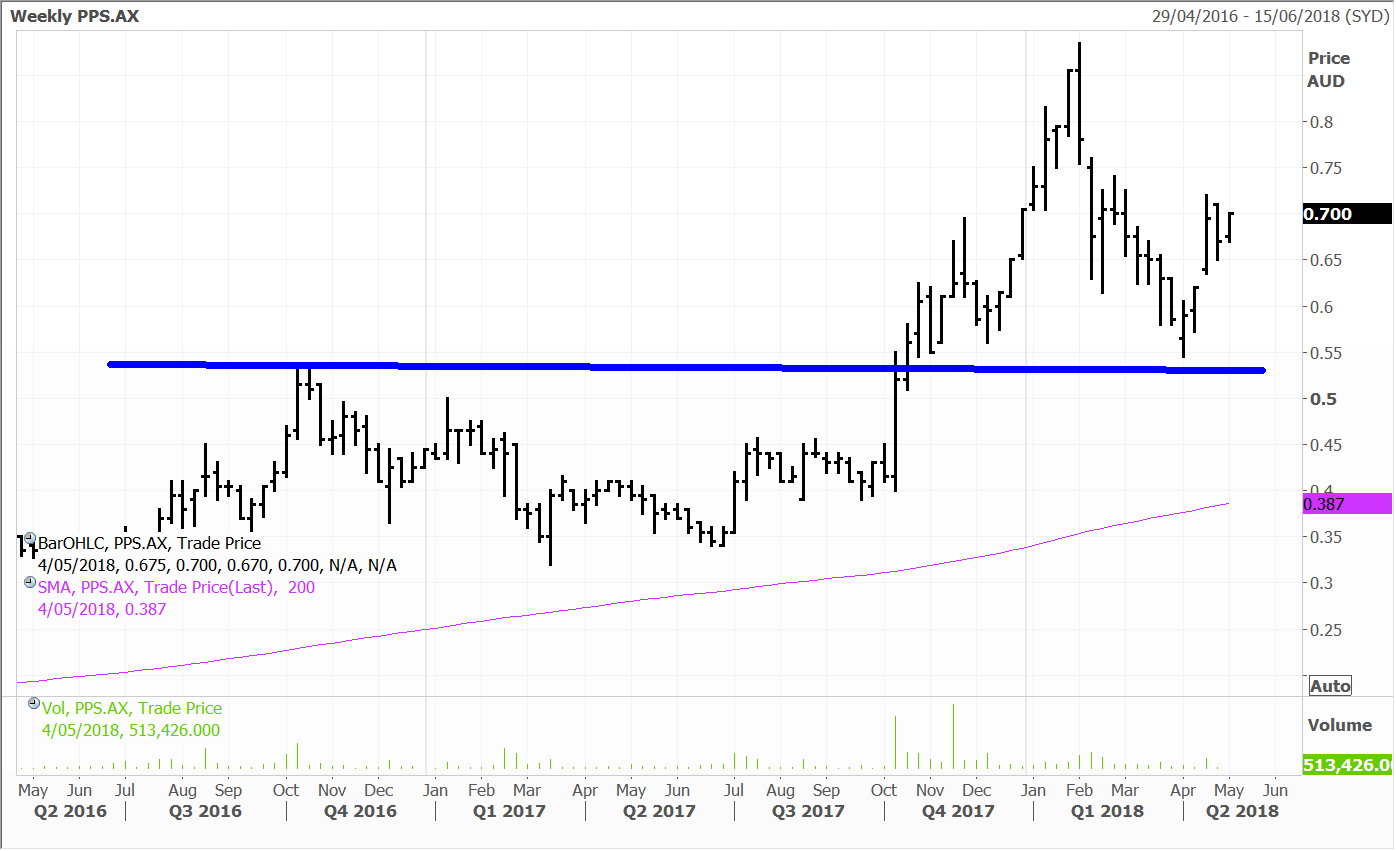 Games are no trivial matter for Sony, as the Japanese technology and entertainment conglomerates numbers released last Friday show. The company posted record operating profit of ¥734.9 billion for the year ended March 2018 and the PlayStation business was a key contributor.

Sales in the Game & Network Services segment (which houses the PlayStation) increased ¥294 billion, or 18% to ¥1.94 trillion, driven by an increase in software sales, more subscribers for the PlayStation Plus membership service and supported by favourable exchange rate movements. Operating profit for the segment jumped ¥43.8 billion, or 31% to ¥177.5 billion. Looking ahead, Sony is forecasting a 7% increase in profit from the gaming unit despite slowing sales of the PlayStation 4 as it nears the end of its lifecycle.

Typically, gaming consoles release every 5-7 years and the PS4 was released in November 2013. Since Sony has released the PlayStation VR and the Pro console (with higher graphical resolution capacity), but has kept the PS5 under wraps to now. The division is set to be a major contributor to group profits in our view, driven by the shift to digital and membership services.

A perusal of Sony’s supplementary report shows PlayStation Plus increased its subscriber base by roughly 7.8 million subscribers to a substantial 32.4 million users in the most recent year. And with the digital download ratio at 32% for the year, up from 27% the prior year, the runway for the shift to higher margin digital sales is a long one, as in The PC gaming industry the ratio for many companies has hit 80%. Game on. 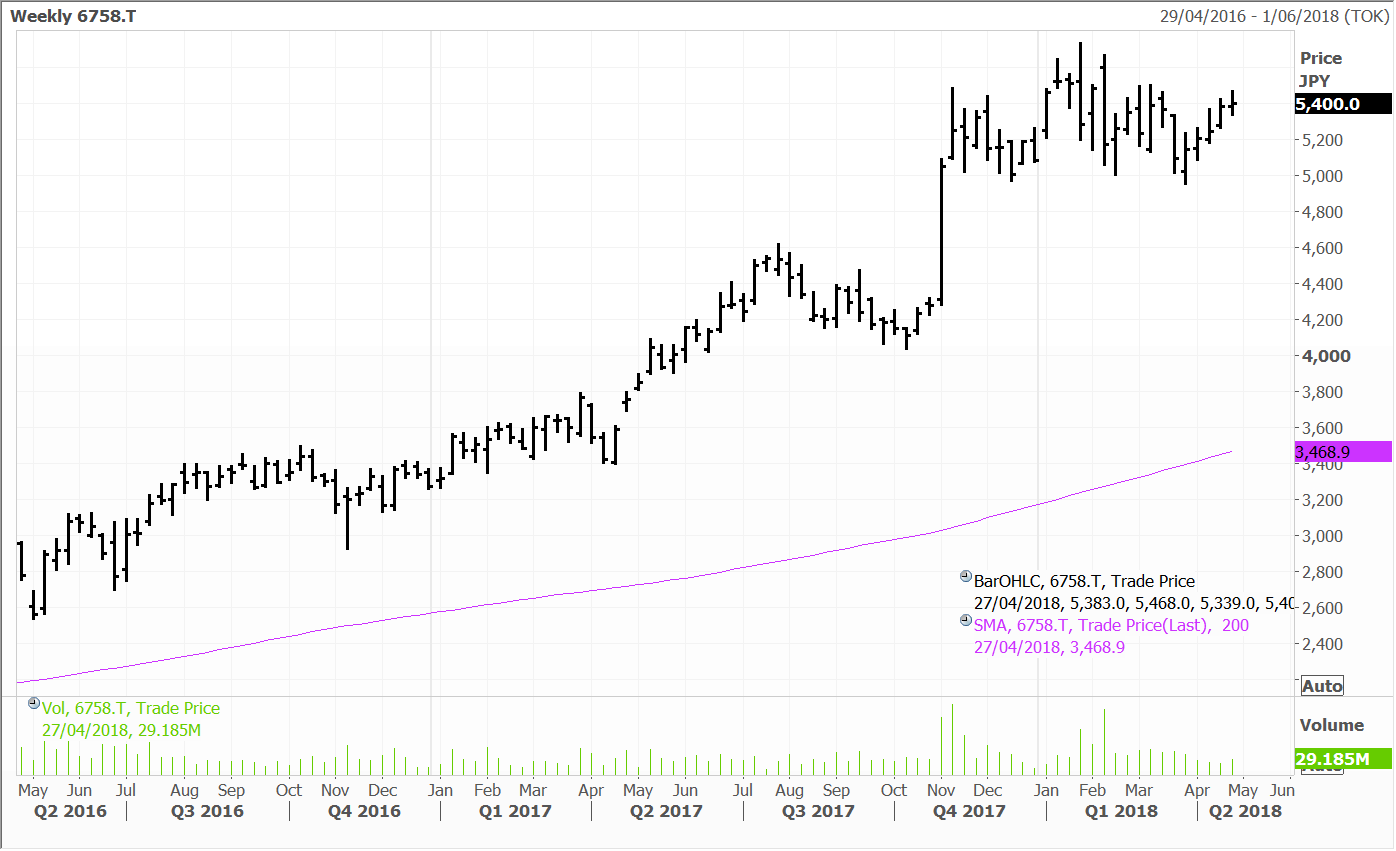 Chinese tech giant, Baidu Inc announced that they will sell a stake in their financial services business for around US$1.9 billion to a group of investors led by TPG Capital Management and Carlyl Group. The company plans to use the proceeds to take on established fintech firms in China.

The investments in fintech firms will give Baidu the boost the company needs to close the gap that rivals Alibaba Group and Tencent Holdings have in the financial services business and assist Baidu in seeking income streams outside of its core internet search business. At this time the Chinese government is tightening regulations on loans and pushing banks to cut bad debts.

Baidu’s Financial Services Group (Baidu FSG) has the payment system Baidu Wallet – an online wealth management and credit service. After the sale, Baidu will retain 42% stake in the business that will be renamed Du Xiaoman Financial that will function independently from Baidu. The company said that senior VP of Baidu and general manager of the current financial services business, Guang Zhu will become the Chief executive of Du Xiaoman.

“In the coming age of FinTech, Du Xiaoman will leverage the technological capabilities of Baidu AI to partner with financial institutions and provide technology-driven, trustworthy financial services to consumers in China,” Zhu said.

Baidu FSG currently have a loan book of about US$4.4 billion since they launched in 2015. TPG said that they expect the deal to be completed in two to three months. 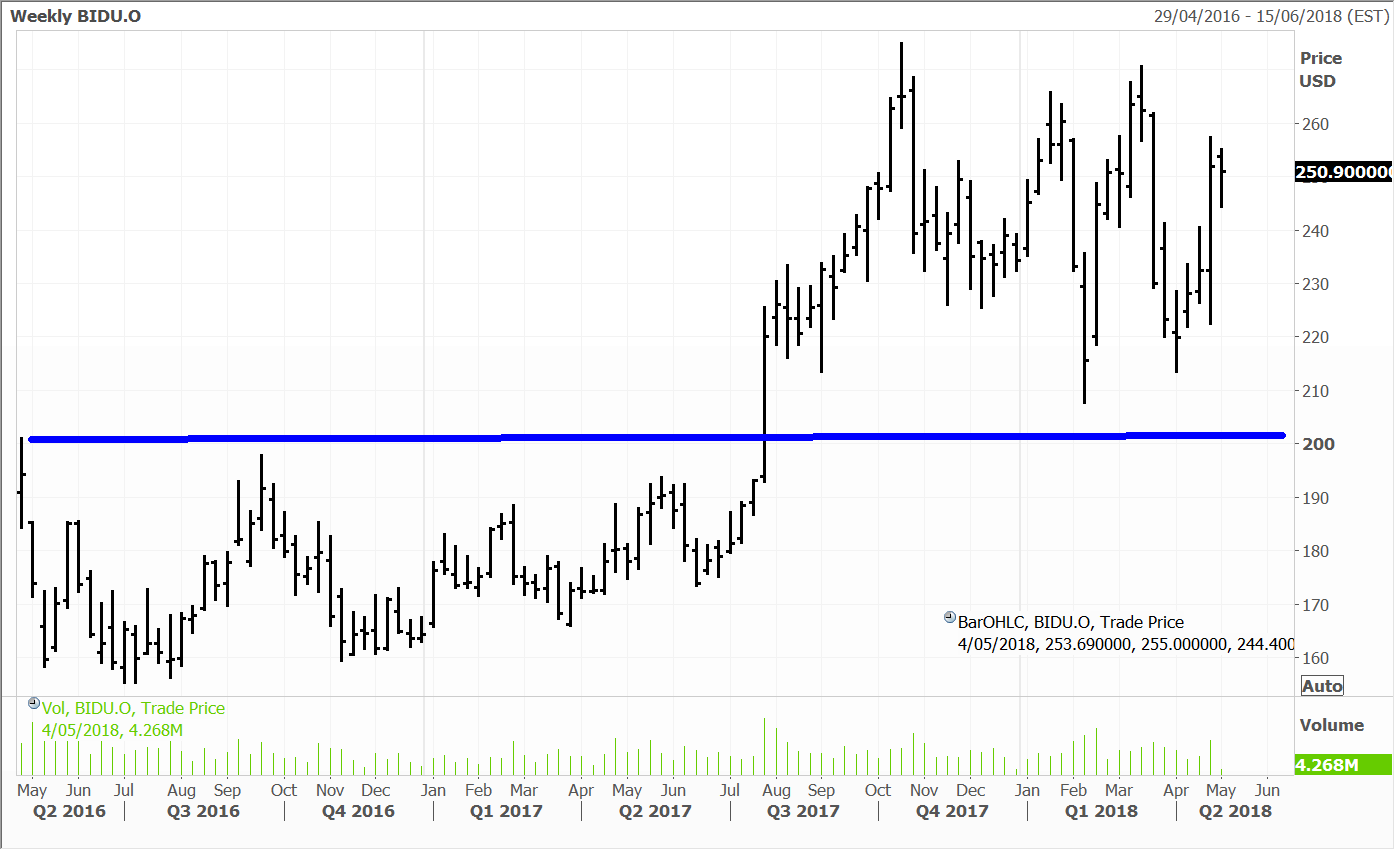 Walt Disney broke the record with the highest grossing film of all time in the opening weekend with “Avengers: Infinity War”. The film had US$250 million in ticket sales, narrowly beating “Star Wars: The Force Awakens”. Accounting for inflation “Star Wars” would still have been the number one with US260 million in 2018 dollars. The film is the third in the Avengers saga and the 19th in the Marvel Cinematic Universe franchise.

“Avengers: Infinity War” also set a new record for sales globally with US$630 million and the film is yet to open in China – the second largest movie market in the world. The film will reach China by May 11. “The Fate of the Furious” previously held the record for highest first weekend sales with US$541.9 million worldwide. 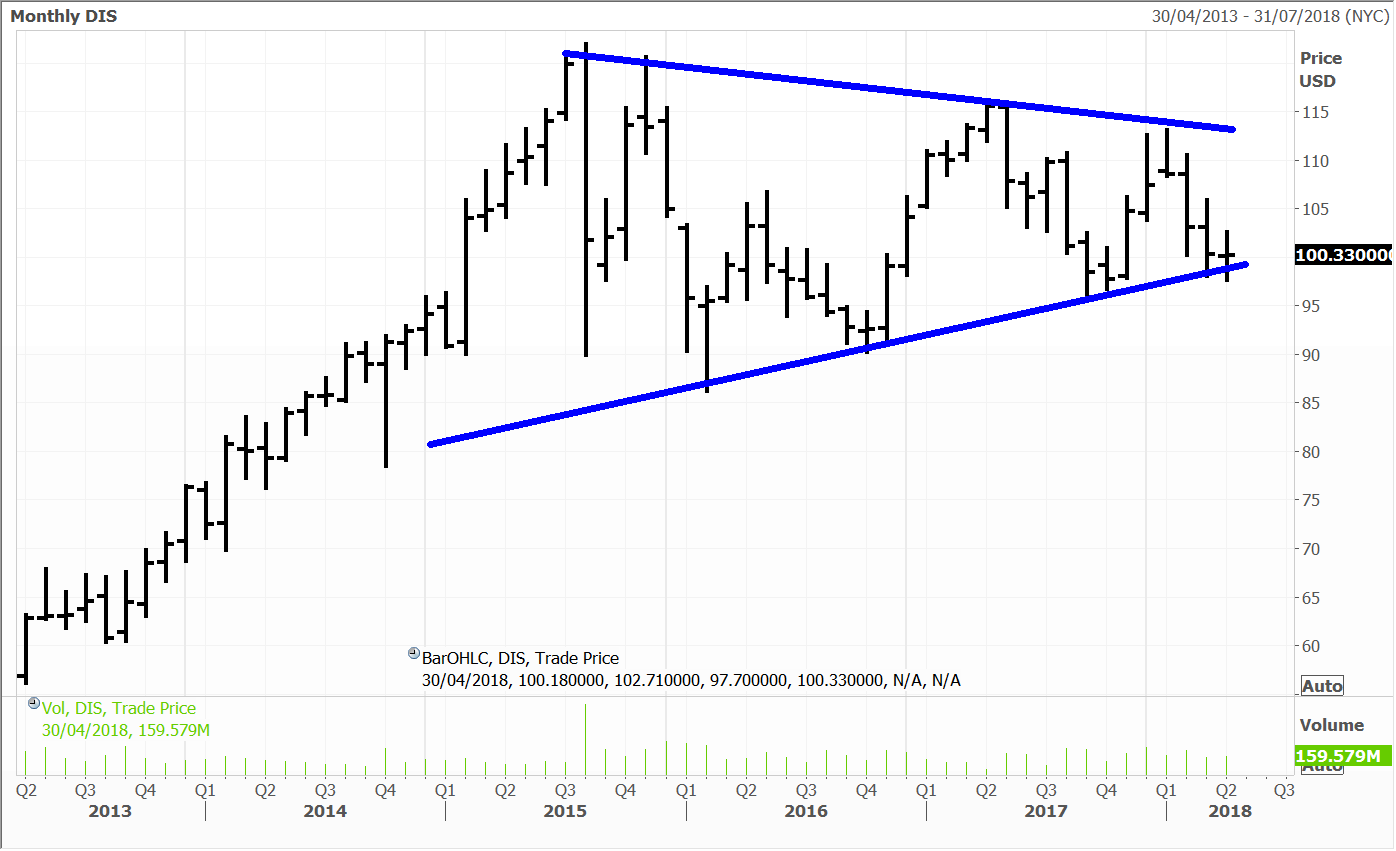 The first quarter included revenue of US$163 million and net profit of US$0.7 million – cash flow from operating activities was US$15.5 million and adjusted EBITDA was US$49.5 million. The results showed a strong production and cost performance at Coeur’s Palmarejo silver and gold mine in Northern Mexico. The was the second consecutive quarter that cost applicable to sales (CAS) per average spot silver ounce came in below $7.00.

“We achieved several key strategic objectives in the first quarter,” said Mitchell J. Krebs, Coeur’s President and CEO. “Lower production and higher costs companywide during the quarter were in-line with our previously disclosed expectations due to the normalization of production levels at Rochester and lower planned grades and production at Wharf and Kensington. Our Palmarejo mine in Mexico continued to be a stand-out performer with unit costs below $7.00 per ounce for the second consecutive quarter.”

Due to lower planned production, revenue was down 24% quarter-on-quarter and 12% year-on-year because of elevated sales in the first quarter of 2017 from inventory carried over from the year before. Silver sales accounted for 32% of revenue for the first quarter and gold for 68% – average realized prices were $16.70 for silver and $1,268 for gold per ounce respectively. 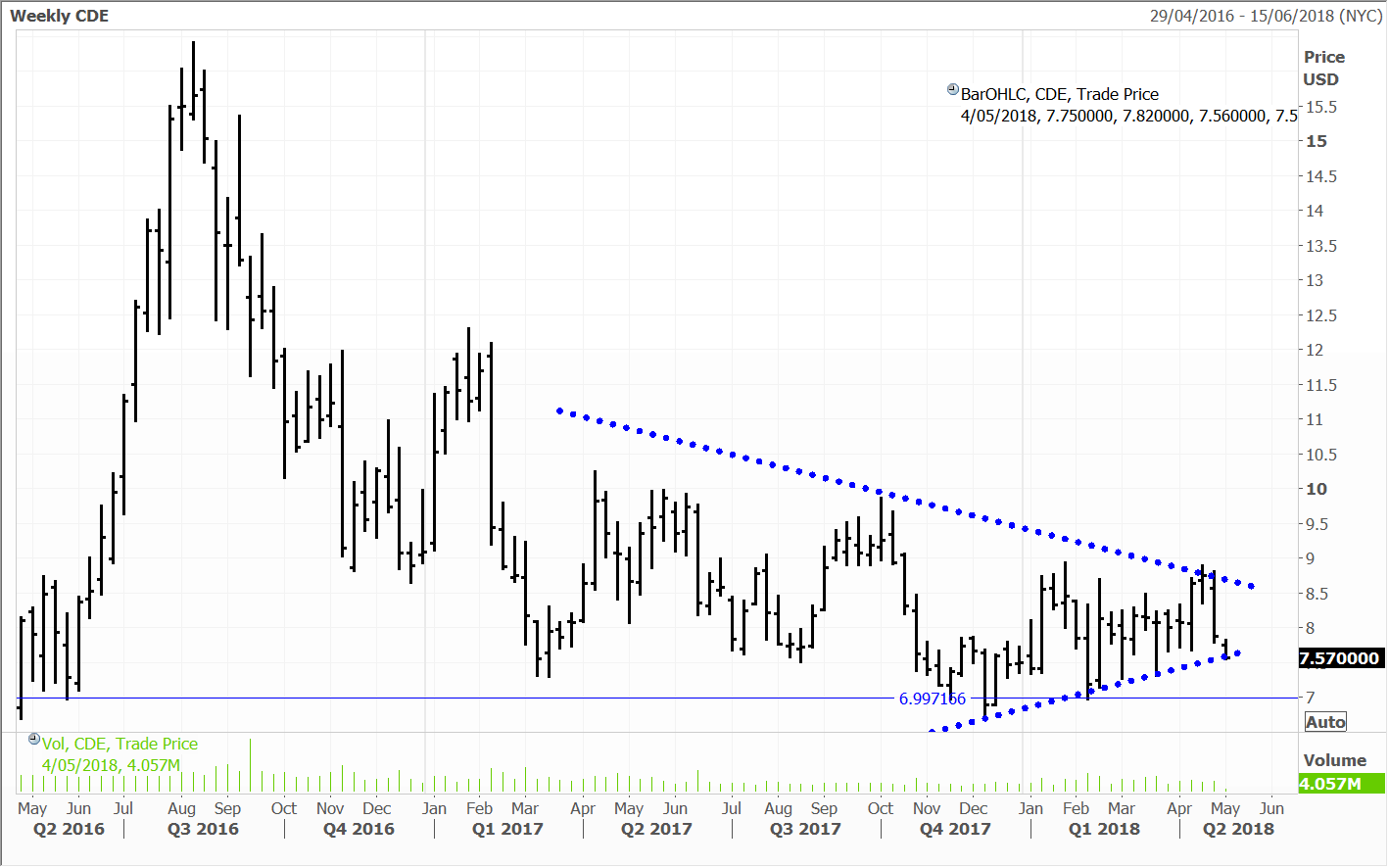