Wall Street equities closed lower on Wednesday, fading in the afternoon despite the Fed keeping interest rates unchanged and giving a fairly innocuous FOMC statement that indicated no haste to accelerate rate hikes even as inflation rises.

However the Federal Reserve did say that it “held confidence that the recent uptick of inflation to near the 2% target would be sustained – leaving it on track to raise borrowing costs in June.” So this was all in line with what the markets expected. This didn’t stop the equity market from sliding late afternoon with the S&P 500 and DOW both closing 0.72% lower, and the tech-heavy Nasdaq edging down 0.42%.

Notably, the FOMC played down economic and job growth, saying “activity had been expanding at a moderate rate and job gains, on average, had been strong in recent months.” The key change from previous FOMC meetings over the past 6 years was the comment that inflation had “moved close to its target and that “on a 12-month basis” is expected to run near the Committee’s symmetric 2 percent objective over the medium term.”

Following the release of the decision the US bond market was steady with little change in the 10-Year T bond yield, while the Dollar Index held up after some earlier volatility. Gold closed flat while silver and oil managed to rally 1%. So while interest rate settings have not changed since March, I think this all but guarantees another rate hike of 25 basis points at the next FOMC meeting in June. The question then is going to be just how many more rate hikes between now and December. I think there will still be at least 2 more.

The Fed did however express “confidence in the economic outlook” and highlighted that business fixed investment had continued to grow strongly and that risks to the outlook appear roughly balanced. I think this underpins what I wrote yesterday about May potentially following April as a strong month of performance for the equity markets. With one of the strongest reporting quarters behind Wall Street, near term risks seem to be fading as have geopolitical tensions (barring Iran) and with the recent correction the S&P500 is valued on a forward multiple of 15X/16X. And needless to say, this is a more supportive valuation than back in January when the S&P500 was priced at more than 18X.

In the absence of a recession – it is difficult to see how the market can break down below key support at 2600. Meanwhile as the “bull and bear” debate continues, a base continues to form as the market consolidates. This is what was needed after the “big run in 2017”, and if anything, we could see a retest of the highs later this year if and when it becomes more apparent to the market that earnings growth is plateauing and slowing – but not declining.

Bull markets climb a “wall of worry” so what I am seeing is all rather healthy. It is when the market becomes a “one way bet” and overtly euphoric, or pessimistic and bearish, that one gets really worried that the underlying trend will be sustained.

Speaking at the Macquarie Australia Conference Fairfax CEO Greg Hywood talked about the “new phase” that the publisher was entering, with a focus on growth, and with some tough decisions having been made in recent years. He said that “Fairfax Media is now a modern portfolio of Domain, publishing and investments. Each is explicitly focused on driving growth and building value by leveraging our competitive strengths of quality content, premium brands, data and insights and large audiences.”

“In the face of that profound industry disruption, setting ourselves on the path of originating commercially viable new media has proven correct… While this model has lower revenue than in the past, it is more sustainable and valuable, featuring multiple business models and diversified revenue streams.”

While many have bemoaned the decline in traditional print media, we have focussed on the digital growth opportunities at Fairfax, and not just at Domain, but also at other core units, along with Stan. Given the disruption faced by the sector, media companies have to move with the times, and Fairfax has certainly done this. In the last four years, digital and other non-print revenue has grown as a percentage of Fairfax’s total business from 23% to 39%. Costs have also been taken out, leading to a reduction in debt of close to $1 billion, and all while strong branding has seen total paid subscribers rising. 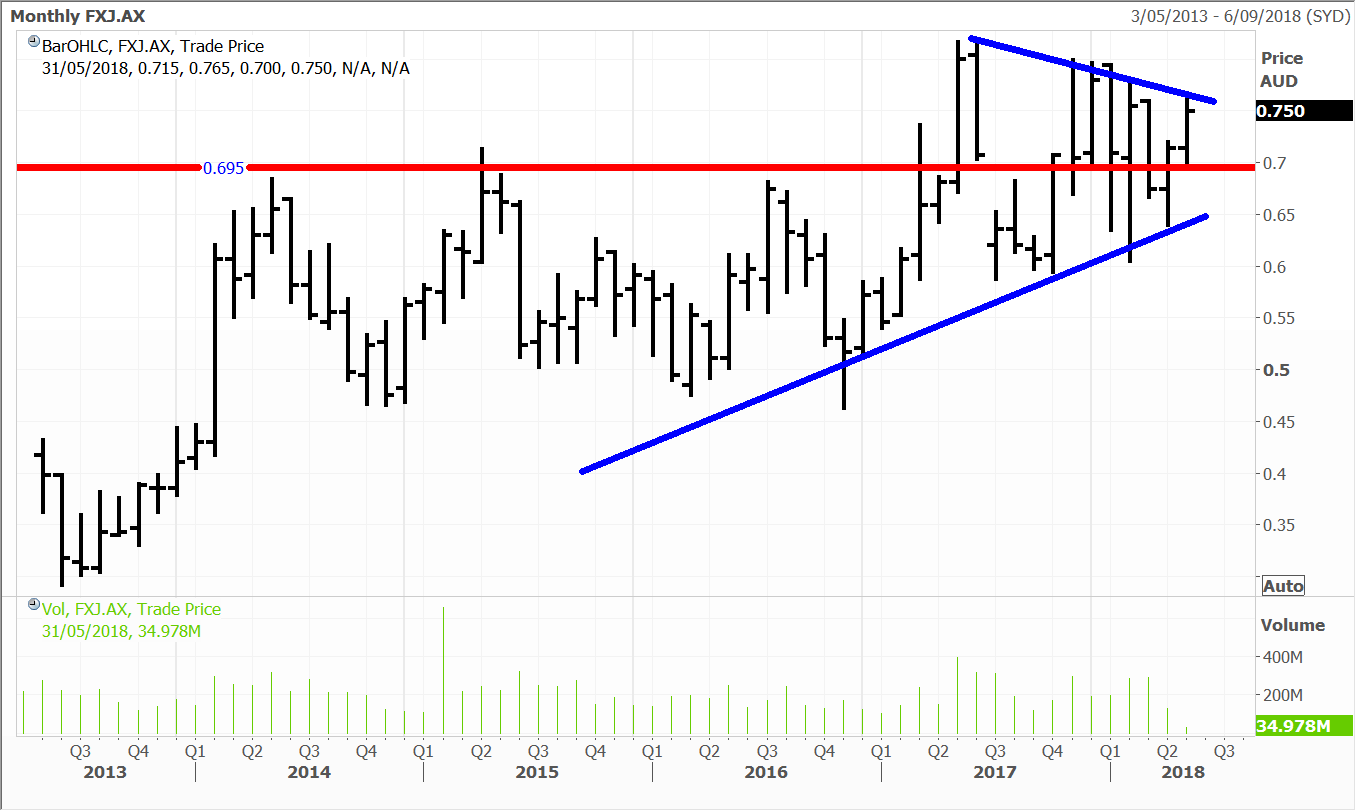 There is more work to do for sure, and while top line revenue is slipping (down 1% in the first half), margins will be increasing with the transition to digital. The company updated that Domain total revenue was up 13%, while digital revenue climbed 21%.

Caixabank shares surged 3.2% in Wednesday trading, with the shares being bid up following last week’s sharp rise in first quarter profits. The Spanish bank posted a 75% year-on-year increase in net profit to €704 million, which was well above the consensus analyst estimate of €560 million. The jump in profit was driven by strong increases in core revenues, lower provisions and the integration of recently acquired Portugese lender BPI and its investees.

Most key metrics improved, with gross income increasing 19.5% to €2,262 million, propelled by the strong performance in the core bank, showing a 6.5% increase to €2,008 million. Net interest income of €1,203 million increased 4.3%. Recurring expenses increased 5.4% to €1,149 million, and positively this lagged the pace of growth in core revenues and excluding the BPI cost base, the increase would have been just 1.8%. Impairment losses slipped to €139 million, down 44.35 from the year earlier quarter. The group NPL (non-performing loan ratio) fell to 5.8%, down from 6.7% in the March 2017 quarter. 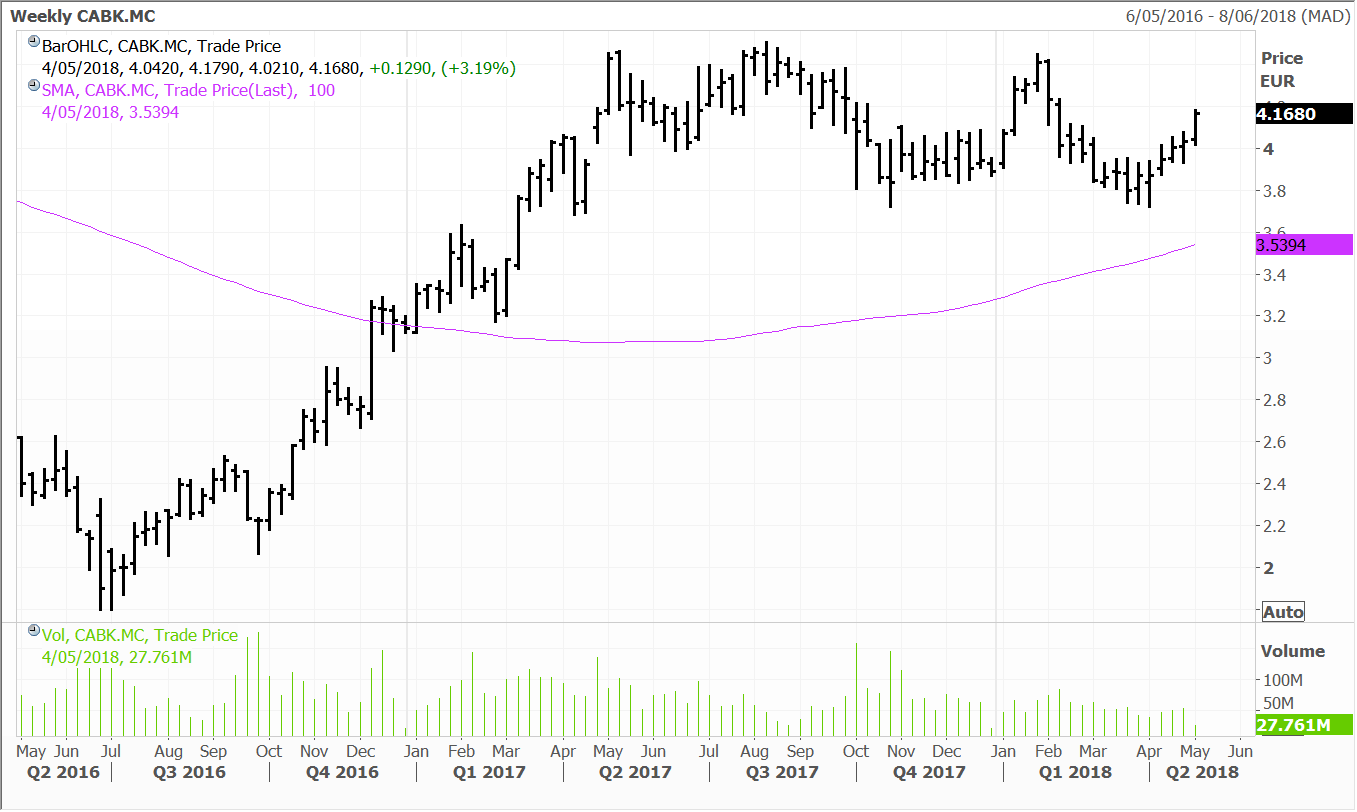 Volkswagen Group is in talks to form a joint venture (JV) with Didi Chuxing – a Chinese ride-sharing, artificial intelligence (AI) and autonomous technology conglomerate, providing transportation services for more than 450 million users across over 400 cities in China.

Volkswagen will manage part of Didi’s fleet of cars and help to custom-built vehicles for the company’s ride-sharing services. As part of the deal the German automaker will initially manage a fleet of around 100,000 new cars for Didi – 67% of them will be Volkswagen cars, according to a Volkswagen executive.

Together the companies will buy new vehicles to expand Didi’s fleet. The companies plan to collaborate on design and development of dedicated vehicles for the ride-sharing business. Although the specifics of the deal were not disclosed, Volkswagen will receive a slice of Didi’s revenue once the JV develops.

Commuting in congested cities like Beijing and Shanghai shows signs of falling private car ownership and increases the demand for ride-sharing services. The consequences could be serious for car manufactures and is driving companies like Volkswagen to pursue other future revenue streams. 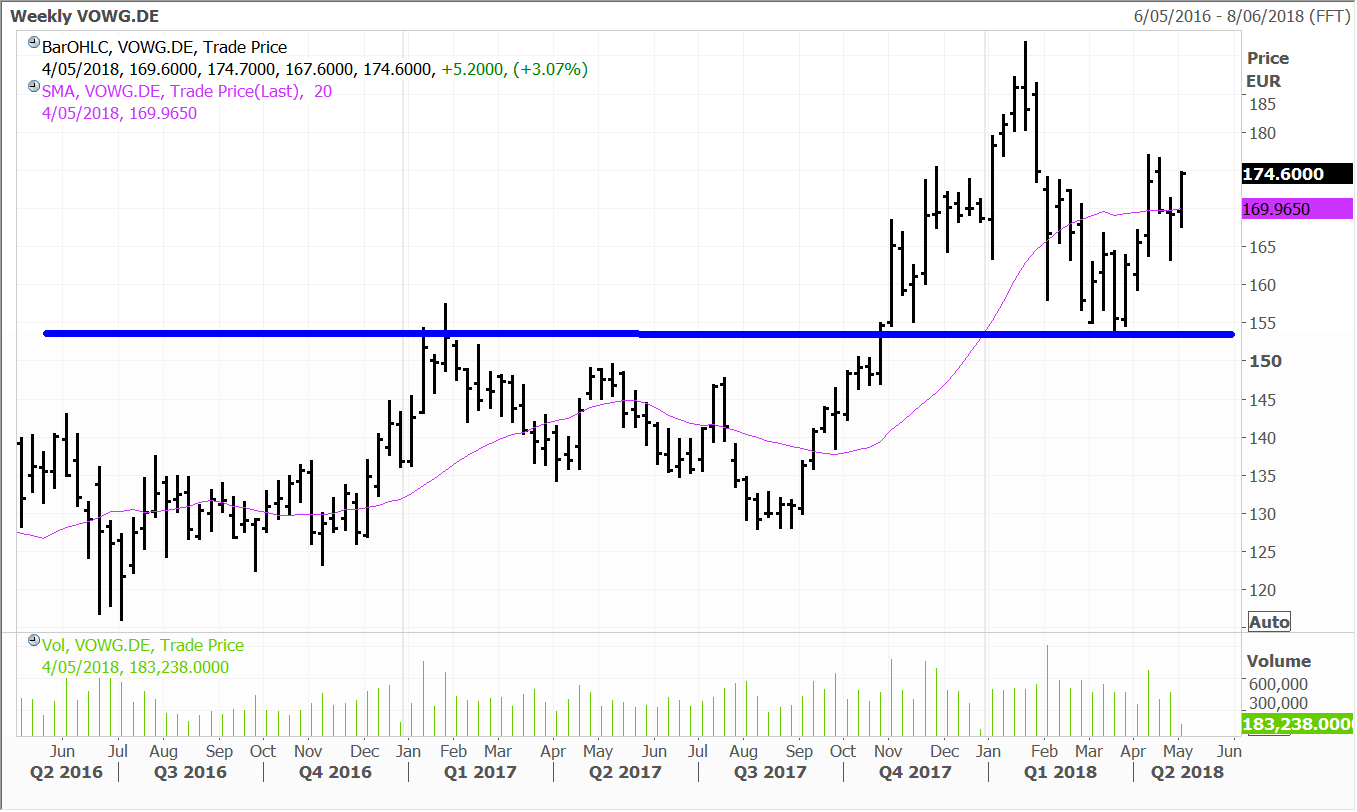