While the Hurricanes did significant damage to the economy, interrupting near-term growth, longer term, the recovery is going to be a driver as housing and infrastructure are repaired and consumers restock damaged items. We have seen this near-term in the auto industry with GM’s sales jumping nearly 12% versus September 2016, as a 43% increase in sales of crossovers and a 10% rise for pickup trucks offset an 11% decline for passenger cars.

The insurance industry will also stand to benefit significantly from the Hurricanes with premium rates set to rise markedly as insurers adjust pricing in response to the loss in capacity. QBE Insurance was down sharply in Australia, despite the fact that much of their super catastrophe reinsurance is locked in already for 2018 which will underpin operating margins.

The market has placed QBE in the “too hard basket” after a decade of disappointment, which reinforces our view of the company being an excellent contrarian play and offering significant value priced at a large discount to international peers.  The turning point for QBE Insurance (when it finally arrives next year) for those prepared to wait could be explosive given the operating leverage to a higher pricing environment and the fact that QBE is valued at 50% discount to global competitors on a price to book basis. There is more on QBE in the Australian section. 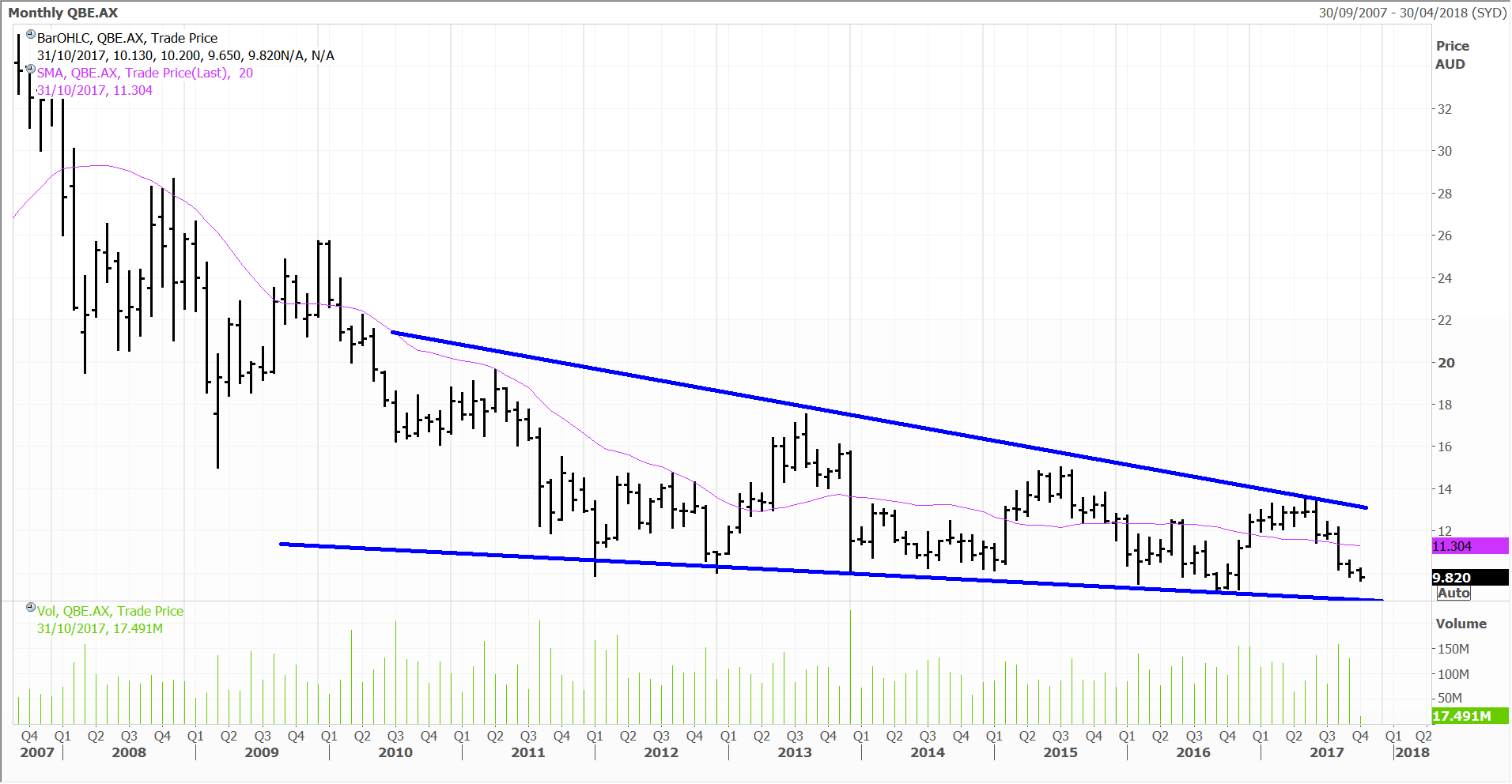 Asian markets were mixed on Tuesday with the Nikkei closing 1.05% higher at 20,614 as the dollar/yen pushed up against 113.  The Topix index hit a two-year high with only the energy sector registering a decline following Japan’s strong manufacturing numbers on Monday. Like the Nikkei, I believe the broader Topix index is poised to breakout to the upside after a multi decade bear market which has endured for nearly 30 years. With resistance currently defined at 1600, the Topix has ranged between 2000 and 700 since 1990 – see below. 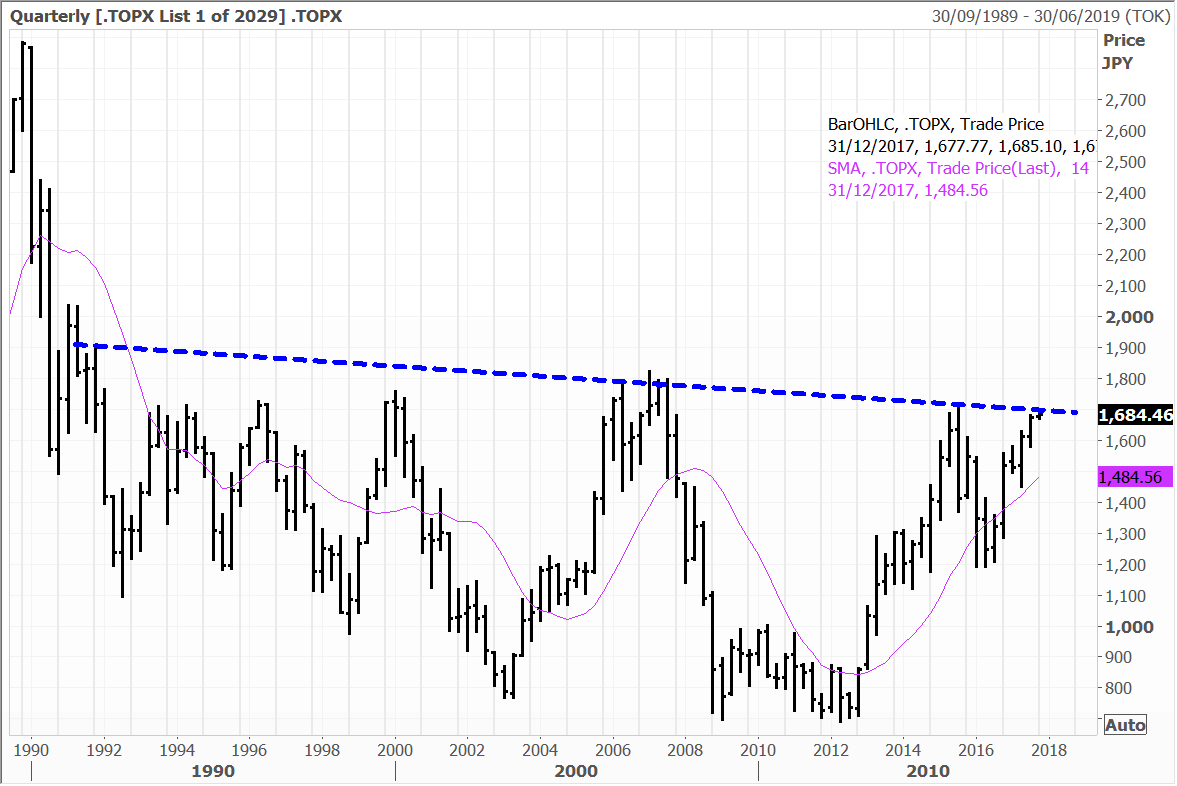 Tokyo governor Yurkio Koikie stated that she will not run in the upcoming national election at the end of October. Ms Koikie formed the Party of Hope on 25 September and attracted support from the opposition Democratic party.

On the corporate front, Sony appointed Tsuyoshi “John” Koredia as the new president of the interactive entertainment division. The division is responsible for PlayStation and generates nearly half of Sony Group’s total operating profit. I believe Sony is going to be one of the ‘standout’ performers in the Japanese large caps, particularly as digital revenues accelerate in gaming, and with the growth of virtual reality and mobile gaming.

Sony has gone through a ‘super inflexion’ point over the past decade. 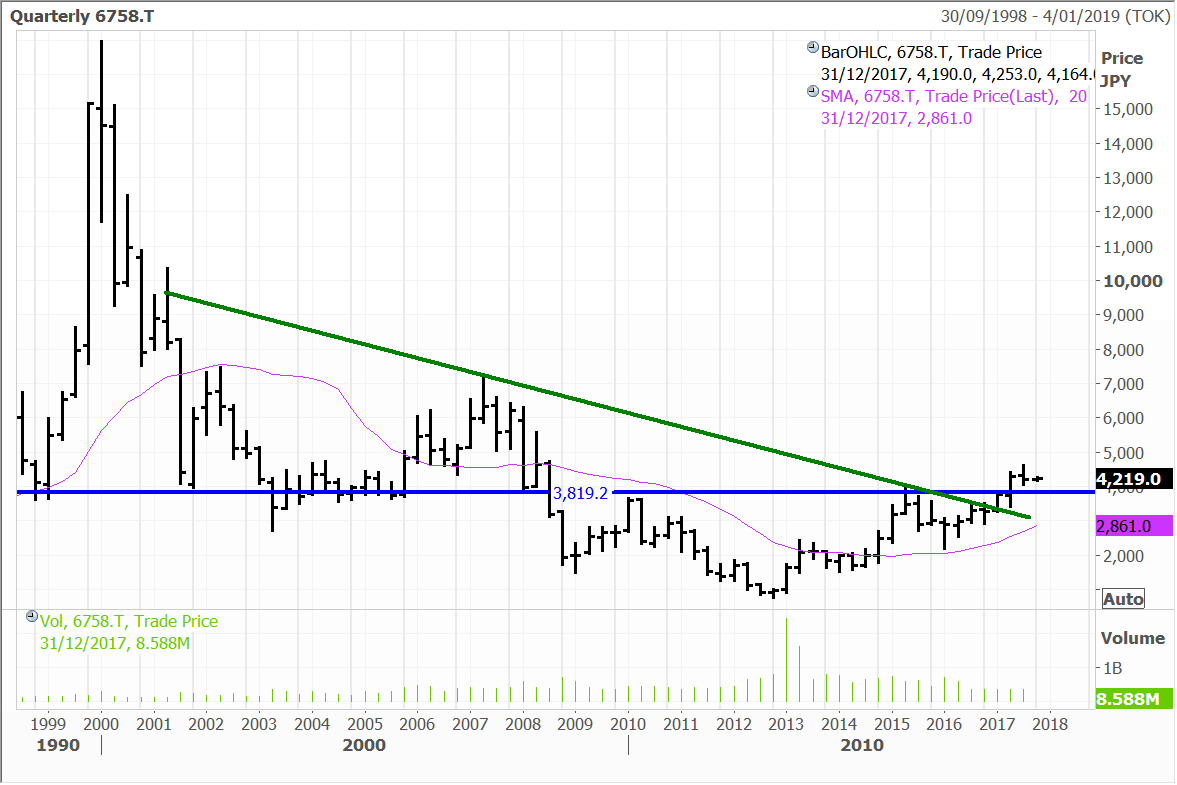 In Australia, the market edged back towards an all too familiar number on Tuesday, with the ASX200 closing down 27 points at 5701, and while the RBA predictably kept rates on hold. Most sectors were weaker, although several large caps saw some support, with BHP, Rio and Telstra edging up.

QBE though issued another profit warning on the back of super catastrophe losses, raising questions over the company’s share buyback plans. I think some context needs to be given after one of the worst years for natural disasters on record, which will suck out capacity and drive up insurance rates.

The company revealed that earnings will take a hit of US$600 million following Hurricanes Harvey, Irma and Maria, and the earthquakes in Mexico. While the exact losses for these events are still unknown, the company has raised the 2017 allowance for large individual risk and catastrophe claims to US$1.75 billion. As a result, the group’s combined operating ratio (COR) target range has moved up to 100-102% (below 100% is profitable). At the half-year result in August, QBE forecast a COR of 94.5-96%.

Unlike company specific warnings in the past, it has been well known that recent natural catastrophes would have some impact on QBE. What‘s unknown is the quantum, and it appears that management are erring on the side of caution in their loss provisioning. It’s a bit late though for the company to be erring on the “side of caution” after disappointing the market on so many occasions.

Which leads to me hypothesising that this time round for QBE “it is going to be a case of “Crying Wolf”; where the market has almost become conditioned to profit downgrades. What could actually be waiting around the corner in six month’s time or so, is not the “big bad wolf”, but in actual fact a profit upgrade. After a decade of negative surprises, the market is not going to know how to deal with a positive earnings result.

Nonetheless, markets have chosen to sell the fact near term, with the shares down as much as 5%, before recovering slightly to finish the session down 3.5% at $9.82. It smelt like capitulation and exhaustion with QBE yesterday with the stock price now resting on key historical support – see below. 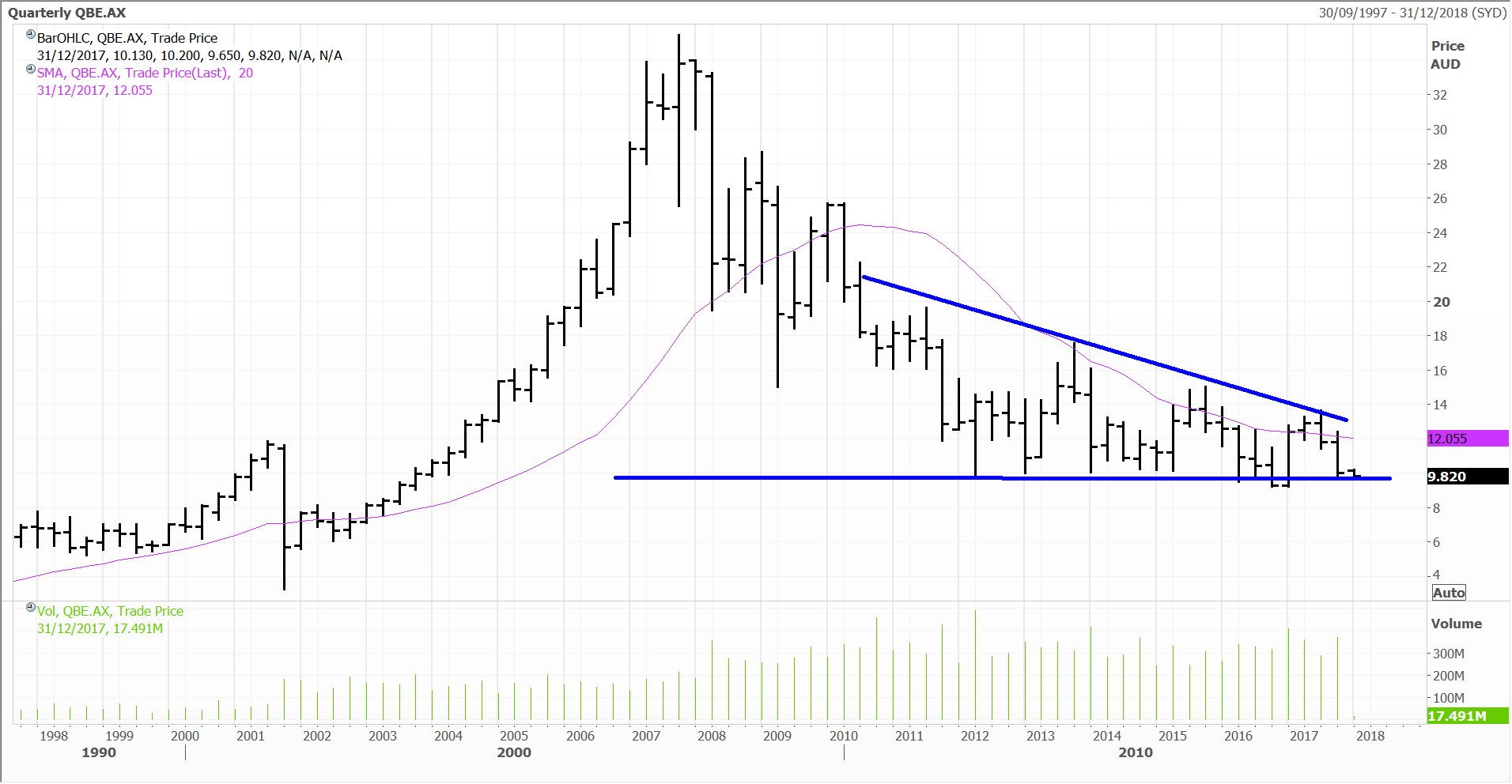 However, looking through the other side, the one in a 100-year event(s) will suck out insurance capacity, which will inevitably push up rates. This should drive earnings growth for well capitalised insurers such as QBE.

QBE also stands to benefit next year, with most of its reinsurance for 2018 already locked in. Outgoing CEO John Neal noted yesterday that “While it is too early to speculate how much reinsurance and primary insurance pricing will rise as a result of recent catastrophe experience, QBE is well placed to benefit from price rises with much of our reinsurance programs already purchased for 2018.”

Therefore, if anything, QBE may be set to benefit from a bump up in earnings in the coming years. This also should put some surety around the US$1 billion share buyback program continuing. Added to the longer-term earnings tailwinds will be a rising yield curve, which will bolster investment income. Indeed, management have noted that the company is on track to generate investment returns of around 3% this year, which will mitigate the underwriting performance, and still enable a pre-tax profit this year.

It is normally calmest after the storm, and that’s what I can see further out on the horizon for QBE. And at current share price levels I am happy to own the stock with downside limited – if anything, the stock is a takeover target trading at a 50% price to book discount to international peers. New CEO Pat Regan could also bring some positivity, as I think that the kitchen sinking has already been done by his predecessor.