Australia has not had a recession in 27 years with the economy continuing to grow, yet the ASX200 has not done anything in a decade. Yet valuations are very cheap. Nothing begets momentum like momentum and a breakout to the topside of the range will shake the ASX200 “out of the doldrums” and reanimate the investment community from what has been a slumbering year.

There were some tell-tale signs yesterday with notable support coming back in for QBE Insurance, which rose 2.75% to $10.09. I outlined the compelling case for the insurer in yesterday’s daily, and the strong value that exists.

Morgan Stanley also came out with a similar view saying that it was “time to buy”. They hold the same view that the market is “not pricing in FY18 earnings upside from premium hikes.. On an estimated P/E for next year of 9.7, a price-to-book ratio of 0.9 and a 6.7 per cent dividend yield, the valuation is “compelling.” Certainly we are on the same page. The time to buy QBE is now and certainly beat the rush later this year. I would rather be early on this one, than too late. 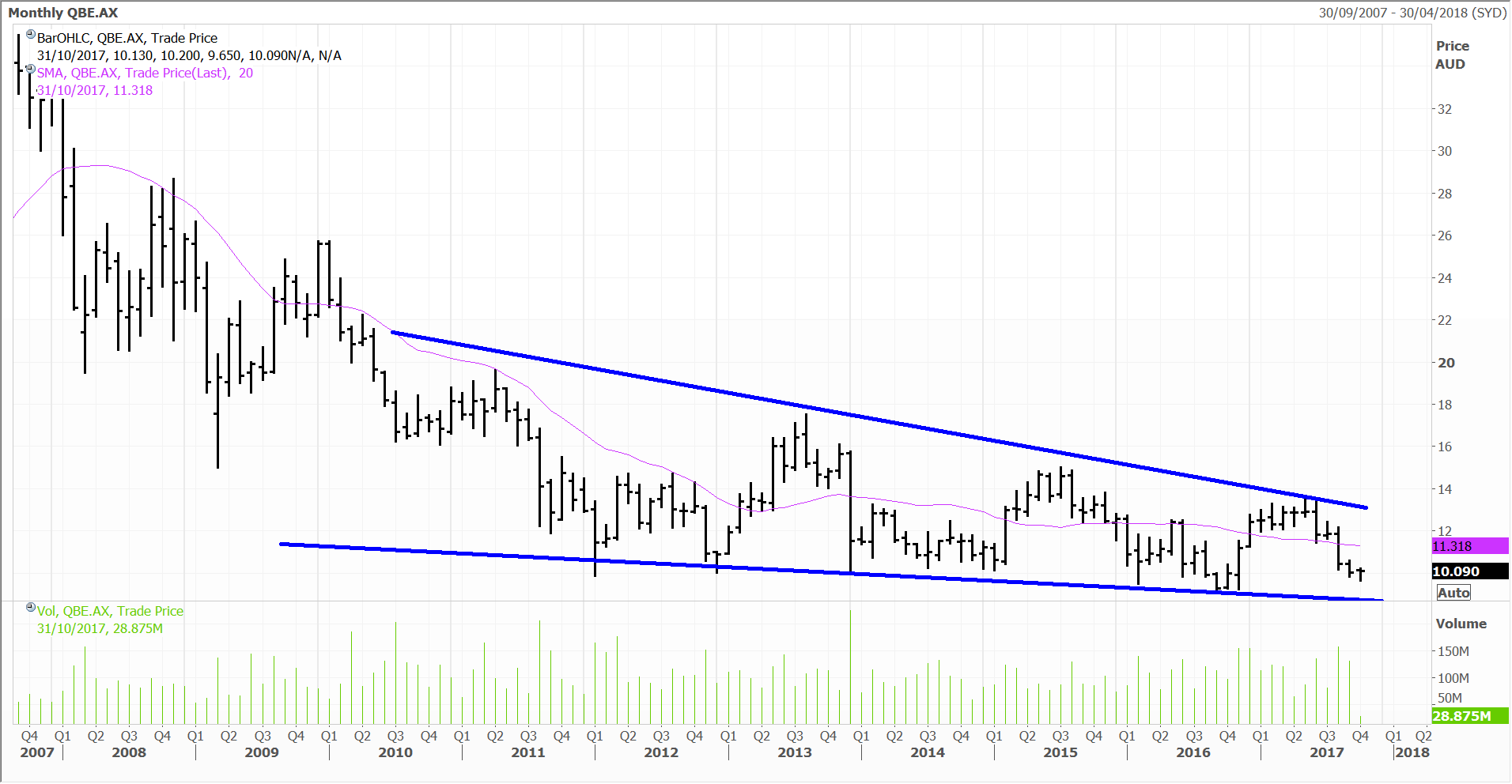 An Executive Shuffle at Sony

As I touched upon in yesterday’s note, Sony this week promoted John (Tsuyoshi) Kodera to the position of President and CEO of Sony Interactive Entertainment (SIE), with immediate effect from Tuesday. This will include responsibility for the game and network services business globally, which is the home of the PlayStation. Sony is a core holding in the Fat Prophets Global Contrarian Fund and the Asian and Global Managed Account portfolios.

Mr Kodera takes over from Andrew House, who headed up the business from 2011 to great success, with the PlayStation trouncing its chief rival the Xbox in the latest console war. Mr House will stay on as Chairman of the business until the end of the year before pursuing “new challenges.”

Previously Mr Kodera was the unit’s deputy present and is a Sony Veteran, joining the conglomerate’s ranks back in 1992. Mr Kodera become president of Sony’s network services online gaming and media division in 2013 and has “played a pivotal role in its growth,” according to comments from Sony Group CEO Kazuo Hirai. He helped launch the Vue TV service, the online game streaming platform and other non-gaming content to generate more revenue from the network’s 70 million or so users. The addition of non-gaming content was likely seen as a strategy to smooth the earnings volatility of the unit between console lifecycles. 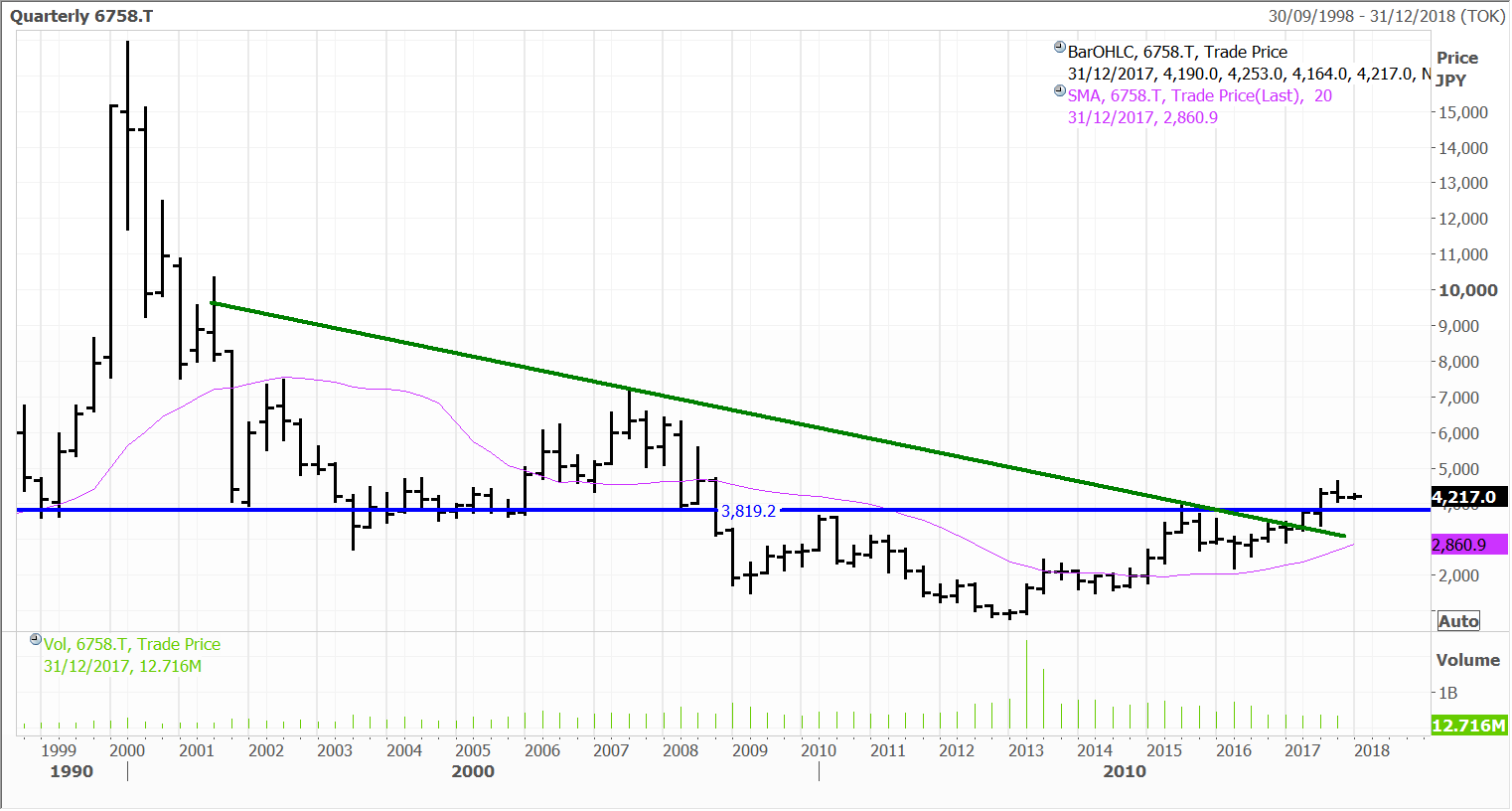 Last year Mr Kodera was elevated to the deputy role at SIE and has since been responsible for the unit’s overall business strategy and product planning.

Discussing the appointment, Mr Kodera stated, “It’s a great honour to take on the role of President and CEO, SIE, and I’m very grateful to Kaz and Andy for the trust and faith they have shown in me.  I intend to build on the amazing progress Andy has made enhancing the PlayStation brand and expanding the game and network services business, and will strive to further strengthen the unique value proposition we are able to offer via the PlayStation platform.  I look forward to working together with the SIE team, and everyone across the Sony Group, to continue to strengthen relations with our business partners, and provide the best possible interactive entertainment experiences, that only PlayStation can deliver.”

The PlayStation provides a Power Up

Mr Kodera’s most recent appointment to head of the SIE unit is a key role within Sony. The Game and Network Services segment accounted for approximately one-fifth of Sony’s revenue in the financial year ended March 2017 and almost half of operating profit. 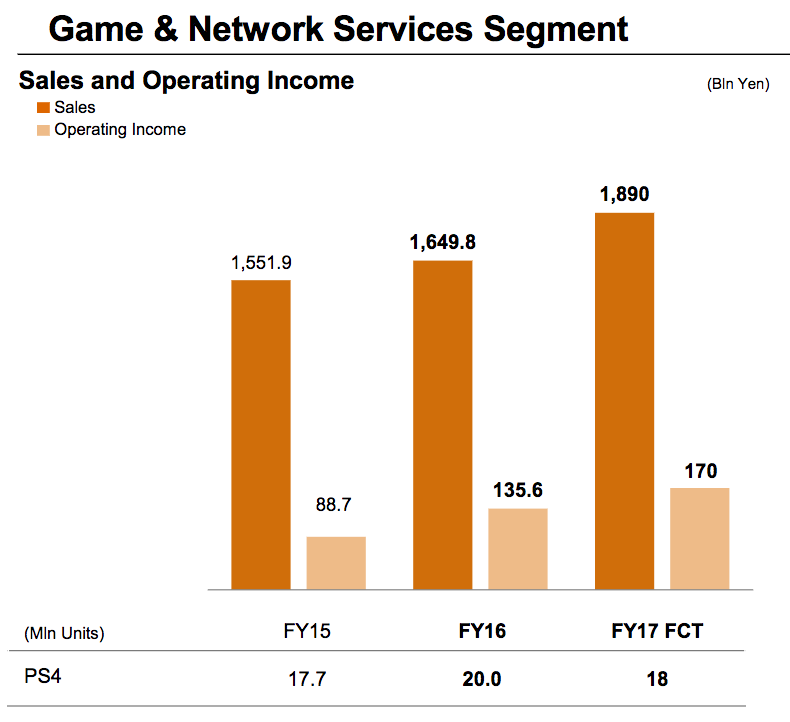 Segment revenues increased 6% year-on-year to ¥1.65 trillion, even as they faced a foreign exchange headwind of 9%. Operating profit jumped 53% to ¥135.6 billion and was forecast at the time to hit ¥170 billion this year. Since the division’s operating profit has been revised upwards to ¥180 billion.

It was also a tipping point for the business model in the PlayStation business during that period, as the PlayStation Network made up most the division’s revenue, with subscriptions and digital downloads surpassing hardware revenue.

The PlayStation business is a key growth driver for Sony and we expect that trend to continue. Growing digital downloads are positive for margins, downloadable content (DLC) is lengthening games lifecycles and creating recurring revenue and the PlayStation subscription base should continue to grow.

Disclosure: The Fat Prophets Contrarian Fund declares a holding in QBE and Sony.