The S&P500 dropped sharply but rallied into the close as it became clearer to the markets that Europe would not be abandoning the agreement and that any severance by the US would not take effect for at least another 90 to 180 days. Oil dropped sharply on the news and recovered, while the Dow Jones Transports and Russell 2000 indices closed up 0.9% and 0.5% respectively.

The S&P500 closed squarely in the middle of the triangle trading range and well above the 200-day moving average. The fact that the market recovered so quickly in the face of geopolitical tensions is encouraging and provides me with further confidence that the February / March corrective selloff is all but completed.

All things come to an end.

In corporate news and movers, Comcast shares were weaker after it was reported the company is lining up debt sources to make an all-cash offer for Fox assets to disrupt the Disney takeover. Comcast is already in the running for Sky but has a significant debt load, so with another potential $60 billion in debt to be loaded if the bid is successful, investors are understandably nervous.

Disney is in a much stronger position both tactically and strategically in our view and is a more natural home for the Fox assets – a view that Mr Murdoch seemingly shares when he talked up the prospect of owning Disney shares when agreeing to the takeover last year. Murdoch went on the record saying that Disney could easily double in value following the merger. I share this view, and see an enormous opportunity in Over The Top streaming (OTT) for the entertainment behemoth. While Disney shares dipped 0.7% the company reported a solid earnings beat after the close. More on Disney later.

Casino operator Wynn Resorts closed effectively flat after a strong past week when the stock was supported by the news of booming April gaming revenues in Macau, where it has a major subsidiary, Wynn Macau. Precious metals miners Coeur Mining and Barrick Gold were mixed with a 0.6% gain and 0.6% slide respectively. Shares of Indian bank ICICI tacked on another 1.9% gain to follow its strong performance on Monday on the heels of its latest quarterly report. More on ICICI later.

Cement giant Lafarge Holcim slid 3% in Zurich trading after first quarter recurring EBITDA declined 7.7% on a like-for-like basis, as business was impacted by adverse weather in Europe and North America. That weighed on peer Heidelberg Cement somewhat, which closed 0.6% lower.

In other trading news, the world’s second largest brewer Heineken advanced 1%, while the Spanish banks Caixabank and Bankia closed 0.7% higher and 0.4% lower respectively. Among other banks on the continent, Credit Suisse edged up 0.3% and Societe Generale dipped 0.2%. Travel technology leader Amadeus IT Group added 0.4% and the world’s yoghurt maker Danone edged up 0.3%. Shares of luxury goods titan LVMH ticked up 0.2%, while Telepizza dipped 0.2%.

Amid corporate news and movers, one of Japan’s largest trading house by assets, Mitsubishi Corp surged 4.6% on a jump in annual profits and optimistic outlook. More on that later. Meanwhile, among financials Bank of Kyoto gained 2.2% and the megabanks Mizuho, Mitsubishi UFJ and Sumitomo Mitsui advanced 0.4% to 0.9%.

In Hong Kong technology shares led, financials were solid and energy firms lagged. On the technology side internet conglomerate Tencent Holdings closed 2.8% higher and Sunny Optical surged 6.3% with the Apple supplier boosted by Apple’s recent strength. Insurers Ping An and PICC gained 2.3% and 3.1% respectively.  Oil and gas supermajor CNOOC gave back some of Monday’s gains, falling 1.8%.

The Macau casino stocks were mixed, with Sands China, MGM China and Wynn Macau’s moves on the day ranging from minus 0.2% to positive 1.5%.

Crop protection company Nufarm was on the back foot slightly yesterday, as the company downgraded full year earnings to the lower end of guidance. Management expects underlying earnings before interest and tax for the 12 months to July 31 of around $317.4 million, or up 5% on last year. Previous guidance was for growth of 5-10 per cent.

The company has blamed “challenging climatic” conditions in Australia, New Zealand, Europe and North America. “Blame it on the weather” they say, but in this case, Mother Nature is a natural risk for agricultural related companies. Whether you think global warming is ‘fake news’ or not, the level of ‘extremes’ appears to have increased.

Some regions in Australia have recorded their driest April on record. This has implications for crops and crop protection products. On the other side of the globe the winter in Europe and North America has pushed into spring.

Investor reaction was fairly modest, with the shares down 0.9%, and I think that Nufarm is well placed to the world’s rising demand for food, shortage of arable land (with the weather a part of this) and the need to increase yields. Astute acquisitions have also strengthened the company’s leverage to this thematic. 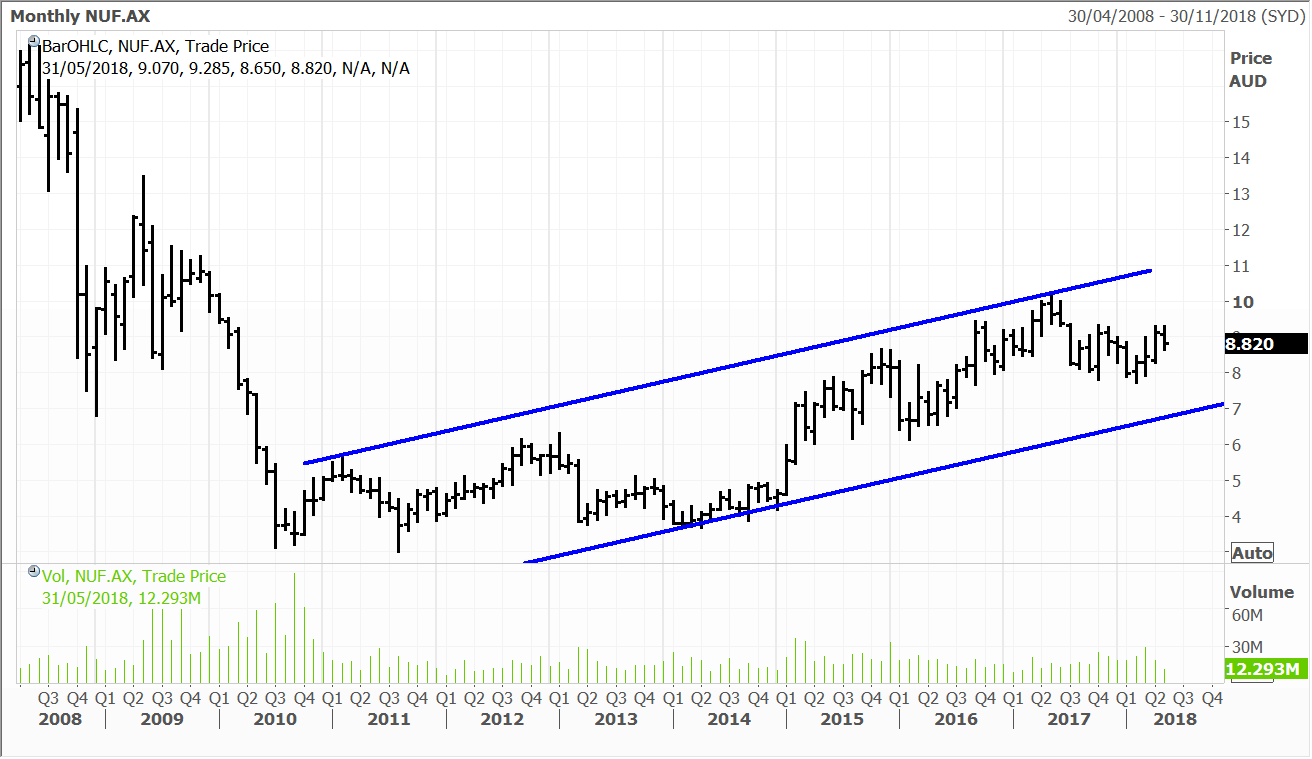 India’s largest private sector bank, ICICI surged 6.7% on the Bombay Stock Exchange after they reported a better than expected result, despite a 45% drop in its profit for the fourth quarter ended March 2018 – which was mainly due to a sharp rise in provisions for bad debts. Net profit for the bank came in Rs1,141 crore versus the Rs2,082 crore in the same quarter last year. The results were still above the streets expectations of Rs955.7 crore. Profit was boosted by the sale of shares in the capital arm of ICICI Securities.

ICICI bank’s total income from operations for the quarter however increased to RS33,760 crore up 18% form Rs28,603 crore a year ago. Gross bad loans for the lender as a percentage of total loan stood at 8.84% at the end of March compared to 7.89% for the same time last year.

NIM (net interest margin), the difference between interest earned on loans and interest paid on deposits, an indicator of profitability increased to 3.24% from 3.14% in the previous quarter. “Our strategy for the upcoming years would be based on three keys aspects – preserve, change and grow,” CEO Chanda Kochhar said.

The bank plans on reducing risk on its balance sheet by increasing the share of the retail portfolio in the overall loan book to 60% in the next year from a current 56.6%. 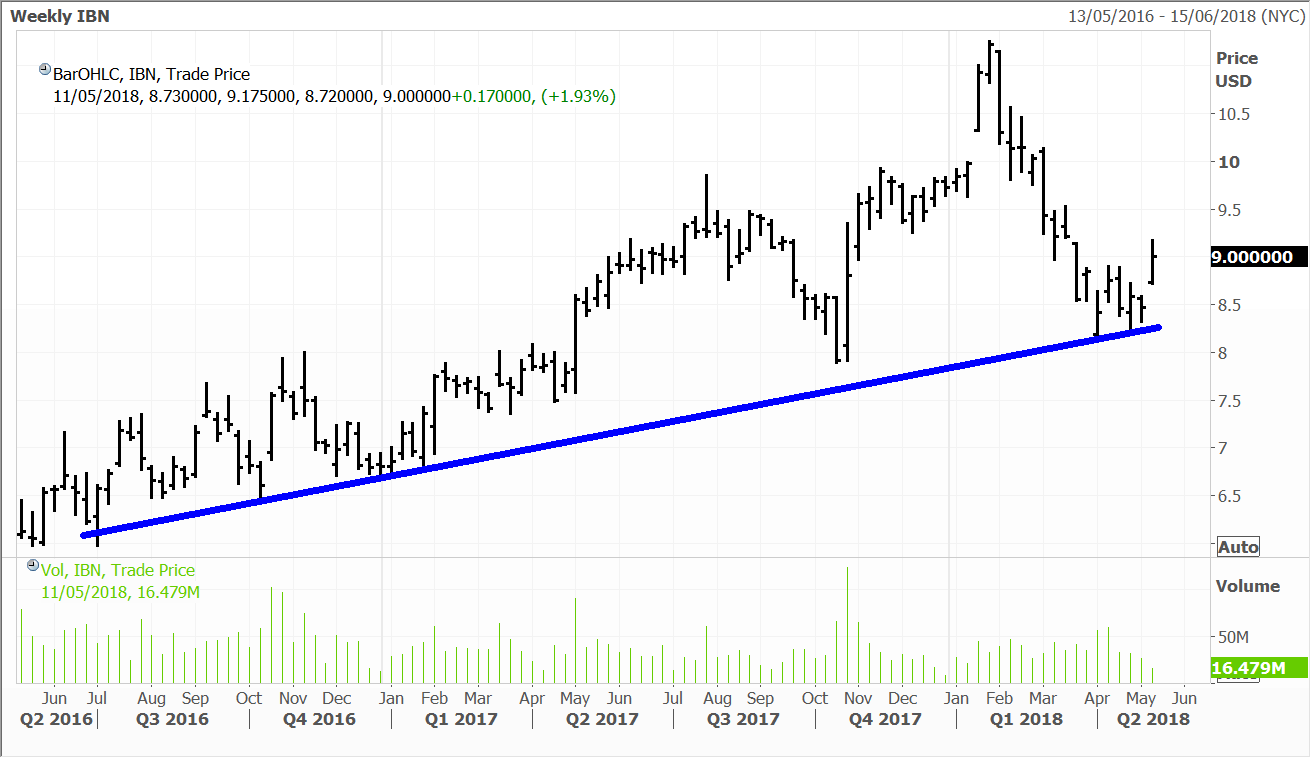 Walt Disney reported a 9.1% increase in quarterly earnings after the closing bell on Tuesday – driven by the box office success of superhero movie “Black Panther” and higher attendance and spending in its theme parks and resorts.

Total profit for the second quarter increased 30% to US$2.94 billion or US$1.95 per share compared to the US$2.39 billion and US$1.50 per share in the same quarter last year, well above analysts’ forecasts of US$1.68 per share. The company said total revenue climbed to US$14.55 billion from US$13.34 billion – beating the streets estimates of US$14.23 billion.

“Our ability to create extraordinary content like Black Panther and Avengers: Infinity War and leverage it across all business units, the unique value proposition we’re creating for consumers with our DTC platforms, and our recent reorganization strengthen our confidence that we are very well positioned for future growth.”

Disney launched its US$5 per month sports streaming service ESPN Plus last month. The company also signed a deal with Twitter this month to produce ABC, ESPN and Marvel content on the streaming service. Disney is also in the process of trying to acquire much of 21st Century Fox including Fox TV network and the movie franchise “X-men”.

Movie franchises of the company like “Star Wars” and “Avengers” have been raking in money – “Avengers: Infinity War” has grossed over US$1 billion since it opened on April 27 and the film is yet to hit China – the second biggest movie market in the world.

“Disney is very well positioned for future growth because of its ability to take advantage of such franchises across all businesses and the unique value proposition it’s creating with direct-to-consumer streaming services.” Igner added. 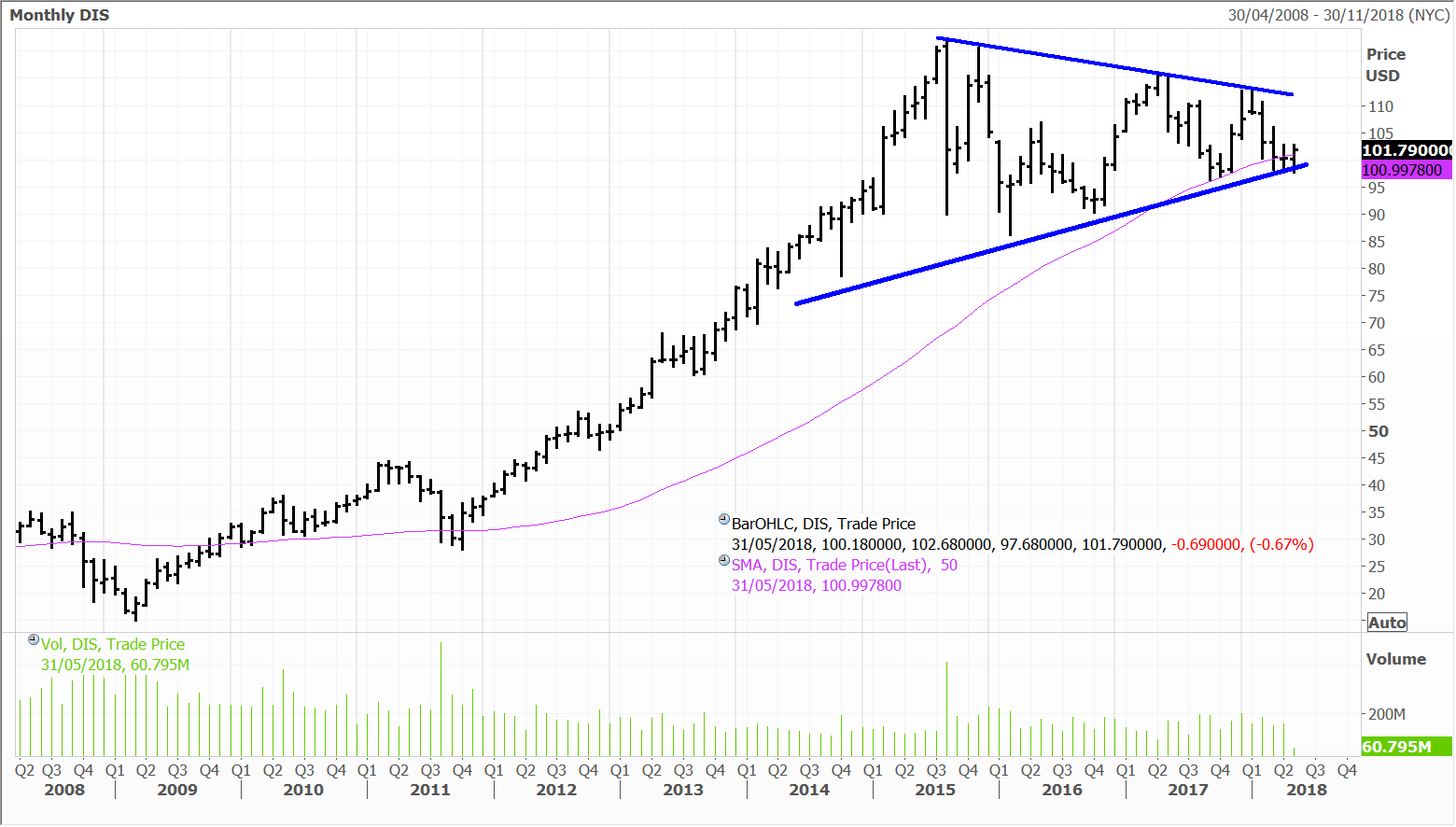