The rally in the US indices continued on Wednesday with energy stocks buoyed by the US withdrawal from the Iran nuclear deal, which ignited crude oil prices. Banking and steel stocks also fared well, while housing was a relative laggard. The tech-heavy Nasdaq slightly outperformed the other major indexes on Wednesday, finishing 1% higher, narrowly pipping the S&P 500’s 0.97% rise and the Dow’s 0.75% gain. The best performing sector was energy which lifted 2% after WTI and Brent oil surged more than 3% to settle at $71.26 and $78. Oil is now at the highest level since 2014.

President Donald Trump’s decision to quit a nuclear agreement with Iran was behind the rally in oil. What we are seeing is confidence returning to the market after being damaged badly in February and March. The aftermath of the reporting season has emboldened the market, and in the absence of any downside volatility, investors are coming back to stocks. Part of the recovery is due to the Street now forecasting consensus earnings of $174 for the S&P500 in 2019 which places the valuation at an attractive 15.5X. Warren Buffett’s step up to buy more Apple in recent weeks has also provided encouragement.

I have been running the chart below for several days now. The S&P500 on Wednesday pushed up against trend line resistance, and it is probably only a matter of days or weeks before we see a decisive breakout. Technically, the series of higher reactionary lows is positive and the fact that the S&P500 failed to fall and held above the 200-day moving average.

As I have written in these notes over the past week, I see the breakout being resolved to the upside and the S&P500 moving up to challenge the 2800 level in coming weeks. This would mean that May has defied typical patterns and put in one of the best monthly performances in ten years. Cash balances are higher today than four months ago back in January after significant deleveraging and profit taking, so this liquidity will provide some of the fuel for the rally.

But we could also see capital flows to continue ebbing out of bonds and into equities. The Ten Year Bond yield surged past “the big 3” on Wednesday for the first time in many years, closing at 3.002%. Higher oil prices are going to push the Producer Price Index up and this in turn will feed into inflation. Whilst we are yet to see inflation breakout in the labour market in the form of higher wages the transition from commodity prices is going to be transition much faster.

In the Fat Prophets Global Contrarian fund we are not only short US Ten Year bonds, but have added to our commodity longs and hold significant exposure to the energy, base metal, soft commodity, and precious metal sectors – all of which have been performing strongly in what I think is the early stage of a higher inflationary cycle. With energy the best performing sector so far in the June quarter (up 12%) we are going to get broker upgrades coming through which could now begin to push the current consensus for 2019 S&P500 EPS north of $174. 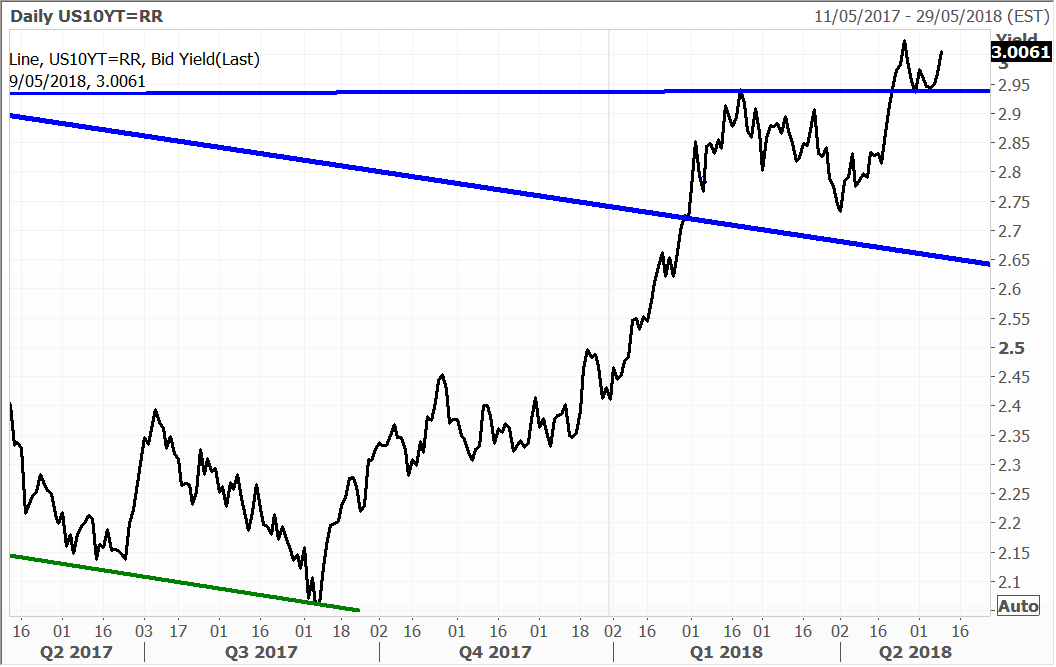 Shares of the world’s largest retailer by revenue, Walmart, slipped 3.1% as it announced a deal to buy a roughly 77% stake in Flipkart for $16 billion. Flipkart is India’s largest e-commerce player. India is a market with huge long-term potential, but Flipkart remains firmly loss-making and Walmart’s physical presence in India is relatively small. It will put Walmart against Amazon in another market after Walmart has lifted its game in e-commerce at home in the United States. We have exposure to India’s long-term growth through the likes of banks HDFC (+0.6%) and ICICI (+0.4%).

In corporate news Walt Disney dipped 1.8% despite reporting a very strong quarter this week that significantly beat Wall Street estimates. Weighing on the stock were concerns that Comcast will lob a last minute all-cash $60 billion bid for a raft of Fox assets that forces Disney to pay more. This was behind the drop in Disney’s share price on Wednesday. However I don’t anticipate weakness in Disney to be lasting and it really is only a matter of time before the market begins to price in future revenues from the other the top (OTT) TV streaming business to be launched next year.

Last year Fox agreed to sell with the Murdoch’s choosing Disney, believing in its franchise and brand portfolio and the powerful potential of the combined entity. Comcast on the other hand is an entrenched player in cable, but this is a declining and dying business.  Whilst other Fox shareholders will be tempted by an all-cash bid at a significant premium, Disney is the best fit both tactically and strategically with Fox by a country mile.

I therefore expect Fox shareholders to vote for their support for Disney. Why take $1 today – and pay capital gains taxes – when it could be worth more than $3 tomorrow? The Murdoch Family already gives Disney a big head start, holding more than 13% of the voting shares.

In a CNBC interview following this week’s earnings report Disney CEO Bob Iger remained confident Disney will clinch the deal and given the entertainment giant’s much stronger balance sheet. This gives Disney the ability to sweeten its offer. Comcast on the other hand would have to borrow all the cash – and this could prove to be very expensive given its core cable business has plateaued and on the verge of decline.

Disney is converging within a triangle trading range. A higher series of reactionary lows and lower highs have pushed the stock towards the apex of the triangle. It is only a matter of time now before the contractionary trading range is resolved decisively in one direction or the other. The catalyst for this in all probability will be the takeover bid for Fox – and whether Disney wins and has to pay more. With Netflix today commanding a valuation that is equivalent to Disney, and Disney stock priced at what is now a significant discount to the S&P500, it is hard to see how the market would not give their coming global streaming product the benefit of the doubt. And therein lies the opportunity. 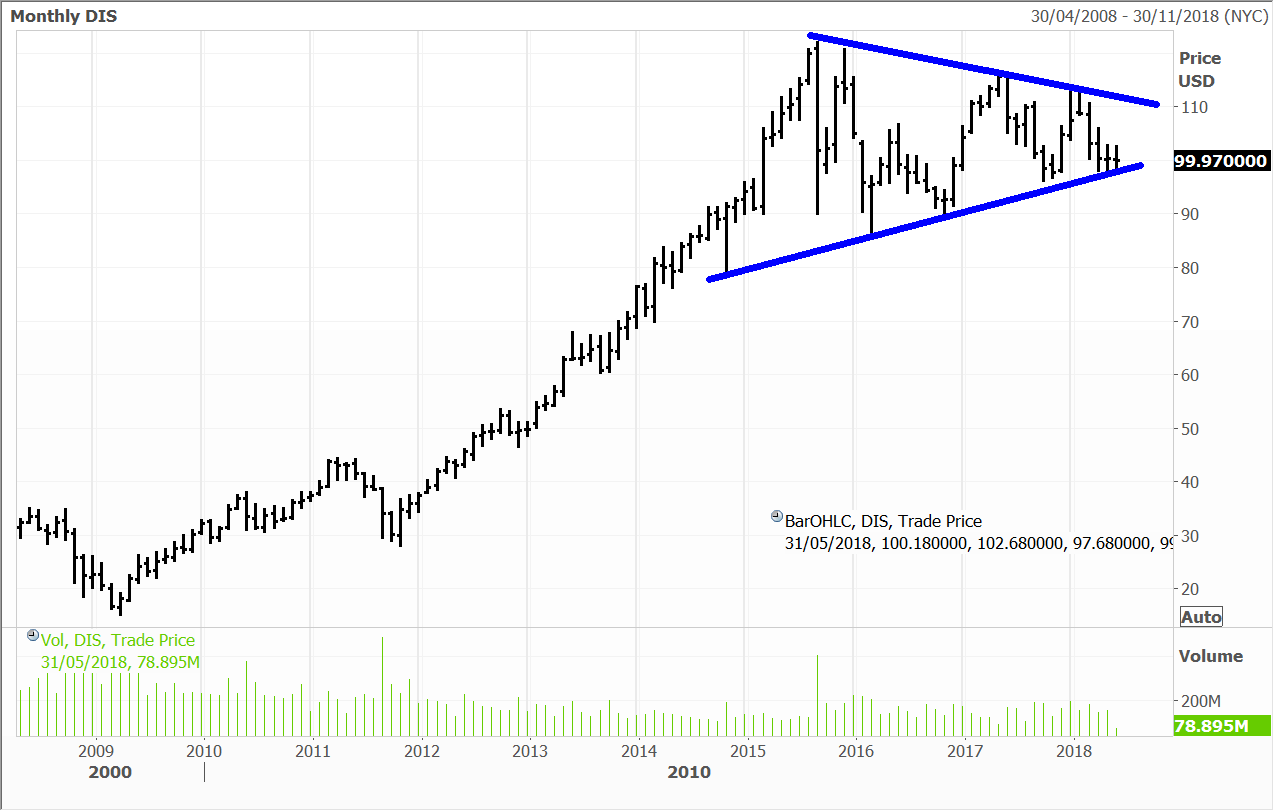 After reporting excellent quarterly results on Tuesday, Walt Disney teased with the possibility that more “Avengers” movies could be on the way – following the box office smashing success of “Avengers: Infinity War” released last month.

Disney’s Chairman and CEO, Robert Iger revealed to analysts on an earnings call that the fourth instalment of the “Avengers” franchise that is due for release in May 2019, “would have a significant conclusion. He went on that “Given the popularity of the characters and given the popularity of the franchise, I don’t think people should conclude that there will never be another ‘Avengers’ movie. There’s certainly a lot more stories to tell, a lot more characters to populate those stories with.”

Bringing together 20 Marvel superheroes, “Avengers: Infinity War” set a new opening week record in North America with US$250 million in ticket sales. Since the release the film has brought in over US$1 billion globally and it is yet to open in China, the second biggest movie market in the world. Analysts expects that the film will become only the fourth in history to pass the US$2 billion mark.

Iger added that there were around 7,000 characters in the Marvel universe that could be discovered in film and that Disney would likely “try our hand at what I’ll call a new franchise beyond Avengers.”

Disney currently has two other Marvel movies lined up for release – “Ant-Man and the Wasp” in July and “Captain Marvel” in March 2019.

German automaker Volkswagen has once again stepped up its growth rate. The company delivered almost 520,000 vehicles in April, a double-digit increase of 11% compared to the same period last year. The group has delivered 2,044,900 vehicles worldwide from January 2018 to April 2018.

Volkswagen Board member of Sales, Jürgen Stackmann said: “The Volkswagen brand continues to step up the pace. We have already passed the 2 million vehicle mark after four months and have generated enthusiasm for Volkswagen with more customers than ever before. The sustained upward trend in our domestic market Germany, the USA and South America is particularly gratifying. It should be mentioned that the new Polo has already been delivered to 140,000 customers and that deliveries of the new T-Roc have reached 41,000 units.”

In Europe deliveries increased by 13%, but in the US the number was the same as last year. In South America deliveries increased 32% with the Polo and Virtus models enjoying considerable popularity. China, the largest individual market for Volkswagen had a 9.5% rise to 247,400 vehicles – the best delivery figure ever recorded in the month of April. Volkswagen in held in the in the Contrarian Fund and in the European managed account portfolio. 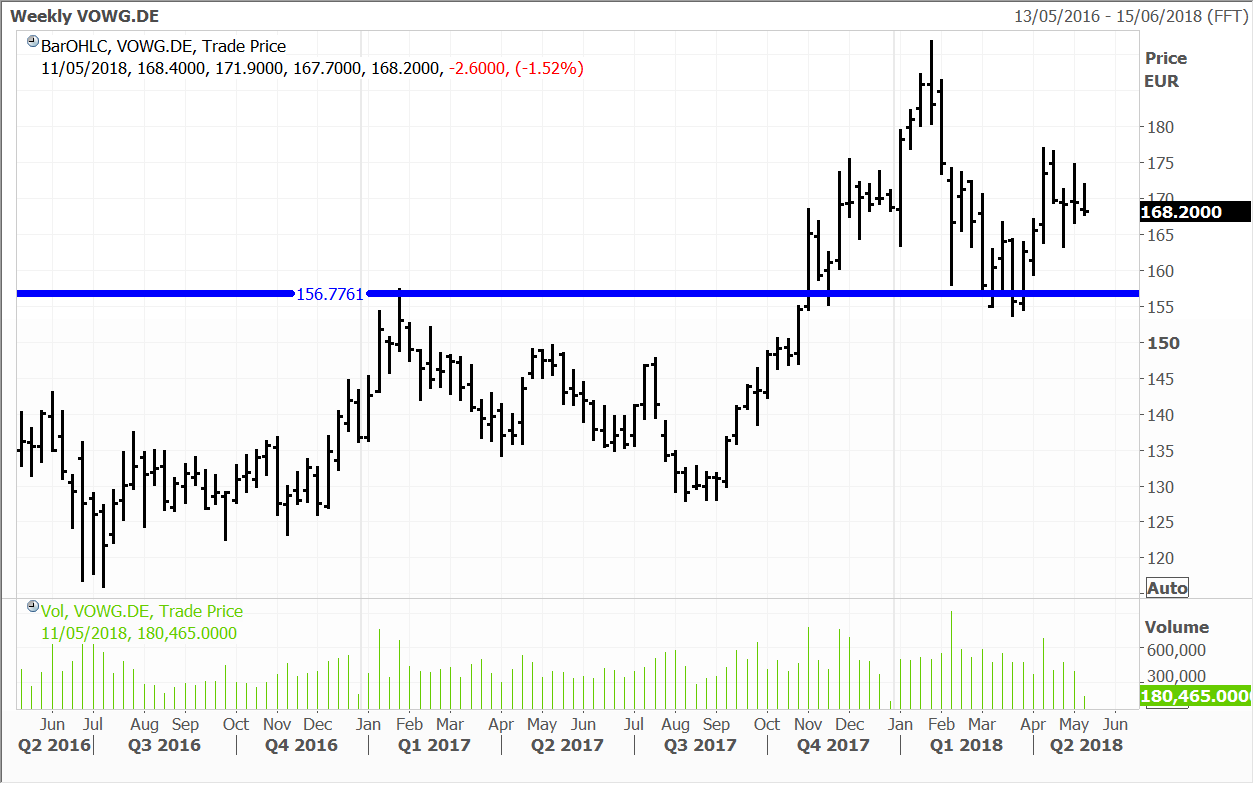