US equity markets saw modest gains on Friday with the Dow Jones up 0.49% at 24,329 and the S&P 500 up 0.55% at 2,651, while the Nasdaq closed 0.4% higher at 6,840. The US non-farm payrolls jobs report came in stronger than expected and Chinese trade data for November showed solid growth and boosted Asian stocks. Precious metal prices lost ground while the Dollar Index strengthened to close just below 94.

The official jobs report for November saw non-farm payrolls increase by 228,000 which was significantly above the forecast for a 200,000 increase. What was also significant is that the average hourly earnings in November increased 2.5% on a year ago versus a downwardly revised 2.3% increase in October.

The energy sector rallied after a 2% lift in crude oil prices. Brent closed at $63.40 while WTI finished at $57.36. China’s crude oil imports lifted to 9.01 million barrels per day which is the second highest data print on record. Rising domestic demand will see China take over the United States as the world’s biggest crude importer this year.  WTI broke upwards from a converging trading range earlier this year, and prices have not looked back. The next target for WTI is $61. 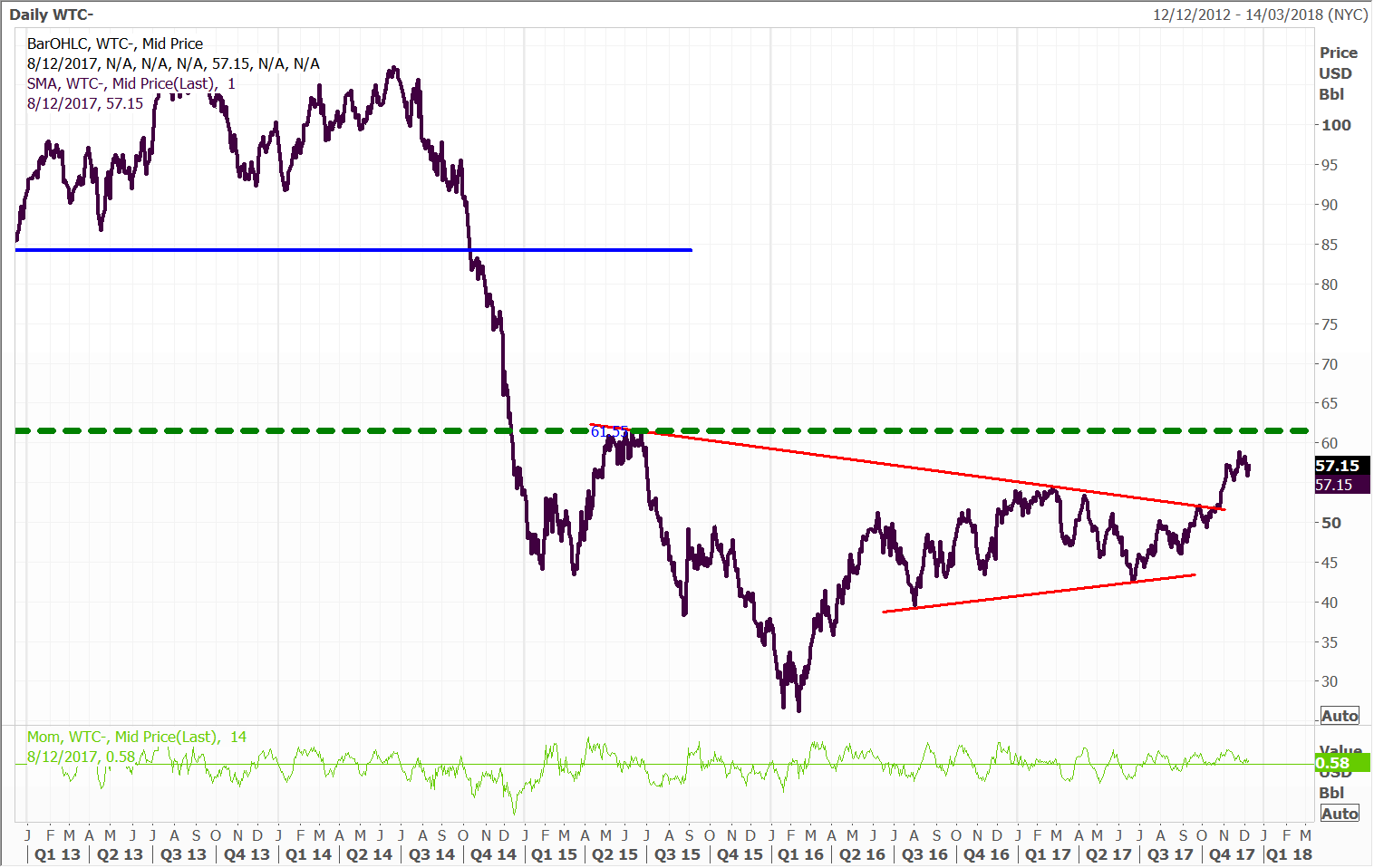 The extension of OPEC’s supply restrictions will run through to the end of 2018 and this will keep the market tight. Whilst US crude output is rising (25,000 bpd to 9.7 million bpd last week), this may not be enough to fill the demand gap. The US now produces nearly as much oil as Russia and Saudi Arabia.

US energy companies added oil rigs for a third week in a row (which is the longest string of increases since June/July), as higher crude prices prompted an increase of drilling. Two oil rigs were added last in the week, which brings the  total count up to 751, the highest level since September but well down since the peak levels of 1600 five years ago. The big question is whether the drilling activity in the US will be sufficient to meet the growing demand gap. 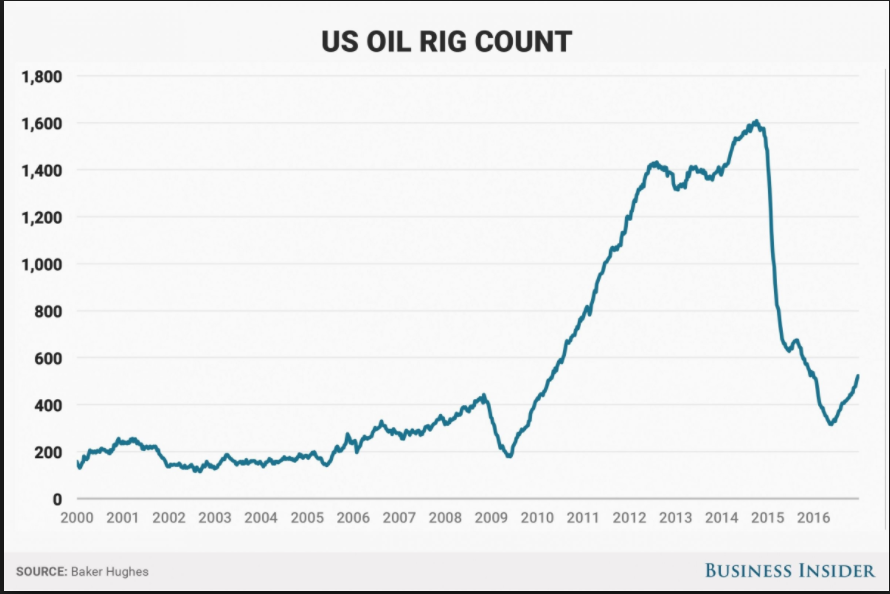 Two of the standout performers on Friday however were Fairfax and Domain Holdings, which rose 5.7% to 74.5 cents and 4.4% to $3.53 respectively. We hold both stocks in the Concentrated Australian and Small/Mid-cap Portfolios, as well as the Fat Prophets Global Contrarian Fund. The market is still it seems, trying to figure out what the two are worth on a standalone basis. As things stands the two combined entities are trading at $1.09 on a pre-split basis. This is slightly higher than in the lead-up to the demerger, but there is further rerating to go in my view. 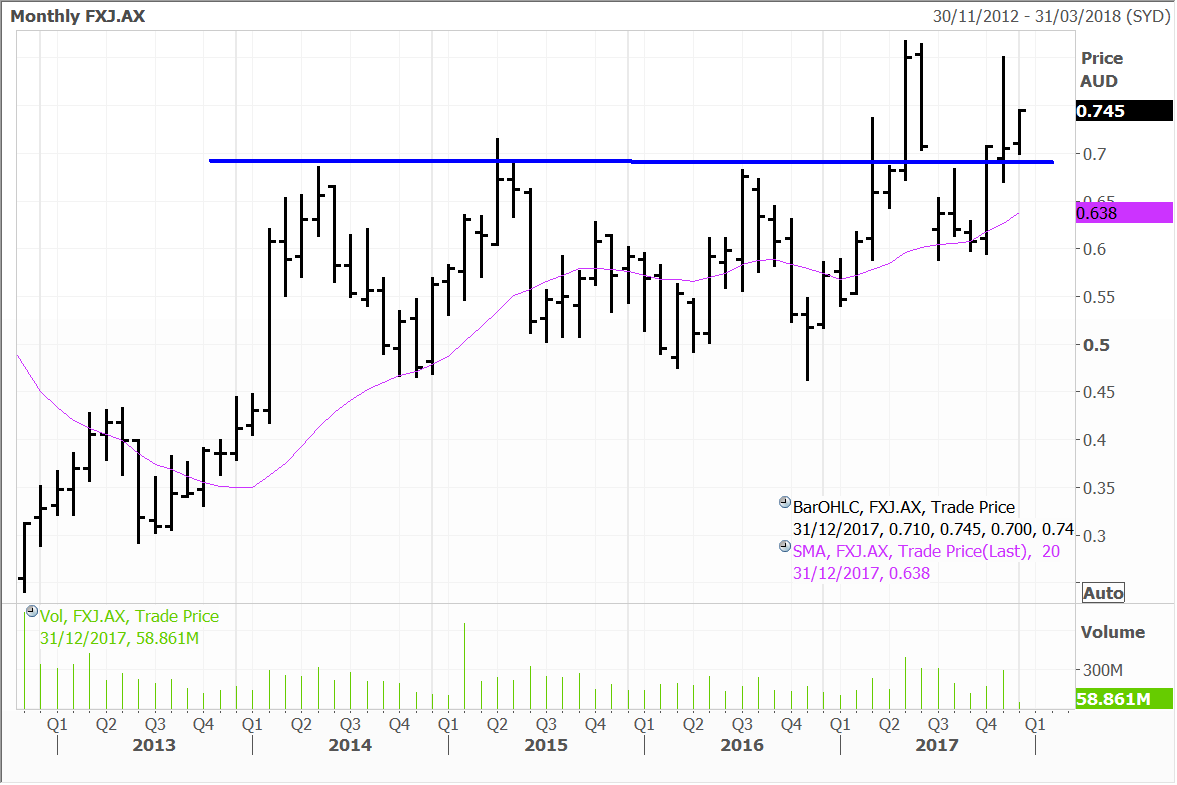 Interestingly, there wasn’t any company news on Friday, although a shareholder notice shows Fidelity’s combined stake has crept up to 5.5% of Domain Holdings. I remain of the view that the sum of the parts as it relates to Fairfax and Domain will prove to be much greater than the whole. We will also likely valuations climb further ahead from the price of around $1.35 that the two private equity bidders walked away.

Having been demerged from Fairfax, Domain is free to be priced more in line with a new media company of its ilk, and not be weighed down by depressed sentiment towards the old media business.

Domain has a market capitalization of $2 billion with an earnings multiple of around 18 times. This is not a stretched valuation when you consider competitor REA trades on a similar multiple – but with a $10 billion market cap. Domain is smaller and nimbler and the number two player in the Australian online real estate market, but by definition this should allow earnings to grow faster.

Fairfax continues to own 60% of Domain and I believe there is significant upside pricing risk in the print media assets themselves. Stripping out the holding in Domain, the current market capitalisation of Fairfax is just $500 million. This means that the market is valuing the non-Domain parts of Fairfax (which also includes SVOD asset Stan which is not making money yet but with top line revenue growing fast and close to breakeven) at around two times earnings.

I see this as being very low, and the market is clearly not allowing for any improvement in the print business or advertising cycle. That aside, earnings gains are also likely to come from further cost cutting, as well as the leveraging of the company’s digital assets. Then there is also the 50% owned Stan. The business is similarly placed to Domain in so far as it is growing strongly, and is well positioned behind the incumbent streaming player in Netflix.