Retail Food Group was going the other way on Monday and lost more than one-quarter of its value in light of a Fairfax investigation which revealed severe hardship amongst the company’s franchisees. RFG operates the Donut King, Gloria Jean’s, and Michel’s Patisserie brands amongst others. The company released an announcement that efforts to support franchisees, along with its financial and operational performance, had not been “accurately reflected” in the Fairfax articles.

Investors shot first though, sending the shares down to $3.25 the lowest level since 2013. The article alleges that the company ‘spies’ on franchisees, as well as saddling them with crippling fees. Franchisee models are at best with challenges, as I can personally attest to, and as always there are two sides to every story. That said there seem to be more than a few issues with RFG and we won’t be looking at the shares any time soon. Our preferred exposure in the QSR space is Collins Foods which owns it stores, and is the largest master franchisee for KFC in Australia, and is also spreading its wings into Europe.

Collins Foods has delivered for shareholders over the past five years 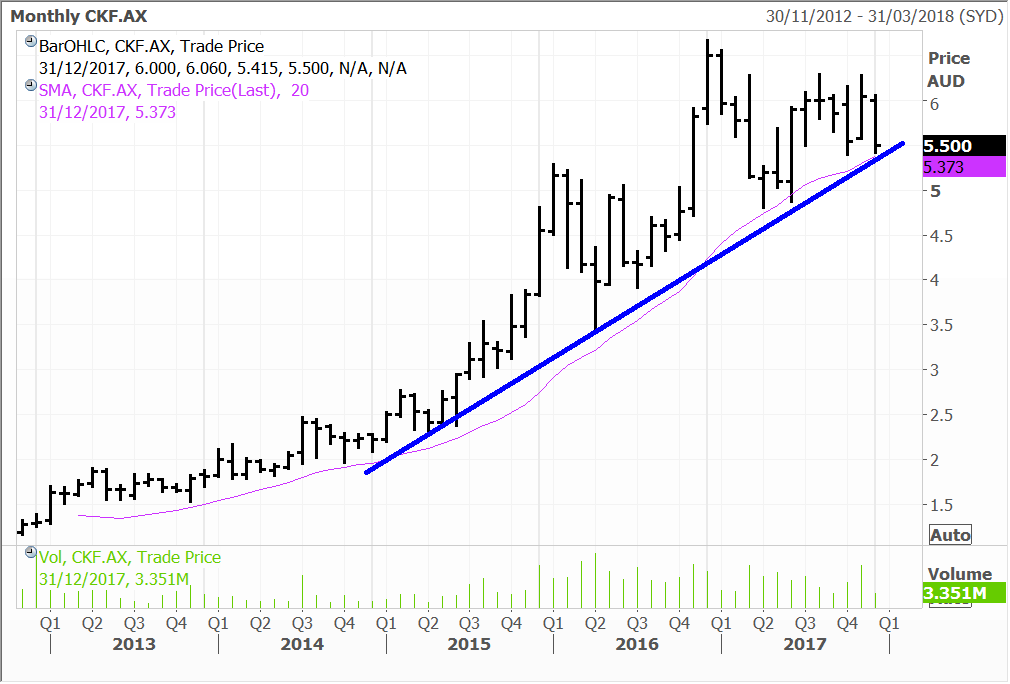 Staying with the papers, it has been reported that News Corp is set to withdraw from the system that measures newspaper sales ahead of substantial cuts to print circulation. The company is no longer going to report print sales of its mastheads including The Herald Sun, and The Australian. Instead it plans to issue advertisers with data that combines print and online readership.

So it is fairly safe to assume that the free ‘bulk’ copy newspapers are going, and that circulation numbers are going to fall dramatically. This is of course all in the name of cost cutting, and a sign of the times, with print media businesses under severe pressure. Indeed, it has been this trend which has forced Rupert Murdoch’s hand in many ways in merging 21st Century Fox with Disney.

Print media has been in decline but it is not dead, and will evolve in my view. The advent of the internet has been a powerful disruptive force, but I think print will survive. And those naysayers that think otherwise might be best to wind back the clock – many said radio would become extinct following the advent of the television.

Traditional print media businesses do need to adapt, and this is partly why we have backed Fairfax, which we hold in the Global Contrarian Fund as well as the Small Cap and Concentrated Australian models. In addition to the Domain (and Stan) digital story the traditional assets have compelling value within them, with a loyal subscriber base that can be leveraged and (at 2 times earnings) is not being correctly priced by the market in our view. In the same vein as Newscorp, the scope also exists for further costs to be taken out to bolster the bottom line. Fairfax was up 2.7% yesterday

Across the Tasman the central bank in New Zealand has a new head in the form of Adrian Orr. He has headed up the Super Fund for 8 years, and was previously the deputy governor of the RBNZ as well as the Chief Economist at Westpac. As a seasoned operator he is seen as more hawkish than his predecessors and this set the currency markets alight – the kiwi dollar put in 1%+ gains against most peers.

He may be a hawk but as Greg noted on the radio this morning it will be difficult to see NZ breaking ranks with the rest of the world and taking anything other than a softly softly approach to raising interest rates next year. This is particularly since the country is so heavily reliant on exports and tourism.

Japanese industrial Minebea Mitsumi surged 3.71% higher yesterday after Morgan Stanley raised its price target on the stock to ¥2,750 at the end of last week. The improved sales outlook is on the back of Nintendo Switch-related sales and a higher profit outlook for Minebea LED backlights.

This has given the broker confidence that the company will hike guidance for the third time this fiscal year when it issues its 3Q results which would underpin an upward re-rating of the stock.  Depending on games-related sales growth, Minebea could be on track to report a record profit in 2019. Time will tell but we believe the outlook is promising. 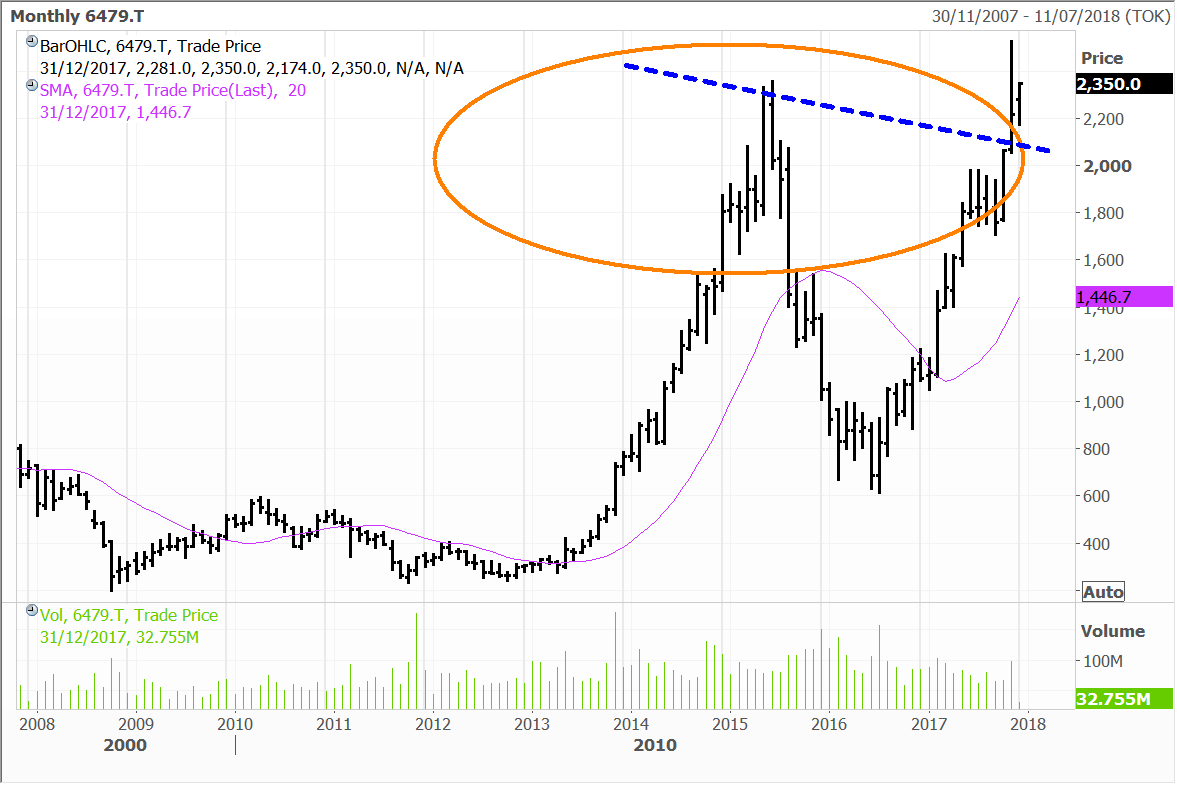 Sumitomo Mitsui Financial Group was up 2.27% on Monday with the lender’s brokerage unit looking to poach US bankers in an effort to strengthen its investment banking arm in North America. Japanese brokerage firms are looking to bolster growth offshore to offset a flatter interest rate curve domestically. I think this environment (which is fostered by the Bank of Japan’s NIRP policy) will soon change and this will change the landscape for Japanese banks – which are presently amongst the cheapest on a price to book ratio in the world. 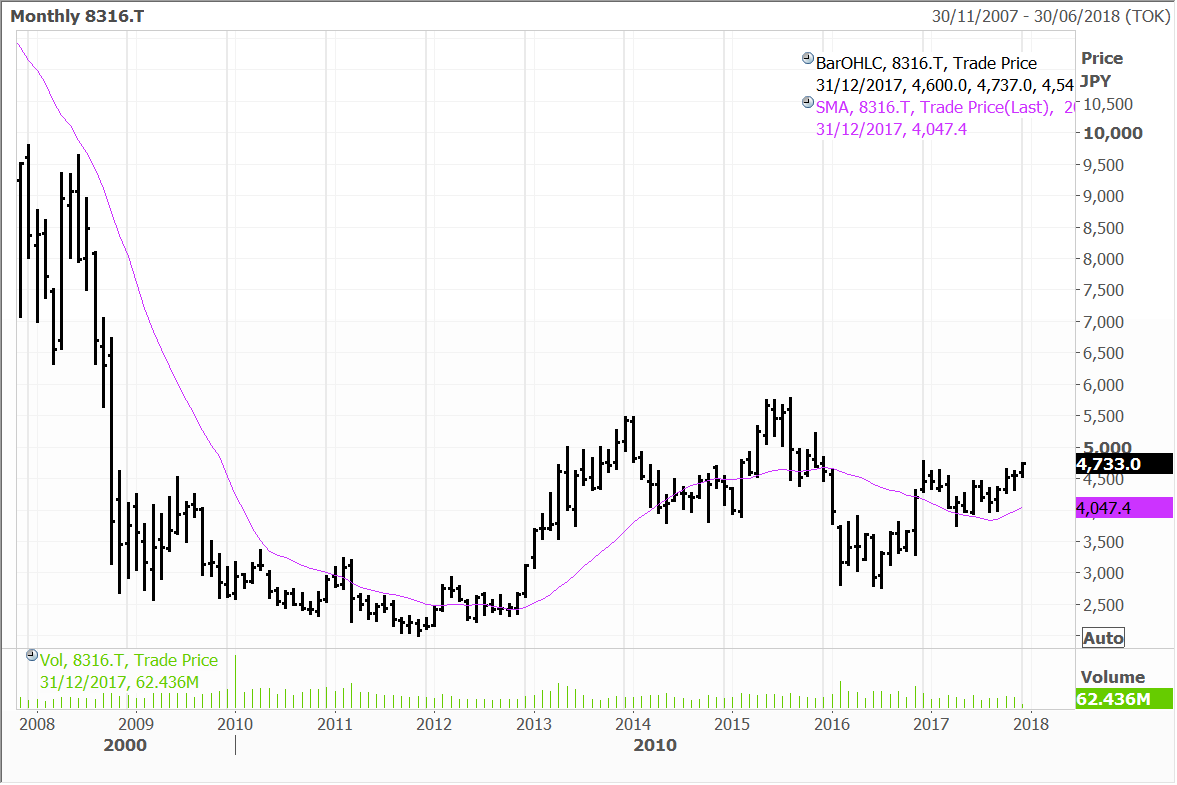 Stocks in focus – “Build it and they will come”: super momentum in Macau

Hong Kong-listed shares of Macau casino operators surged in trading yesterday, led by Wynn Macau, rising 5.87% to take their year-to-date gain to 90%. The share price rise was supported by a couple of broker notes upgrading the target price. Yesterday, shares of MGM China and Sands China gained 4.78% and 3.12% respectively. All three are core holdings in the Global Contrarian Fund, along with the Global Opportunities and Asian Managed Account portfolios.

The Macau casino sector has been enjoying a tailwind from a strong recovery in gaming revenue over the past year or so. Casino gross gaming revenue in Macau increased 22.6% year-on-year in November to 23.03 billion patacas (US$2.9 billion) according to Macau’s Gaming Inspection and Coordination Bureau. It was the 16th straight month of year-on-year gains and stronger than the average growth estimate. At 243.04 billion patacas, year-to-date Macau gaming revenue is 19.5% above the comparable period of 2016 and it was the fifth month in a row that gaming revenue surpassed the consensus estimate.

That marks an impressive turnaround from an earlier losing streak of more than two years of declines when Macau faced pressure from a slowing Chinese economy and a crackdown on corruption by the Chinese government. Macau (a former Portuguese colony) is a special administrative region (S.A.R) of China and is the only part of China where casino gambling is legal. It depends heavily on punters from the Mainland. 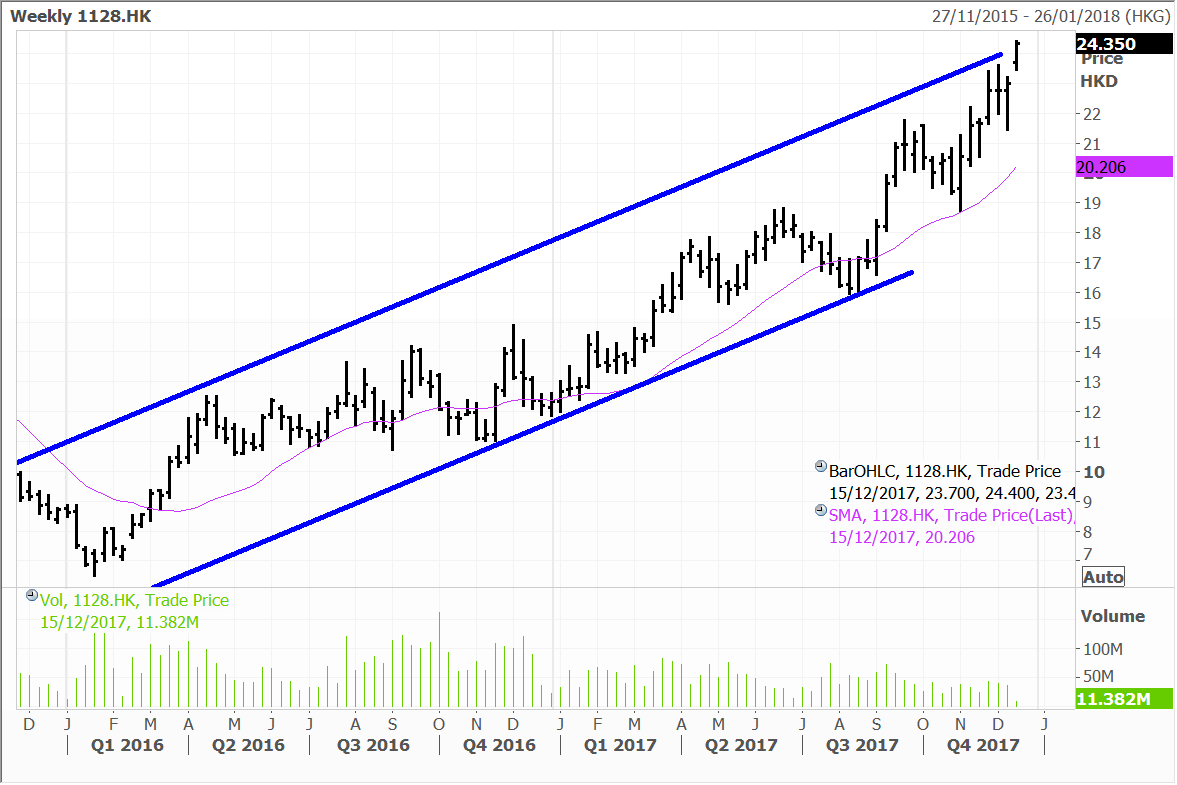 China is the largest single source for visitors to Macau and this trend is set to accelerate in upcoming years in our view due to growth in the number of Chinese travelling, new infrastructure build-out and more coming attractions in Macau. 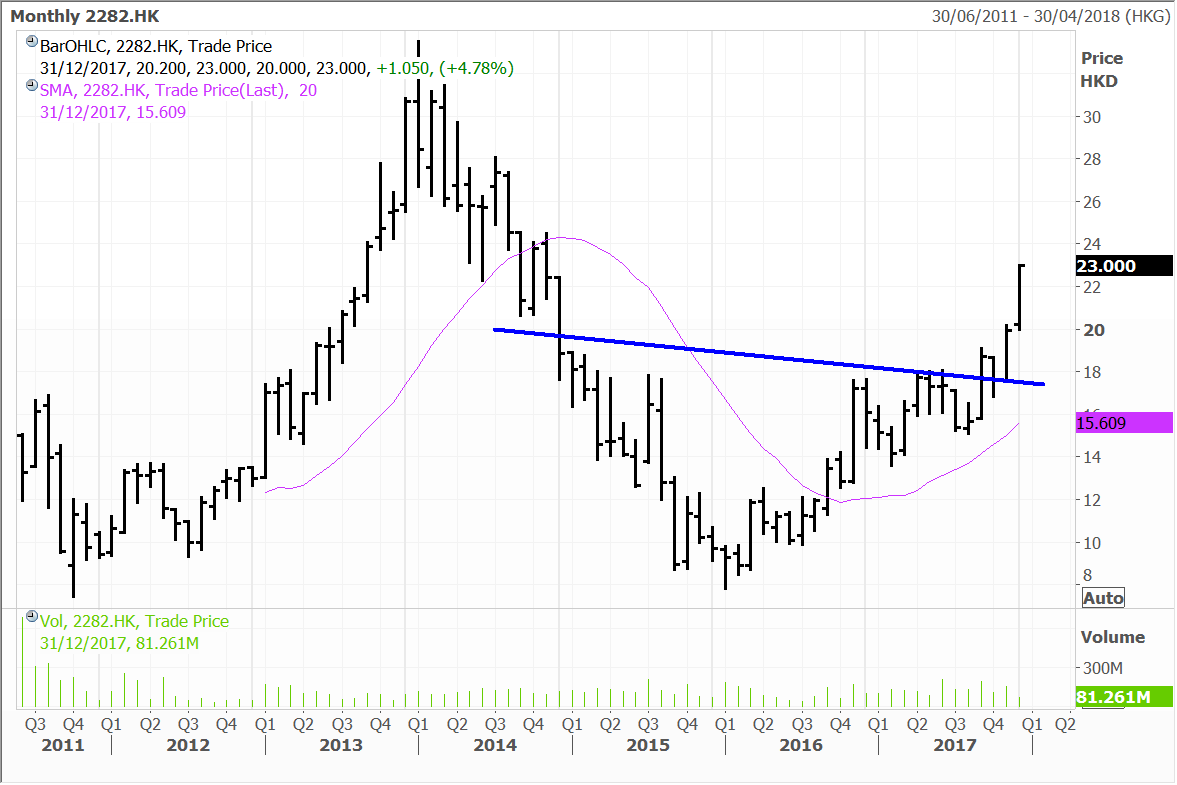 Some 8.27 million people visited Macau in the third quarter, marking a 2.1% increase from a year earlier. According to official data, visitors from Mainland China made up almost 70% of all visitors.

Wynn Macau has been the star performer among our Hong Kong-listed Macau casino exposures in 2017, as the opening of the luxurious Wynn Palace has dovetailed with the return of premium mass and VIP players to Macau. 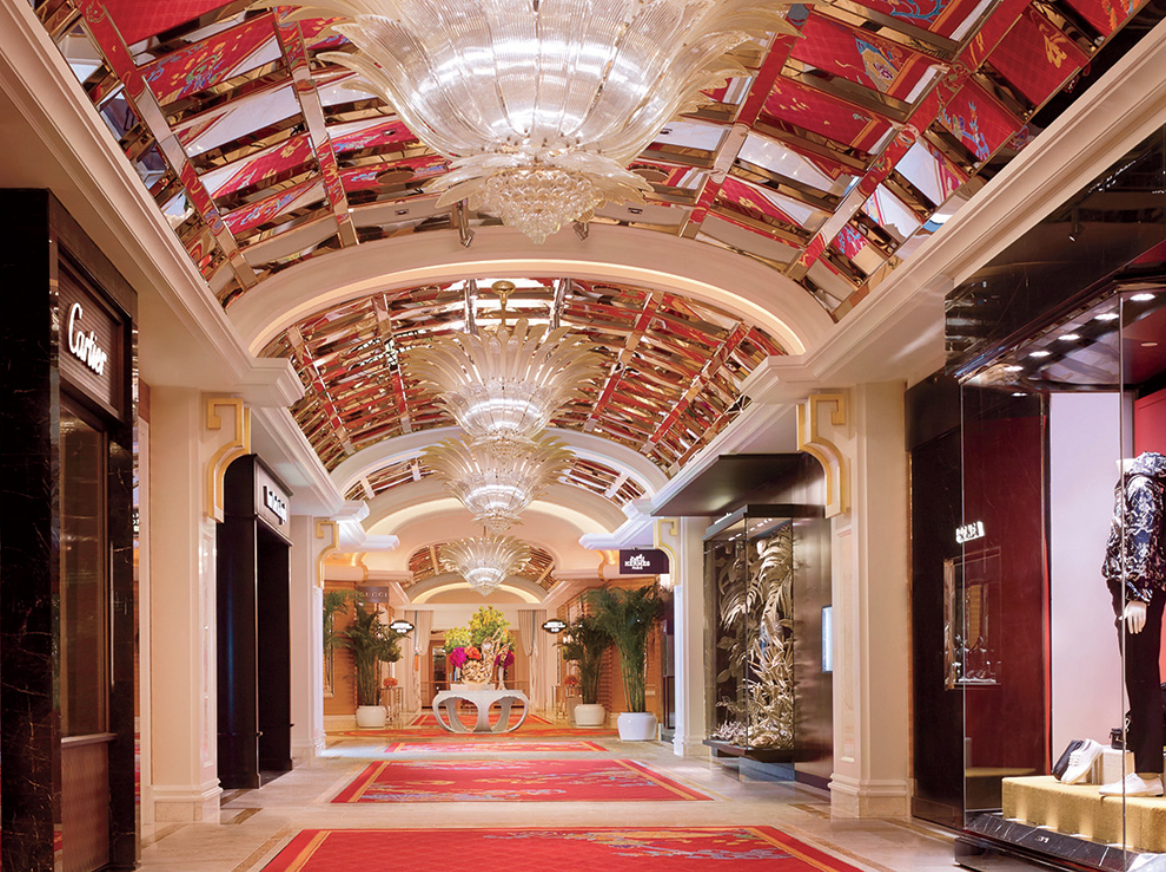 As the two periods aren’t comparable due only 40 days of operations in 3Q16, it is worth looking at how Wynn Palace fared against the broader market. The property outperformed in both mass market and VIP in the third quarter.