We also do not subscribe to the view that we have reached ‘peak oil’ just yet. The world’s thirst for oil is likely to continue for some time, and despite those that have suggested the advent of electric cars and has rung the bell. It may be the ‘beginning of the end’ to a certain extent, but that end is a long way off.

It was interesting therefore to read an article in Reuters which cited Arnoud Balhuizen, chief commercial officer at BHP, who yesterday said that 2017 was the ‘tipping point’ for electric cars. BHP is also forecasting that the number of electric cars could rise from numbering around 1 million currently (out of a global fleet of almost 1.1 billion) to 140 million vehicles by 2035. 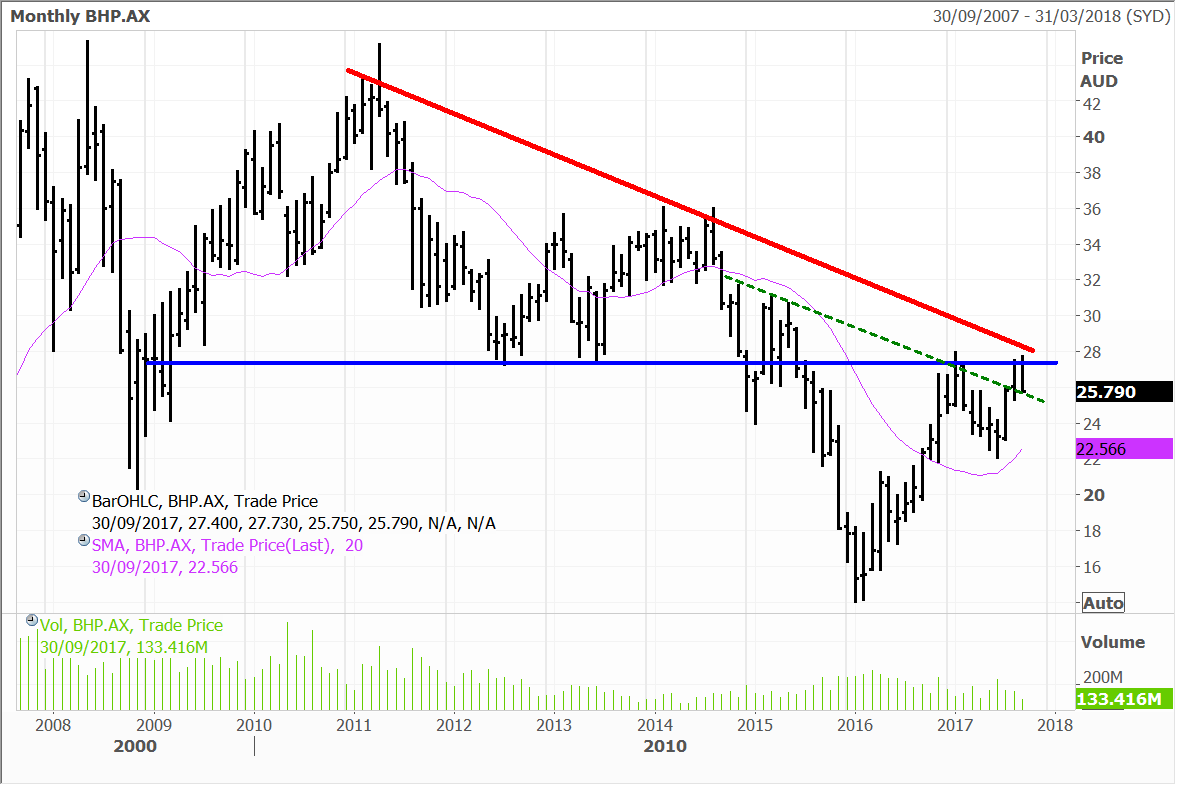 I don’t think the suggestion is too far off the mark, but I don’t think that oil demand is going to fall off a cliff as a result. This would certainly be in BHP’s interests, which is effectively an oil major itself. Indeed, Mr Balhuizen said that over the next 10 to 15 years, BHP expects improvements in the internal combustion engine to be a more significant drag on oil demand.

He went on that the real impact of a surge in electric car use would be felt first in copper, where supply, with no new major discoveries in the last 20 years, will struggle to keep up. I’d go along with that, and with copper back at three year highs, I think we will see prices push much higher. As Mr Balhuizen notes, China’s Silk Road plans are going to be positive as well, and for a host of commodities.

We are also positive on soft commodities, and the agriculture space, and Nufarm which we hold, released results yesterday. I thought the result was a strong one, and highlighted the medium term drivers, although the market was clearly looking for more from a near-term perspective as the shares slipped 2%.

Out analyst team (see further down) remain positive on Nufarm, and following the result have maintained a high conviction buy. They believe that the longer-term earnings uptrend remains intact, with Nufarm’s strong capital position providing further strategic optionality within a consolidating industry.

The reality is that with food competing for arable land (which is shrinking globally) with other needs, yields are going to have to rise. This is where Nufarm and others come in, and also explains the significant M&A activity occurring within the industry which Nufarm may yet be a part of.

As noted above, BHP has called 2017 a tipping point for electric cars. Mining companies have traditionally been driven by investment in new buildings and infrastructure. China has been the main driver for industrial metal prices this century due to state driven investment spending. A new global secular trend now appears to be emerging due to the adoption of electric cars. The current year has seen a number of mass-market electric cars launch that help to conquer “range anxiety.”

These include the updated Renault Zoe, the updated Nissan leaf, the updated Chevy Bolt and the new Tesla model 3. Tesla’s existing premium electric vehicles arguably offer a better experience than traditional gasoline vehicles. BHP is forecasting that electric cars could make up 8% of the global car fleet by 2035.

Head of marketing at BHP, Arnoud Balhuizen, stated that “I think if we look back in a few years we would call 2017 the tipping point of electric vehicles…industry forecasts are catching up, the overall consensus is becoming greener. Copper will see demand pickup with an electric vehicle using 80 kilos of the commodity versus 20 kilos for a petrol or diesel car. Nickel will also see increasing demand for use in batteries along with lithium.”

BHP expects demand for oil to continue to grow for 20 years due to emerging market demand.  Electric vehicle growth may then lead to oil demand weakness with a number of countries cracking down on conventionally powered vehicles. BHP also stated that China’s Belt and Road plan could require 150 million tons of steel. This would keep China’s steel mills going at their current rate for the next decade. We hold BHP in our Managed Account Portfolios and the Fat Prophets Global Contrarian fund and will add to our position on weakness.