It was a quiet day for the US indices with little in the way of news flow and catalysts. The energy sector contributed to the market closing in the red after OPEC said it may pump more oil to compensate for supply contraction in Venezuela and the impact of possible sanctions in Iran. The major benchmark US indexes fluctuated between small gains and losses for much of Tuesday trading, before moving more definitively to the downside in the afternoon to finish lower. The Dow led the way down, losing 0.72%, while the S&P 500 slipped 0.31% and the tech-heavy Nasdaq decline 0.21%. The small-to-mid cap Russell 2000 index slipped 0.75% from a record high.

With one week out to the end of May, the US indices still maintain a clear bias to the upside. There does not appear to be any negative catalysts that could jeopardise a strong finish to the month, with trade tensions with China settling down and President Trump seemingly quite intent on “securing” a deal with North Korea.

And the economy continues to perform. Reuters had a report out on Tuesday covering results from a recent widespread survey by the Federal Reserve of 8,000 small businesses and 12,000 households. The report confirmed that households “are feeling more stable, and small businesses are making money” and many expect to expand and hire in the coming year, which is indicative of the underlying health in the US economy. One Fed official was quoted as saying ““we see a decided uptick in the economic and credit conditions faced by small businesses. We are seeing improved business confidence and improved business performance”.

This survey underpins our scenario that the US economy will continue to perform for at least several more quarters, with no sign of a downturn yet in sight. I believe the fact that the US economy went through the worst recession since the Great Depression (after the GFC), and that the subsequent recovery was tepid in many of the initial years that followed, could well mean that the incumbent cycle – now in its tenth year – is extended.

Stock markets typically plateau and turn down well before an economic recession and many tops occur before there is even “trouble on the horizon”. For now the stock market is continuing to grind higher “up the wall of worry” with earnings momentum and valuation support for the broader market proving to be the trump card. There is also a healthy amount of scepticism and doubt amongst investors generally about the stage in the economic cycle and where the market is headed, that was absent in January. This leans me towards an upward bias for now with nerves still fragile following the worst corrective selloff in a several years.

We are yet to see the “excesses” and euphoria amongst investors which in itself points to a major top being some way off. There are some signs however that euphoric forces are building. Mergers & acquisitions activity has hit an all-time record high.

Chinese online search giant Baidu stabilised on Tuesday after sharp falls last Friday and on Monday, following last week’s announcement that its AI expert President Qi Lu will step down from his operational roles at the company come July, citing family reasons. He will retain his vice chairman role however.

On corporate news and movers front, Frankfurt listed Evotech surged 11.6% on news of a strategic partnership with US biotechnology giant Celgene to discover and develop new drugs. Industrial firm Thyssenkrupp jumped 9.5% on news that activist investor Elliott Management has snapped up a stake and Heidelberg Cement was up 0.8%. In Paris trading, bank Credit Agricole advanced 2.7% on a favourable tax ruling and fellow bank BNP Paribas gained 1.7%.

In Spain Caixabank and Bankia gained 2.4% and 1.8% respectively, while travel technology firm Amadeus dipped 0.2% and Telepizza sipped 1.3%, with profit taking on the latter after its strong run last week.

Japanese electronics maker Sony Corp announced on Tuesday that it would pay US$2.3 billion to gain full control over EMI Music Publishing – Sony wants to boost entertainment content and move away from lower margin consumer electronics.

Sony’s solely owned unit, Sony Corporation of America will purchase all of the 60% held by Mubadala Investment Company in EMI Music, taking Sony’s total holding to 90% and making EMI a consolidated subsidiary. The acquisition will be the biggest thus far for new CEO Kenichiro Yoshida, the one tasked to increase revenue streams after a reshuffle that shifted the firms focus to video games and image sensors.

“Sony is becoming one of the biggest music publishing companies, both in name and reality. We are thrilled to bring EMI Music Publishing into the Sony family and maintain our number-one position in the music publishing industry,” Yoshida said.

The company also said in the same announcement that it expects operating profit from video games and network services to decrease to between 130 – 170 billion yen for the fiscal ending in March 2021, from the 190 billion yen forecasted for the current financial year. At that time the PlayStation 4 (PS4) would be near the end of a game console’s normal life cycle and would provide increasing sales numbers for the anticipated PS5.

Sony expects operating profit in the semiconductor business to grow to 160 – 200 billion yen in 2021, increasing from the 100 billion yen forecasted for the current period. Sony’s share price dropped 1.97% on the news. 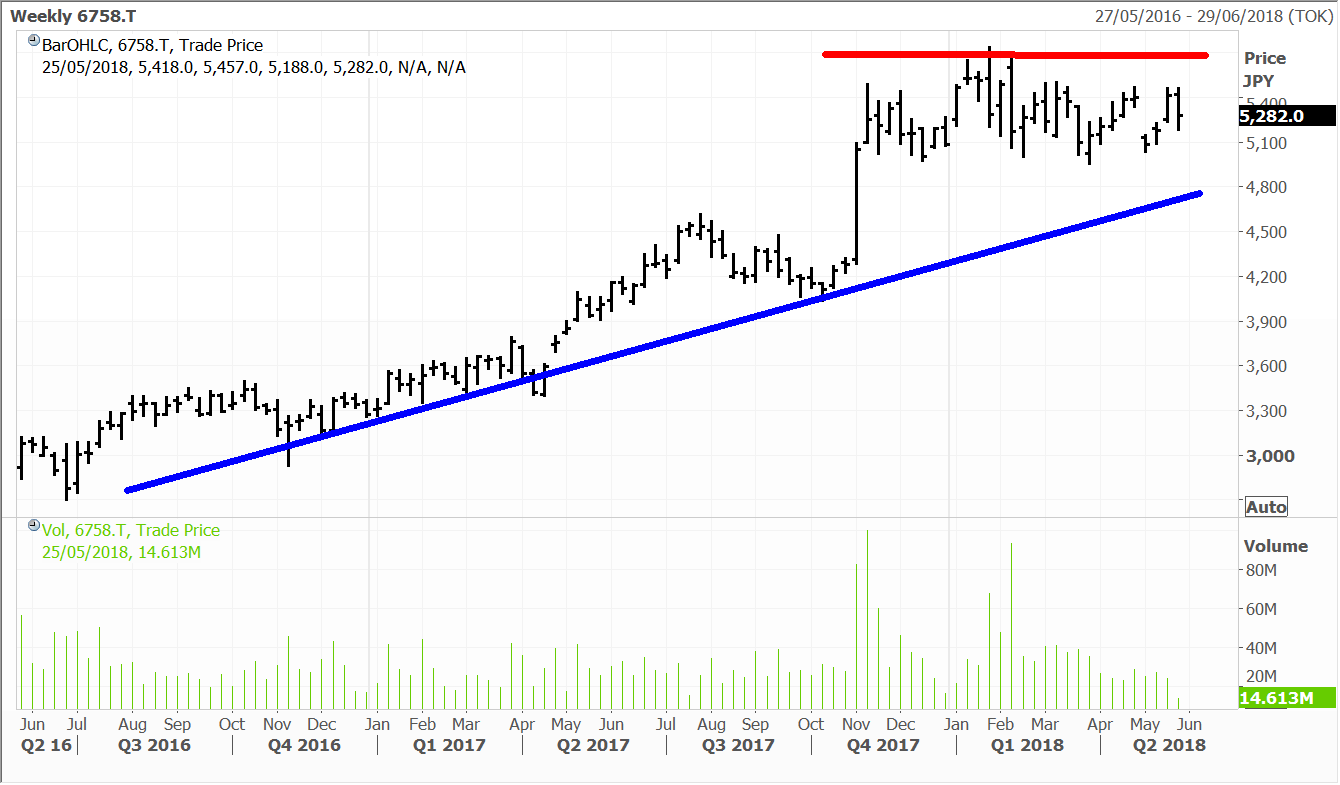 Japan’s biggest bank, Mitsubishi UFJ Financial Group (MUFG) announced that they will launch the trail of their own digital currency as early as next year. The cryptocurrency, MUFG Coin, will be tested with participation of nearly 100,000 account holders.

Participants will be able to convert their legal deposits into MUFG Coins through a mobile wallet app. The conversion will be 1:1, with one MUFG Coin equivalent to one JPY. The banks cryptocurrency can be used to pay bills for goods and services in restaurants, convenient stores or any other store that will accepts this crypto Coins as legal tender.

The bank is also exploring the possibility to team up with different companies that will provide services based on the cryptocurrency in the future. As of 31 December 2017, MUFG had a total of US$2.8 trillion assets under management, operating with over 2,300 offices in 50 countries. 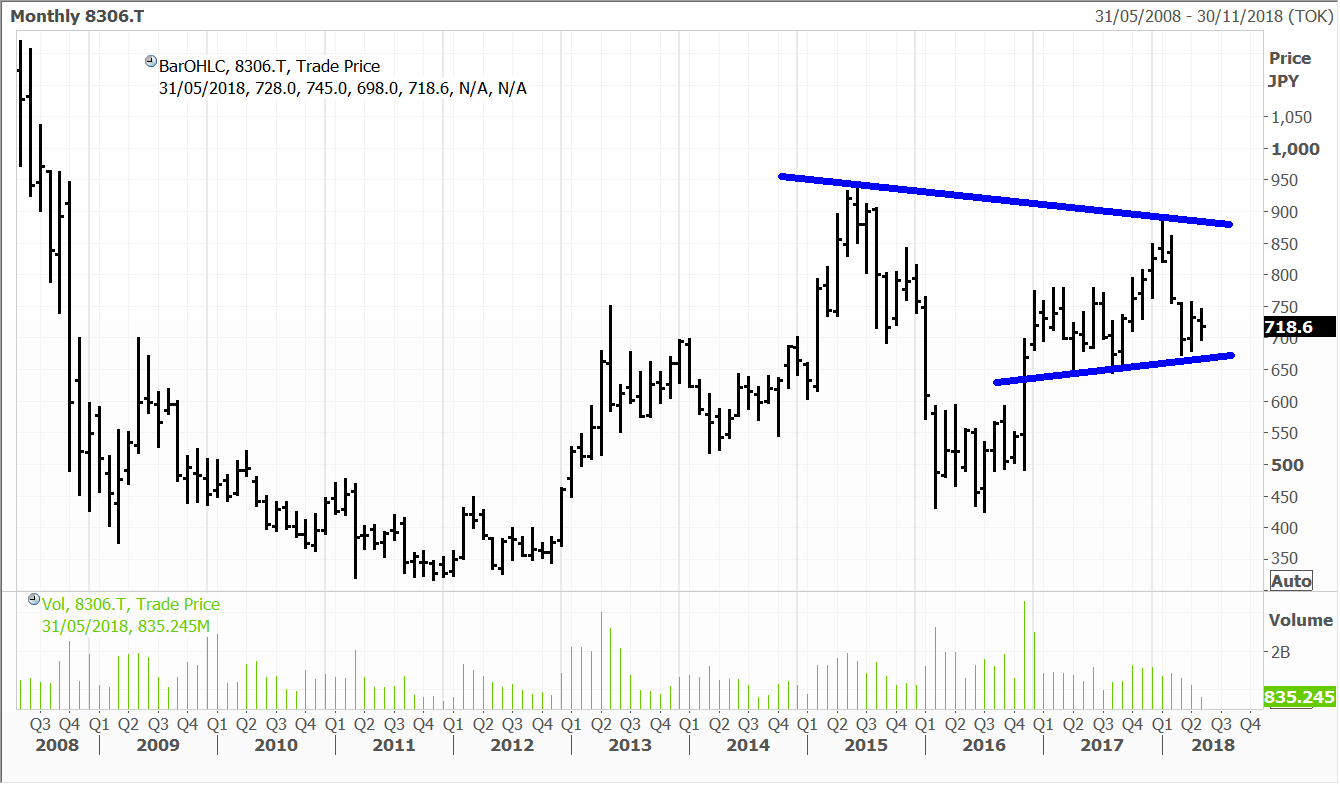