US equities lifted on Monday after the oil price made new medium-term highs and the United States and China agreed to “negotiate” an outcome to the trade dispute. Both the US and China have agreed to put their trade battle on “on hold” and drop tariff threats to negotiate a broader deal. I don’t think this was a major surprise to the markets, but the news was well received and will potentially remove one serious negative catalyst.

The major benchmark US indexes finished firmly higher on Monday. The Dow led the way, gaining 1.21%, while the S&P 500 advanced 0.74% and the tech-heavy Nasdaq added 0.54%. The small-to-mid cap Russell 2000 index advanced 0.66% to hit yet another record high. The Dow effectively closed above the ‘ceiling’ of a two-month range that extended back to mid-March, and I think this clears the way now for a further push to the upside and eventually a challenge of the January highs.

The recovery has been timid however with the markets ‘climbing a wall of worry’ which is not a “bad thing”, with sentiment still remaining somewhat fragile following the most volatile correction in a number of years. Fund managers and investors are only just beginning to emerge from their ‘fox holes’ after what was the biggest volatility spike since 2015. 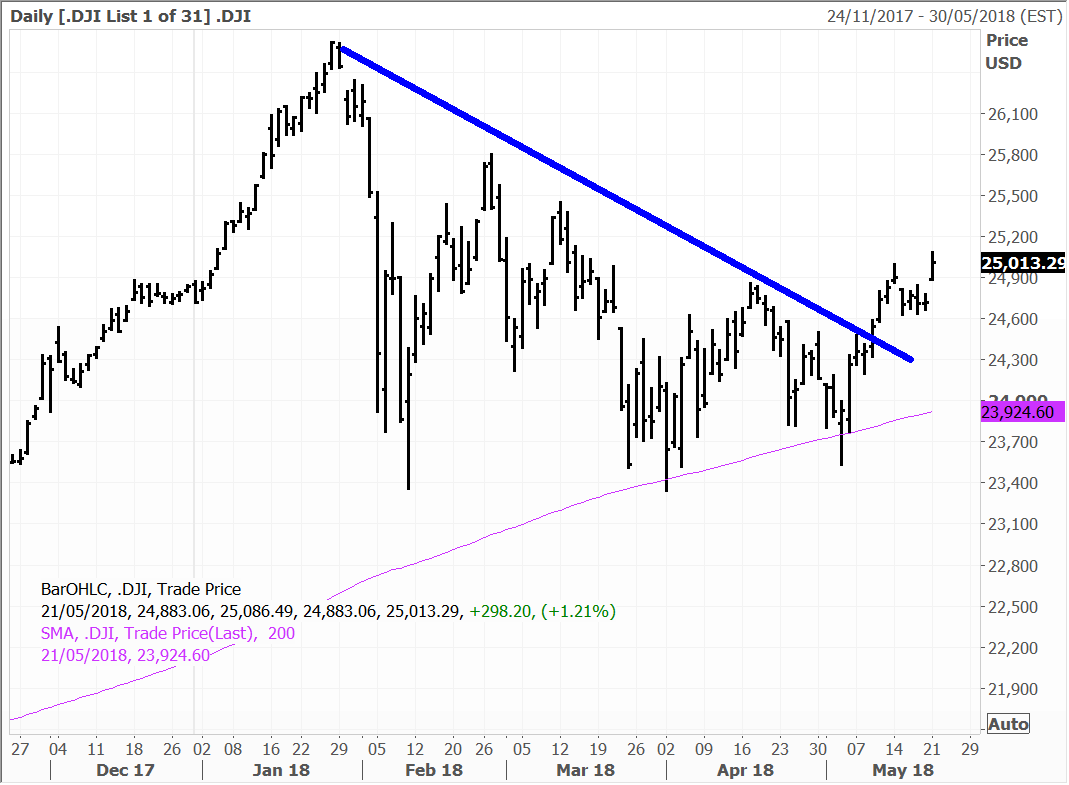 Walt Disney (+0.1%) shares were little changed, even as its latest Marvel blockbuster Avengers: Infinity War continued to impress at the box office and moved into fourth place of all-time biggest grossing movies, unadjusted for inflation. With over a $1.81 billion global tally as of May 20 and relatively early on in its release, the movie looks as though it will pass Star Wars: The Force Awakens ($2.07 billion) – also a Disney movie – as the third biggest of all time.

Shares of Chinese online search giant Baidu continued to slide, falling 4.9% on Monday, following last week’s announcement that company COO Lu Qi will step down from his operational roles at the company come July, citing family reasons. Mr Qi will transition to an advisory role however, staying on as vice chairman.

Mr Qi stated, “Due to personal and family reasons, I am no longer able to work in China on a full-time basis,” and added he intends to spend more time “with my family in the US” The eminent scientist headed the company’s recent AI efforts, which is a key thrust for the company as it seeks to diversify and grow its business. The share price reaction now looks overdone, although he is well respected and will be missed. Baidu has recruited a lot of AI talent in recent years to create a team with breadth and depth and therefore its momentum in AI is likely to continue. 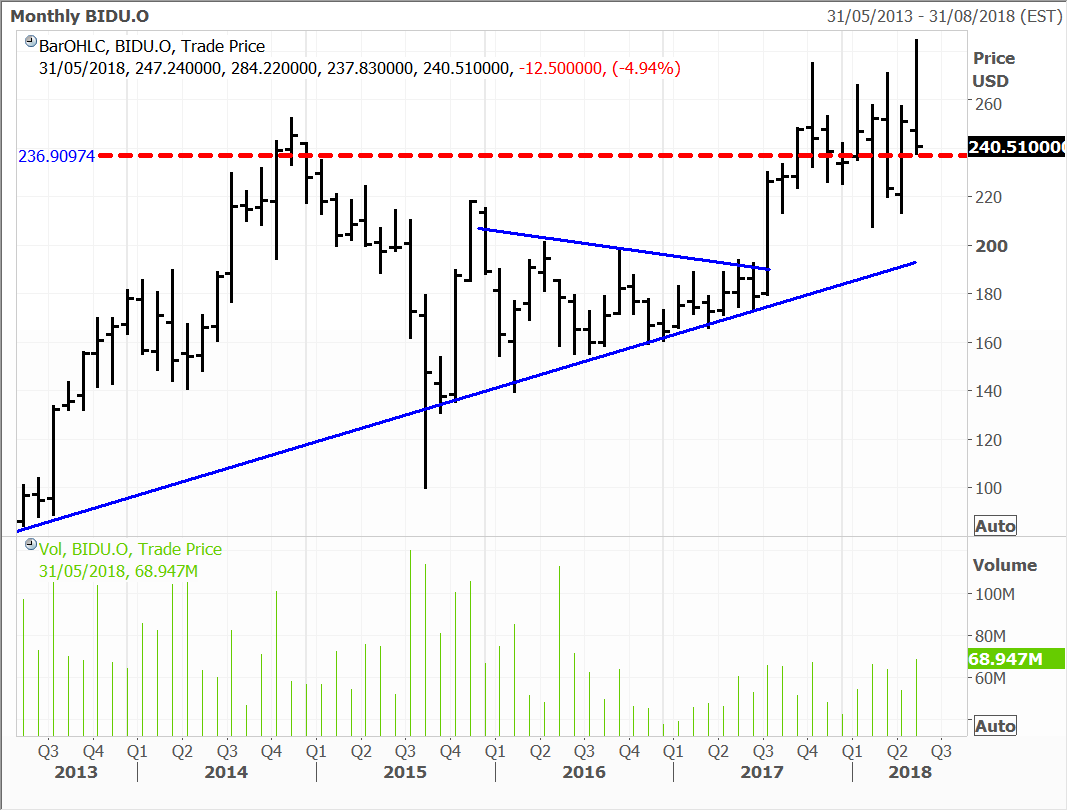 The Hong Kong-listed shares of the Macau casino operators outperformed with MGM China, Sands China and Wynn Macau gaining 0.7%, 1.8% and 3.4% respectively. Wynn shares were supported by a new broker research report naming the company as a key beneficiary of the rise in higher-end customer visits to the special administrative region.

A weaker $A will provide a tailwind for the economy, with exporters, and the key resource sector benefitting in kind. It could also help nullify the impact of a correction in US$ commodity prices, although I think that the supply/demand equation is strong enough that resource prices could decouple further from the greenback.

The same is possible for the gold market and as inflation begins to accelerate. The elevated A$ gold price is positive for the Australian gold sector which was up 1% yesterday. We continue to like Evolution and Saracen, which have production and costs going in the right respective directions. 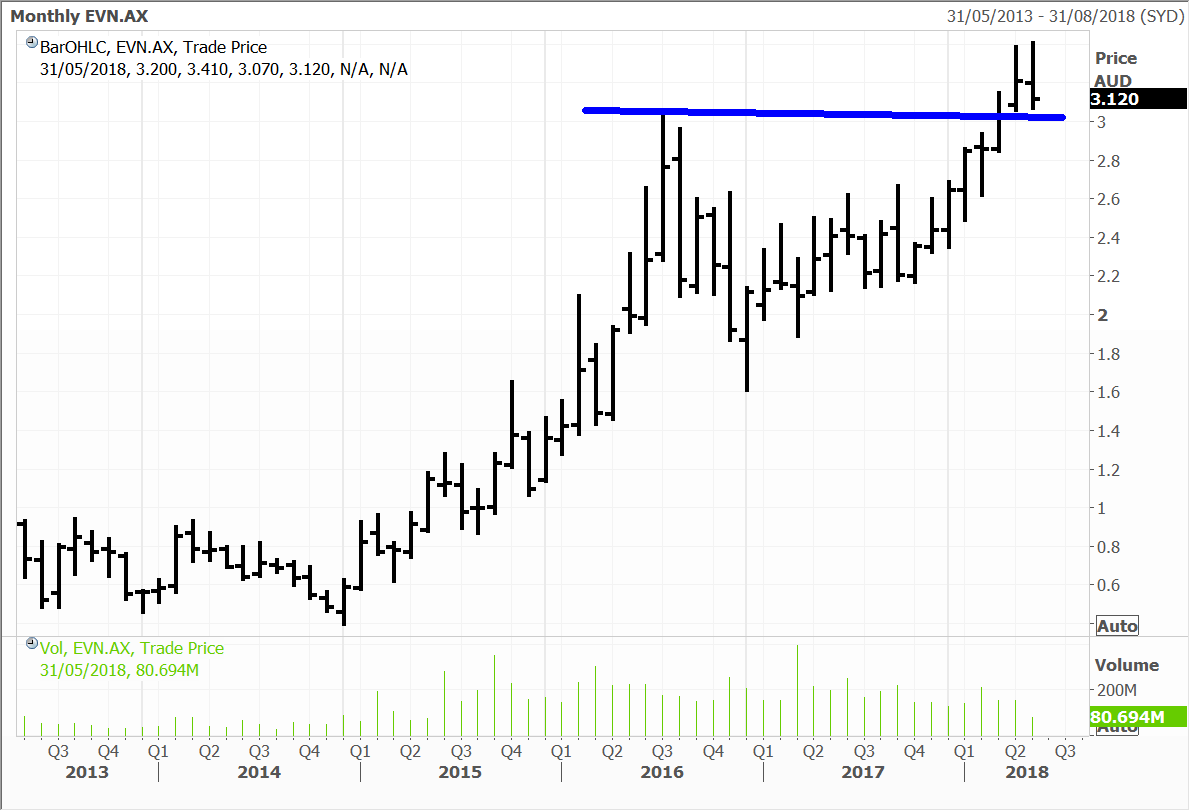 Japan’s leading consumer electronics maker Sony Corp has decided to step up production in India of televisions and smartphones instead of relying on imports after the government’s move to increase taxes on overseas products. Sony is in the process of finalising whether to set up a plant in India or to expand third-party manufacturing in the country.

Sony India’s Managing Director, Sunil Nayyar said: “We are in touch with Tokyo on how to further strengthen ‘Make in India’. As of now, we are happy with our third-party manufacturing and quality of products which has negligible return rates. A large portion of our portfolio will move towards local production which will be a win-win situation for the brand, consumers and government.”

The Indian government increased import duties on completely built televisions and smartphones to 20% from 15% and 10% respectively. The government also increased import duties on components for both the products. Sony has not increased the prices of televisions despite the increase in duties – rather taking on the extra cost themselves and protecting customers. Sony is held in the Global Contrarian Fund and the International managed account portfolios. 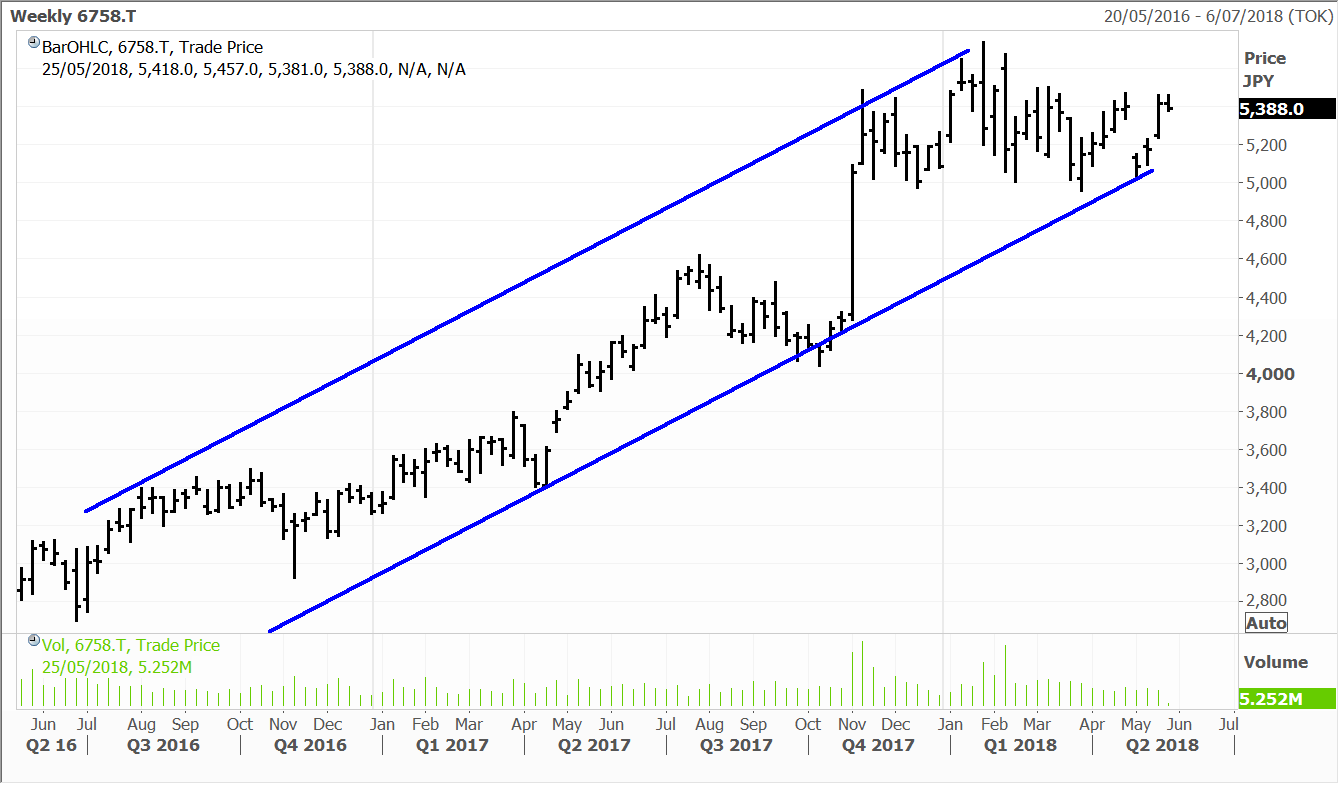