The US indices had a quiet close to Friday trading in what was a relatively quiet week. The exception was the tech-heavy Nasdaq index which edged up 0.13%. The S&P 500 and the Dow both drifted dipping 0.24%, while the small-to-mid cap Russell 2000 index softened 0.08%. For the week, the Nasdaq led the way north, gaining approximately 1.1%, while the S&P 500 advanced 0.3% and the Dow added 0.2%. The Russell 2000 was effectively flat over the week.

Of all the three major US indices, the Nasdaq appears the closest to breaking out on the upside and running to new record highs. The selloff in February and March looks to be purely corrective, as sentiment and confidence returns. The main constituents that make up the Nasdaq all exhibit similar characteristics. I have summarised a few of the technical outlooks for major technology stocks such as Alphabet and Baidu in the last section. As is also the case for the likes of Apple and Microsoft, earnings growth is driving these stocks up, whilst valuations for many of these companies are not demanding, with Amazon and Facebook being the notable exception in the top 10. 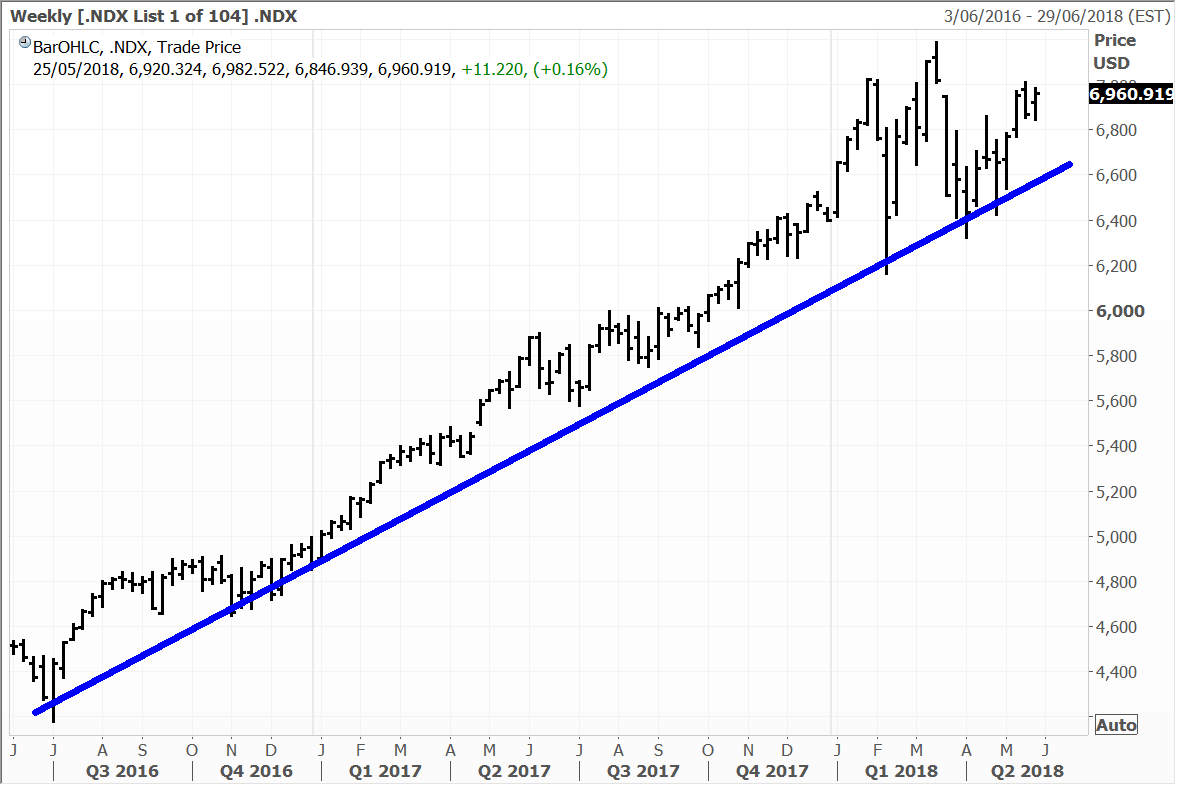 Disney shares were little changed as early news on sales for the Hans Solo origin movie were negative. The final tally won’t be in until tomorrow with the US closed for a public holiday today. For the House of Mouse, traders are more focused on what the details of Comcast’s all-cash offer for the 21st Century Fox will be.

As I covered in the daily last week, Comcast is desperate to avert what is becoming a secular decline in cable TV with streaming now very much in ascendance. Fox and Disney are more about “content” and “brands”. A combined Disney/Fox entity will not only be able to produce a formidable streaming offering, but better compete in a rapidly changing media landscape.

Earlier this month we shorted 10-Year Italian Government bonds in the Global Contrarian fund (AU:FPC) with the view that the political fragmentation in Italy is going to see an increase in government spending and a rise in fiscal deficits. European bond yields are coming off a low base at any rate and I think it is only a matter of time before inflation pushes the longer end of the Italian curve higher. The QE program of the ECB is going to wind back later this year. The ECB has been the largest buyer of Italian debt, so we should see longer term rates begin to normalise before too long when the central bank buys less of Italy’s debt. 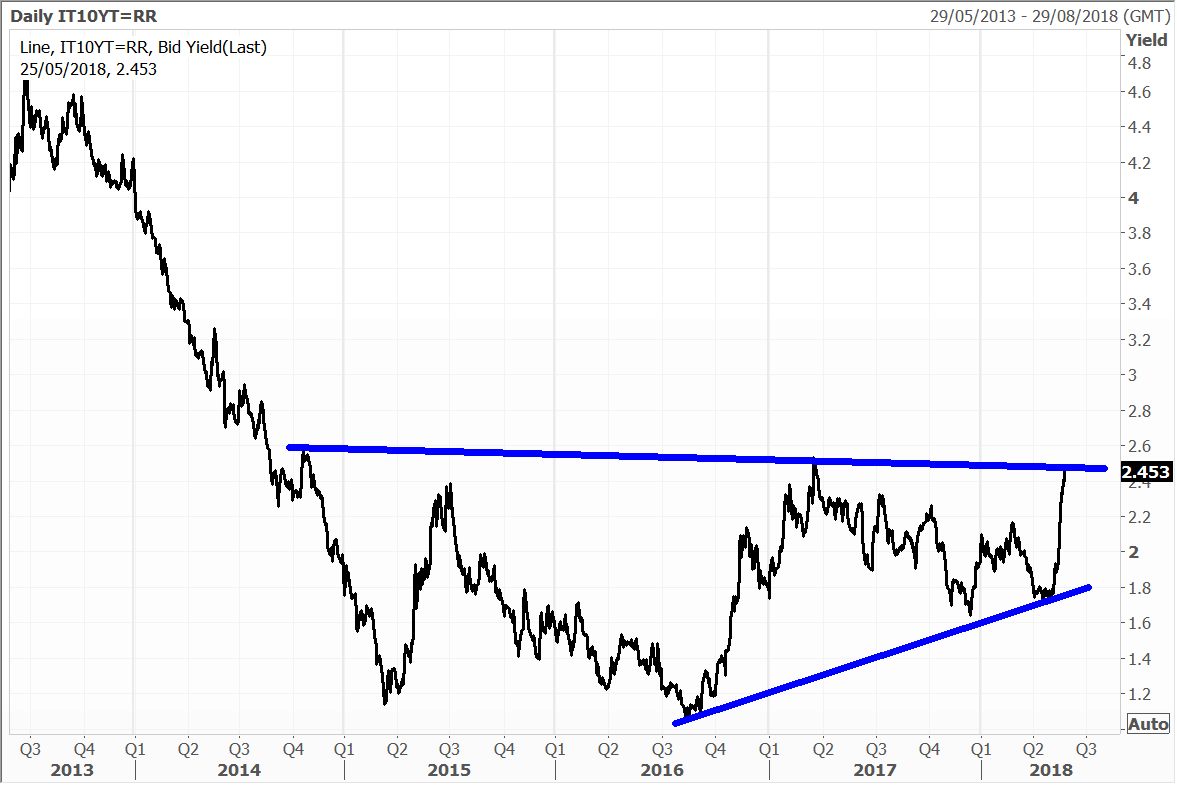 The major Asian indexes closed mixed on Friday, with the cancellation of the US-North Korea summit dampening sentiment. In Japan, the benchmark Nikkei index held up well, eking out a 0.06%. That was decent enough considering continued pressure on automakers and that ecosystem following an increase in the possibility of new tariffs, a strengthening of the yen and weak inflation data. The energy sector was also under pressure, following oil prices lower and local energy giant Inpex slipped 2.8%.

The benchmark indexes in greater China closed lower, with the Shanghai Composite extending recent losses by slipping 0.42%, while the Hang Seng drifted 0.56% lower. Smartphone camera lens expert Sunny Optical Technology bucked the trend and advanced 1.7% as hopes for a deal to get customer ZTE back into business lifted.

Resources and the energy sector were a drag on the market on Friday after oil prices dropped away from their recent highs. BHP lost 2.5% while Woodside and Oil Search were both down 1.3%. We hold all three stocks in the managed account portfolios, and the medium-term outlook remains strong in each case in my view.

Europe’s biggest carmaker, Volkswagen Group may shift its focus to bigger cars for higher profits in India. The carmaker who once offered stiff competition to market leader Maruti Suzuki, is considering skipping the hatchback segment in India because it is low on priority for the new vision it has for India.

The small car market makes up for more than 50% of sales in India’s 3.4 million vehicle market, but Volkswagen is now more concerned with profit than large volumes. The German automaker will focus on compact SUV’s and sedans with hatchbacks playing no role in the next 5 years.

“The small car market is very crowded, instead the company can make deeper inroads into the relatively under penetrated sedan and SUV market, where VW or Skoda can stick to their DNA and yet make money,” said one of the VW executives.

“Skoda was commissioned by the Volkswagen Group to develop a platform for cars in the emerging markets, initially focusing on India. We have co me a long way, and the final decision should be taken by the middle of this year,” said Bernhard Maier, CEO, Skoda Auto. 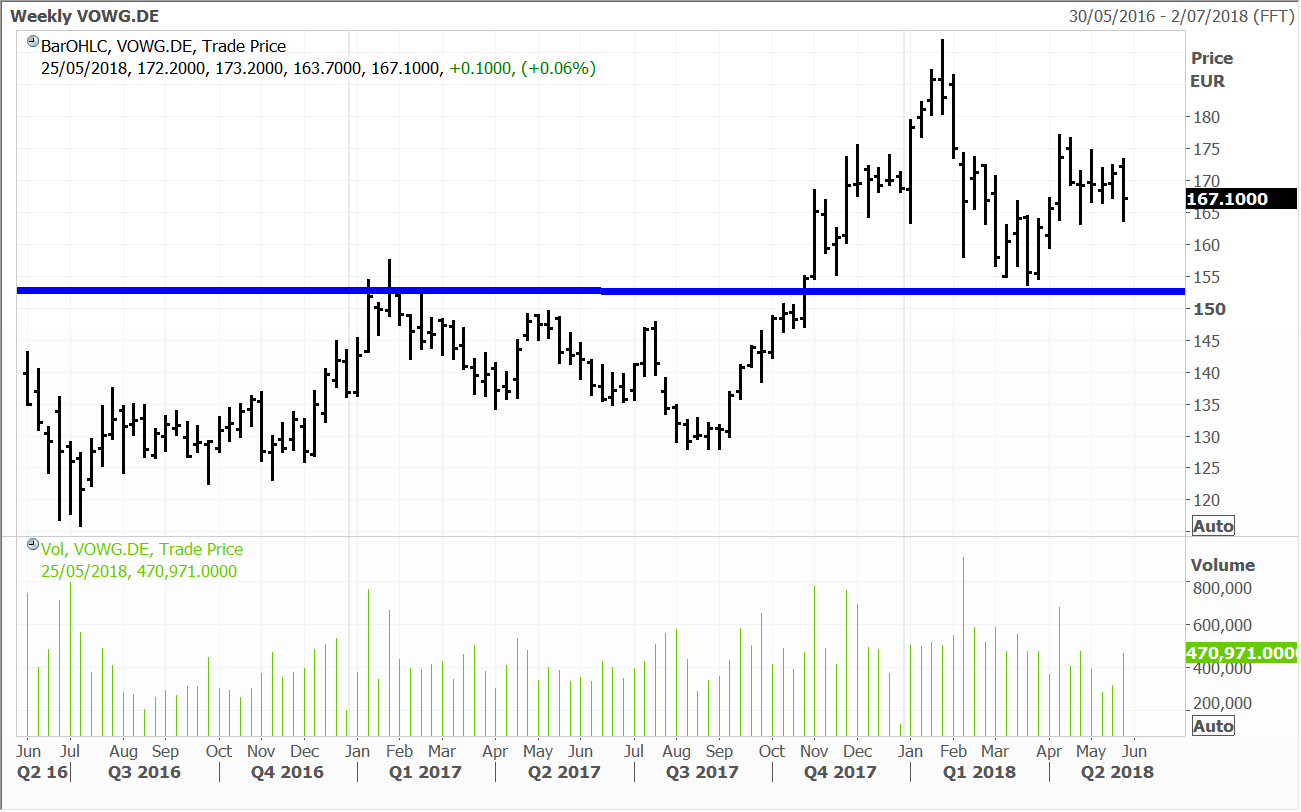 Baidu shares are looking like a bargain after slipping 14% from 52-week highs after the announcement earlier in the month that company President Qi Lu will step down from his operational roles at the company come July, citing family reasons.

He will retain his vice chairman role however. Mr Qi Lu stated, “Due to personal and family reasons, I am no longer able to work in China on a full-time basis,” and added he intends to spend more time “with my family in the U.S.” The eminent scientist headed the company’s recent AI efforts, which is a key thrust for the company as it seeks to diversify and grow its business.

I wrote last week that the share price reaction now looks overdone, as although Qi Lu is highly respected and will be missed, Baidu has recruited a lot of AI talent in recent years to create a team with breadth and depth and therefore its momentum in AI is likely to continue

The South China Morning Post reported Baidu founder and boss Robin Li last week reiterated his confidence in Baidu’s AI prospects and strategy. Baidu has parleyed its huge trove of data gathered from its online search business into leadership in Chinese language AI expertise and is the domestic champion for autonomous driving advances.

The possibility of China pipping the United States to become the leader in self-driving cars is growing due to the support of the Chinese government, which named autonomous vehicles as key sector in its “Made in China 2025” program. Indeed, half of all new cars sold in China by that date should be equipped with autonomous driving technology by that date according to the government outline.

Regulation is a key pillar in the efforts, as extensive testing on public roads will be required. Of course, that wouldn’t be much use without the appropriate technology expertise, but Chinese companies have risen in that respect, filing a raft of patents. Baidu is widely regarded as the local champion, having established deep links with many automotive industry giants to advance its self-driving technology.

In another area, Baidu’s fintech business, Du Xiaoman Financial, uses AI technology and raised a substantial $1.9 billion in funding earlier in the year. 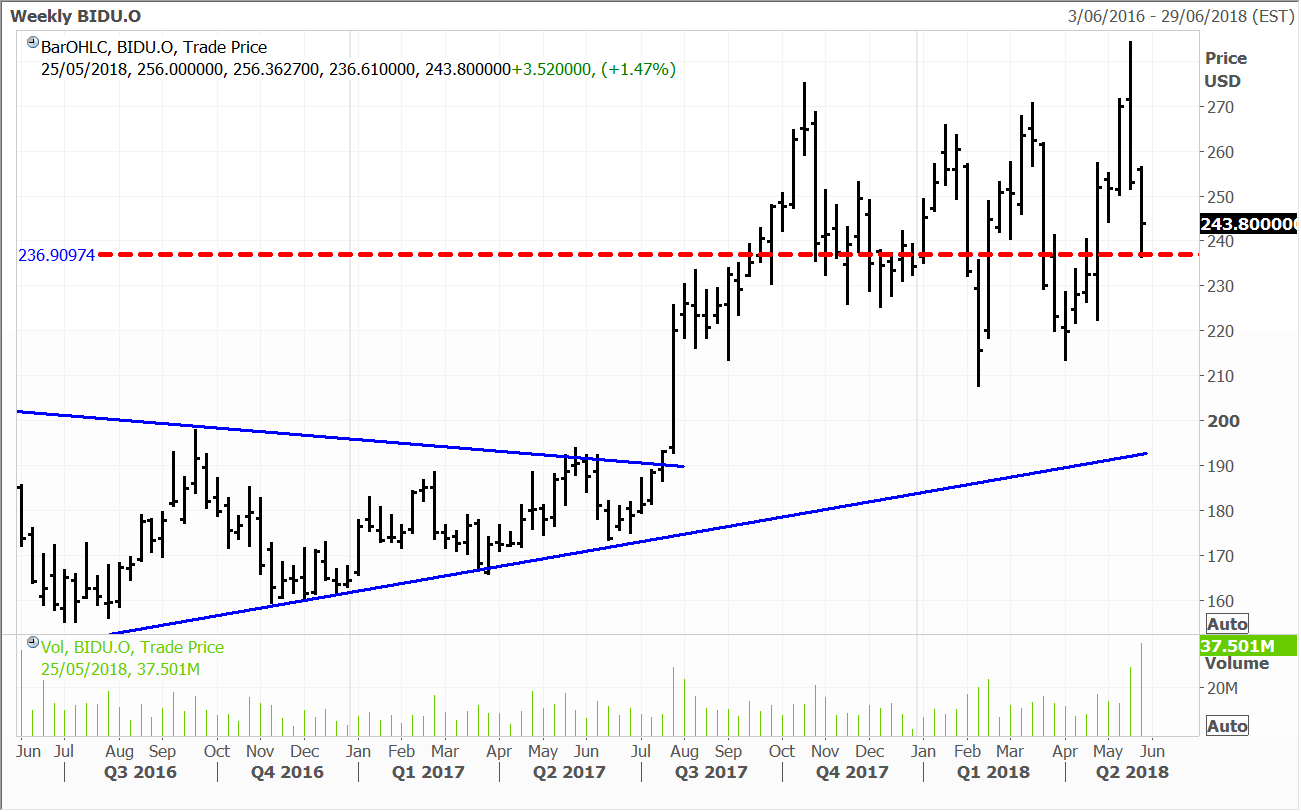