It has been a good week for Mantra after receiving a $1.2 billion bid from Accor Hotels, which management have given their blessing. The directors have recommended that shareholders vote in favour of the Scheme “in the absence of a superior proposal.” The vote is set to take place in March next year, with completion scheduled by the end of the first quarter.

I agree that the $3.96 per share offer is a good outcome for shareholders, struck at a FY17 multiple of 23.7 times. A competing offer is something that can never be ruled out though, so watch this space. As mentioned I also don’t see regulatory clearance being an issue with Accor/Mantra combined having just over 10% of the fragmented Australian hotel market, and before factoring in disruptors such as AirBnb. 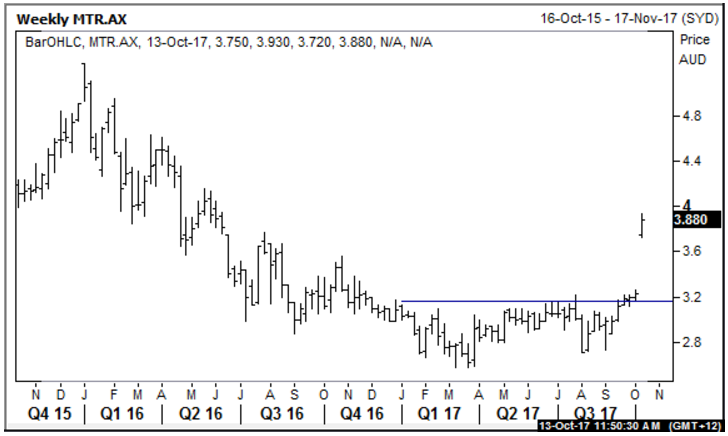 S&P has affirmed its positive rating at A+ on QBE Insurance despite an unprecedented year for natural disasters. They noted that “A very strong business franchise and solid financial risk profile, incorporating a very strong capital adequacy, continue to underpin the rating. It [The insurer] also has diversified reinsurance cover.”

We don’t always agree with the rating agencies, but I think S&P are spot on with QBE. As an investor the value proposition is clear, particularly with a rising inflation and yields set to boost premiums (which will also get a kick from lower industry capacity) and investment income. This is while several mainstream investors have ‘thrown in the towel.’ I note Deutsche Bank have maintained a sell rating.

Reliance Industries, one of our core positions in the Fat Prophets Global Contrarian Fund and the Asian and UK Managed account portfolios, is due to report its financials for the September quarter later today, amidst “great expectations”. While Wall Street has high hopes for the Indian conglomerates core refining business, especially given the benchmark Singapore gross refining margin hit a high recently, the numbers of telecom venture Jio will be forensically analysed.

Jio, the telecom division, launched from scratch just a few years ago, is the talk of the Indian telco sector and is the fastest growing business within Reliance. The September quarter will be the first time when Reliance reporting includes Jio’s numbers. The refining and petrochemicals businesses contribute over 80% of revenue and profits, but Jio is the jewel in the crown.

The refining division should also have a cracker of a quarter after reporting multi-year high refining margins of $11.9 a barrel in the June quarter. Reliance is expected to report a higher number for this quarter with Singapore margins hitting a 10-quarter high of $8.3 per barrel, up 29% on last quarter and 61% on a year ago. Since RIL has a complex refinery that can process a cheaper variety of heavy crude oil, its GRMs tend to be at a premium to the benchmark.

A surge in refining margins has been exacerbated by the global demand exceeding capacity and also Cyclone Harvey, which disrupted US supplies. The rise in crude prices should also lead to inventory gains and add to the already high refining margins. Reliance is experiencing a regular rise in its petchem production as well as margins over the past few quarters. Reliance which has broken out from a 10 year trading range – see below – and is a top ten position in the Global Contrarian Fund. 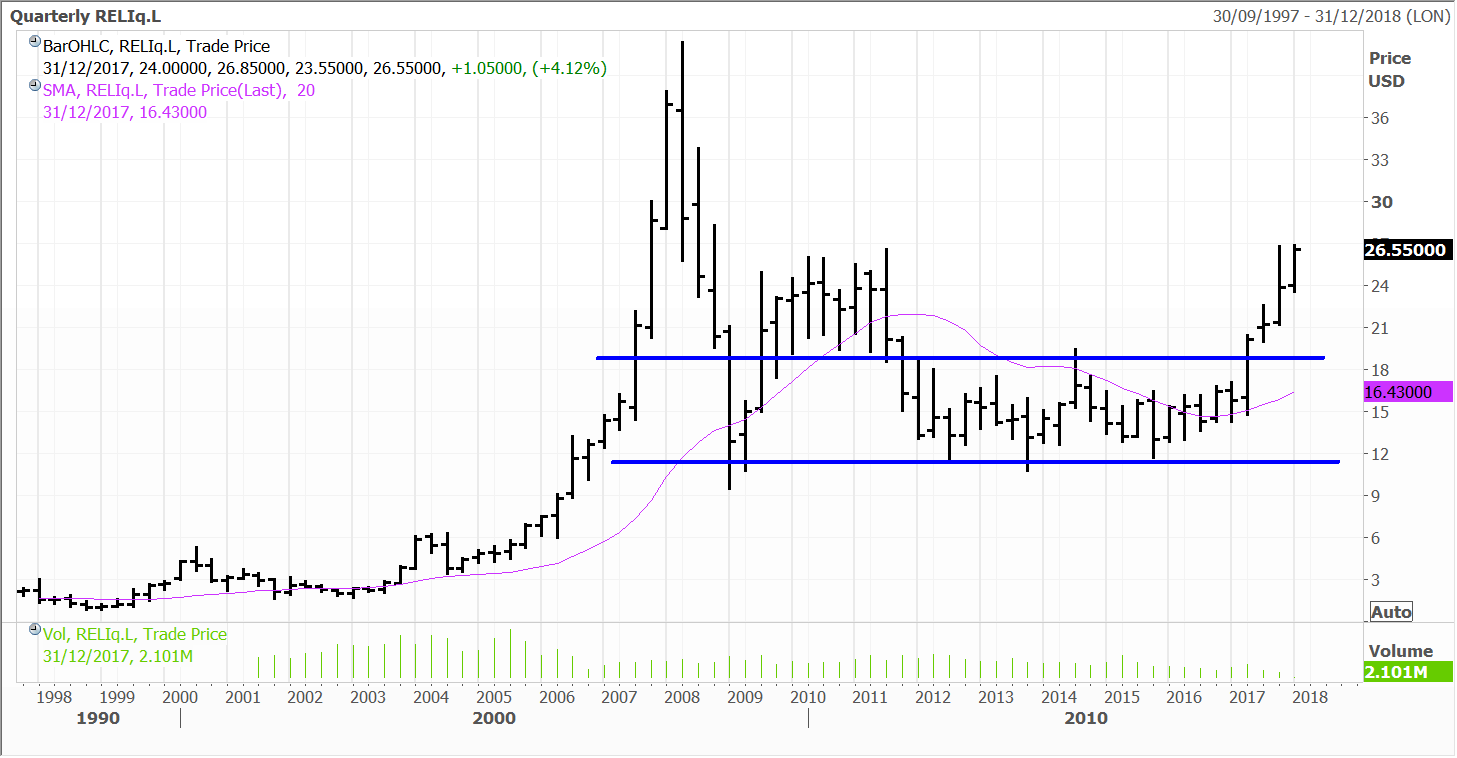 Indian energy, retail and telecom conglomerate Reliance Industries has inked a deal to divest its interests in certain blocks in the Marcellus shale play in Pennsylvania for US$126 million.

Walter Van de Vijver, President and CEO of Reliance Holding USA stated that, “This transaction represents an opportunistic sale of developed upstream Marcellus assets and ends a successful partnership of 7 years with Carrizo in a joint sale. We will continue to actively manage the remainder of our US shale resources.” The acreage sold is one of three upstream assets in the US owned by Reliance.

The company is expected to report robust profit growth for the 11th consecutive quarter due to its expanding refining and petrochemical businesses. In particular, refining is expected to lead the way because of a favourable margin environment. Margins in the refining business hit a 9-year high of $11.9 a barrel in the June 2017 quarter and are expected to be higher again in the September quarter. Longer term we believe the company’s retail and telecom businesses will come to the fore and help drive growth to new heights.