In Australia the market had a strong week, and in fact was the best since the end of March. The ASX200 closed up a further 0.34% on Friday to end the session at 5814 and we were vocal last week about calling the upward breakout. For the week the index rose 1.8% and I’m expecting further follow through upside running into the end of the year.

Interestingly it was the consumer discretionary stocks (buoyed by rising confidence data) which led the way, with a 4.4% gain over the course of the week. Given the headwinds I wouldn’t be ‘banking’ on this continuing, and in our view it is more likely to be the financials and resource stocks that will do the heavy lifting into the end of the year.

The miners had only a modest gain last week, and commodity prices have paused for a breath. With the central banks getting even further behind the 8 ball on inflation this is likely to prove a temporary phenomenon in my opinion. I expect investors will catch on further here, which should support my scenario, with the upward breakout now confirmed, of the ASX200 heading for 6000+ by the end of the year.

A rising tide does lift all boats, but those that rise the highest are often those that have been overlooked, and are resting in the deepest sand. This also rings true for the stock market. I think that high quality out-of-favour stocks with strong value propositions could fare even better if the market rallies into the year end.

We saw a takeover launched last week for Mantra with the stock rising 25% and as I have written in these notes, Accor clearly sees value despite many investment analysts having significantly lower price targets.

We saw Praemium re-rated strongly last week. The company had been stuck in a range, despite performing robustly operationally with many not really having moved on from the resolution of the boardroom stoush earlier this year. A robust quarterly result which was well above consensus forecasts was the catalyst that pushed Praemium up more than 25% last week. 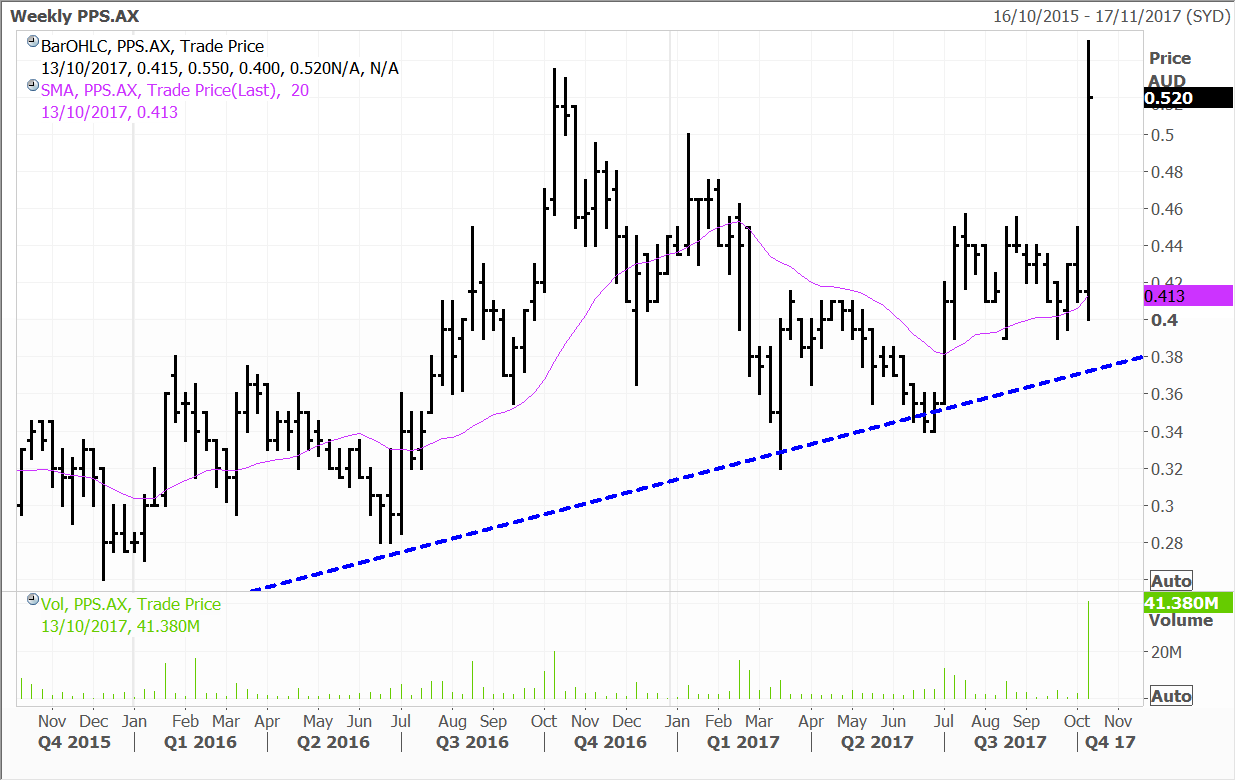 Another stock that we believe is ‘primed for a rerating” is Fairfax Media which is due to vote on the demerger of online real estate portal Domain. Fairfax has rebounded this month but remains some way below the highs of earlier this year.

It was interesting to read an article in the AFR about the TPG Capital bid. The article claimed that TPG had talked with News Corp about offloading the AFR itself following a deal with Fairfax. This would make sense to a degree with News having been eager to get “their hands on the Financial Review and fold it into its national broadsheet The Australian”

If side deals were being negotiated this tells us that TPG was quite serious. However, Fairfax could well be a case of the “one that got away”, with the stock set to be rerated once Domain lists, with other high quality digital assets in the portfolio continuing to perform and with components of the print business stabilising and turning around.

The corrective phase in Fairfax that ensued following the decision by private equity to walk away, appears to have concluded. 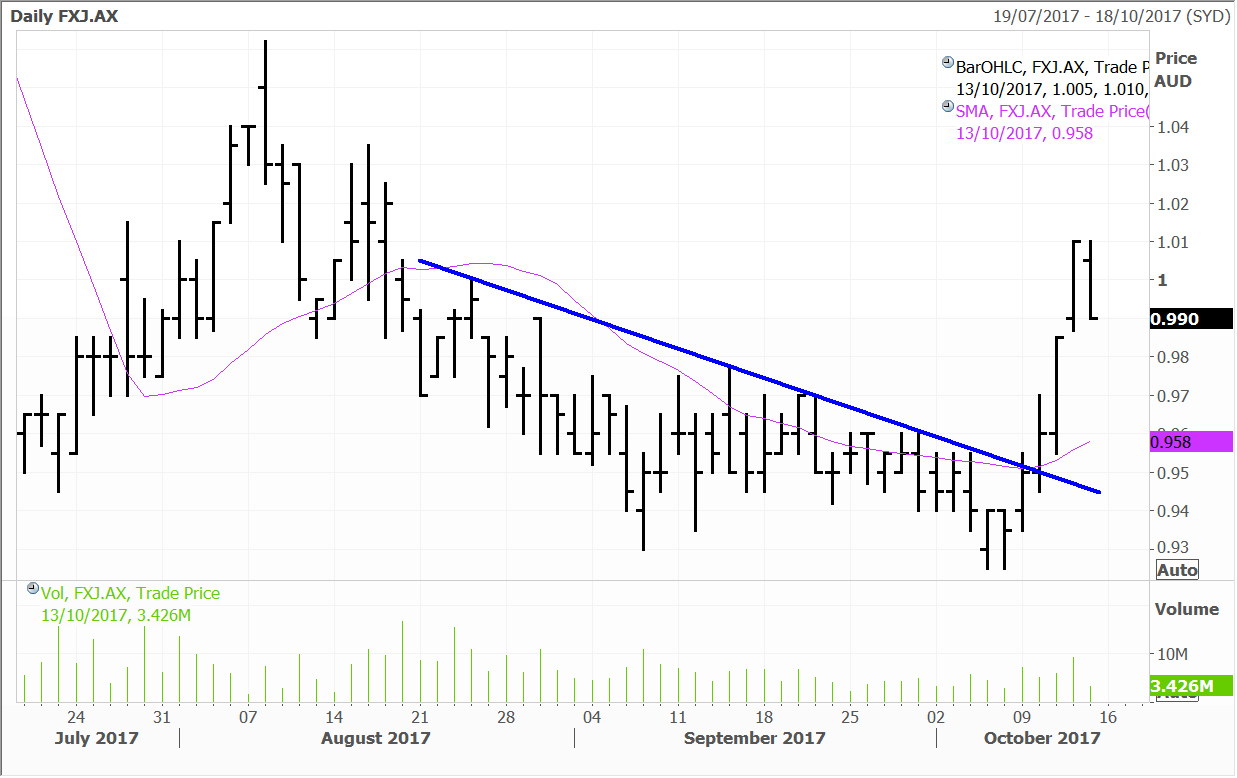 Dialling up the numbers!

Indian conglomerate Reliance Industries reported a 39% year-on-year increase in operating profits on Friday, with the refining and petrochemical businesses leading the way as expected. In its first quarter of reporting standalone numbers the fast-growing Jio telecom business surprised on the upside with a positive EBITDA and EBIT contribution.

This was a major positive and supports our view that Jio will prove the jewel in the crown for the company over the next five years as it rolls out India’s fastest growing 4G net mobile phone network. Reliance is a top 10 position in the Fat Prophets Global Contrarian Fund. We also hold the stock in our Asian, Global and UK Managed Account portfolios. 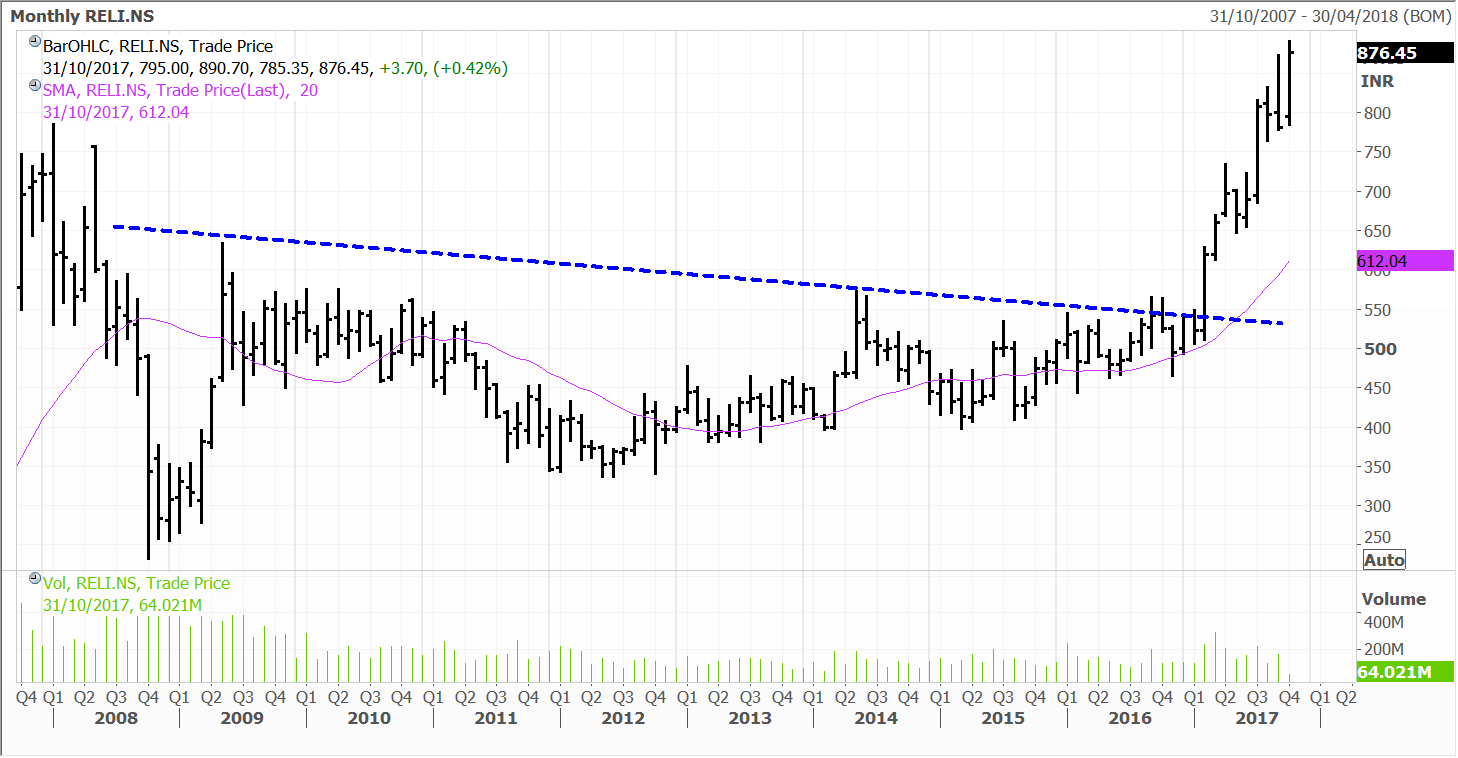 Discussing Jio’s performance, Reliance Chairman and India’s richest man, Mukesh Ambani said, “The rapid uptake of Jio services reflects the latent need of the society. We are confident that Jio will bring significant benefits to the Indian economy and the Indian customers and will take India to a much higher pedestal. We are focussed on providing multi-layered digital services on top of the basic connectivity service to optimally utilise our world class infrastructure.”

A wholly owned subsidiary, Jio only launched commercially in September 2016 and the growth has been explosive. Within the first month of commercial operations, the company had 16 million subscribers and passed the 50 million level in less than three months, marking the fastest ramp-up of any mobile operator globally. Fast-forward to now and the number is 138.6 million and still growing fast.

Reportedly Jio has dominated in 2017 by grabbing 84% of India’s 153 million net mobile phone additions and still only has about 11% of the market. Jio snagged 15.3 million new net subscribers in the September quarter. The Indian telecom market has huge potential, with many Indian’s still using feature phones rather than smartphones. Jio is already the world’s largest data consumption network, being the first to cross the Exabyte mark globally.

There is still plenty of scope for more share though and Mr Ambani has talked about wanting up to 50% of the local market. The telecom’s explosive growth has been mostly due to heavy discounting versus its peers, which Reliance is able to do due to the huge profits from its refining and petrochemical units. Investors are betting Jio will eventually be able to lift prices and that the company reported a positive EBIT contribution at this stage of its evolution is impressive and surprised many.

Jio has a great offering with the widest 4G reach in the industry and is on track to reach 95% population coverage by the end of 2018. As discussed in the Daily previously, the network has ranked the fastest in India over the past 8 months.

Jio reported standalone revenue of INR (Indian rupees) 61.47 billion crore or about US$950 million. EBITDA was INR 14.4 billion and represented a solid 23.5% EBITDA margin, supported by the company’s modern and efficient 4G technology. EBIT was INR 2.6 billion for an EBIT margin of 4.2% and the segment posted a loss of INR 2.7 billion. 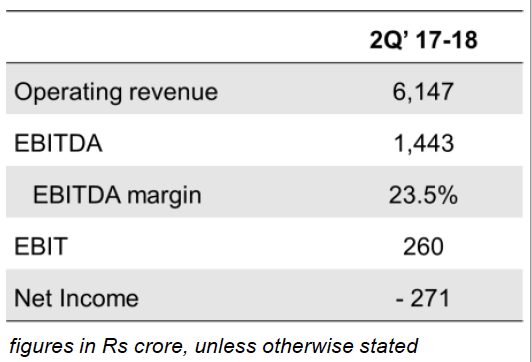 The average revenue per user (ARPU) was INR 154.6 per month, which is comparable to other industry players. Operating margins should get some support going forward from lower local interconnect charges from the beginning of October 2017.

The refining segment accounted for more than two thirds of group revenue in the quarter and the gross refining margin (GRM) was $12.0 per barrel in the quarter, which was slightly below expectations, but still represented a 9-year high. It was about $3.70 above the Singapore benchmark margin. Reliance has a complex refiner that can process a cheaper variety of heavy crude oil and its refining margins tend to be at a premium to the benchmark. Segment revenue was up 15.8% from a year ago and EBITDA was up 10.8%.

Looking ahead and Reliance is near the end of a large capital expenditure cycle so is placed to begin reaping the benefits. Return on capital should rise at the same time as earnings grow.