It was a slow day on Wall Street on Thursday with sluggish volumes and the indices closing mixed with the Dow up 0.5%, the S&P finishing flat and the Nasdaq down slightly. More notable moves were a push above 90 in the DXY after Larry Kudlow’s appointment as a White House economic advisor to replace the outgoing Gary Cohn and a 4% fall in the VIX back towards 16. Investors largely shrugged off trade fears and Russia geopolitical tensions, although just on closing time, the FBI announced that the Trump Organisation had been subpoenaed. 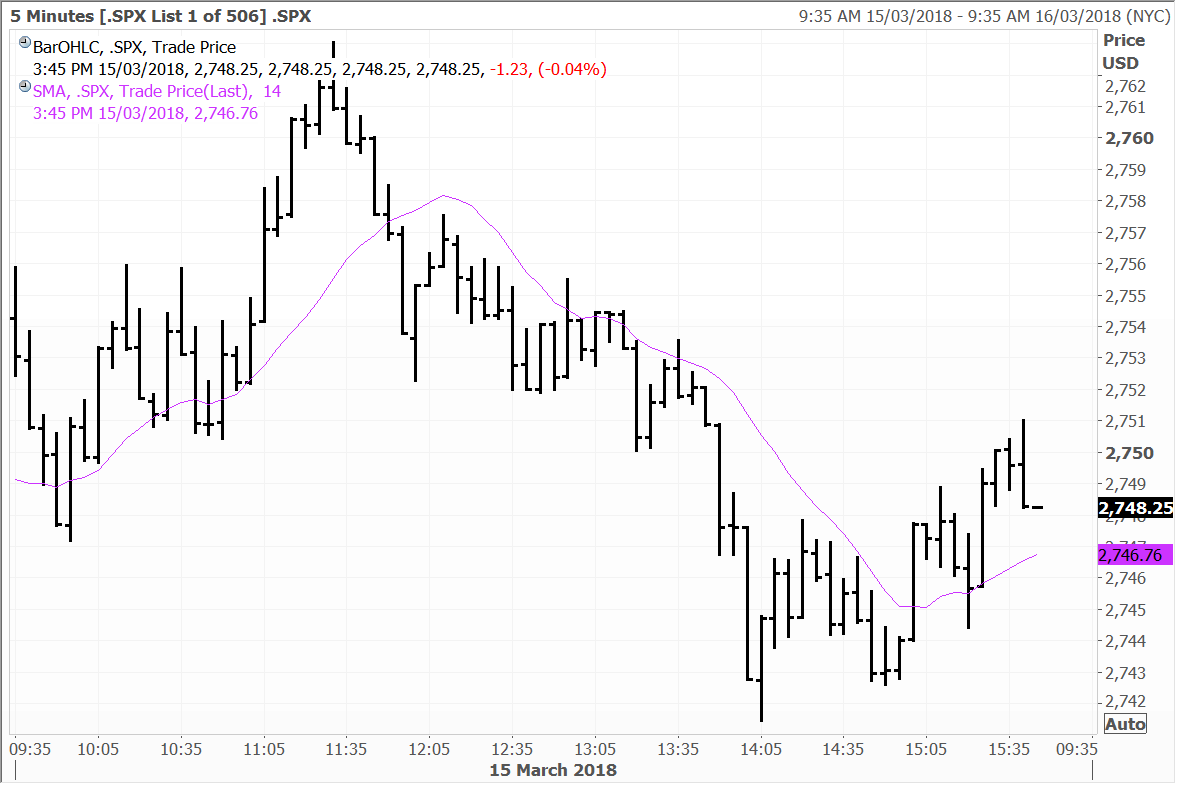 It was a busy day for economic data, most of which was positive. Initial jobless claims edged lower in the week ended 10 March. The report from the Labor Department showed initial jobless claims falling to 226,000, down from the previous week of 230,000. The read was in line with expectations. Also from the Labor Department another report showed import prices rose more than expected in February. Import prices edged up 0.4%, above the forecast 0.2% gain with rising commodity prices and a weaker greenback the catalyst. Export prices ticked up 0.2% in February, with this below the 0.3% rise expected.

So the stage is now set for the Federal Reserve’s FOMC meeting to be held next Wednesday and Thursday, with a rate rise of 25 basis points all but virtually guaranteed. Once again the markets will be more focused on the statement and what new Fed Chair Jerome Powell will say about inflation expectations and future rate hikes.

Given the relatively benign inflation data, I don’t think he will say too much, other than the fact that the Fed “will remain vigilant” towards rising prices and input costs (PPI). The markets will therefore likely take next Wednesday in its stride, and whilst Mr Powell will probably not deviate on the current trajectory of three rate hikes this year, I maintain my view that there will be four.

Jobless claims fell to 210,000 during the week ended February 24, which is the lowest level since December 1969. Claims have now been below the 300,000 threshold (which points to a robust labour market) for 158 straight weeks. That is the longest stretch since 1970, when the labor market was much smaller.

Homebuilder confidence saw a modest decline, according to a report released by the National Association of Home Builders. The NAHB/Wells Fargo Housing Market Index slipped to 70 in March from a revised 71 in February. Economists had expected the index to come in at 71 compared to the originally reported 72 for February.

The Trump administration seems to have gained a vocal strong dollar advocate in Larry Kudlow, a former economic commentator at CNBC. Mr Kudlow took to the network minutes after his appointment was announced on Wednesday to endorse a stronger US dollar, going as far to say that he would “buy the King Dollar and sell gold.”

The dollar faces an uphill battle despite the prospects of a widening interest rate disparity this year with other major currencies. Escalating trade tensions, a widening US current account deficit, not to mention a rising supply of bond issuance (which will exacerbate credit ratings) could all compromise the dollar.

The real elephant in the room is going to be the rising cost to the US Government of financing and servicing the national debt (now well above $20 trillion) particularly as interest rates rise. These forces will all weigh on the dollar, and for these reasons, now more than ever, the precious metal sector remains a cornerstone of our portfolios.

Financial markets might be on the cusp of the giving the best conditions for a rising gold price in decades. All of the above confluences that are negatively impacting the greenback are going to be very bullish for gold and the other PGMs. Whilst gold has yet to break out above a ‘defining’ resistance level at $1375 that has capped the price since 2013, economic fundamentals have never been more supportive for a continuation in the bull market trend that commenced back in 2000. 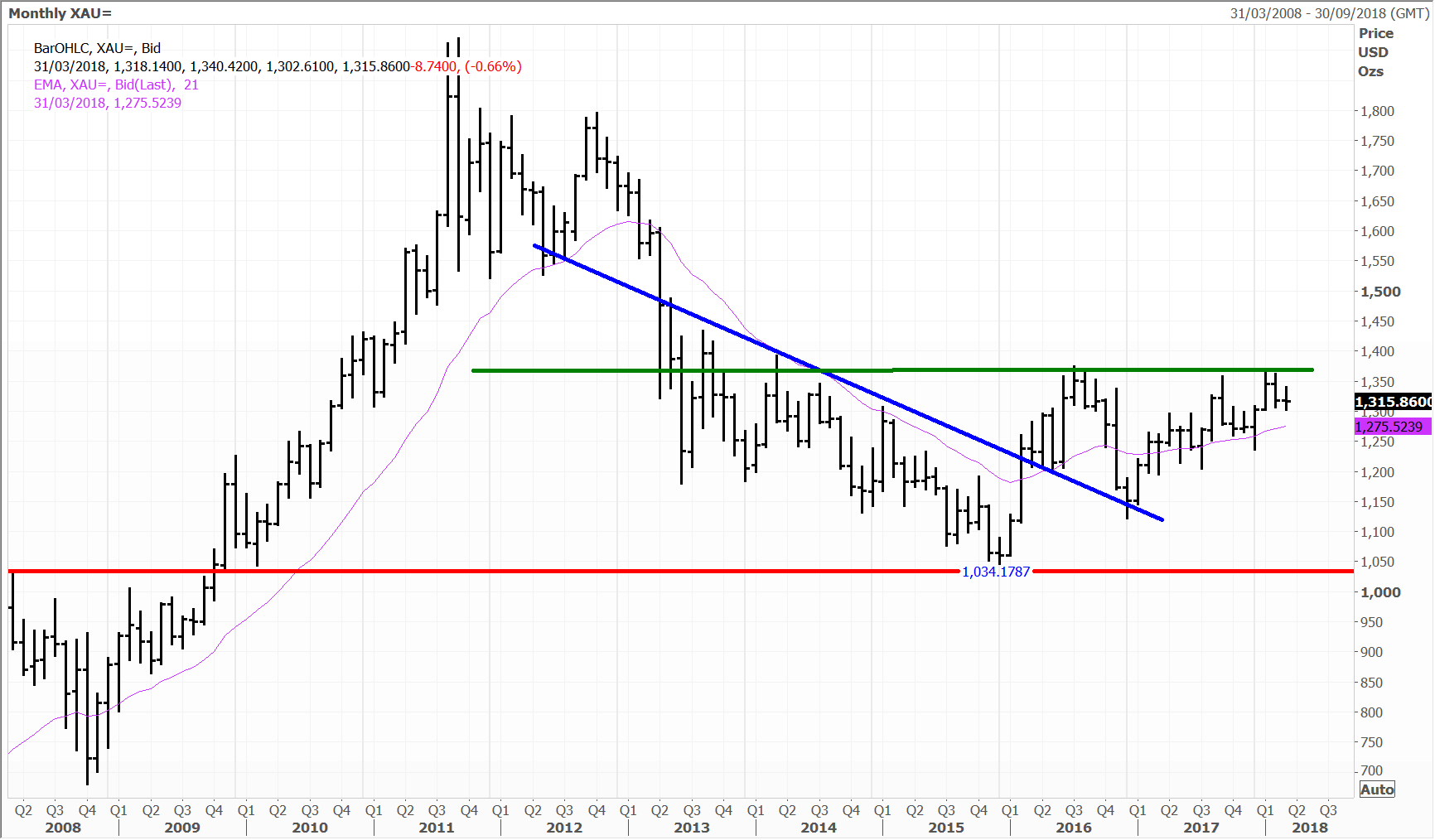 European stocks traded sideways for much of Thursday, with trade war fears continuing to weigh on investor sentiment but ended the day with modest gains. The pan-European Stoxx 600 advanced 0.54% for the day, while the Euro Stoxx 50 index of eurozone blue-chip stocks was up 0.69%.

Volkswagen shares continued to gain, up 2.5% on the day after announcing a major push into the Electric Vehicle market earlier in the week and reporting an almost doubling in operating profit for 2017.  Shares of Luxury retailer LVMH advanced 1.2%, Italian air traffic controller ENAV rose 1.3% and brewer Heineken added 0.7% on news of the sales of its China operations to Chinese beer giant CR Beer.

In Japan, the Nikkei closed marginally (+0.12%) higher, as the Bank of Japan bought exchange traded funds, offsetting softness in machinery makers. Machine tool makers and construction machinery stocks lagged on fears that global trade could slow after Trump’s posturing regarding trade with China. Many Japanese firms have substantial sales to Chinese customers.

Hitachi Construction slumped 3.1% and Komatsu dipped 1.7%. Robotics leader Fanuc edged down 0.6%, but peer Yaskawa Electric advanced 0.4% and component maker THK edged up 0.2%. Sony gained 0.9% and video game maker Square Enix added 2.6% to take its gain over the past year to 40%. The big banks Mizuho, Mitsubishi UFJ and Sumitomo finished slightly lower for the day. Sony, Fanuc, Mizuho, Mitsubishi UFJ and Sumitomo are held in the Global Contrarian Fund. Yaskawa, Square and THK are holdings in the managed account portfolios.

The Shanghai Composite finished flat (-0.01%), while the benchmark Hong Kong index edged up 0.34%, with property and technology stocks among the leaders for the day. Property developer China Overseas Land and Investment ticked up 0.5%, while insurers PICC and Ping An gained 1.3% and 3.4% respectively. Social media giant Tencent Holdings rose 1.1% and the Macau casino operators were mixed. MGM China lost 2.0%, Sands China dipped 0.3% and Wynn Macau gained 1.2%.

In Australia the broader market slipped slightly on Thursday, with the ASX200 closing down 0.24% at 5,920. The banking sector was weaker as the Royal Commission provided more soundbites in a ‘slow news’ day. Resource stocks were higher though, with Rio Tinto ahead by 2% and BHP gaining 0.8%.

ICICI Bank will sell a 24% stake in its brokerage and investment banking arm, ICICI Securities Ltd in an initial public offering (IPO) next week in a sale that will raise as much as US$620 million. ICICI Securities is the largest brokerage in India by revenues and investors, and with it comes the retail broking leg ICICIdirect.com. This will be the third IPO from ICICI in as little as three years with the ICICI General Insurance IPO in 2017 and the ICICI Life Insurance IPO in 2016.

ICICI Bank owns 100% of ICICI Securities and all the proceeds from the IPO will go directly to the Bank’s other income for the financial year which ends March 2018. Post IPO ICICI Bank will continue to hold 76% of the shares of ICICI Securities. The board of the bank approved the sale in November 2017.

Stock indices have pulled back from their January highs, but market participants and bankers have predicted a busy a year for capital markets in India after a record $11 billion raising in IPO’s last year. ICICI Bank is a holding in the Global Contrarian Fund and in the Global Opportunities managed account portfolio. 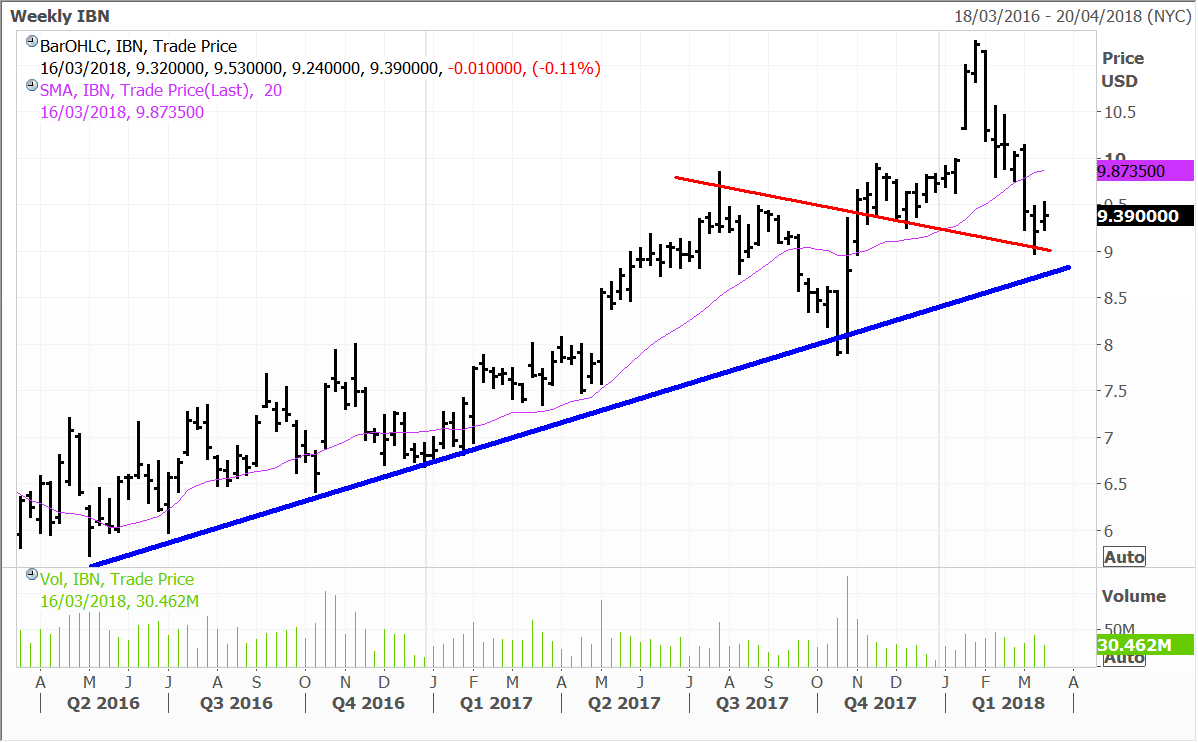 Next week, Thursday March 22nd, will mark 12 months since the IPO of our largest LIC, the Fat Prophets Global Contrarian Fund (FPC.ASX). With the IPO we structured a unique option offering. All investors in the IPO received a 1 for 1 option with their shares. This means if they bought 10,000 shares in the IPO, they were also entitled to 10,000 options. The options allow the holder to acquire new shares in FPC at $1.10, any time between when they vest on 22nd March 2018 and over the following 12 months to 21st March 2019.