US equity markets were flat on Tuesday with the Dow Jones off just 0.01% at 26,211 and the S&P 500 up 0.22%. The Nasdaq managed to climb 0.71% on the back of a number of strong earnings results – Netflix in particular jumped 10% after reporting booming subscriber numbers. An early resolution to the US government shutdown boosted sentiment but a new deal still needs to be reached by 8 February. This is clearly a market invigorated by strong earnings data and this current reporting round hasn’t done anything to disappoint.

We have now seen the fourth temporary US government-spending bill passed since October. Democrats voted in favour of the latest bill following a promise by Republicans to debate DACA continuation (Deferred Action for Childhood Arrivals). The World Economic Forum in Davos, Switzerland, saw a number of corporate leaders make optimistic comments. Canadian Prime Minister Justin Trudeau, meanwhile, made the case for trade deals at Davos.

In Australia the ASX200 rebounded back above 6000 on Tuesday, with the index closing up 0.75% at 6037. There was strong buying across the board, with oil price strength making energy the standout, with the sector up 1.7%. After yesterday’s plummet, a strong bid came back into Domain Holdings Australia, which rose 9%, while Fairfax was up 4.6%. QBE Insurance was sold off initially following another impairment charge, but recovered ground during the session with investors prepared to give new CEO Pat Regan’s turnaround plan the benefit of the doubt.

I wrote yesterday extensively about Domain, and my view that the scathing investor reaction to the surprise departure of CEO Anthony Catalano. No one is inexpendable. The announcement was far from ideal but the company and accompanying investment logic are much bigger than the man. I have confidence that a high-quality CEO will be installed in time, and Domain will not be rudderless with Chairman Nick Falloon stepping in.

Domain remains worthy of a valuation premium in my view to much bigger rival REA, with digital revenues growing faster and from a lower base. The positive trading update was lost in resignation shock, but investors likely came back in yesterday on this basis. We have maintained our holdings in Domain (and Fairfax) in the managed accounts and the Global Contrarian fund. Our analyst team issued buy recommendations on both companies in last night’s report.

QBE Insurance came out with a profit downgrade and another write-down on Tuesday, which on many counts wasn’t that surprising. It is well known that 2017 was a tough year (in fact the worst on record) for the insurance industry, and new CEO Pat Regan, who took over on January 1, was always going to reinforce that, lower the earnings outlook bar, and engage in some further ‘cleaning of the decks’. 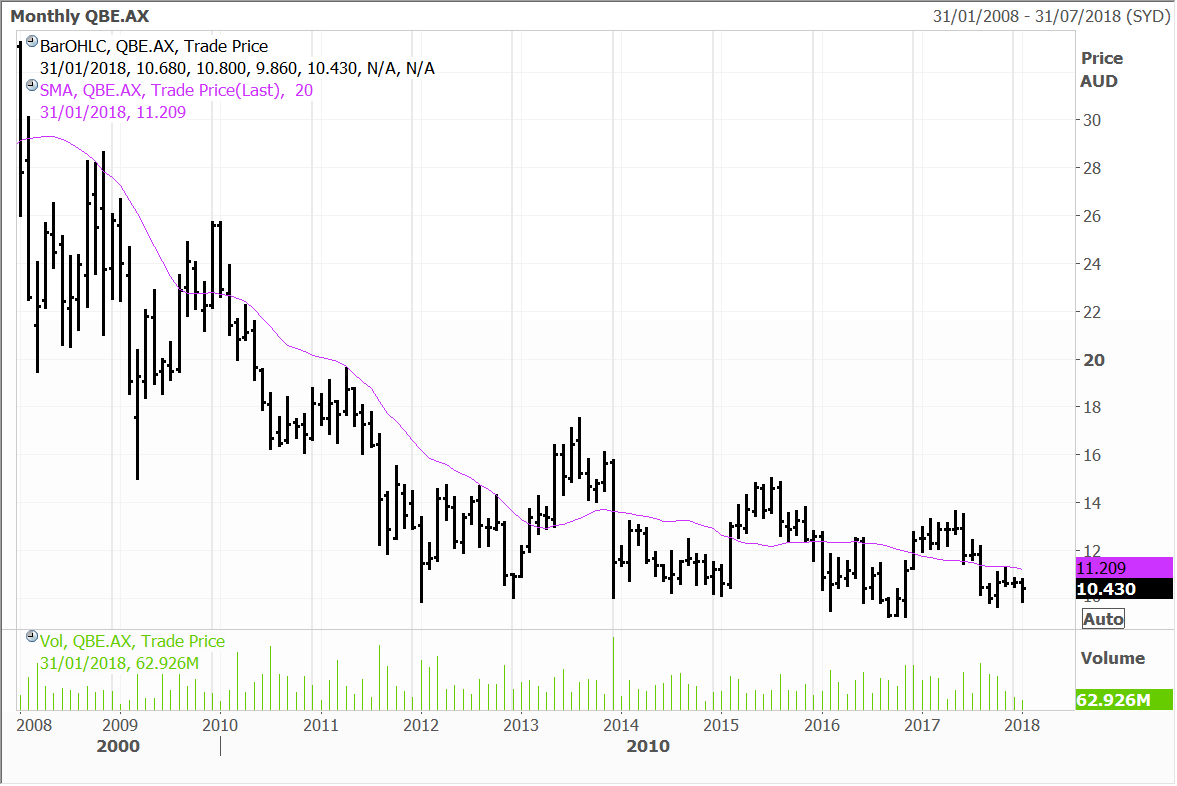 Regan has a clearly defined turnaround strategy, and I think much of this had already been digested by the market by the close which is why the stock was down just 0.6% after being down 6% at one point. In clearing the decks, management guided that the insurer’s net loss for the 12 months to December would come in at US$1.2 billion.

This was following an unprecedented catastrophe season in the US, increased claims provisions in Asia and North America, along with a US$700 million goodwill impairment in the latter, and US$230 million deferred tax asset write-down following a reduction in the US corporate tax rate.

The company also said that the combined operating ratio for FY17 would blow out to 104%, but come back to a profitable 95%-97.5% in FY18. I think that the outlook for underwriting profitability will also improve as premiums ratchet higher following global catastrophe losses which have sucked much insurance capacity out of the system. The other positive driver for the bottom line is that higher bond yields over time will continue to push up investment income which has been a drag on earnings for the past decade. The company has guided for investment returns to reach 2.5-3% in FY18.

While much of the heavy lifting was done in terms of restructuring initiatives by his predecessor, incoming CEO Pat Regan was never going to ‘not put the impairment charges through”. This was apparent from yesterday’s announcement, with a detailed operational review underway and Latin America in particular, now under the microscope. We will hear more at the results announcement on 26 February, but I get the sense a major divestment is coming.

This may also be a key rerating catalyst for the stock – which has generally lost faith with the insurer. We reduced our exposure in the Global Contrarian fund some time ago, but QBE is at an inflexion point given the low valuation, underlying buying support below $10.50 and I therefore believe the risk lays squarely to the upside.

China gaming operator Wynn Macau spiked 6.16% on Tuesday on the release of its fourth quarter result that confirmed a net profit of $179.2 million – which was a huge 284% increase on the $46.6 million recorded a year earlier. Total operating revenue was up 43.06% at $1.31 billion while adjusted property EBITDA was up 25% year on year to $186 million. The better than expected nymbers were due to strong performance of the company’s newest casino – Wynn Palace – which opened late last year.

I have written often about Macau in these daily notes, where gaming revenues have been recovering throughout 2017 following a steep decline when the Chinese government cracked down on corruption. The former Portuguese colony has been reinventing itself as a world class entertainment destination with a number of new top tier Casino’s coming online recently.

MGM China’s Cotai is set to open next week on January 29. MGM China and Wynn Macau are the two largest holdings in the Fat Prophets Global Contrarian Fund after both stocks rallied 48% and 76% respectively. We also hold Sands China – these stocks are also core positions in the Global Opportunities and Asian Managed Account portfolios

.Disney has announced it will make a $50 million investment into a new employee education program and to pay over 125,000 employees a one-time cash bonus of $1,000. CEO Bob Iger said we are “directing approximately $125 million to our cast members and employees across the country and making higher education more accessible with the launch of this new program”. Some of the biggest companies in the US like Boeing, Wells Fargo and AT&T have been giving bonuses to employees, often citing the recently passed tax bill as a motive. Disney is a top ten holding in the Contrarian Fund, Global Opportunities and US Managed Account portfolios. 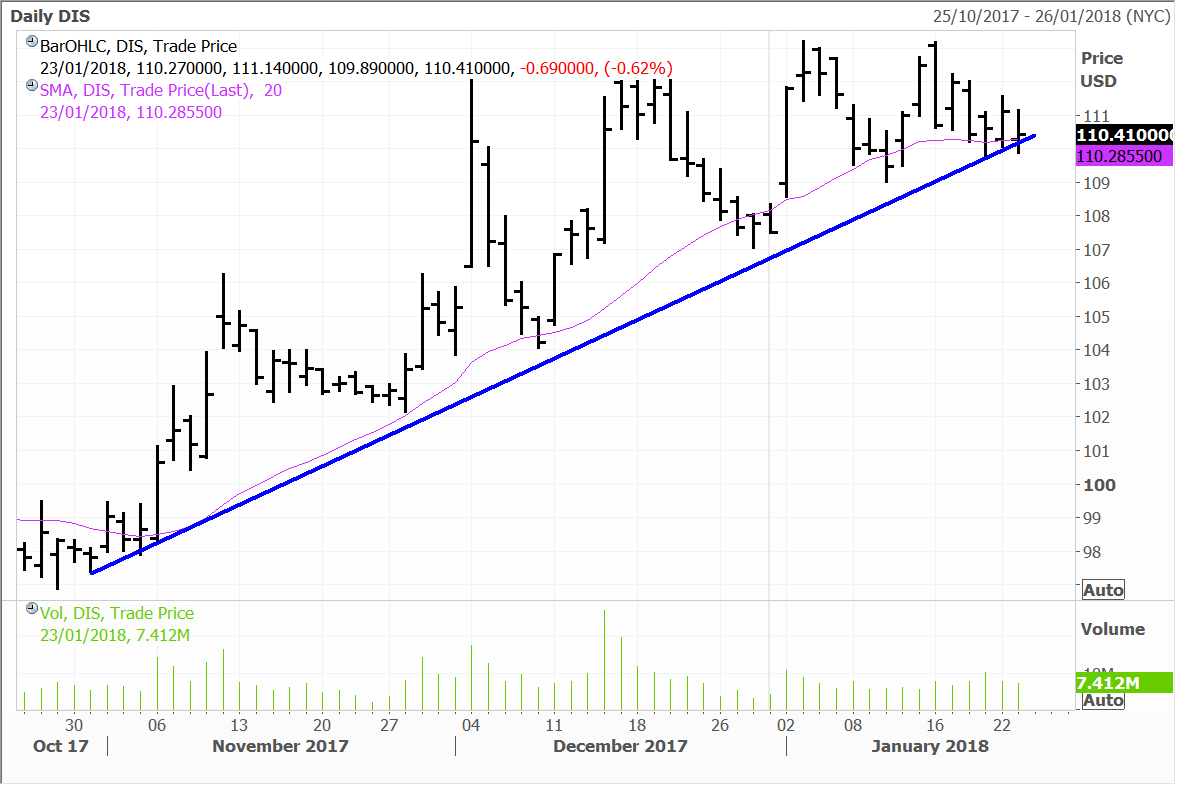 Japan-listed shares of Sony continued to gain yesterday, rising 2.9% are up 67% over the past year. Sony is holding in the Global Contrarian Fund, as well as in the Global Opportunities and Asian portfolios. The entertainment and technology conglomerate on Monday introduced a range of figurines some are comparing to Nintendo’s Amiibo toy line. Sony’s are called Totaku and are based on Sony’s gaming IP, depicting popular characters such as Crash Bandicoot (pictured below), Parappa, Kratos and Bloodborne among others. 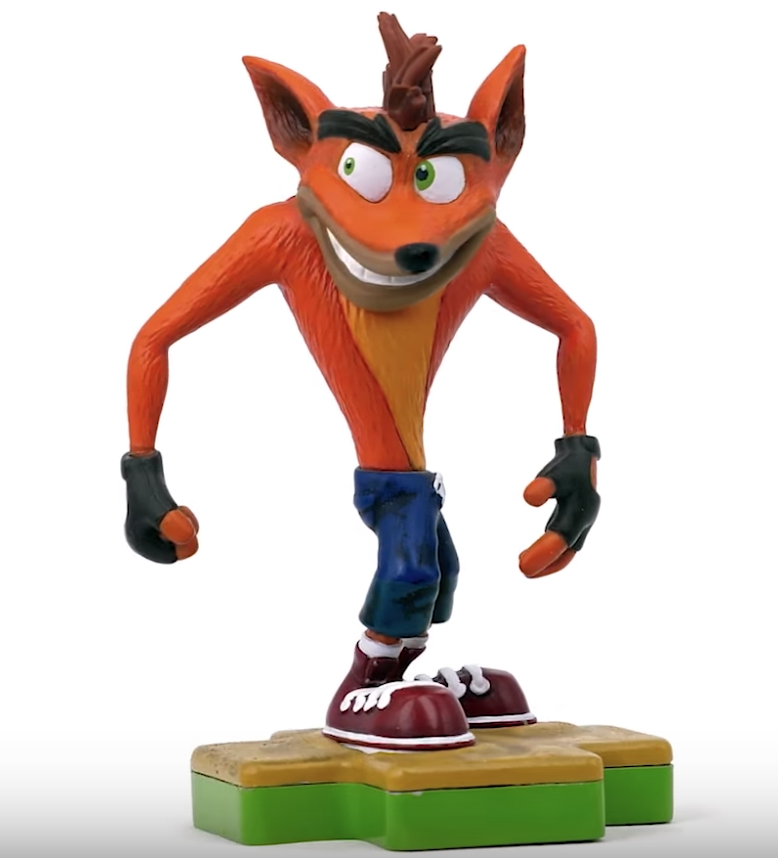 Although the introduction of this line is an easy way for Sony to cash in on existing IP and they are being compared to Amiibos there are some key differences. Tataku are just figurines, without any digital “toys-to-life” characteristics and Sony has reportedly licensed them out to a third party, ThinkGeek, rather than keeping them in-house. They will be available through various gaming retailers such as Gamestop in the United States at a cost of US$9.99 per figure and in Australia from the likes of Electronic Boutique. Sony’s PlayStation business is a key driver of growth for the company and this adds another revenue stream, albeit likely a modest one.