US equity markets set new records on Monday with the Dow Jones up around 0.25% and the S&P500 up 0.30% at 2,821. The technology driven Nasdaq composite was trading 0.67% higher at 7,385. Despite the Senate only reaching an agreement around midday to pass a stopgap-funding bill that will keep the Government operating for another three weeks, the markets virtually ignored the ructions on Capitol Hill. Earnings are clearly trumping politics as the key focus for investors at present is squarely on the latest reporting round. 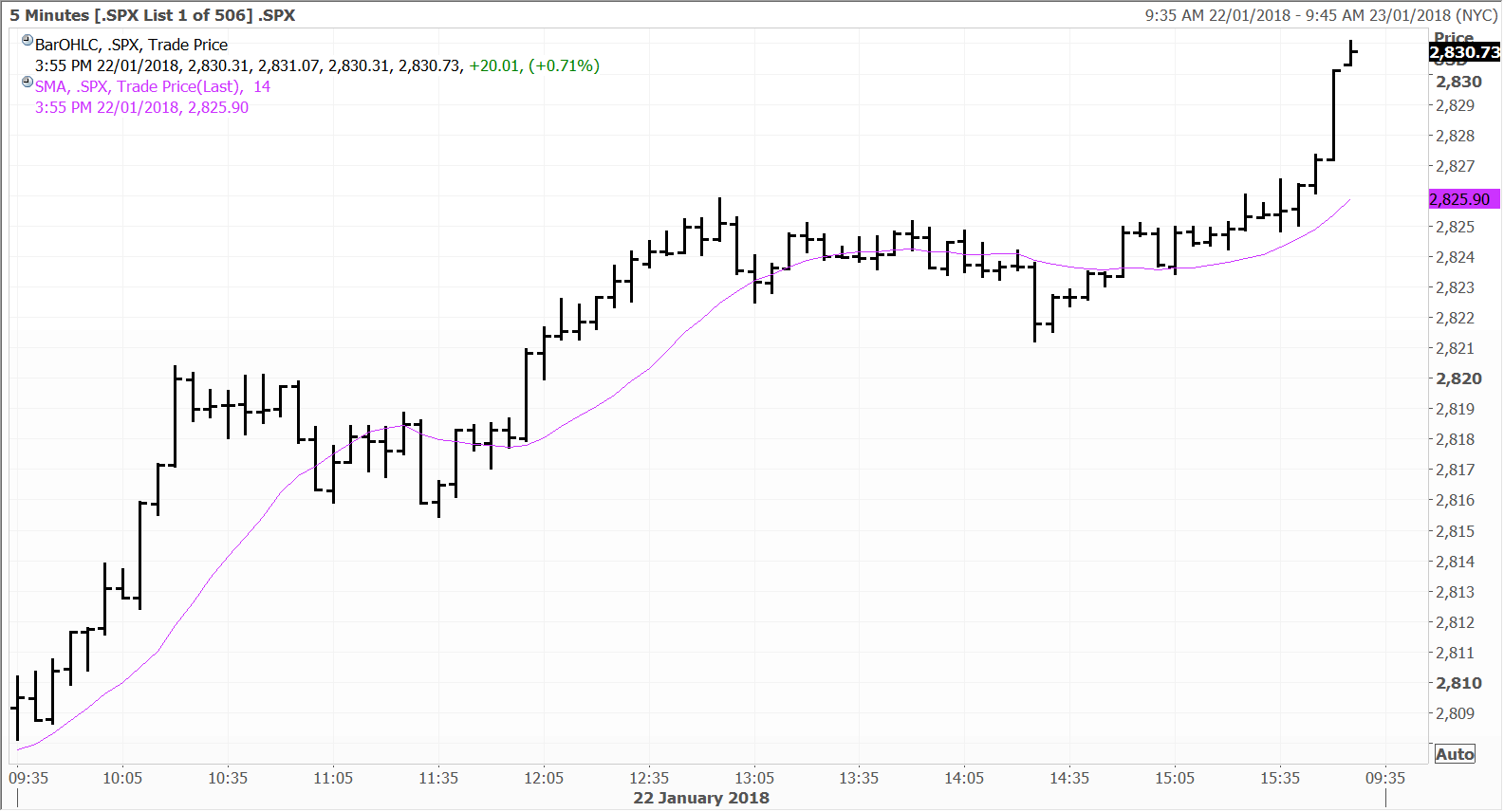 In Australia the ASX200 closed under the 6000 mark on Monday, with the index finishing the session off 14 points at 5991. The day was dominated by the shock announcement from Domain Holdings Australia, with CEO Anthony Catalano stepping down just two months after the company’s IPO. The investor reaction was savage with the shares in Domain down 17%, and Fairfax (which retained a 60% stake post the spin-off) was 10% lower. We hold both companies in the Fat Prophets Global Contrarian Fund but the position size was reduced meaningfully over the past several weeks.

Markets normally shoot first and ask questions later, but in this case the volley of gunfire was overdone in my view. Other good candidates will be targeted as a replacement. A high-quality calibre CEO will be installed in time, and the underlying investment thematic remains in place. Domain reaffirmed and revenue and profit growth guidance yesterday. We hold stakes in both Domain and Fairfax, and while yesterday’s price action was disconcerting, it is also important to maintain some perspective. 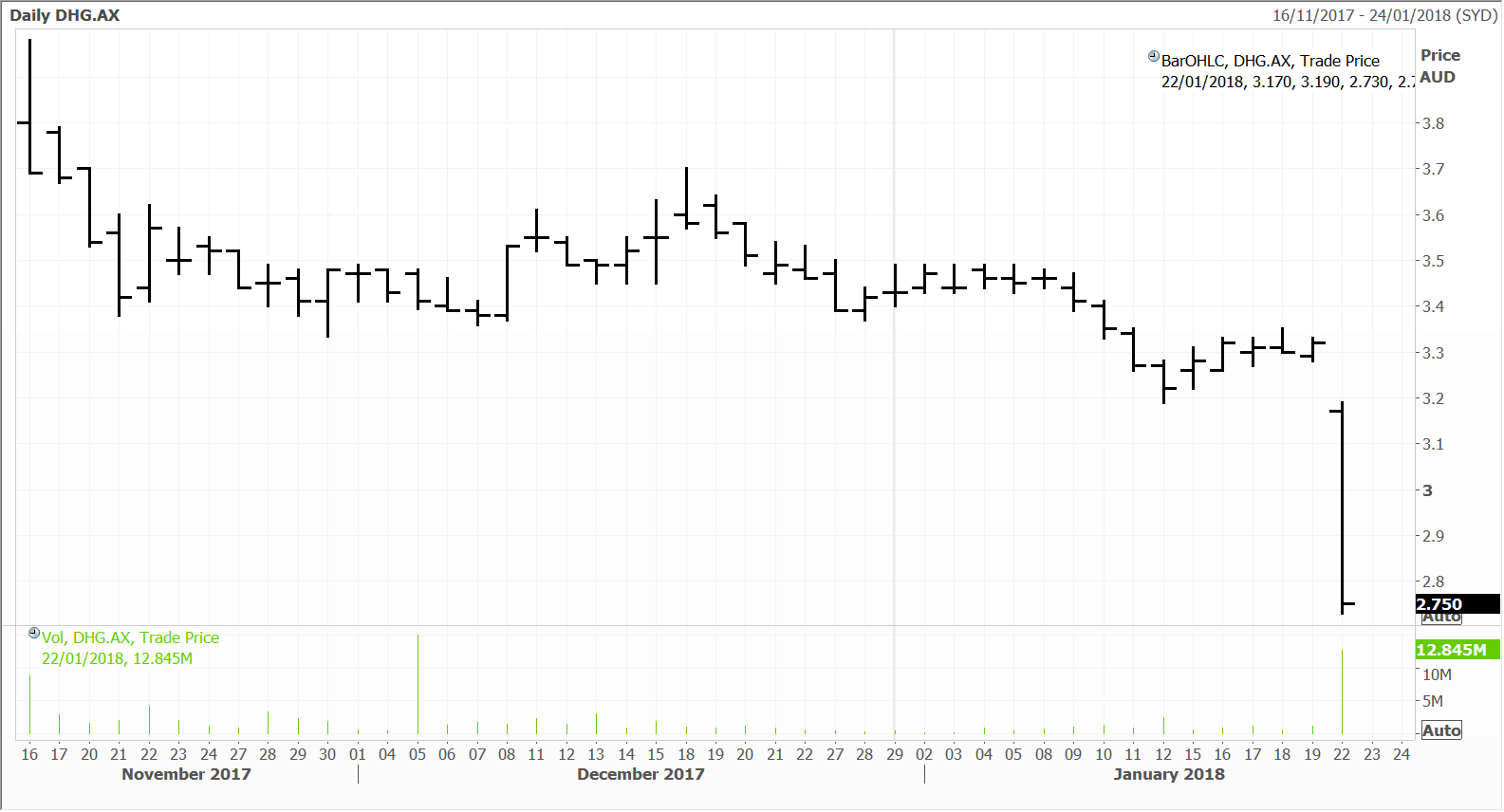 In resigning from the role, Mr Catalano cited that the demands of his role were more challenging than he had expected, and he had decided to ‘put his family first.’ Mr Catalano has eight children from three marriages and said in a statement that “I understand and regret that the timing of this decision is unusually short from Domain’s listing”

There will be the usual scepticism over the resignation for ‘family reasons’, and the fact that Mr Catalano would have known for some time about his likely workload. However, I doubt that in this case there are any other sinister reasons for the resignation. The decision will certainly not have been taken lightly as there will be some financial cost to the departing CEO, and as he is the largest individual shareholder in Domain.

The announcement was extremely disappointing given Mr Catalano’s significant experience with Fairfax and Domain, and also that it comes just two months after Domain’s IPO. A search has begun for a new CEO as Chairman Nick Falloon steps into an executive role alongside an experienced management team.

In backing Domain (and Fairfax) we had confidence in Mr Catalano, but we have ultimately backed the company and underlying investment fundamentals, not ‘the man’. We see significant growth in digital revenues continuing to occur at Domain. We are to this end encouraged that the company has flagged pro forma first half digital revenue growth of 22% against the same period last year and total revenue growth of 13%. This is also consistent with last September’s trading update.

Domain can also play catch up (and especially now on valuation) with bigger rival REA, and this will be attractive to an incoming CEO. It has also been suggested that the ex-CEO of REA, Greg Ellis, who is a board member of Domain, would be an obvious replacement. The issue will be that he is heavily incentivised to stay on as CEO with German listed online classifieds business Scout24 (recommended in our European equities report). He would therefore take much prying, although the opportunity (and reward) for driving shareholder value at Domain may be attractive. 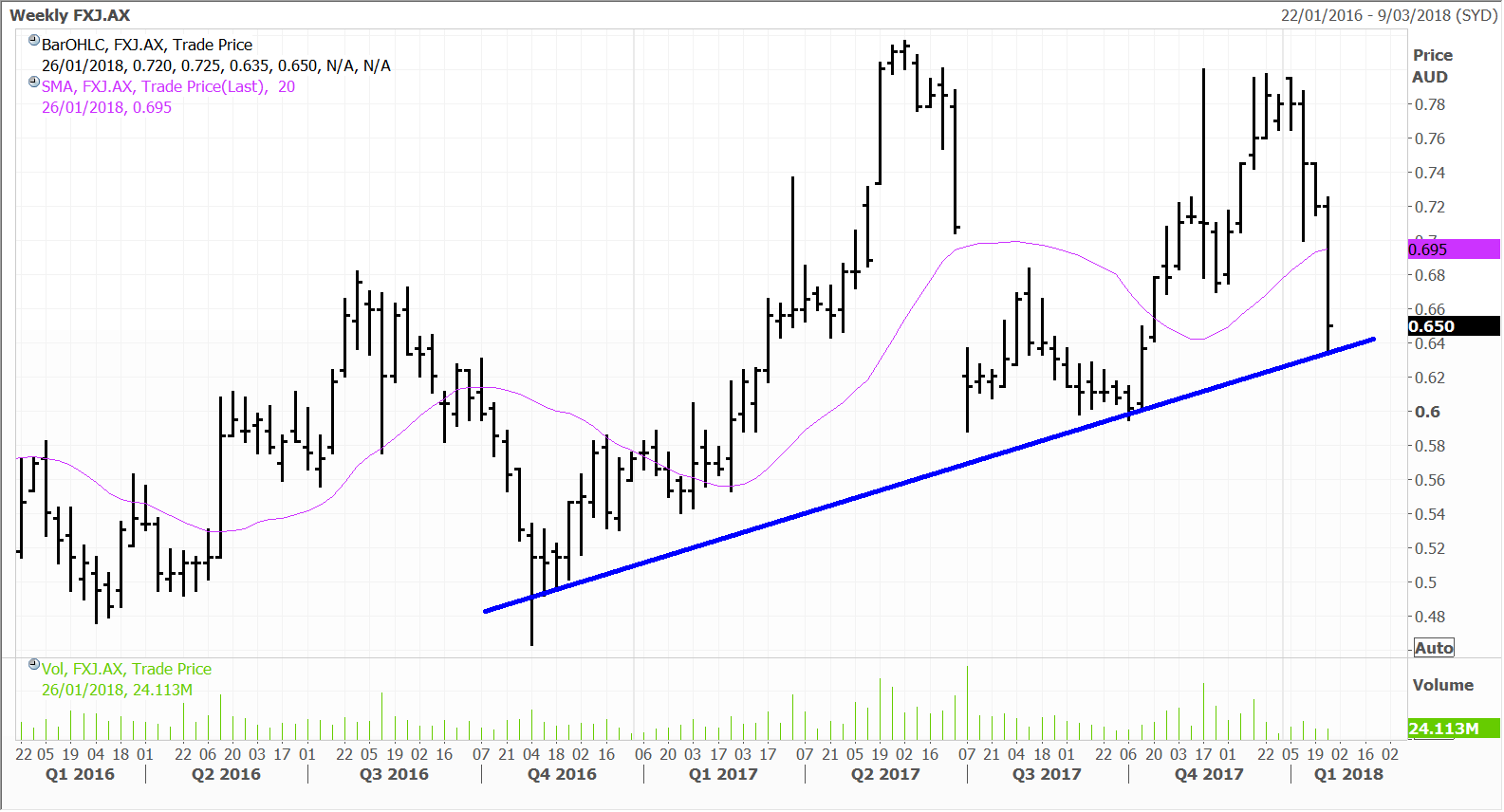 Hong Kong-listed Macau casino operators were strong gainers in trading yesterday. Last Friday Sands China maintained its interim dividend at HK$0.99 and headed the pack on Monday with a 4.1% gain. It was followed by Wynn Macau, up 3.2% and MGM China edged up 1.4%. The latter casino operator has submitted its application to authorities for new dealer tables at the MGM Cotai, which is set to open at the end of the month and then have a “grand opening” in February.

New table allocations have been tight over the past couple of years, with MGM likely to get around 100-150 new tables. The company will likely shift some of its table allocation from its older property on the Peninsula to the new property on the Cotai Strip, as that is where all the action is at these days, with the newest casinos, lavish rooms, succulent restaurants and grand shows.

We hold all three of the above stocks in the Global Contrarian Fund, as well as in the Global Opportunities and Asian portfolios. MGM China and Wynn Macau are the number one and two holdings in the Global Contrarian Fund. All three companies have performed strongly over the past year on improving traffic back into Macau and higher gaming spending. Late last week, preliminary figures released by the Macau Government Tourism Office highlighted total visitor arrivals to Macau hit 32.6 million in 2017 up 5.4% from the prior year. 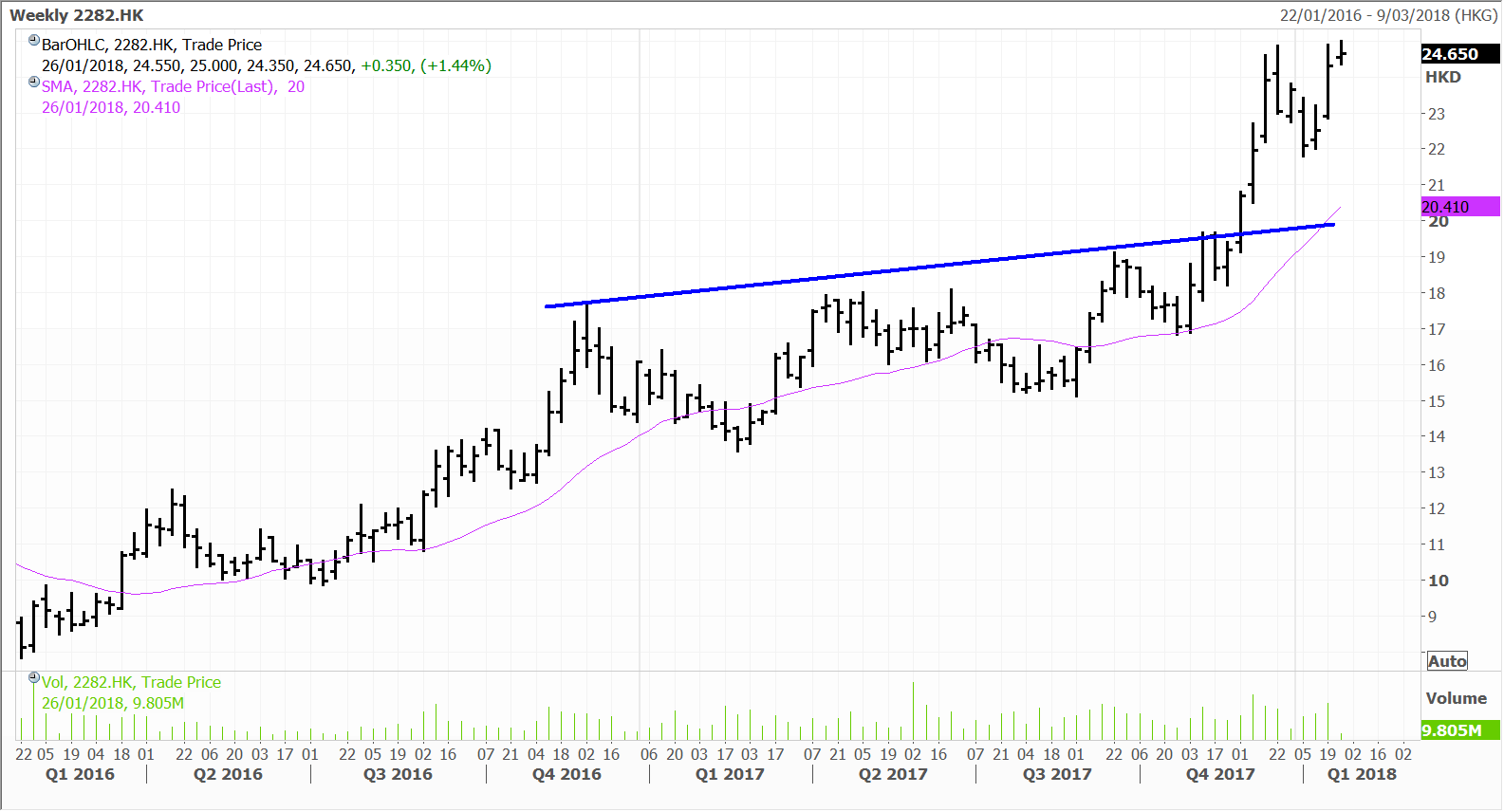 Shares of Sony gained 1.1% yesterday on what was a subdued day for Japanese equities generally. The company’s film business is enjoying a rare stint at the top of the North American box office with its ‘Jumanji’ reboot. Jumanji: Welcome to the Jungle has topped the weekend box office in North America for the third weekend in a row. It has become Sony’s fifth highest grossing film ever in the US market by overtaking the James Bond Skyfall movie according to Box Office Mojo. Skyfall accumulated $304.4 million in box office takings in North America, while Jumanji is already at $317.0 million. 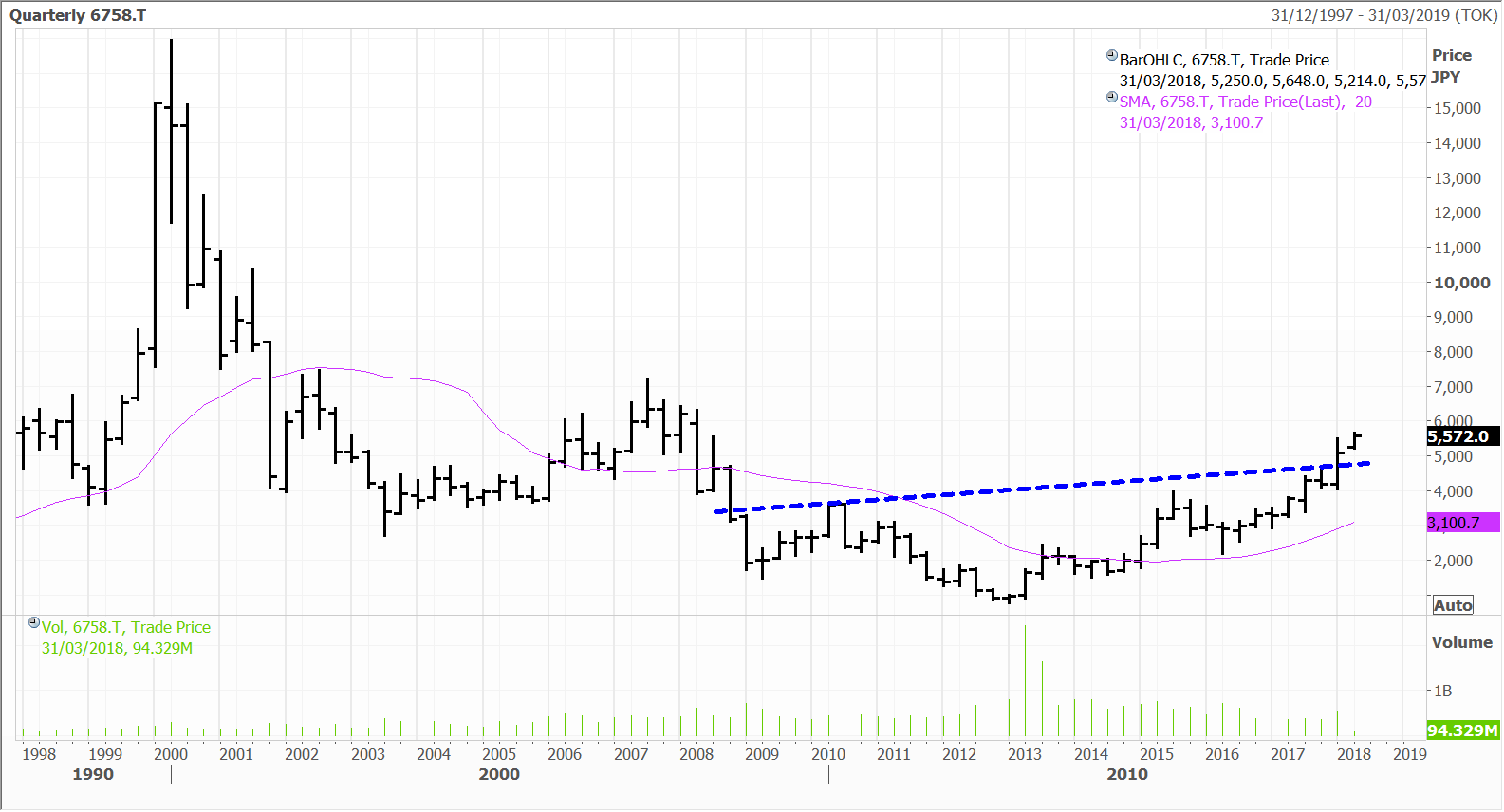 Still, the new Jumanji has some ways to go to overtake Skyfall globally, as it pulled in $1.108 billion worldwide, while the new Jumanji movie is currently sitting at $767.8 million. It is a rare patch of form for Sony’s movie business, which has struggled in recent years. Fortunately, other divisions such as the PlayStation business and image sensors have been thriving. The shares have been very strong performers over the past year and are held in the Global Contrarian Fund, as well as in the Global Opportunities and Asian portfolios.

Indian-listed shares of Reliance Industries had a strong day Monday to hit new highs in trading, after the conglomerate reported better than expected numbers for the December quarter. At the consolidated level, revenue surged 30.5% year-on-year to approximately US$17.2 billion, while net profit was up 25.1% to US$1.5 billion. The cash profit performance was even stronger, jumping 42.6% year-on-year to US$2.4 billion. The telecom business JIO also performed well, with strong growth on the top line and net additional subscribers for the quarter were 21.5 million, up from 15.3 million in the trailing quarter. We hold Reliance in the Global Contrarian Fund, and the Asian and UK Managed account portfolios. 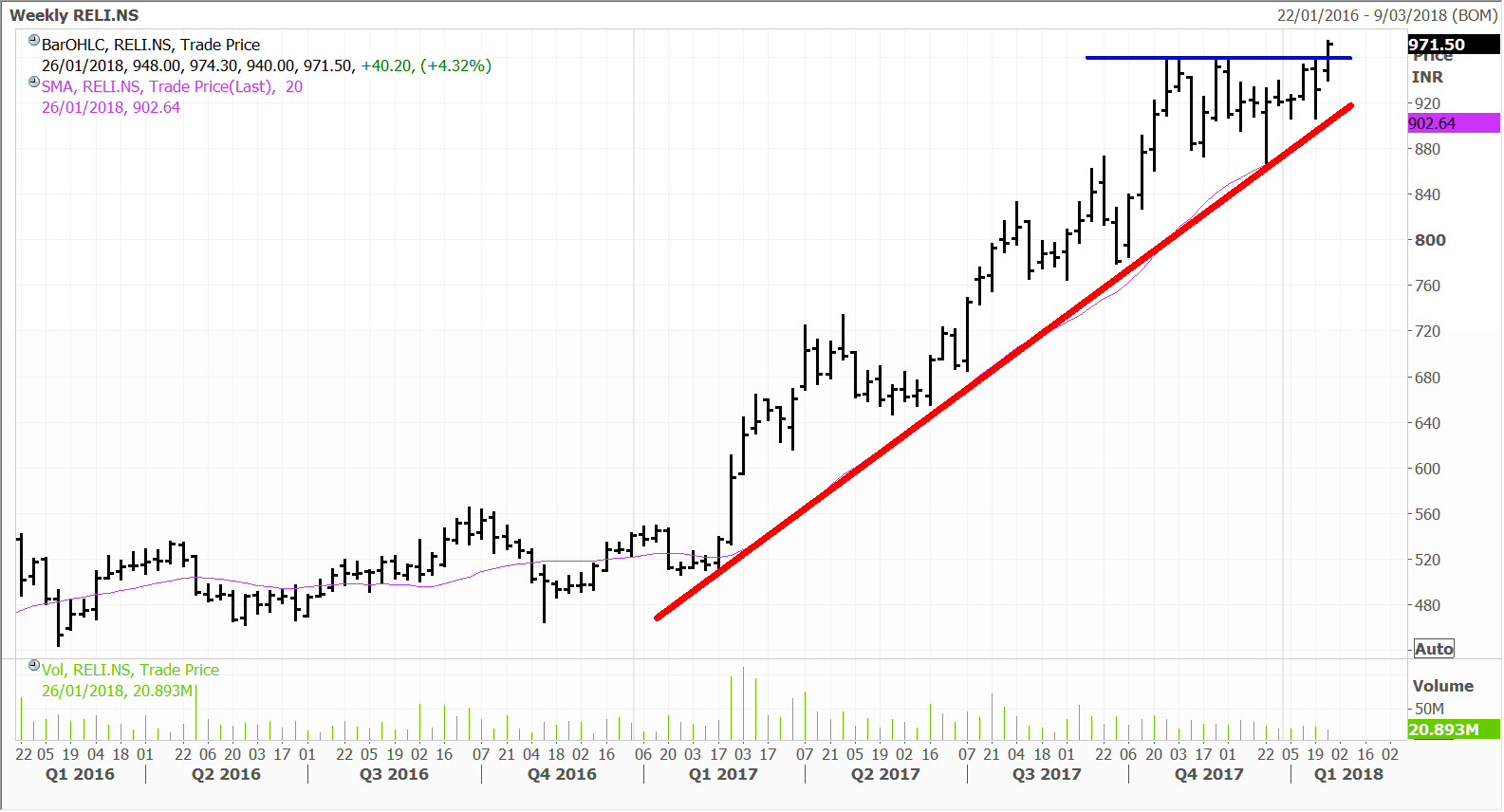 In the US Nasdaq-listed Wynn Resorts also enjoyed a good day rallying nearly 8% on onday, extending its impressive run over the past year as it beat on the earnings front. The parent of Wynn Macau is benefitting from the resurgence in gaming revenue in Macau after the opening of its luxurious Wynn Palace property in 2H16. The company is also building a new casino in Boston and will turn existing land in Las Vegas into a waterpark themed attraction to further differentiate it from peers.

Shares in Japanese touch screen manufacturer Nissha Co Ltd have been under pressure recently with the shares losing a further 3.86% on Monday. This is despite recently raising forecast group operating profit by 16.4% to 6.4 billion yen and group recurring profit by 51% to 7.7 billion yen. Clearly the market was expecting more. The shares have been trading sideways for the past year, while earnings growth is predominantly being driven by its device segment with the company co-operating with China’s Lens Technology in the development of touch sensors. Nissha is held in the Contrarian Fund, Global Opportunities and Asian Managed Account portfolios. 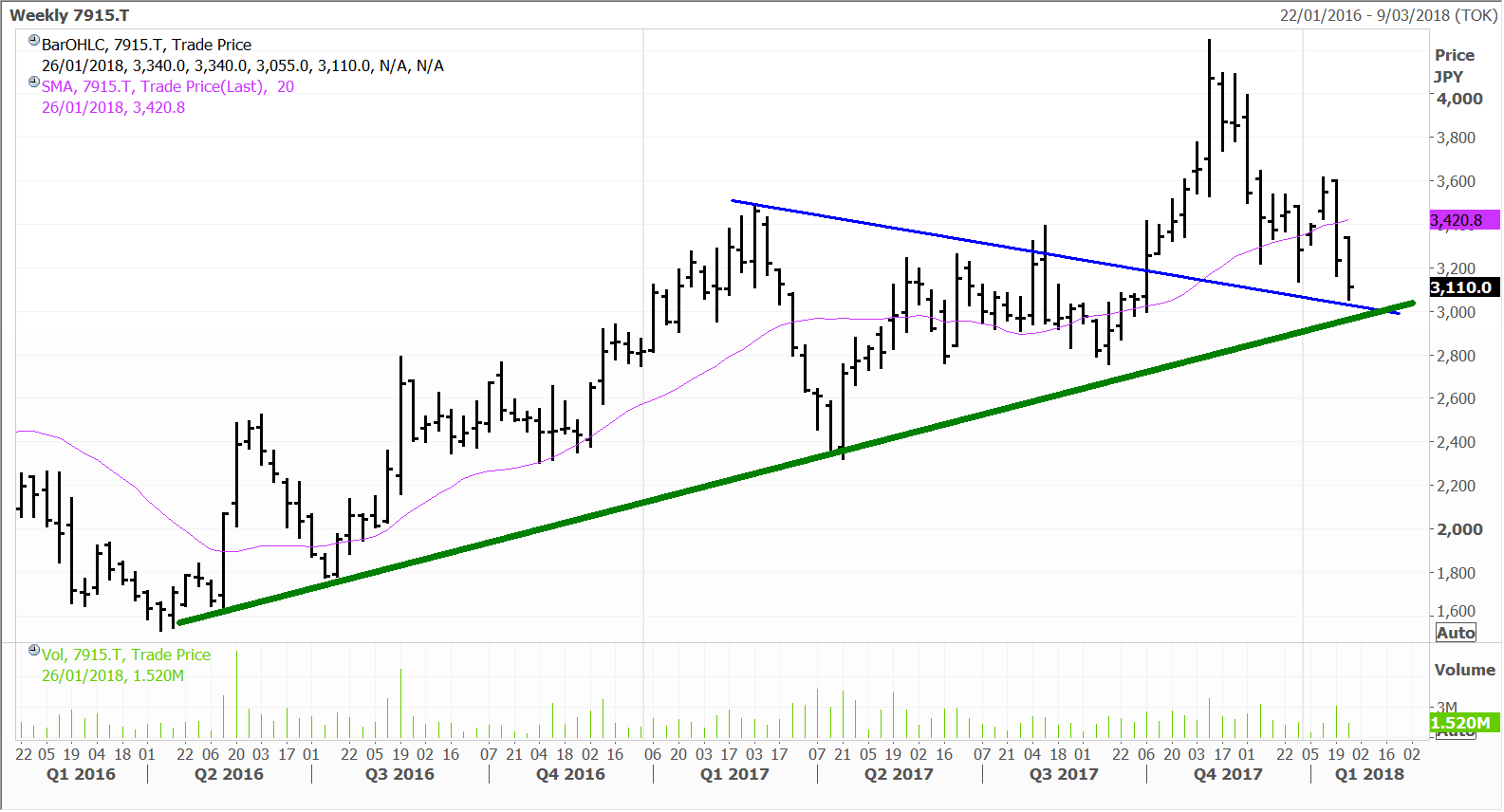 In Spain the IBEX is breaking new ground after Fitch upgraded Spain’s credit rating to A-, adding 1.1% to hit a five-month high. Financials played a key role with Caixabank up 2.62% and Bankia gaining 1.38%. Conditions are improving for the Spanish banking sector with Iberia research citing non-performing assets are expected to decline across the board and higher fee income reflecting higher levels of economic activity and growth in assets under management. Bankia will release its December quarter numbers on January 29 and we hold both banks in the Contrarian Fund and European Managed Account portfolio. 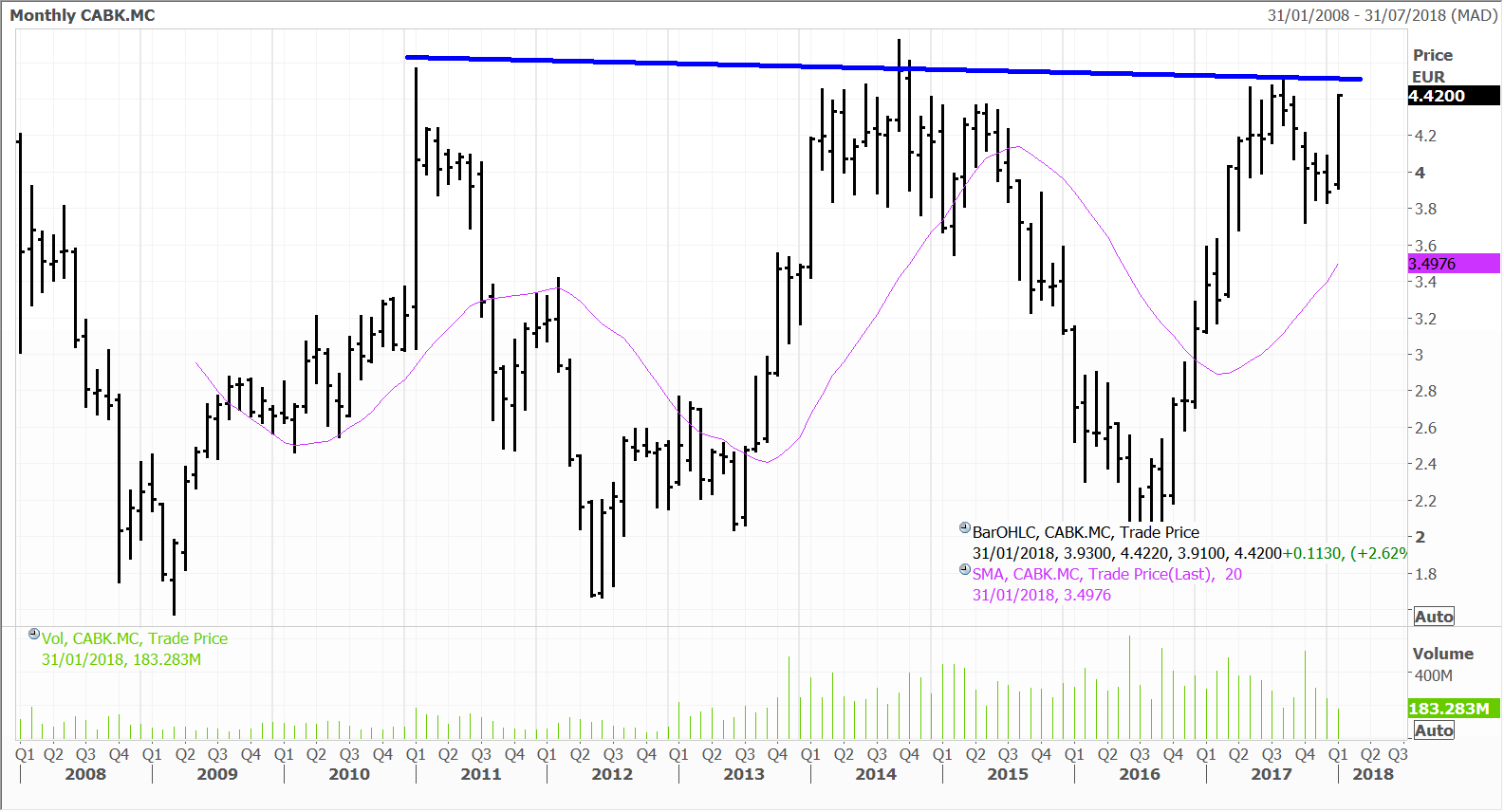