In Australia, the market ended flat on Tuesday, with the ASX200 holding at 5738. The resources sector was mostly weaker, although precious metals stocks were higher. Evolution was up 1.8%, while Saracen Minerals shone even brighter with a 3.7% gain. The analyst team have maintained a high conviction buy rating on the stock in last night’s Australasian Equities report.

It has been a good week for holdings in the Fat Prophets Global Contrarian Fund and the Australian Managed Account portfolios with Mantra up another 1.3% yesterday, following the takeover approach announced on Monday.

There was also a stellar rise from one of our other big holdings, Praemium. Shares in the financial service platform provider leapt 25% to 51 cents, after the company reported another quarter of record inflows. 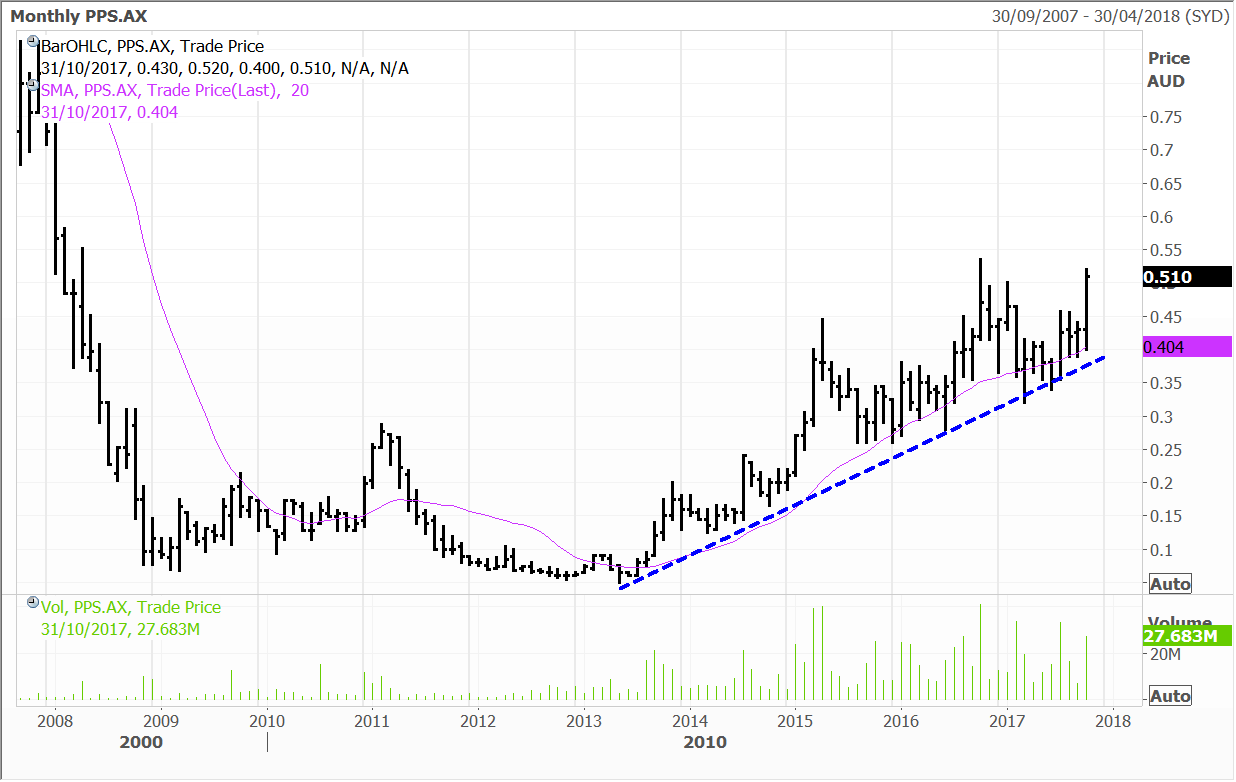 Praemium has displayed an excellent track record in delivering robust inflows and growth in Funds under administration, and the September quarter did not disappoint, and was the best yet. Global quarterly inflows were another record at $749 million, as were those in Australia at $587 million in the three months to September 2017. FUA have now surpassed the $6.6 billion mark, and is up 31% on this time last year.

In Australia the company’s retail superannuation offering SuperSMA continues to deliver the goods, with FUA now at $716 million and now 17% of the domestic SMA platform. As CEO Michael Ohanessian noted, “Inflows for the Australian business were particularly strong and reflect the continuing move in the platform market to managed account technology, where Praemium continues to be the market leader.”

A key attraction for us about Praemium has been the company’s commitment to innovation, which has enabled it to stay at the cutting edge. As Mr Ohanessian remarked this has also seen the company “deepen engagement” with existing clients as well as ‘expand the addressable market beyond the small but rapidly growing SMA space.” A plan to make international equities available on the Australian SMA by late 2017 should provide a further boost in our view.

The company’s UK business is also a point of difference versus others in the space, and is making strong progress. International inflows of £97 million for the quarter were the third highest on record. The company’s in-house investment management proposition of multi-asset funds and model portfolios grew to £440 million in the quarter, up 53% over the past 12 months. The Smartfund range of multi-asset funds has reached £254m in FUA, a rise of 217% in a year.

Management have made some savvy acquisitions in the UK in our view, which have broadened the company’s offering, and other ‘growth’ opportunities are being canvassed for the pensions business. Stay tuned.

We have built up a position in Praemium in the Global Contrarian Fund in recent months, and following the resolution of the boardroom stoush in which we backed Michael Ohanessian to be reinstated as CEO. I have great respect for him, and think he has done a brilliant job over the years.

Yesterday’s result only serves to further highlight the tremendous operating leverage which the company has. I think even better things are to come yet. We also hold the stock in the Small/Mid-Cap and Concentrated Australian Share and models, and we know the product first hand, with the platform used in our own Wealth Management department. Our analyst team have also favoured the stock, recommending it initially at 19.5 cents, and reiterating it as a buy at 40 cents in their last coverage.

My colleague Max McKegg also has a very favourable technical view on Praemium, which he believes has just completed a Continuation Head and Shoulders pattern, with a minimum upside target of 61 cents. He sees major targets beyond that at 85/86.5 cents and $1.22 (the January 2007 high). Time will tell!

This was driven by higher-than-budgeted mining rates at Independencia, which increased approximately 70% quarter-over-quarter to over 1,800 tons per day. The average silver grade increased 11% as a result of mining higher grade stopes in the Independencia deposit that became accessible following the installation of additional ground support during the prior quarter.

Silver and gold sales of 1.8 million ounces and 26,554 ounces, respectively, were in-line with production. Gold sales during the quarter included 9,400 ounces sold to Franco-Nevada at a price of $800 per ounce. Palmarejo’s full-year production guidance of 6.5 – 7.0 million silver ounces and 110,000 – 120,000 gold ounces remains unchanged.

The market was looking for more and Coeur Mining was sold down 5%. However we think an inflection point has been reached. The recent Canadian acquisition is set to significantly accelerate Coeur’s production profile and cashflow, and is expected to be EPS accretive from day one. Technically, Coeur has rallied off a very low base and we anticipate a significant breakout above $9.75/$9.80 by early 2018. We hold Coeur Mining in our Global and US Managed Account portfolios and in the Fat Prophets Global Contrarian Fund. 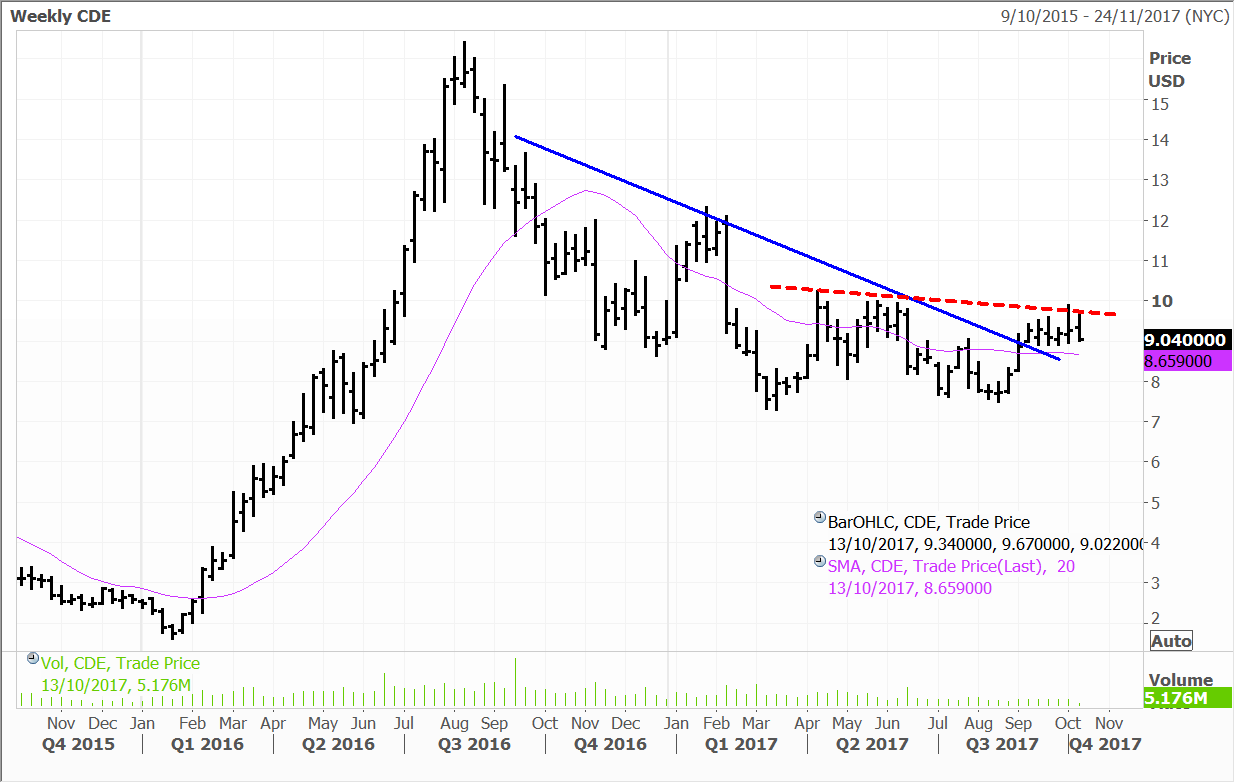 This is based on the data from TRAI’s My Speed website, which keeps a track of speeds from telecom providers in India. The TRAI data comes even as an OpenSignal report put Airtel at the top when it comes to 4G download speeds in India. This places Jio in a strong position to dominate India’s mobile market.

Rival Airtel, which is India’s largest telecom operator, saw its 4G mobile data speeds drop to 8.55 Mbps in August 2017 from 9.28 Mbps in July 2017. But Airtel was not the number two or three operator in terms of speed and came in at number four in the list, around 4G download speeds. We hold Reliance Industries in the UK and Asian Managed Account portfolios. Reliance Industries is a core holding in the Global Contrarian Fund. 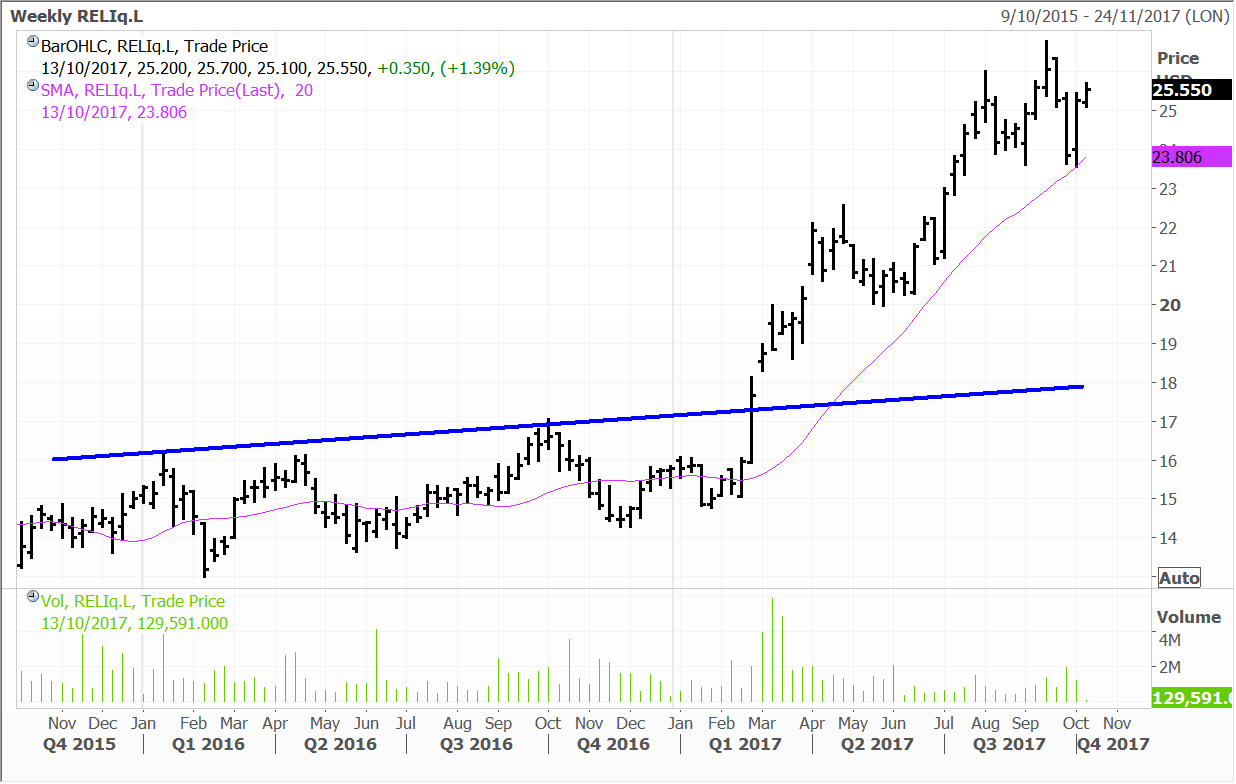 Telepizza is consolidating its presence in Czech Republic after converting all forty stores. Last March, Telepizza signed a Joint Venture Agreement with Forty’s Pizza, the leading pizza delivery company in the Czech Republic. This joint venture company has been led by Mr. Jakub Šlezar, founder of Forty’s Pizza. Telepizza’s plans for the country include 25 stores in 3 years.

Telepizza is the largest non-US-based pizza delivery company in the world by number of stores and the fourth largest global player in pizza delivery terms. Headquartered in Madrid, Spain, Telepizza operates in more than 20 countries through a network of own stores, franchisees and master franchisees, with 1,440 stores globally, including 469 own stores (33%) and 971 franchised and master franchised stores (67%) as of 30 June, 2017. The company is the market leader in core markets by number of stores, including number one in Spain, Portugal, Chile and Colombia and number two in Poland. Total sales within network amounted to €541.2 million in the twelve months ended 30 June 2017. 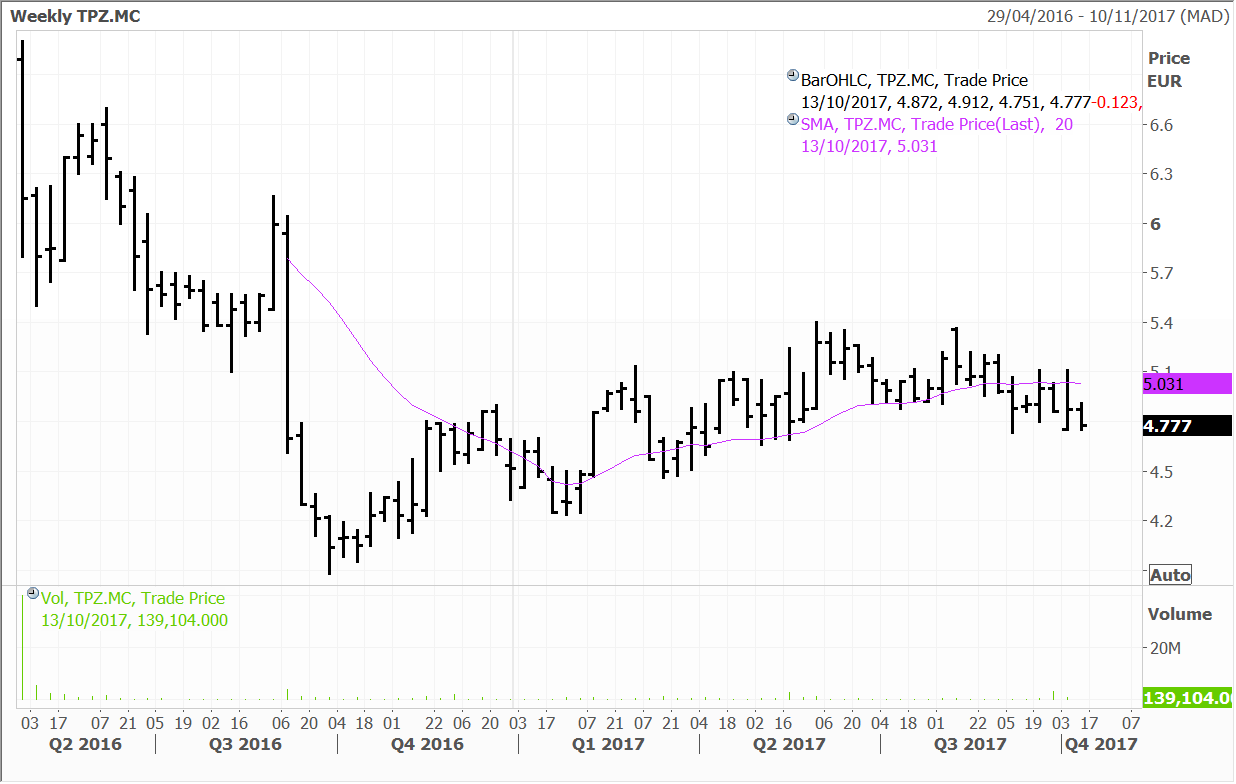