Gambling revenue in Macau grew 20.4% year-on-year to approximately 22.68 billion (US$2.8 billion) patacas in August, according to data released by the city’s Gaming Inspection and Coordination Bureau. That marked the 13th consecutive month that gross gaming revenue (GGR) grew year-on-year, firmly snapping an earlier streak of more than two years of declines. 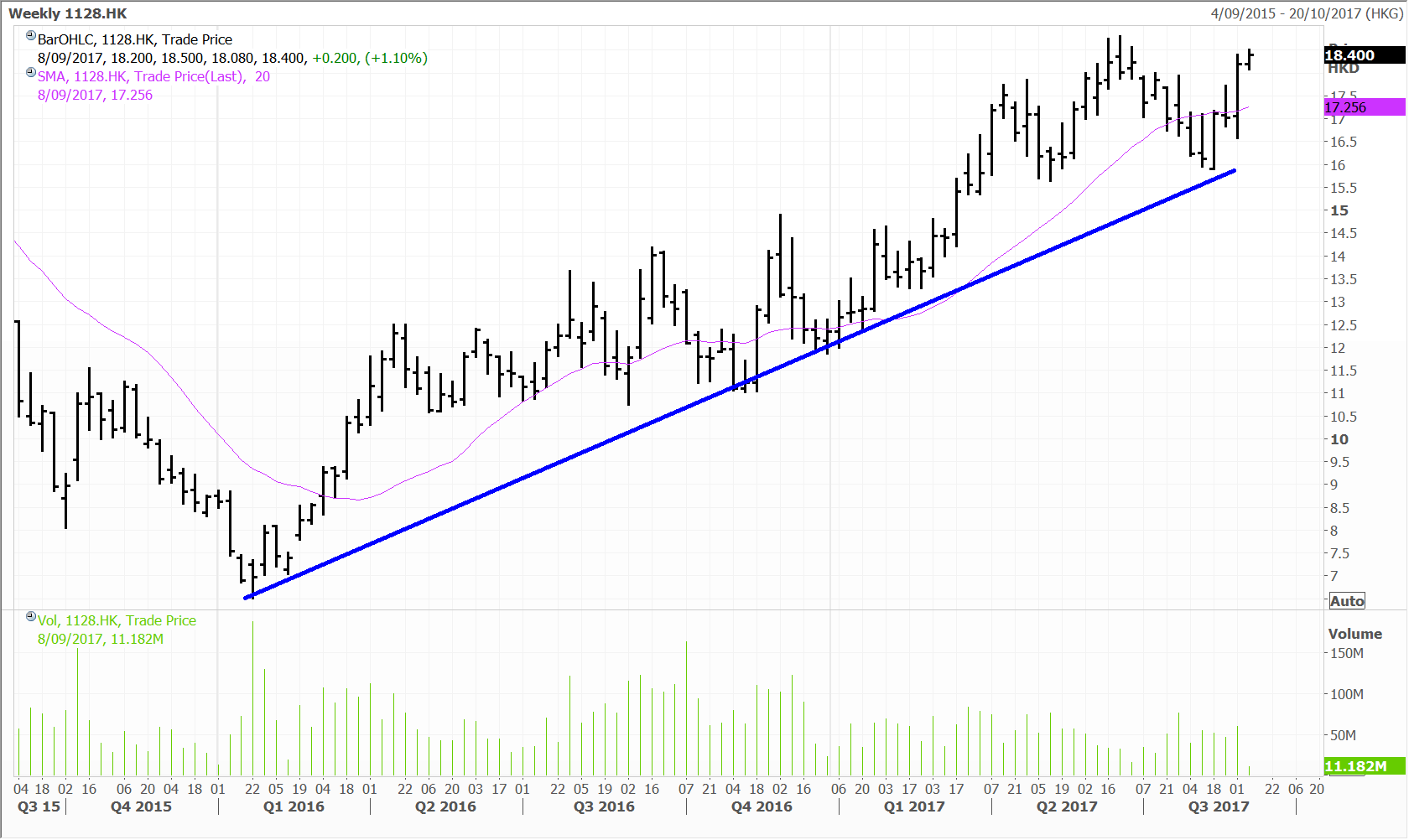 The sum would certainly have been higher, but for some disruption caused during the month by the powerful Typhoon Halo that struck Macau on August 23. This led to some hotels and casinos temporarily suspending operations due to damage, power cuts and interrupted water supply. Still, the 20% growth rate was above the downwardly revised consensus estimate of 18% growth.

Most expect the impact from Typhoon Halo will be fleeting, with preliminary figures from the Macau Government Tourism Office (MGTO) reporting that 410 tour groups from Mainland China were welcomed to the city over the weekend (September 2 and 3). China is the largest single source for visitors to Macau and this trend is set to accelerate in upcoming years in our view due to growth in the number of Chinese travelling, new infrastructure build-out and more ‘coming attractions’ in Macau.

The MGTO had earlier asked its tour agent partners to suspend group tours to give the city a little more time to recover from the Typhoon. With wind speeds of more than 200 kilometres an hour, Halo was the most powerful storm to hit Macau in a half century.

With Macau gambling revenue now having strung together more than a year of positive gains and the opening of Wynn Macau’s (late August 2016) and Sands China’s (September 2016) new resorts in the last third of 2016, the so-called monthly growth ‘comps’ will be a bit tougher over the rest of the year.

Still, with the cumulative tally of 172.02 billion patacas and a year-to-date gain sitting at 19.1% at the end of August, along with MGM China’s new Cotai-based resort set to open in the final quarter of 2017, we would still expect to see 2017 finish with a low double-digit increase in gaming revenue versus last year.

We have significant exposure to the positive trends in Macau via holdings in the Hong Kong listed casino operators Wynn Macau, MGM China and Sands China in the Fat Prophets Global Contrarian Fund and the Global Opportunities and Asian Managed Account Portfolios. Over the past twelve months they have chalked up gains of 55%, 32% and 14% respectively. We also hold Nasdaq-listed parent Wynn Resorts in the Global and US Managed Account portfolios, which as of Monday was up 53% over the past year.