US equity markets were mixed on Wednesday with the Dow Jones closing virtually flat at 23,551 while the S&P 500 and the Nasdaq rose 0.12% and 0.25% respectively. Rising doubts over the timing of the Republicans’ plan to cut corporate taxes passing through congress weighed on the markets.

Banks and financial stocks came under further pressure as the yield curve flattened with the yield on 30 year T Bond falling, and the 10 year climbing. The spread has narrowed considerably in recent weeks and this ties directly into the push back of the plan to cut taxes, with doubts mounting on the Trump reflation trade.

In Australia, the ASX200 managed to hold on above the 6000 mark on Wednesday. The benchmark index finished up a couple of points at 6016, with a good first quarter result from CBA boosting sentiment. The resource sector was weaker on softer Chinese export numbers, although a breather was probably needed after recent strong gains, so some consolidation would be healthy.

We do think that the resource sector is going higher next year but as I wrote yesterday, it will be the financials that will be needed to provide the real impetus to push the ASX beyond 6000. If the two sectors perform in tandem 6200/6300 on the ASX200 may not be out of the question before the year is over.

Praemium itself rose another 2.5% yesterday, and is back near decade highs. There was no news on the stock, but what is good for the stock market (with yesterday’s rise) is also good ultimately for the company’s Funds under administration and bottom line. We continue to like the operating leverage story and thematic, as well as the international turnaround exposure at the company’s UK business.

Morgan Stanley has raised its target price for Wynn Macau to HK$28 from HK$24, and maintained its “overweight” rating. The investment bank believes a new upcycle has started, and expects revenue to compound 10% through 2022 driven by infrastructure and rising spending growth. This should generate investor returns of a 20% CAGR, supported by a smooth license renewal and a surge in capital returns as capex peaked in 2017. Morgan Stanley increased its 2018 GGR growth forecast to 11% and in 2019 to 12%, way ahead of consensus estimates for 2018/19 by 2% and 4% respectively.

Morgan Stanley believes that Wynn Macau should continue to gain VIP and mass market share as Wynn Palace continues to ramp up. Despite solid growth over the past year, Morgan Stanley believes that Wynn Palace is not fully ramped up yet after the casino operator grew EBITDA by 82% year-on-year in the third quarter. They also believe Wynn will sustain a high dividend payout ratio of around 100%, implying a 6% dividend yield in 2019 driven by 8% FCFE yield. Wynn Macau is a top 5 holding in the Fat Prophets Global Contrarian Fund, and in the Global Opportunities and Asian Managed account portfolios. 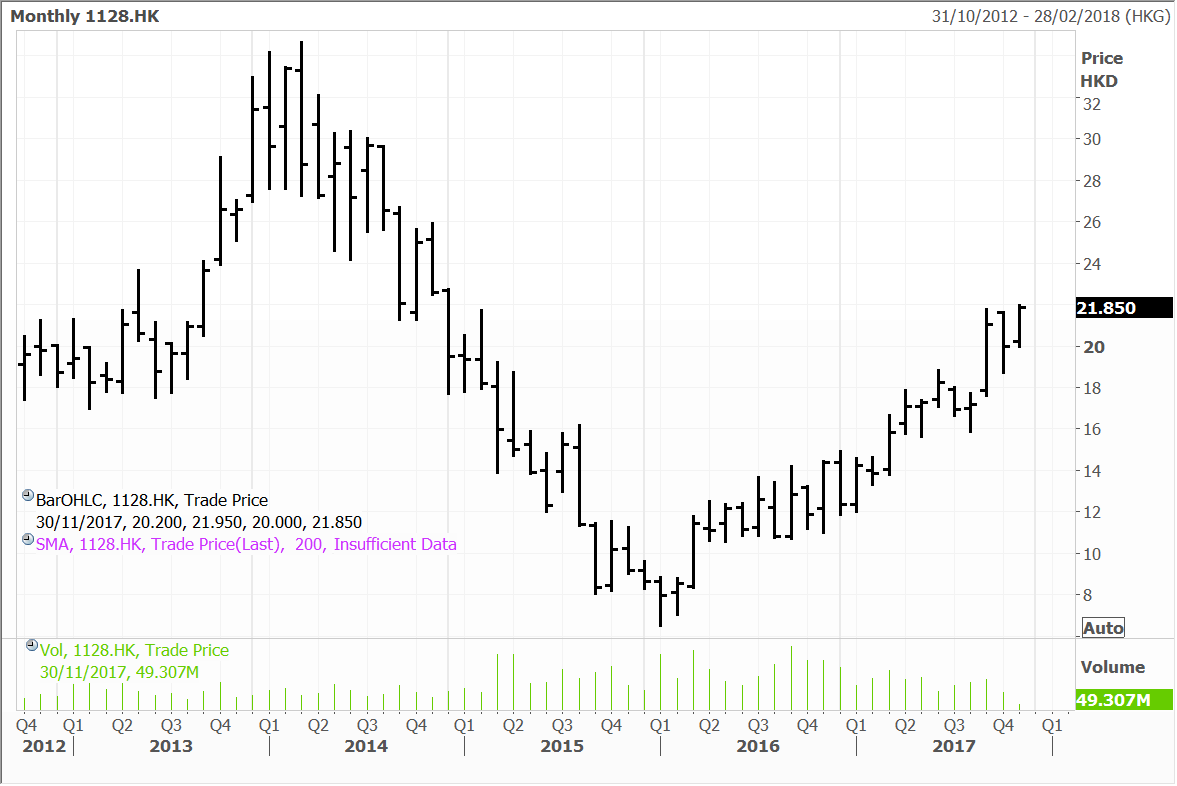 Shares om Japanese robotics manufacturer Fanuc were up 0.69% with this extending gains as the shares have experienced a significant positive rerating since September this year. As we have mentioned here previously the company reported strong second quarter sales which were up 38% year on year to ¥179.1 billion and raised full year guidance for sales of ¥693 billion and an operating profit of ¥209 billion.

Deutsche Bank recently released a note saying that the full year result could be even higher than this given that the company’s forex assumptions remain conservative. Japanese shares are starting to come back onto the radar of large fund managers with Goldman Sachs and Blackrock both recently pumping billions of dollars into Japanese equities according to Reuters. This should provide further tailwinds for the Nikkei. 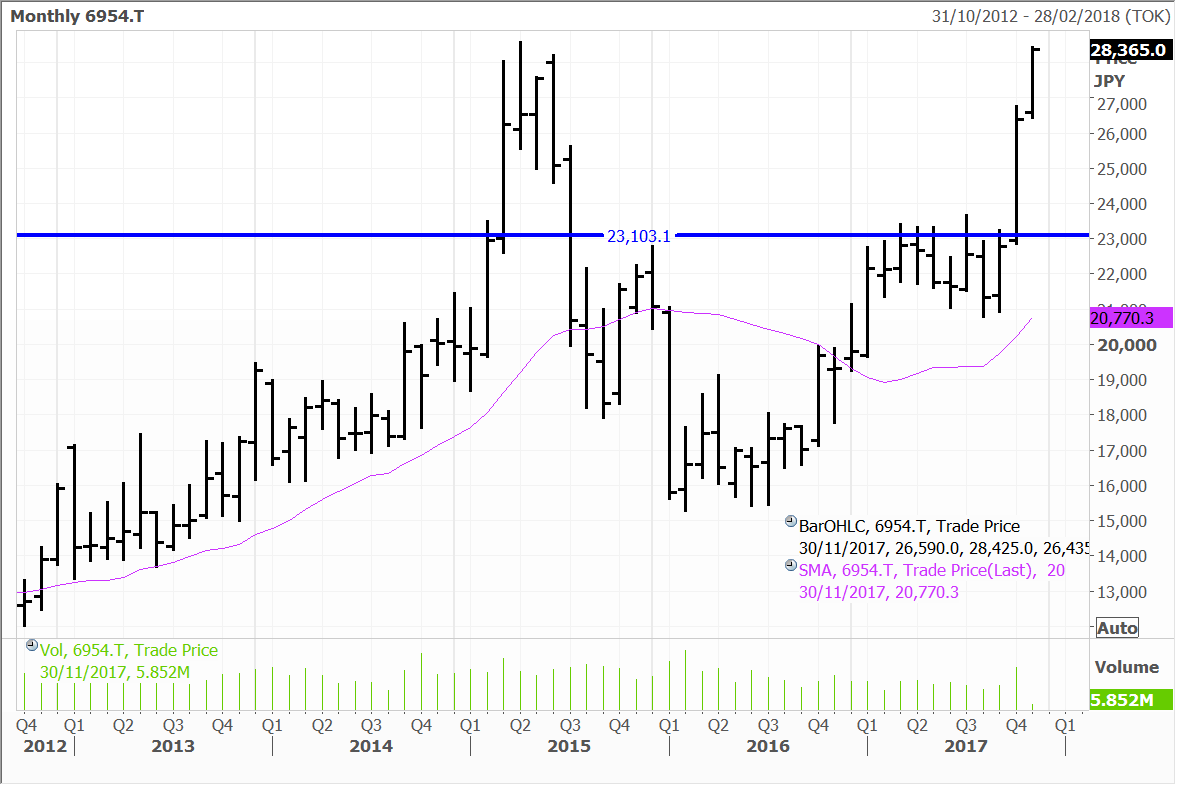 German cement business Heidelberg popped 6.6% on Wednesday after the CEO reported the best ever month for cement sales in October which were up 7.5%.  The company is forecasting 3 – 4 percent growth in the US building materials market in 2018 and has lifted its job-cut target to 4,150 as it implements a restructuring which should bode well for the bottom line, with €254 million in cost cuts achieved this year.

The company’s third quarter numbers showed sales rose 19% year on year for the first nine months to €13 billion. Its cement and clinker sales volumes rose by 29.2% to 94.4 Mt from 73Mt or 0.3% on a like-for-like basis, with the company assimilating a $4 billion takeover of Italcementi in 2016.

Net profit surged 42 percent over the quarter to €481 million on a 5 percent rise in operating income to €1.06 billion, which was ahead of analyst estimates. The acquisition of Italicementi is clearly having a positive impact on earnings and Heidelberg has confirmed its 2017 outlook for mid-single to double digit percentage growth in operating income. We recently added Heidelberg Cement to the Contrarian Fund. 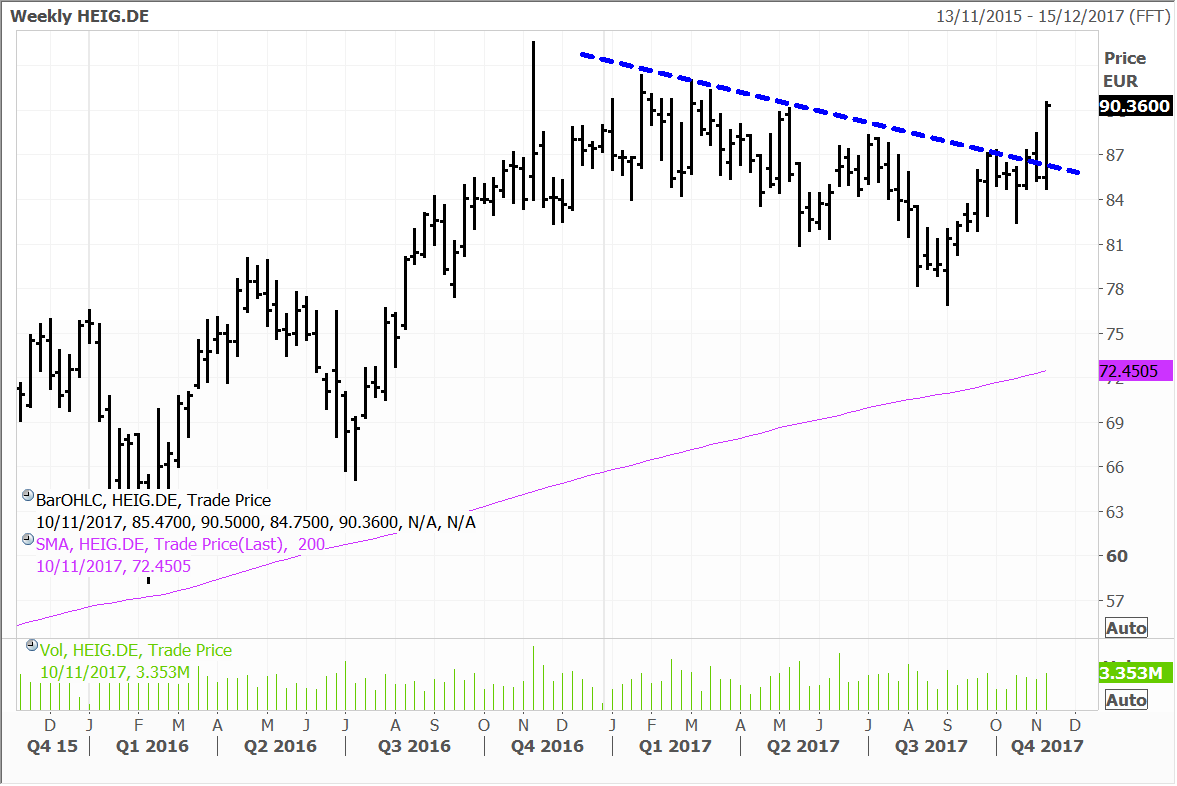