US equity markets were mixed on Monday, but the Nasdaq made new record highs whilst the Dow Jones and S&P500 were down 0.27% and 0.17% respectively. It is going to be an important week for the technology sector with the likes of Alphabet and Baidu all reporting.

Alphabet actually reported after the bell, and beat expectations on quarterly revenue and earnings. Revenues in Q2 rose 21% to $26 billion and were ahead of expectations at $25.65 billion. Earnings per share (EPS) of $5.01 beat the average estimate of $4.49. EPS would in fact have been $8.90, but the company took a $2.7 billion EU anti-trust fine in one hit. Overall, I think it was a very solid result, and while Alphabet was weaker in after-hours trading, some profit taking after the release should not surprise – the shares are up around 25% year to date. 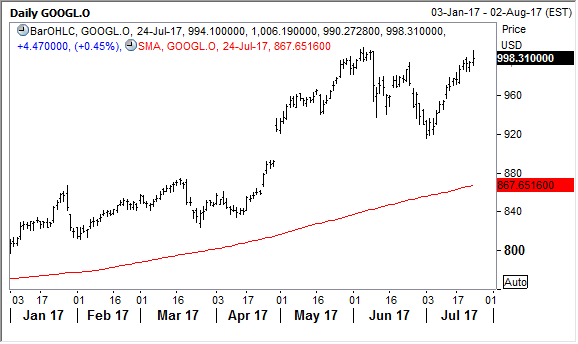 The estate of Michael Jackson and Sony/ATV Music Publishing have inked a long-term deal to extend Sony/ATV’s global administration of the Mijac Music catalogue, beating out other industry competitors. Mijac Music was founded by Michael Jackson in 1980 as his personal publishing company. Besides owning all the songs written by the “King of Pop,” Jackson soon began acquiring other iconic titles from different artists.

Jackson’s first acquisition in 1983 was the songs of Sylvester Stewart, aka Sly Stone, which include “Dance to the Music,” “Everybody is a Star,” “Hot Fun in the Summertime,” and others. Mijac Music continued to expand its catalogue with numerous other hits from other artists including the titles, “Shake, Rattle and Roll,” “When a Man Loves a Woman,” “Great Balls of Fire,” “Mr. Bojangles,” and “Sixteen Candles.”

Of course, everyone who was around in the 1980s and 1990s has their own favourite Michael Jackson song that made him the undisputed King of Pop. His catalogue includes all the usual suspects such as “Thriller,” “Beat It,” “Billie Jean,” “The Way You Make Me Feel,” and “Man in The Mirror,” to name a few. 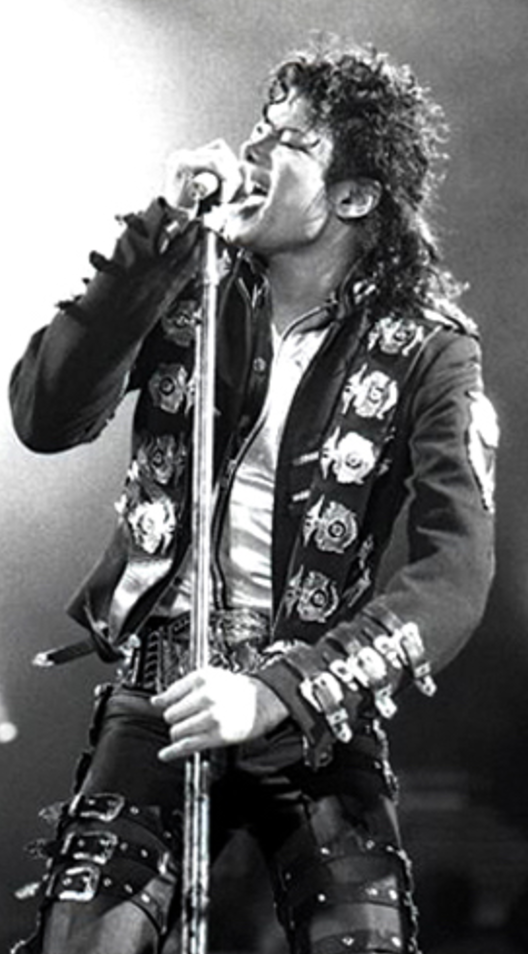 John Branca and John McClain, co-executors of the Michael Jackson Estate, said of the newly announced deal, “The incredible songs in the Mijac Music catalogue showcase Michael’s creative genius as a songwriter and further, his acumen in understanding the creative and commercial value of these acclaimed third party songs. We trust in Martin Bandier’s leadership and his team. The music of the greatest entertainer that ever lived, Michael Jackson, is in the hands of the #1 publishing company in the world.”

Sony/ ATV is the world’s biggest music publishing business, which was earlier jointly owned (50:50) by Sony and Michael Jackson since 1995, and the late King of Pop’s estate since his death in 2009. Last year Sony bought out the Jackson Estate’s 50% share in Sony/ATV for $750 million. Sony is a core holding in the Global Opportunities and Asian Managed Account Portfolios. We also hold Sony in the Fat Prophets Global Contrarian Fund.

The Sony/ATV catalogue’s crown jewel is the rights to many of the classic songs by The Beatles, whom lost control of much of their work relatively early on. The publishing business also has rights to a raft of other songs from the Rolling Stones, Marvin Gaye, Bob Dylan, Queen and Sting to name just a few. Its right to works from more recent artists includes Akon, Alicia Keys, Kayne West, Lady Gaga, Pharrell Williams and Taylor Swift amongst numerous others.

Disclosure: The Fat Prophets Contrarian Fund declares a holding in Baidu and Sony.