US equity markets came under pressure on Thursday after delays to the Trump Administrations tax cuts are all but a certainty. Things “could have been worse”.  At one stage the Dow was down over 220 points but rallied later in the session to finish above intraday lows. This says to me that the tax cut delays have been somewhat anticipated by the markets and already priced in. Having said that, a corrective pause would be very healthy for markets at this time and put a check on some of the complacency that is beginning to creep in.

Bill Cassidy, a member of the Senate Finance Committee, said that the Senate tax proposal will delay a corporate tax cut by one year to 2019. A US Senate tax-cut bill, differing from one already in the House of Representatives, was expected to be unveiled and this will complicate the tax overhaul plan by the Trump administration.

The Dow Jones closed down 127 points, or 0.54%, while the S&P 500 and Nasdaq dropped 0.52% and 0.86% respectively. The US Indices – along with much of the world – have become overextended in recent weeks. A correction is therefore to be expected and would be a healthy outcome to what has been one of the longest consecutive rises (accompanied by low volatility). 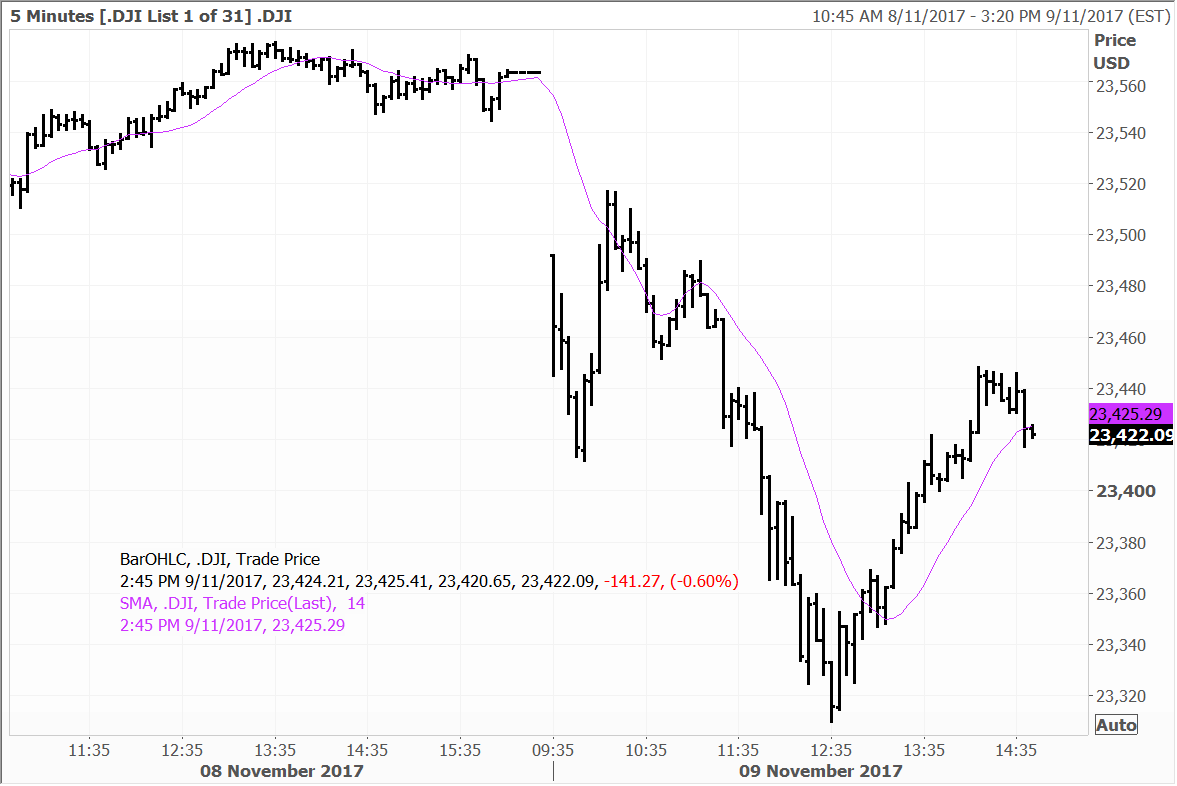 Total Spanish chain sales rose by 8.6% in the third quarter while core international chain sales rose by 13%. Underlying EBITDA profit improved by 3.1% in the third quarter on a year ago to 3.1%. The gross profit margin declined in Spain due to raw material price increases and a new commercial policy in non-delivery. The group opened 59 new stores in the first nine months of 2017 to take the total to 1,448 worldwide. 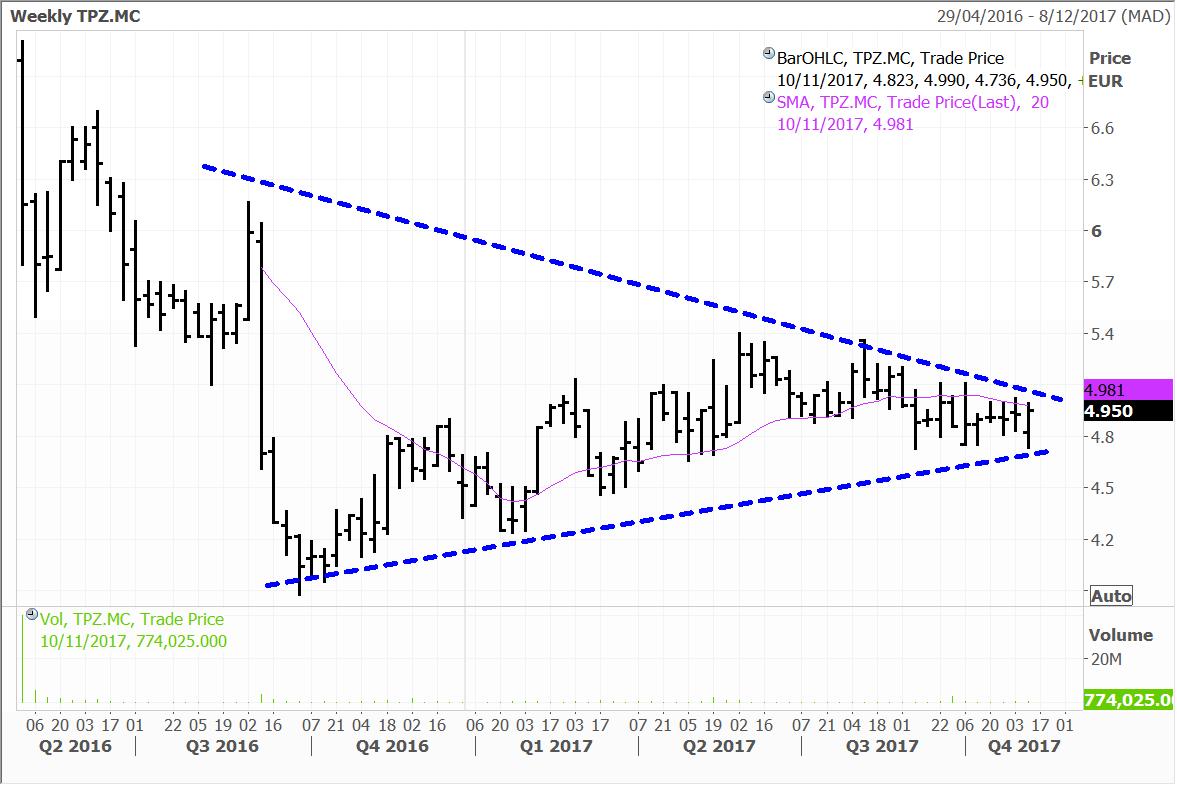 Their sensors products are widely used in tablet devices, smartphones, game consoles, industrial equipment and automotive and is a segment seeing strong demand growth driven by improving technology, the ‘internet of things’ and as incomes rise in developing countries. 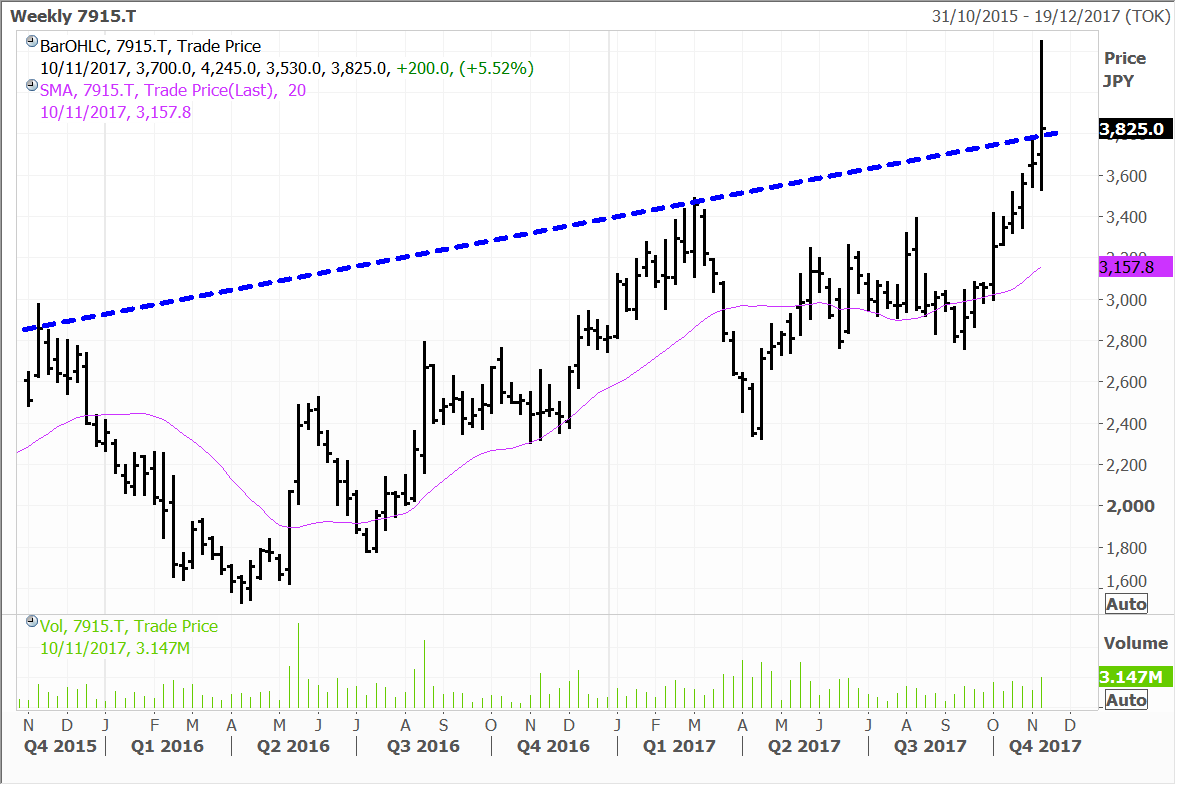 The company released its September quarter result with net sales up 56% to reach a record high of ¥57.9 billion and a net profit of ¥2.4 billion. This is a significant turnaround for the company which recorded a ¥554 million loss in the comparable period a year earlier. While all business segments saw growth over the quarter it was the device segment that shone the brightest with net sales up an impressive 112% year on year. We expect this trend to continue as touch screens become more ubiquitous in electronic products. 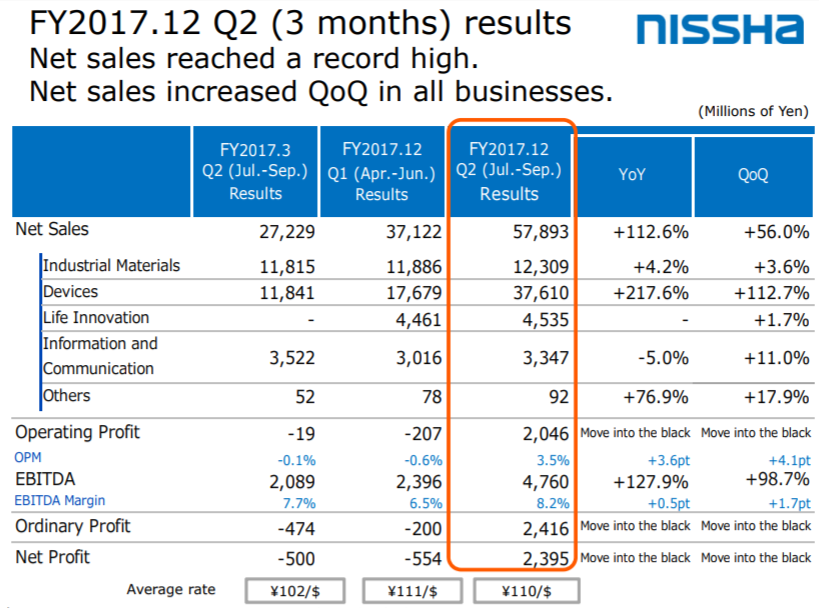 Japanese machine and electrical component manufacturer Minebea Mitsumi also jumped, up 9.56% on the release of its September quarter numbers with net sales, operating income and net income all hitting quarterly record highs. Net sales were up 52.3% year on year to ¥235.8 billion while net income per share was up 87%.

Strong demand for the company’s electrical components in particular has underpinned a 38.5% upward revision of its full year net profit forecast to ¥57 billion ($500 million). Minebea Mitsumi is the result of a merger in January 2017 between Mitsumi Electric and Minebea Co. with the merged company focused on cost reductions and the development of high value-added products and new technologies to drive profitability. 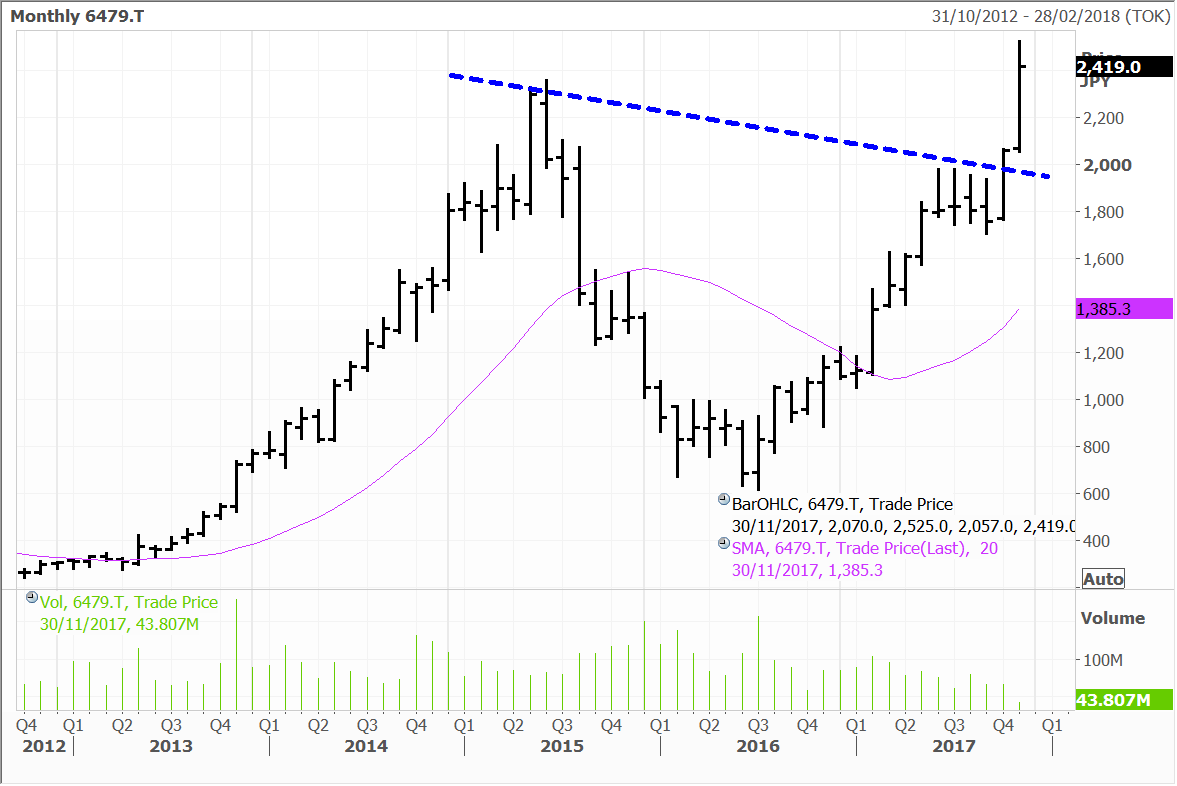