A robust resource & energy sector will be a strong tailwind for the ASX in our view. We believe that the ASX can reach 6600 during the course of this this year, and indeed within a few years, challenge the previous all-time highs. Key predictions #5 through #7 are included at the end of this note.

The gold sector should also do well this year as inflationary pressures build, and there was certainly some strong buying on Monday. A weaker US$ and remarks by Donald Trump over Iran, drove sentiment with gold prices hitting a 4-month high. If our prediction that the cryptocurrency trade unwinds heavily this year plays out, then this should also be positive for gold and its safe haven attributes.

Evolution was one of the shining lights, with a 6.6% gain to $2.73. The company remains one of the best in breed in the sector in our view. 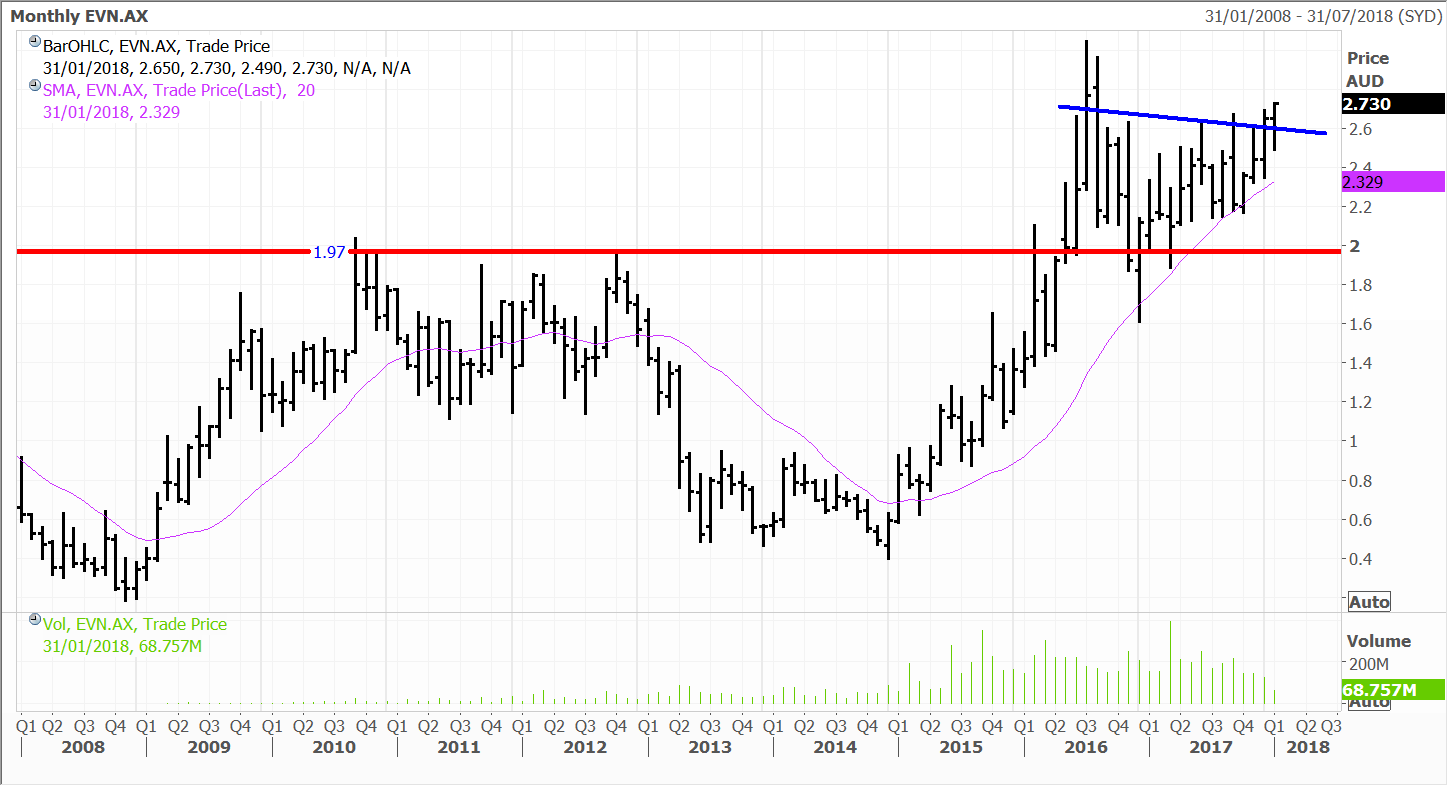 Precious metals generally should do well, which bodes well for the likes of diversified producer South32 which owns the large Cannington Silver mine. The stock rallied 2.6% on Monday. We added South32 around the lows in early 2016, and it has performed strongly for us since. 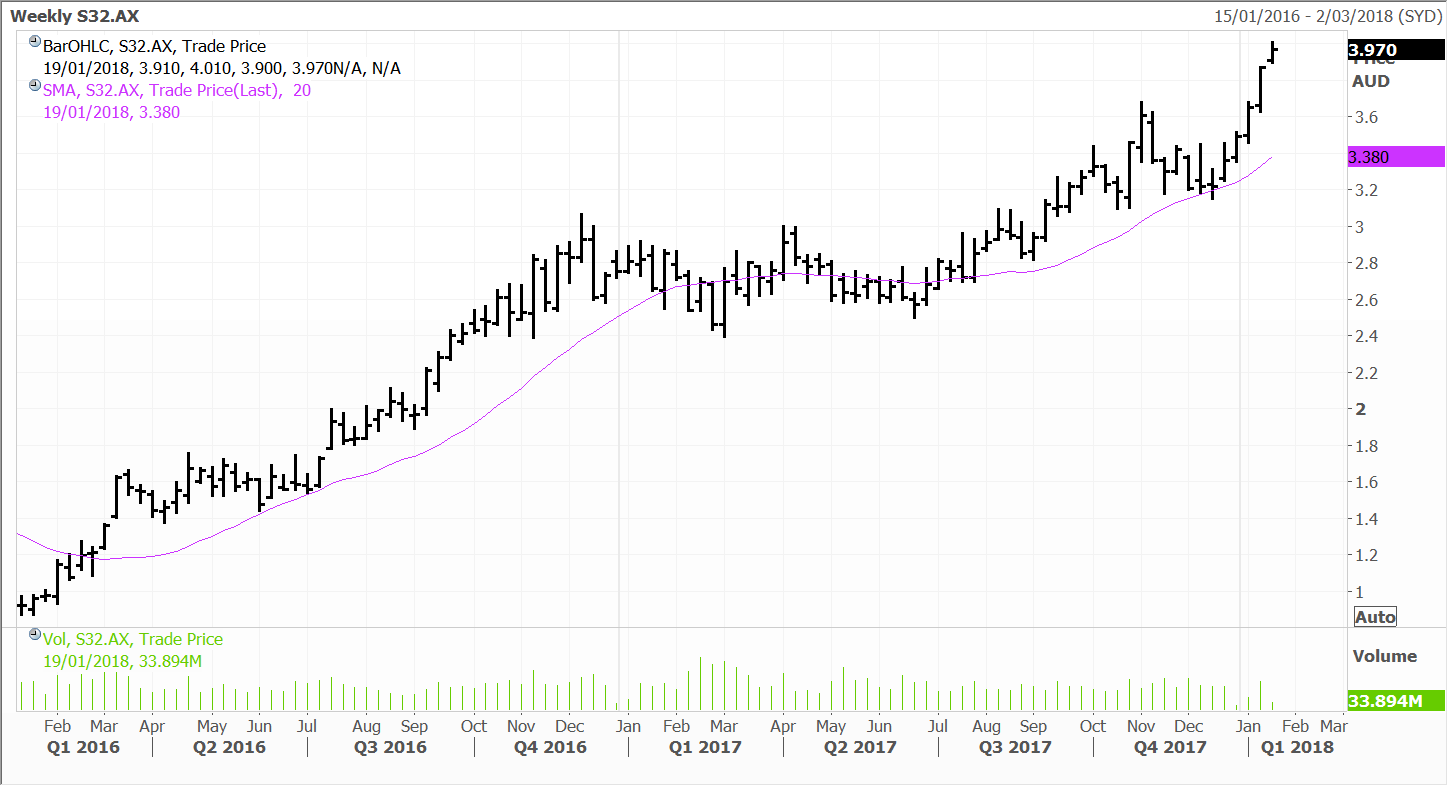 ICICI Bank shares were up by 2.25% with Morgan Stanley hiking its price target on the stock to 480 rupees from 365. The brokerage firm is positive on Indian banks in 2018 but believes ICICI bank offers the best risk-reward over the near term with a potential for a greater than 50% potential return saying, ‘no other large cap bank offers more than 50% upside after a strong 2017’. We have been bullish on Asian banks for some time and hold ICICI bank along with a number of other Indian and Japanese lenders in the Contrarian Fund, Global Opportunities and Asian Managed Account portfolios. 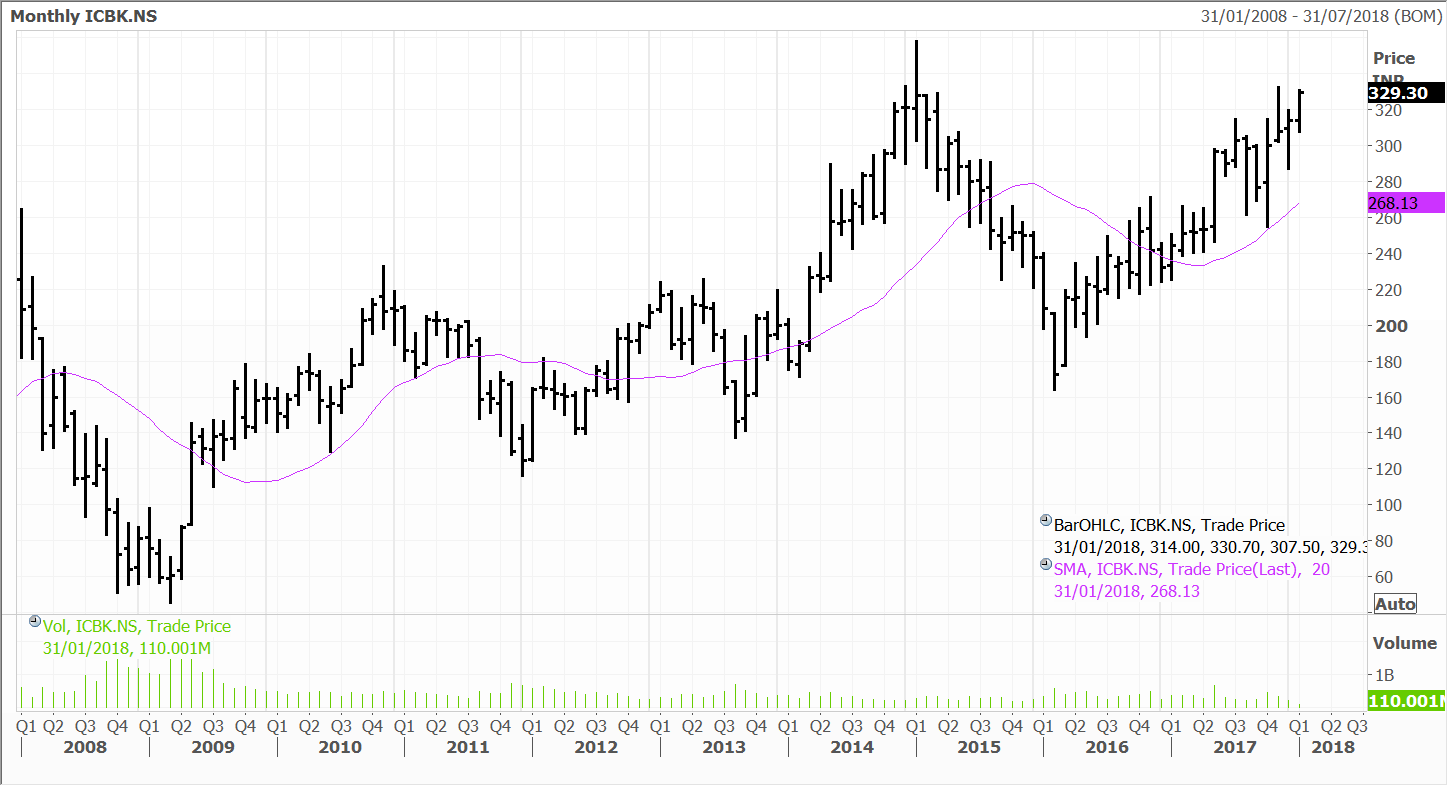 This Chinese government’s push for its citizens to switch from coal to gas heating this winter to improve air quality has seen gas demand soar in East and North China. This is creating a supply shortage which is impacting industry, with fertiliser companies having to halt production of urea and synthetic ammonia to ensure supplies of natural gas to households in the north, seeing fertiliser supplies tighten and a spike in prices.

Oil and Gas major CNOOC is making every effort to ease the gas shortage by delivering 5,226 tons of LNG to the North over the month to January 8. The daily gas supply of Tianjin LNG exceeded 20 million tons for the first time on December 4 and Zhejiang LNG supplied 3 million tons of volume as of 25 November 2017 which was up by 80% compared to the same period last year. The shift towards greener energy in China has the potential to create a seismic shift in the energy market in areas like coal and LNG. We hold CNOOC in the Contrarian Fund. 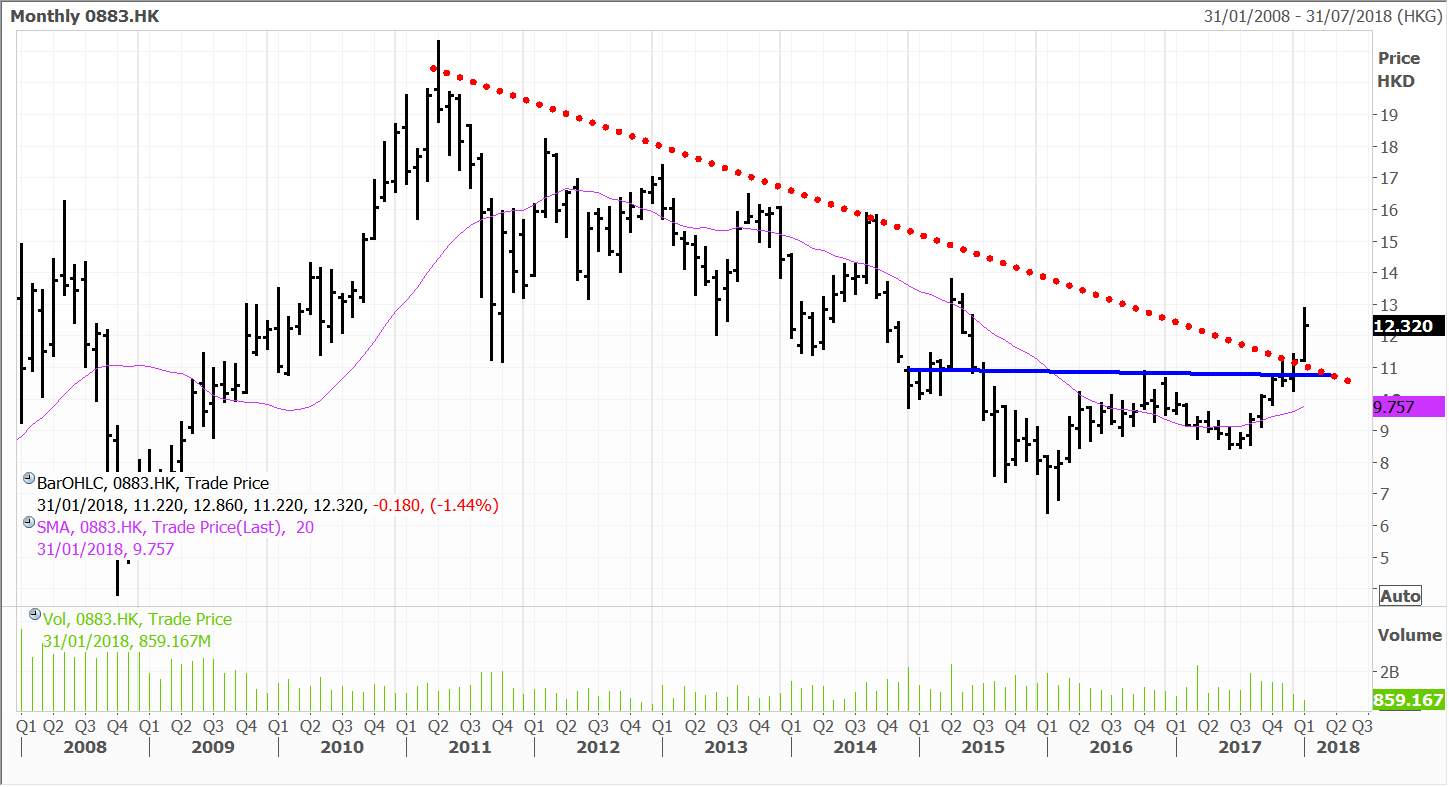 Some of the biggest positive movers of the medium to larger market capitalisation stocks listed in Hong Kong yesterday were the Macau casino operators. Sands China shares led the way with a 5.5% pop, followed by MGM China, rising 4.7% and Wynn Macau, up 3.6%. We hold these stocks in the Global Contrarian Fund, as well as in the Global Opportunities and Asian portfolios. 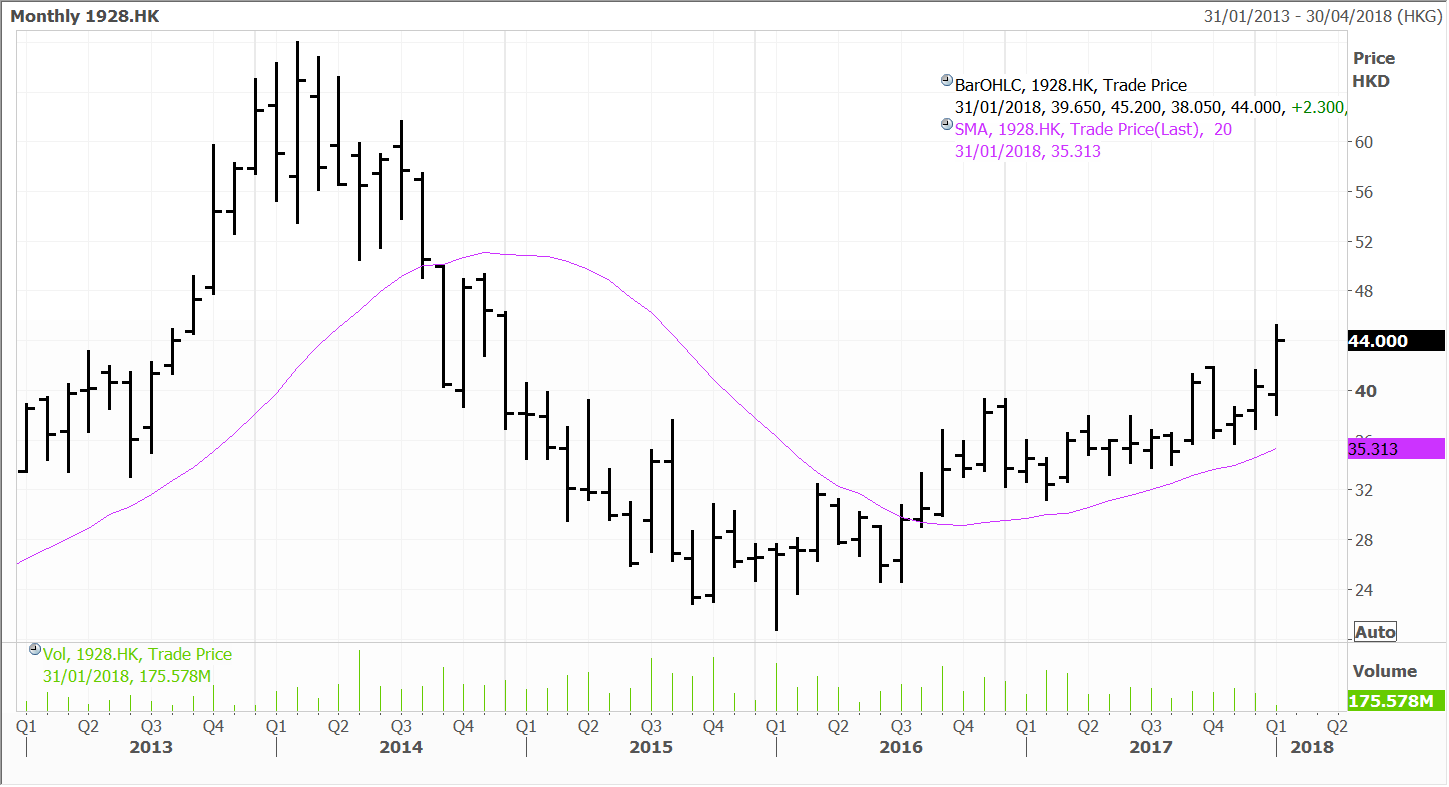 Providing the impetus for the stocks in the sector yesterday, was reportedly an upgrade of Sands China by Chinese investment bank CICC (China International Capital Corp.), due to increasing mass market demand.

Sands China has the broadest footprint catering to the mass market of any of the Macau casino operators. Adding fuel to the fire was reportedly a bullish note from brokerage Sanford C. Bernstein, saying this month’s year-on-year growth rate in gaming revenue could be the strongest since July 2017, when gaming revenue surged 29% year-on-year. January 2018 is up against a relatively modest comparison from January 2017, but if Bernstein’s new target range of 22-24% year-on-year growth is achieved, it would be game-on for these stocks.

As discussed in some detail in yesterday’s Daily correspondence with Members, for a long time I have believed that the shift in Macau towards becoming a destination to attract a wider range of customers will pay dividends, like the transformation Las Vegas undertook in years past.

China’s outbound tourism is expected to grow at a double-digit pace for many years, yet the percentage of Chinese with passports is still quite low and spending power of the middle class is growing. Combined with new infrastructure build and the new and yet to be opened attractions in Macau and its appeal as a tourism and gambling destination is compelling. Mass market gaming is higher margin than VIP play and is generally accompanied by significant non-gaming spending.

Macau is also well placed due to enjoying the “one country, two systems” blueprint, proximity to China and the Chinese affinity for gambling, restrained by an official ban on gambling in the mainland.

Fat Prophets bullish call on the Macau casino players was well before most of the big investment banks turned positive on the theme. It has also proved lucrative with solid to stellar returns on the Hong Kong-listed casino operators and Wynn Resorts over the past year.

Other recent data points have been supportive for the Macau casino operators. As discussed in detail yesterday, gaming revenues were up again in December and 2017 gaming revenues finished the year some 19.1% higher than in 2016. It was the first annual increase after three years of declines – including a bruising 2015 when gaming revenue fell by more than a third.

2018 calendar New Year tourist arrivals were up 9% year-on-year and Macau airport expects to complete further infrastructure upgrades to boost passenger capacity. The pieces of the puzzle for the Macau casino operators are coming together nicely.

Interestingly, other relatively strong gainers yesterday were the Japan-listed robotics and automation titans, Fanuc (+0.9%) and Yaskawa Electric (+2.2%), continuing the momentum they exhibited last Friday, which we also touched on in yesterday’s correspondence. Fanuc is a holding in the Global Contrarian Fund and the Global Opportunities and Asian portfolios. Yaskawa is held in the Asian portfolios. They are both poised to enjoy continued strong demand for their labour saving products.