The Federal Reserve delivered its verdict at the conclusion of the FOMC on Wednesday, raising interest rates by 25 basis points and leaving the trajectory of future increases in line with current expectations. What’s more the Fed left the trajectory for rate rises in 2019 and 2020 also unchanged. This was totally in line with what the markets were looking for and explains why bond yields and US stock indices did not move. Perhaps more perplexing to the markets was the fact that the US dollar dropped, despite the Fed citing confidence in the “strong outlook for the economy”.

The “dichotomy of a strong economy” and a weak dollar is the clearest indicator yet that all is not right in Kansas. Gold lifted by $33 today to close at $1330 and as I have been writing regularly in these notes, I believe it is only a matter of time before gold breaks through resistance and has a significant run to the upside. The fundamental foundations and economic conditions are all in place with the ‘ducks lining up’. 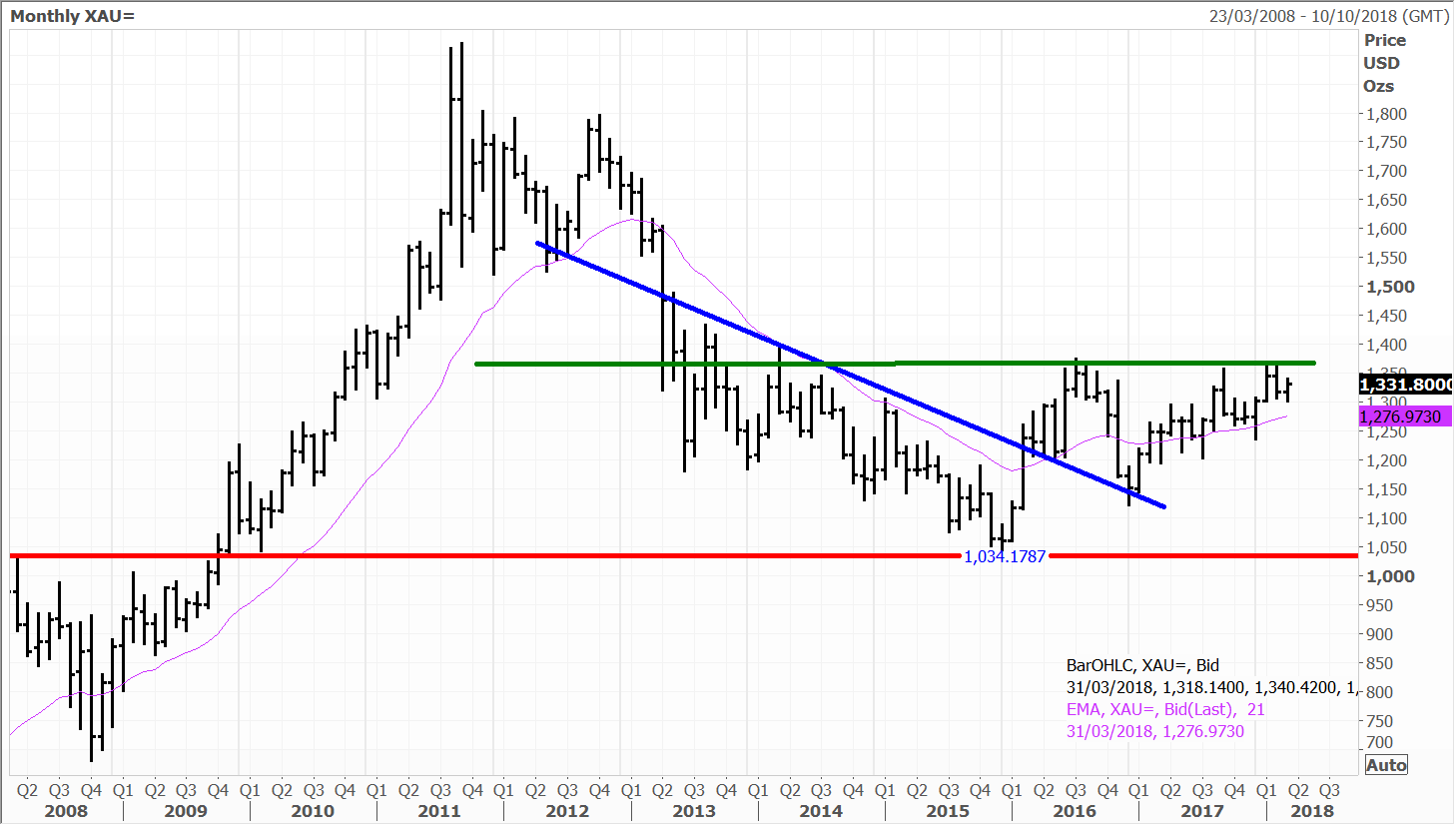 Today it seems the dollar is being driven less by the prospects of rising interest rate differentials with the rest of the world and more from concerns over rising deficits following the tax cuts, rising fiscal spending and of course a sharp increase in bond issuance by the US government to finance all of this. The US National Debt is on course to rise well above $20 trillion in the next five years – this is a fivefold increase from when Bush took office in 2000 and a tenfold increase from under when Clinton started.

European stocks drifted between gains and losses for much of Wednesday with investors waiting on more cues from the Federal Reserve. They closed modestly lower, with the pan-European Stoxx 600 down 0.16% for the day, and the Euro Stoxx 50 index of eurozone blue-chip stocks off 0.33%.

In corporate news and movers, automaker BMW reported 4Q17 earnings before tax surged to €2.17 billion and group revenues were up 4%, leading to a 1.1% advance in the stock. Competitor Volkswagen, which recently outlined plans for huge push into EV (electric vehicle) production also gained, to the tune of 1.2%.

The London Stock Exchange gained 2.8% on a broker upgrade while the dominant resource sector recouped some ground from the day before, with BHP Billiton up 1.9%, Randgold tacking on 0.3%, Glencore advancing 0.8% and Fresnillo closing 1.5% higher.  BHP Billiton, Randgold and Fresnillo are held in the managed account portfolios. London Stock Exchange and Glencore are recommended by the research team.

Asian stocks drifted down in trading Wednesday ahead of the Federal Reserve interest rate decision. The Japan market was closed for a public holiday. The Shanghai Composite shed 0.29% and the benchmark Hong Kong index lost 0.43%. It was a quiet day on the regional economic front.

Hong Kong-listed property developer China Overseas Land & Investment surged 4.2%, while oil and gas major CNOOC gained 1.9%. Insurers lost ground with both PICC and Ping An Insurance down 2.2% and 3.2% respectively. The Macau casino operators were mixed, with MGM China and Sands China down 0.5% and 1.7% respectively, while Wynn Macau eked out a 0.4% gain.  CNOOC, MGM, Sands and Wynn Macau are held in the Global Contrarian Fund. China Overseas Land & Investment, PICC and Ping An are holdings in the managed account portfolios.

We believe the global agricultural sector will outperform in the years ahead. Nufarm was one of the standouts yesterday, with a rise of 5.5% after a strong interim result. First-half revenue rose 7.4% to $1.46 billion from a year ago – this was particularly encouraging given industry growth has been modest, suggesting Nufarm has grabbed market share. There was a strong performance across most of the company’s regions, with North America, Europe and Asia contributing to the growth story. The seeds business also chimed in solidly.

Underlying earnings before interest, tax and amortisation was 4% lower at $123.2 million, but this was in line with guidance. Shutdowns associated with a planned upgrade of a manufacturing plant in Victoria along with challenging climate and pricing conditions in Latin America, impacted first half earnings, while acquisition expenses also featured.

Management though are forecasting full-year earnings growth of 5 to 10%. Sales and earnings are weighted to the second half of the fiscal year, when the major cropping seasons in Australia, North America and Europe take place.

The outlook for Nufarm is going to strengthen further in my view, and our analyst team have flagged how recent acquisitions (totalling some US$575 million) are going to turbo-charge the company’s proposition in Europe. CEO Greg Hunt said that the company is on target to deliver $116 million in performance improvements by the end of FY2018.

The CEO also sees an ongoing opportunity as the farming sector globally engages in some ‘belt tightening.’ This is as Nufarm can offer lower cost alternatives to the patented crop protection products of rivals. Strong harvests in many regions (and despite challenging weather patterns) have taken their toll and the CEO noted that “typically when farmers are doing it tough, they don’t spend as much money on capital equipment, they don’t spend as much on crop protection and fertiliser, so we have been a beneficiary of that.”

In addition to Europe, Nufarm is also well placed in Latin America, and in Brazil which is now the largest crop protection market in the world, and despite recent dry conditions. Mr Hunt also stated that “We still see Brazil delivering in line with the same time last year – Latin America is moving toward a one billion dollar business for us,”

Nufarm has certainly been able to take advantage of M&A activity in the crop protection sector, with some savvy acquisitions. These will only bolster the leverage to a powerful macro thematic. The world’s population is growing, and with it the demand for food, while the availability of arable land is only going to decline. We are some way from being able to ‘pop a pill’ to meet our dietary and nutritional requirements, so therefore agricultural yields are going to have to rise, increasing the demand for crop protection products.

We hold Nufarm in the Concentrated Australian and Small-Mid-cap models, and recently established a position in the Global Contrarian Fund. Our analyst team have rated the stock as a high conviction buy. This is the ‘second coming’ of Nufarm into their portfolio, with the analyst team issuing a sell call at $15 prior to the onset of the GFC. They put a buy back on the stock at $7.30 in 2016. 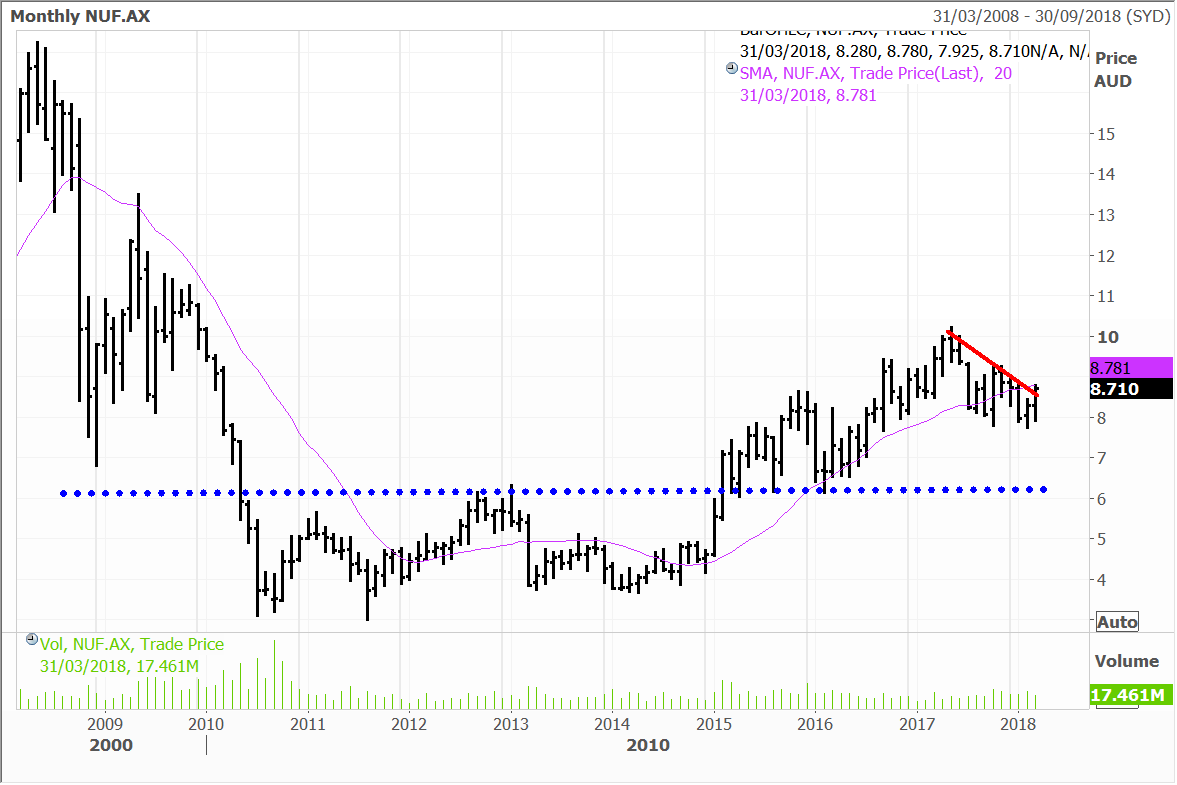 There was also a question about QBE Insurance at the webinar, and the stock certainly continues to frustrate. Downside though in my view is limited given the stock’s valuation and discount to peers, however QBE broke down through long term support yesterday.

The issue is going to be time – and just how long it will take for the nee CEO to turn the company around. The market has certainly long since lost patience with QBE, and this is reflected in the valuation which is at a significant discount to international peers. Which raises the prospects of QBE being a takeover target.

Whilst our view is that rising interest rates and inflation, not to mention improving margins in the insurance market, will provide a significant boost to investment income and premium growth, this may take some time to play out. Meanwhile the prospects of a corporate takeover are increasing by the day.

New CEO Pat Regan has done some early write offs, but the markets patience for a turnaround is now very short. In an interview yesterday, he admitted that sceptical investors are looking for “proof points” before delivering judgment on the success of a new strategy following eight successive profit downgrades. That certainly is a fair point and a pragmatic one. 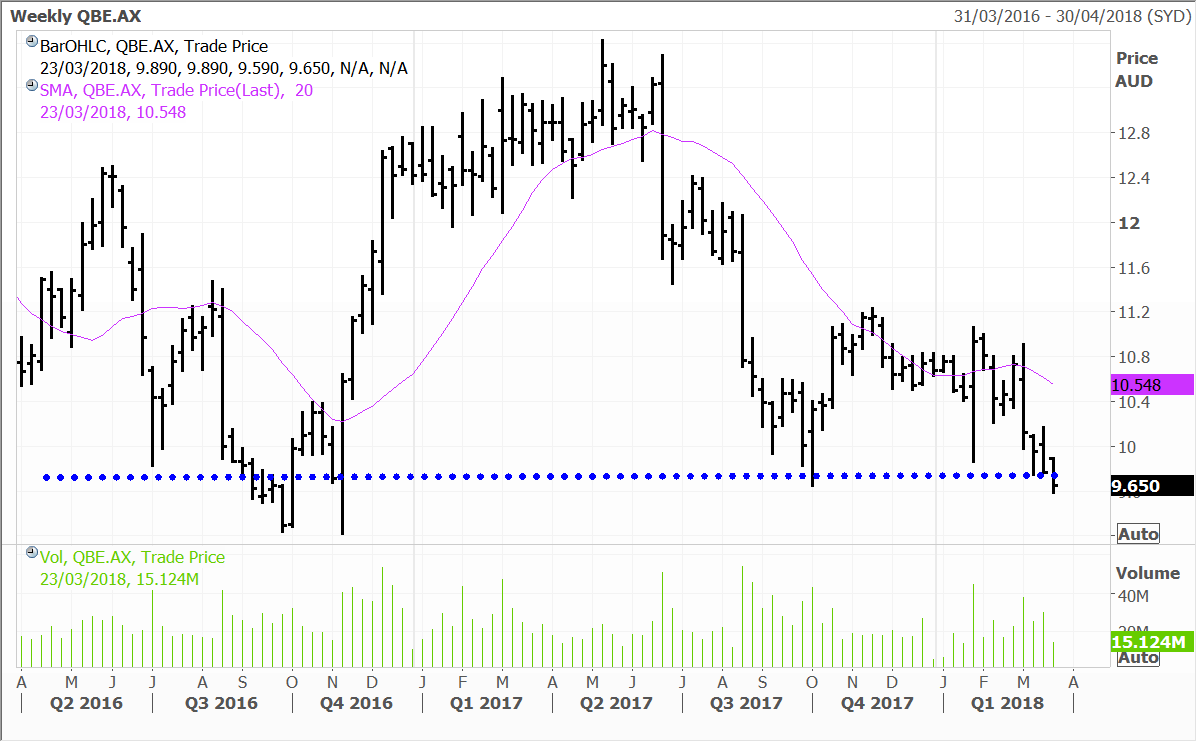 One of our banking plays in India, HDFC Bank Limited, a provider of financial services and personal banking, has raised INR23 billion (US$353.97 million) with the issuance of RDB (Rupee Denominated Bonds). The annual coupon rate on the bonds is 8.1% per year and has 7 years till maturity on 22 March 2025. HDFC Bank is up 28% for the last year and is held in the Global Contrarian Fund, the Global opportunities and Asian managed account portfolios. 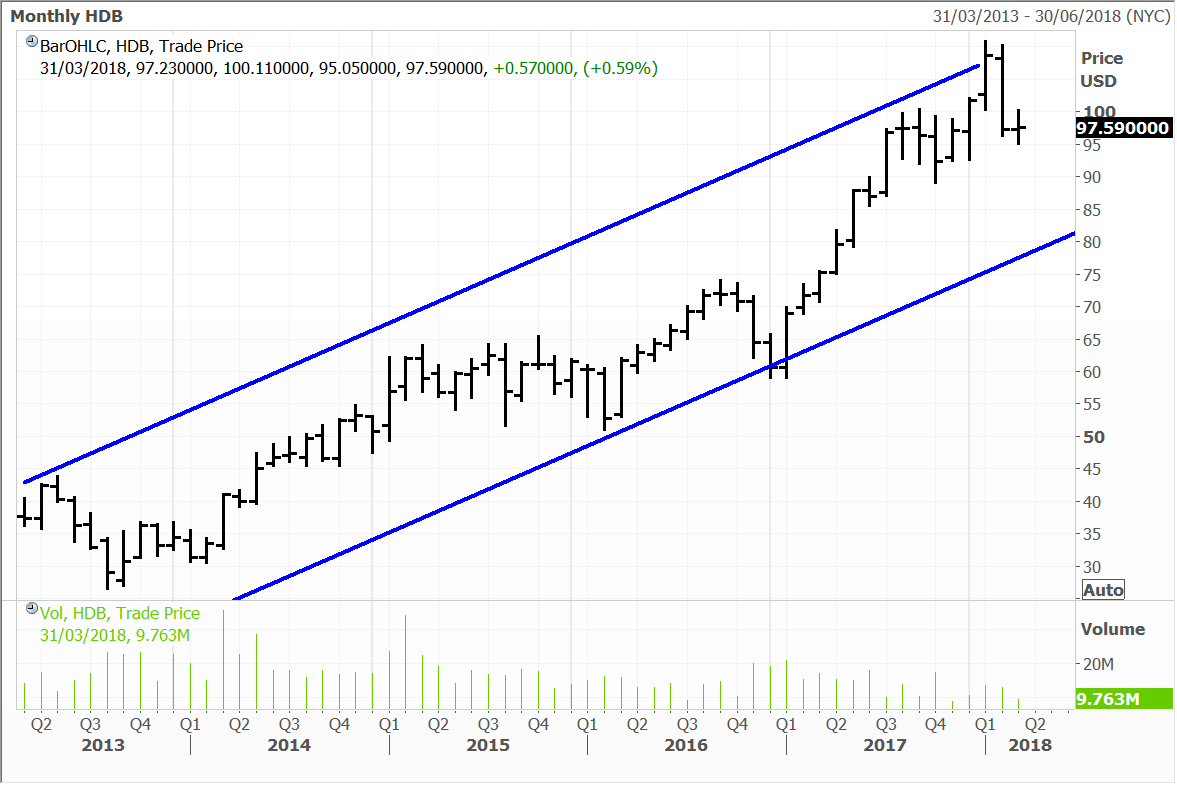 Today marks 12 months since the IPO of our largest LIC, the Fat Prophets Global Contrarian Fund (FPC.ASX). With the IPO we structured a unique option offering. All investors in the IPO received a 1 for 1 option with their shares. This means if they bought 10,000 shares in the IPO, they were also entitled to 10,000 options. The options allow the holder to acquire new shares in FPC at $1.10, any time between when they vest on 22nd March 2018 and over the following 12 months to 21st March 2019.