In Australia the market edged lower on Wednesday, with the ASX200 closing the session off 32 points at 6015. The resources sector bore the brunt of the selling, but this should also be placed in context of a strong rally over recent weeks. As I outlined in yesterday’s note, we believe the case remains for a further upward rerating, and as elevated commodity prices continue to confound consensus expectations. A strong performance on Wall Street overnight should also see the buyers come back into the ASX today. The SPI futures are pointing towards a gain of 13 points.

Weakness in the resource sector came yesterday despite another robust update from a large diversified miner. South32 delivered record production in the December quarter, with manganese the standout. In Australia, output at Groote Eylandt rose 13% over the six months to December versus the previous year, coming in at 1.7 million tonnes. At the current run rate, the operations are on target to eclipse guidance of 3.125 million tonnes for fiscal 2018.

The performance in South Africa was even better where sales and production were 15% and 21% higher than the same period in 2016 respectively. This led to production guidance being raised by some 8% for the full year to 2.04 million tonnes.

Such a production performance is highly encouraging, especially as commodity prices are also heading in a similar direction. Prices for the company’s core manganese product are now knocking on US$8 per tonne and have surged over the past year. This is also whilst consensus broker expectations are pegged around US$5. Sound familiar?

South32 has also done a good job of cost control, which bodes well for earnings when the company’s full year results are announced. This is despite industry price pressures coming through. The company noted that “Industry cost curves steepened during the December 2017 half year as a result of US dollar weakness, rising commodity prices and the environmental policy response in China,”

Management went on that “Our unit costs are being affected by these external factors despite generally good cost control across our operations. This pressure is most notable across our smelters and refineries as a result of broad-based strength in commodity markets [price-linked power, alumina, pitch and coke] of which we are a net beneficiary.” 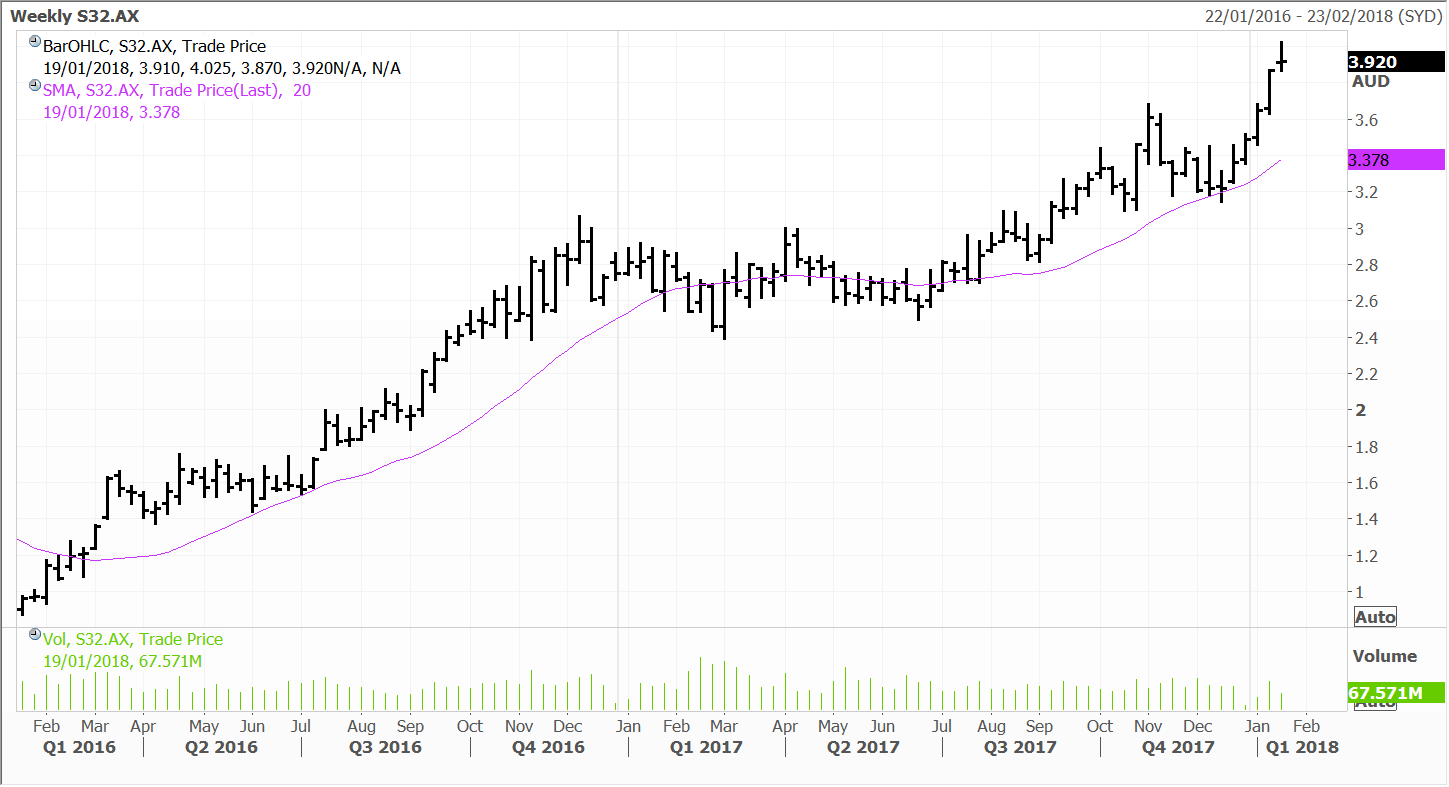 I think this brings up a key point, and that whilst commodity prices have risen in line with rising demand, and still tight supply, the reality is that the underlying costs are also seeing some upward pressures. Thus, if rising global demand is to be satisfied, miners will need to be ‘incentivised’ accordingly to invest in future production. This is also why we see top line commodity prices rising further, and feeding into our overall macro view that inflation generally is on the up.

This bodes well for low cost miners such as South32 in my view. Another positive driver on the horizon for the company is the spin-off of the South African Energy Coal assets in April. South32 has certainly come full circle given it was viewed initially as an ‘ugly duckling’ when itself was spun off from BHP. The company has flourished since. We added South32 at the lows around $1 in early 2016, and the stock remains a key holding in the Concentrated Australian, UK, and Mining and Resource managed account portfolios.

Volkswagen Group plans to release 50 pure-electric cars by 2025 in an effort to keep up with rivals. The diesel scandal hit the business in September 2015 and had the effect of weakening the company’s sales momentum in 2016. 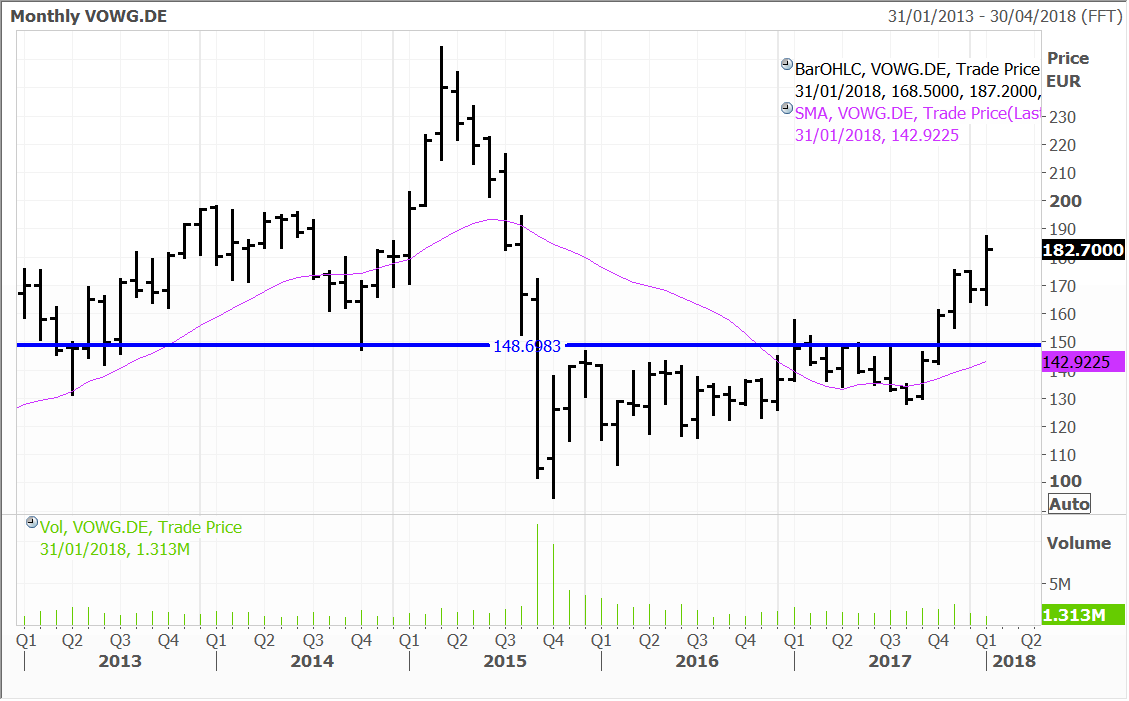 The momentum continued for the Macau casino operators yesterday, with Wynn Macau leading the way by popping 3.7%, followed by MGM China, up 2.1% and Sands China rising 1.2%. As already covered in depth in the Daily this week, the shares are rising on bullish analyst forecasts from the big investment banks, whom have finally come around to Fat Prophets view.