US equities traded downwards from the opening bell on Friday as fears of a trade war mounted after China upped the ante and then Donald Trump threatened “to increase the size of the tariffs to $100 billion.” Trade war fears put significant downward pressure on markets on Friday to close out what was a bruising week.

President Trump ordered his administration to look at potential tariffs on an additional $100 billion of Chinese imports, citing “China’s unfair retaliation” to his earlier $50 billion list of proposed tariffs. Trump’s latest comments prompted a swift response from China, which said it would respond to new tariffs “with force and without hesitation.” Investor concerns were not alleviated on Friday by commentary from Treasury Secretary Steven Mnuchin saying there is a “level of risk” and that the two countries could end up in a trade war.

Last week was one of the more volatile in the past decade. All three indices came under significant pressure with the Dow slipping 2.34%, while the Nasdaq and S&P500 both lost 2.3% and 2.19% respectively. The gains made during the earlier part of the week were lost, and the S&P 500 settled at the end of the week on the 200-day moving average, but above the February lows.

We are however adhering to our scenario that the markets will rally in April after becoming oversold in the past two months – and as we move into the US reporting season for the March quarter. This should bode well for the current extremely negative sentiment that has displaced the abundant optimism in January.

We have already seen some standout earnings beats (Samsung and Lennar) for the few companies that already have reported. The flow of profit results begins to increase sharply this week which should become the focus of attention for the markets. The multinationals in particular should all report strong results, boosted by a 5% fall in the dollar since January.

The “good cop bad cop routine” with Donald Trump playing the villain and Steve Mnuchin and Larry Kudlow the “good cops” wasn’t to be seen on Friday, which is why markets declined so hard. It was almost if the President was annoyed at the markets gains during the week and not taking his threats “seriously”. 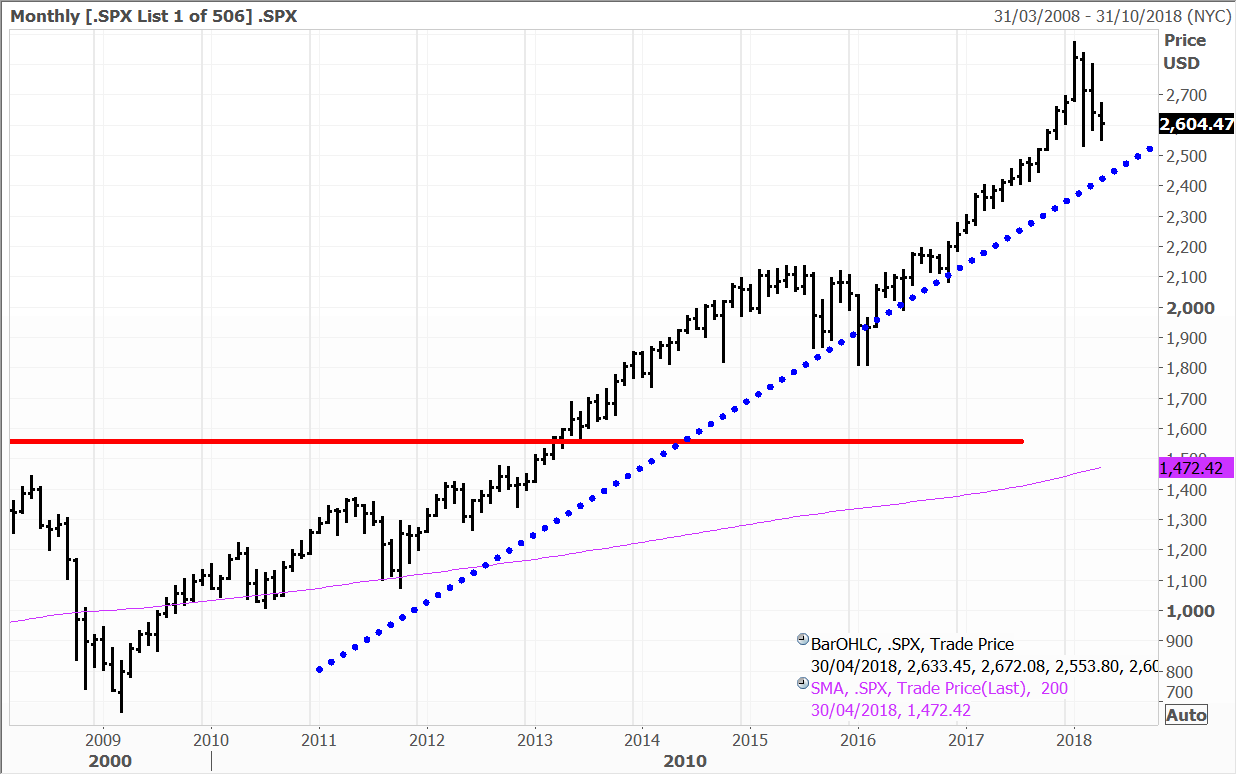 In Germany, Deutsche Bank fell 2.6% as media reports continued to speculate on who will be the new CEO. Investors have lost faith in the current CEO John Cryan, who has been in the role for less than three years but has been unable to return the bank to profitability and it is rumoured the Board will not continue to back him. The latest reports from late Sunday in Europe have Christian Sewing in pole position to be his replacement. Mr Sewing is currently co-deputy CEO of Deutsche Bank.

Other banks in the region also generally lost ground on the day, with Bankia and Caixabank in Spain down 1.2% and 1.5% respectively. Elsewhere, BNP Paribas dipped 0.9% and Credit Suisse declined 1.4%. In Frankfurt, Volkswagen shares edged up 0.5%, while in Amsterdam, the world’s second largest brewer Heineken gained 1.0%.

Miners weighed on indices after Rio Tinto was downgraded to a neutral rating by broker Exane BNP Paribas. Rio slipped 2.3% in London trading, while BHP was down 1.5%, Glencore lost 2.2% and precious metals miners were mixed as Fresnillo dipped 1.3% and Randgold Resources gained 1.5%.

The megabanks Mizuho, Mitsubishi UFJ and Sumitomo dipped modestly in trading, with losses ranging from 0.2% to 1.0%. Yaskawa Electric – a leading robotics company – slipped 2.4%, while peer Fanuc held up better, closing 0.9% lower. Heading North was energy firm Inpex, which gained 2.0% and touch screen technology leader Nissha Co, which edged up 0.9%. Fanuc, Inpex, Nissha, Mizuho, Mitsubishi UFJ and Sumitomo are held in the Global Contrarian Fund. Yaskawa is a holding in the managed account portfolios.

Social media giant Tencent Holdings recouped 2.1% in trading after being sold off all-time highs in recent weeks as part of the broader rotation out of technology stocks. The stock is up 75% over the past year. Oil and gas major CNOOC gained 2.2% and China Mobile tacked on 1.6%.

The Macau casino operators MGM China, Sands China and Wynn Macau were mixed, with Sands and Wynn down 1.2% and 0.7% respectively, while MGM added 0.5%.

The new financing would be set up in July and funds will be used to benefit the group’s global businesses through endowing to venture capital companies that show promise in contributing support to research and development in specialised areas such as AI, security and robotics.

The investment is funded by NTT itself and by NTT’s subsidiaries with a management period of 12 years. NTT Group said in a statement: “NTT will establish the NTT Investment Partners Fund to promote the continuous reinforcement of its cooperation with venture companies.” NTT is a holding in the Global Contrarian Fund and the Asian managed account portfolio. 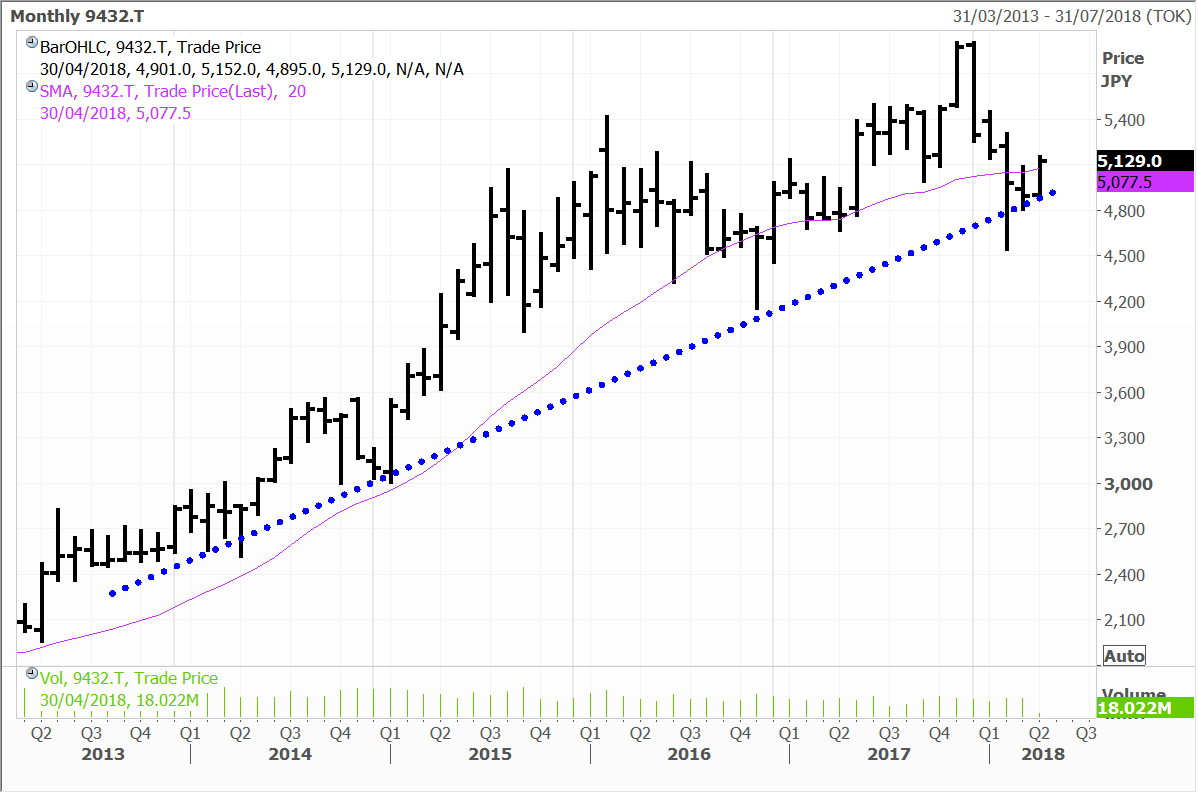 Sony Music Entertainment, the wholly-owned unit of Sony Corp revealed that it had sold around one fifth of a 5.71% stake owned in Spotify Technology, a provider of music streaming services. Spotify listed on the New York Stock Exchange last week, and the shares ended their first day of trading at $149, valuing the world largest music streaming service at US$26 billion.

Sony received a much higher price than anticipated. Due to the gain from the sale, Sony could increase earnings for the second quarter of 2018 by 105 billion yen (US$978 million). Sony is a core holding in the Global Contrarian Fund and is also held in the Global Opportunities and Asian managed account portfolios. 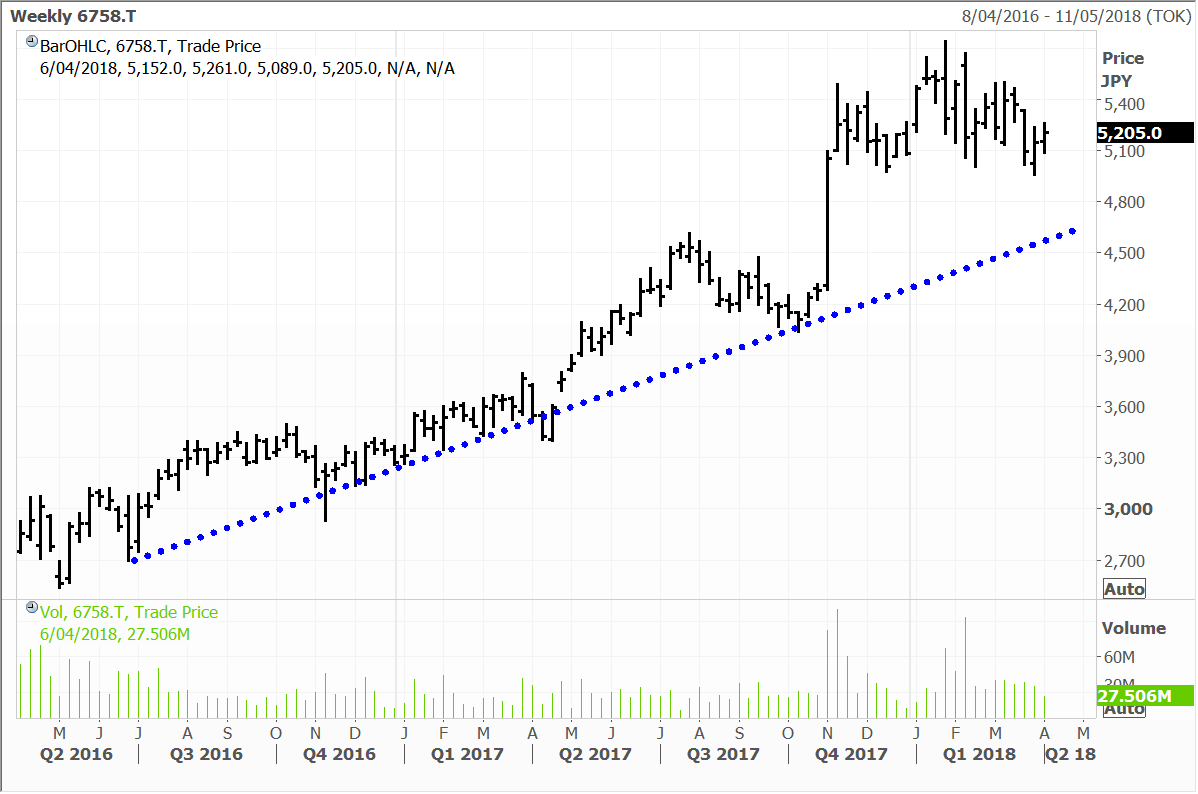 After the weekend’s box office sales, Walt Disney will claim two of the three highest grossing films ever released in the US. Disney’s new entry “Black Panther” is set to overtake Paramount’s “Titanic”.

At the beginning of the weekend “Titanic” had posted all-time domestic gross sales off $659.36 million while “Black Panther” had raked up $659.26 million. That meant that “Black Panther” will be the new number 2 of all-time. The number 1 spot is doubtful, with the 2009 blockbuster of Fox’s “Avatar” still ahead by $100 million in sales.

“Black Panther” was released in mid-February, and the film had $430 million in box office sales in the first two weeks and accounted for almost 23% off all domestic ticket sales in the first quarter. The Disney film ties for the tenth longest streak, after reaching 52 consecutive days grossing at least $1 million a day.

Globally “Black Panther” has $1.29 billion in gross sales which ranks it in 10th place. The film needs another $40 million to surpass “Star Wars: The last Jedi” in 9th place. Out of the top-10 highest grossing film of all time, 5 have come from Disney. Walt Disney is held in the Global Contrarian Fund and is also held in the Global Opportunities and North American managed account portfolios. 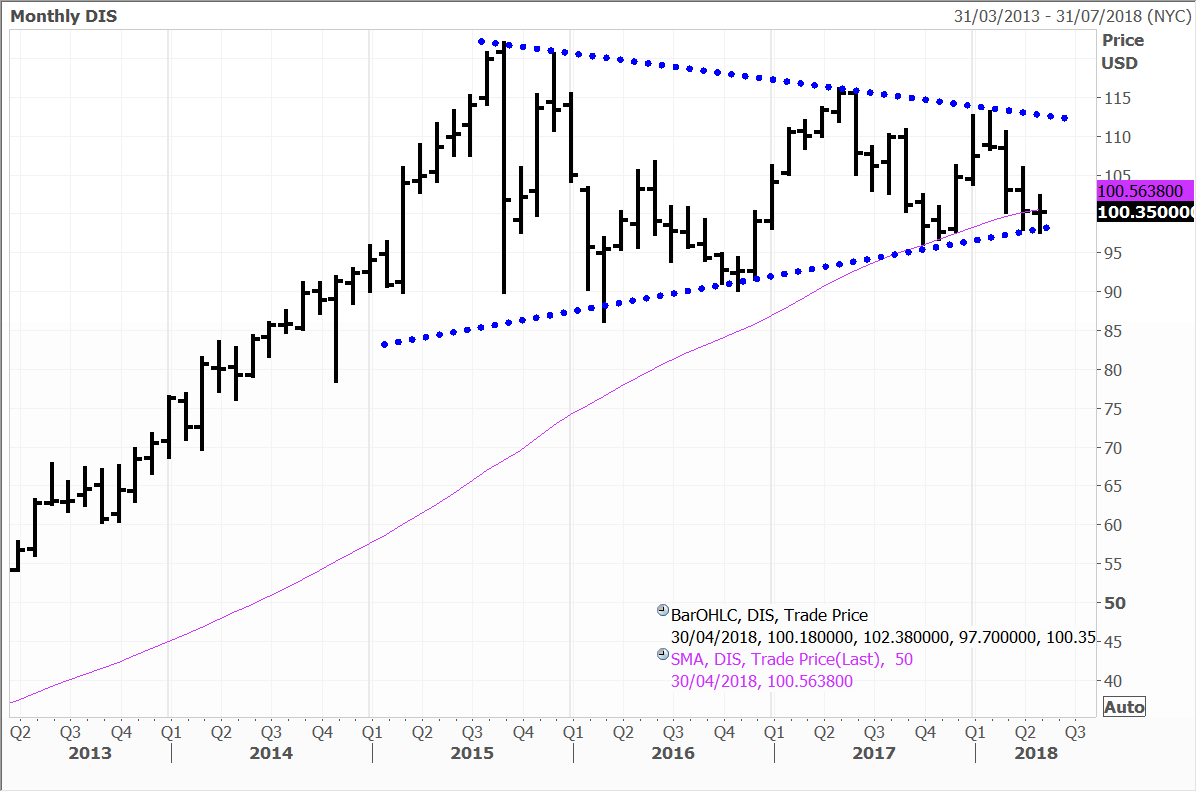