The US stock market finished the second to last day of the quarter in choppy trade on Wednesday with the Dow closing virtually flat, the S&P500 off 0.29%, while the Nasdaq dropped 0.85%. Trading was relatively subdued overall despite the significant falls in the tech sector this week with fund managers rebalancing portfolios heading into the end of the March quarter. It has been a challenging month and quarter needless to say, with the technology sector bearing the brunt of the selling pressure this week. The Dollar Index rallied on Wednesday following an upward revision in 4th quarter GDP, and this put the PGMs and oil under pressure, with gold losing $18 to settle at $1324.

Today’s trading on the Dow was choppy as this 5-minute chart illustrates. Rotation was evident as tech names were sold. 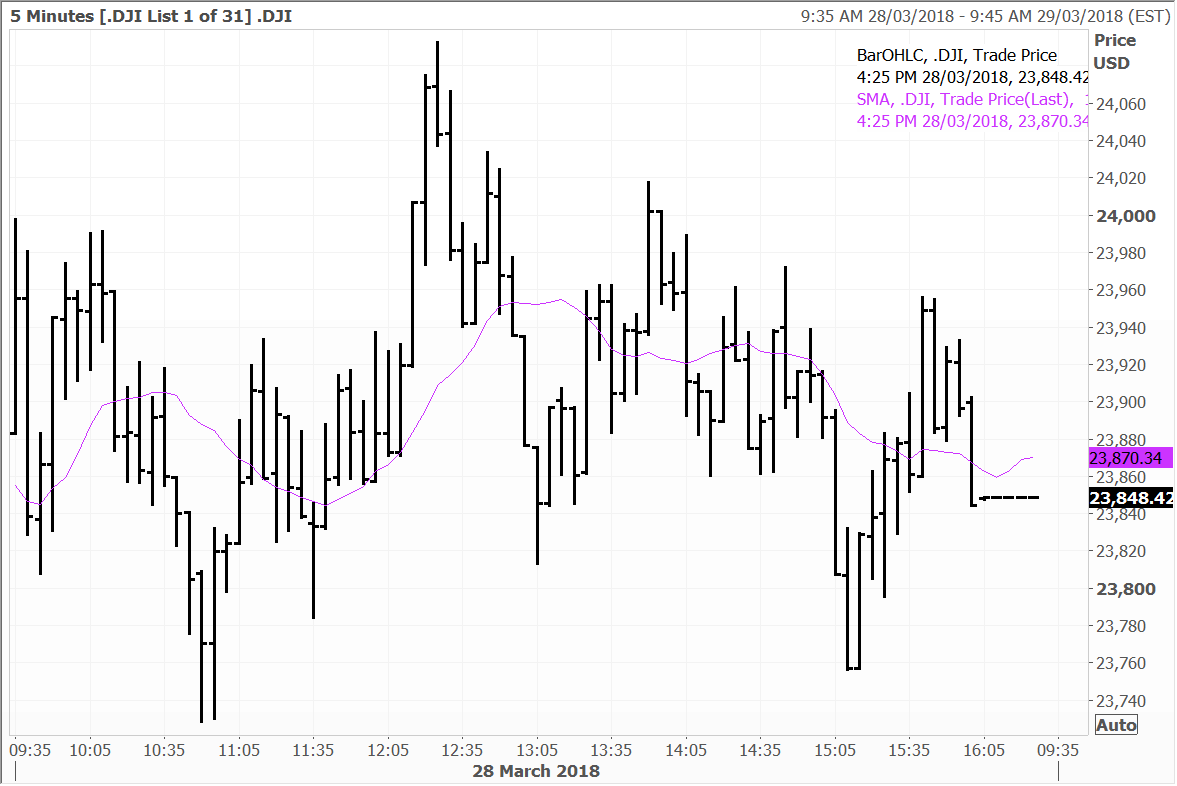 Baidu shares were down 3.4%, dragged down by the rotation out of technology stocks in general and the investigation into the Tesla crash. Wynn Resorts was 0.95% lower following a much sharper drop in the Hong Kong-listed shares of its subsidiary in Wynn Macau with growth stocks generally taking a tumble yesterday in Hong Kong and China. Walt Disney shares were down around 0.8% and homebuilder D.R. Horton declined 1.1%. FedEx was up marginally (+0.1%), even though it recently inked a deal to order 20 Tesla all-electric semi-trucks.

At the other end of the spectrum, miners faced some pressure as the dollar strengthened and crimped commodity prices. BHP, Glencore, Fresnillo and Randgold Resources slipped between 1.4% to 2.8%.

Many Hong Kong growth stocks were hit yesterday, and the Macau casino operators MGM China, Sands China and Wynn Macau also had a tough day, falling between 3.4% to 5.1% – despite significant broker upgrades this week. MGM, Sands and Wynn Macau are held in the Global Contrarian Fund.

A commitment to innovation is also seeing OneVue woo new customers and retain existing ones. The company’s largest Platform Services Client, Madison Financial, has extended its deal for five more years, and has more than 100 financial advisors across Australia. OneVue and others such as Praemium and HUB24 have come to the fore as fintech disruptors in recent years, as shown in the graphic below, and are set to gain an increasing share of the market against the incumbent Big 4 Banks. While the gains have been impressive it is worth noting that there is room for much more, with the four platforms (including Netwealth) having less than 4% of the market. We hold Praemium in the Global Contrarian Fund and the Australian managed account portfolios.

German automaker Volkswagen unveiled a prototype pickup truck at the New York auto show on Wednesday. The new pickup will fill the gap in the company’s US product line-up. In 2017, 16% of US auto sales were pickup trucks with Ford Motor Company’s F-series the best seller.

The company said the dual-cab VW Atlas Tanoak pickup truck could be built at the same plant in Tennessee where they build the Atlas SUV and Passat car. Volkswagen don’t have current production plans for the pickup but want to gauge the reaction for the prototype from buyers and the media.

“We want to be a relevant player in this market. We want to definitely be a full-line automaker,” said Hinrich Woebcken, chief executive of the North American region for Volkswagen. “We want to be more American.”  Volkswagen last sold a pickup in the US in the 1980’s. Volkswagen is held in the Global Contrarian Fund and the European managed account portfolio. 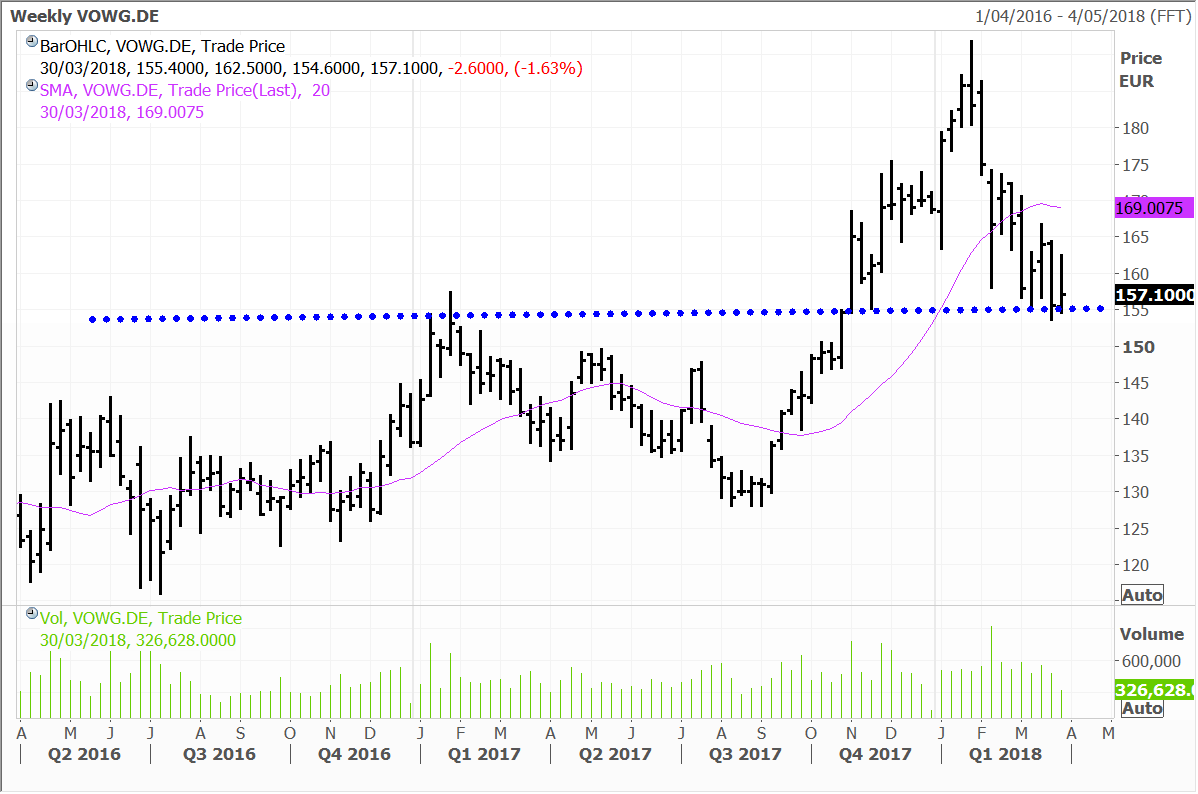