In Australia the market was fairly flat on Monday, with the ASX200 ending the session down 4 points at 5985. The banks were weaker although an offset came through from the resource sector which was firmly bid, with iron ore prices rising above US$72 a tonne. There was also some support coming in for Telstra, with Macquarie upgrading the telco, with a $3.70 price target.

The big diversified miners all rose yesterday as iron ore prices reached their highest level since mid-September. The recent rally has been quite stunning, with prices rallying more than 20% in the past six weeks as Chinese steel mills churn out high levels of production. A clamp down on pollution, and the associated demand for high quality ore, also puts Australian producers in a sweet spot.

There is an old Alanis Morissette song called Ironic, and the lyrics certainly resonate with respect to institutional analyst views on the iron ore price and mining sector. We have been hearing for months now how iron ore prices are ‘too high’ and that prices should be (and certainly will be next year) below US$50 a tonne. Some have even called the peak of resource sector valuations on this basis.

The reality is though that China has not fallen over, indeed far from it, but the appetite for commodities has been voracious as economic growth has remained resilient. Supply on the other side remains challenged, and will be increasingly more so with investment in new exploration having been pared back.

The penny may be starting to drop though with Citi upwardly revising its commodity price forecasts, and upgrading several of the big miners to buys. Investors responded in kind with BHP, Rio, and South32 (all of which we hold) registering 1% plus gains yesterday. I wrote a few months ago about the re-rating that could ensue if the consensus start to concede they might be ‘wrong’ with respect to their bearish commodity price forecasts. I wonder if we are starting to see that process unfold. If so we could well see another leg up across the sector before the year is out. 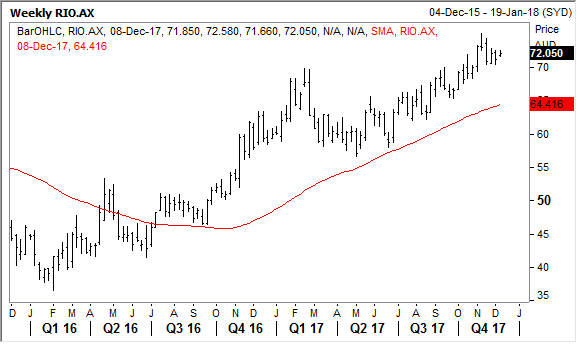 The Final Fantasy IP (intellectual property) is still going strong as well, with strong sales of the newest entry. Square announced that worldwide shipments and digital sales had exceeded one million units. Square will bring the game to PC in 2018.

The company has also leveraged the Final Fantasy franchise onto other gaming platforms such as mobile, with “Final Fantasy Brave Exvius” cited as a strong performer in recent company financial reports.

According to the Gematsu video game industry publication, this week Square Enix producer Shinji Hashimoto reportedly revealed to Edamame Arcade Channel in a new video interview that Square was gearing up for a “big year” in 2018, with new games, expansions and other updates for the Final Fantasy franchise.

Mr Hashimoto reportedly referred to the fact that 2018 was the franchise’s 31st year and Square teams are busy working on new titles. Often that would mean games could have a few years development required before coming to the market, but Mr Hashimoto apparently clarified that more than one of these titles are scheduled to release in 2018.

Some industry publications have speculated that the Final Fantasy VII Remake will be among them. As can be inferred from the title, this is an action role-playing game (RPG) based on the popular 1997 PlayStation Final Fantasy VIII game. A remake of this classic game using modern technology has been high on many Final Fantasy fans wish list. Several of the key original staff are working on the remake and it is reported the remake will be released in several parts so the team do not have to cut any of the original content and new content will also be added.

It is being made for Sony’s PlayStation 4 console and will likely be exclusive to that console for some time at least. The PS4 has been a strong seller for Sony and although Microsoft has not published Xbox sales figures for some time, industry observers believe the PS4 has outsold its Xbox equivalent by a wide margin. Sony is a core holding in the Global Contrarian Fund, along with the Global Opportunities and Asian portfolios. 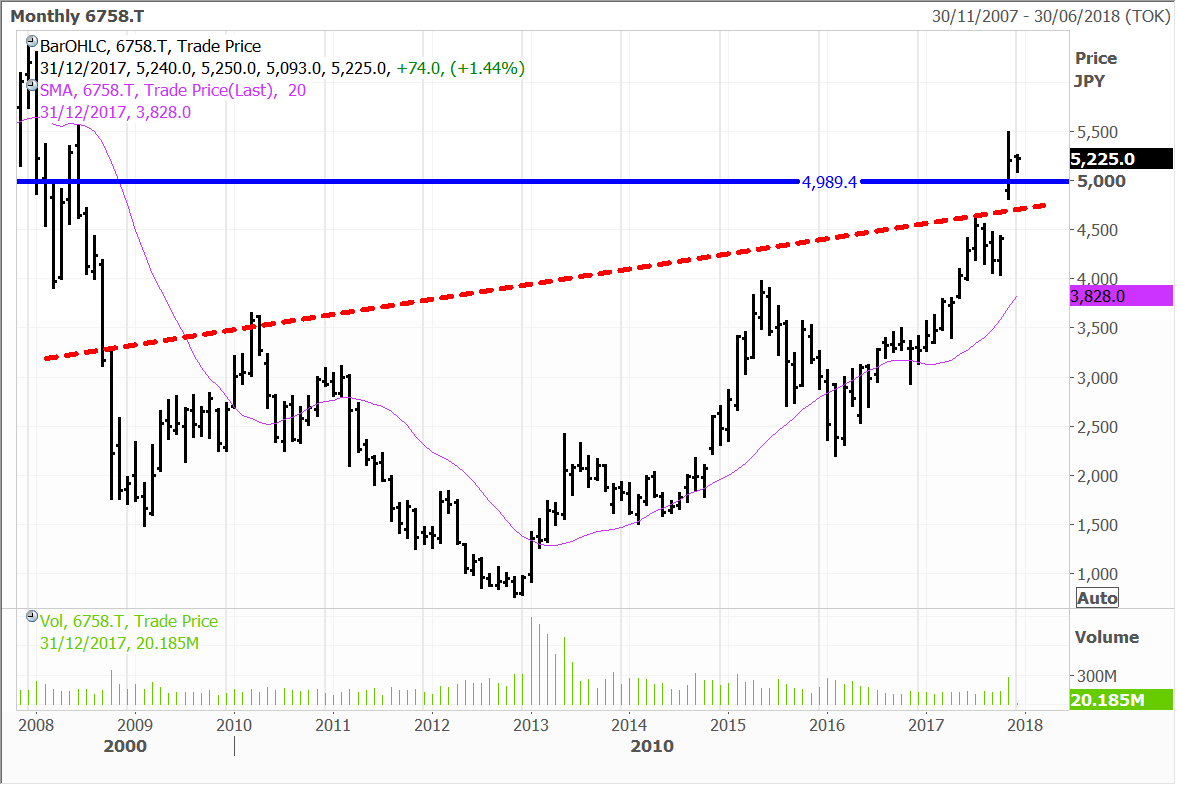 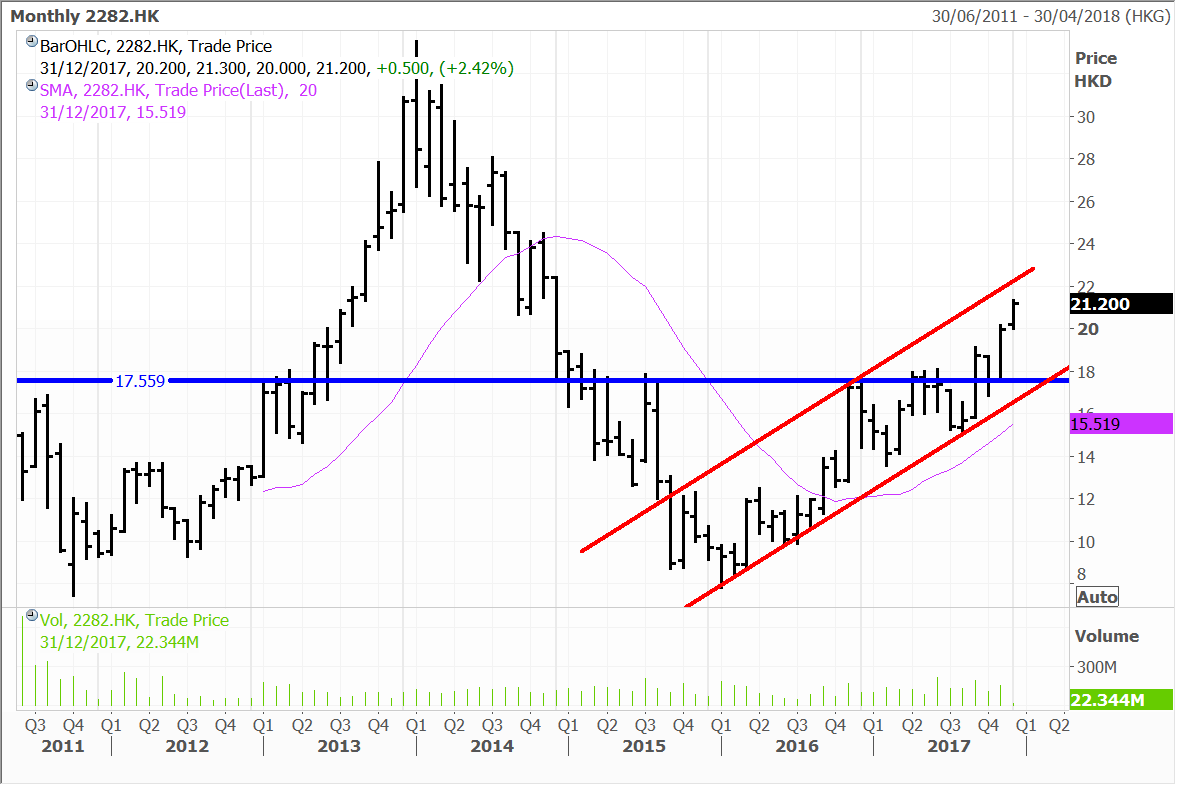 Interest in MGM China is rising ahead of the company’s new property set to open on the Cotai Strip in Macau in late January 2018. We covered this in the Daily last week, with the opening of the property going to substantially lift MGM’s presence in Macau. Currently, the company only has one property on the peninsula.

All three stocks are held in the Global Contrarian Fund, along with the Global Opportunities and Asian portfolios. This is based partly on the thesis that the consensus view continues to underestimate the potential of Macau’s gaming market over the next few years.