US stocks were on the front foot early Monday and finished in the green, adding to the gains posted last week. Supporting the rise was stronger than expected retail sales, a positive reaction to the latest earnings reports and easing concerns about Syrian conflict. Investor focus continues to shift back towards earnings in the US with around 30 companies having reported since Friday, and the overall quality has been reasonable with a number of estimates beaten already.

While still early days, the profit reporting season is boding well for the broader market and we saw this come through on Monday with a general rise in the indices. A lack of geopolitical and trade news flow also helped the markets in the wake of the relatively benign missile strikes by the Axis on Syria.

The Dow Jones lifted 0.87%, while the S&P 500 and Nasdaq gained 0.81% and 0.7% respectively.The standout was the Dow Transports which lifted 2.3% to back above 10,600 – which is less than 800 points below the record close set back on January 16th. The Dow Jones Transports topped out earlier than the broader US indices, but is now once again leading the market on the upside.  We continue to hold the view that the US indices are going push higher in April with an earnings-led rally and that the S&P500 could reach 2750/2800. 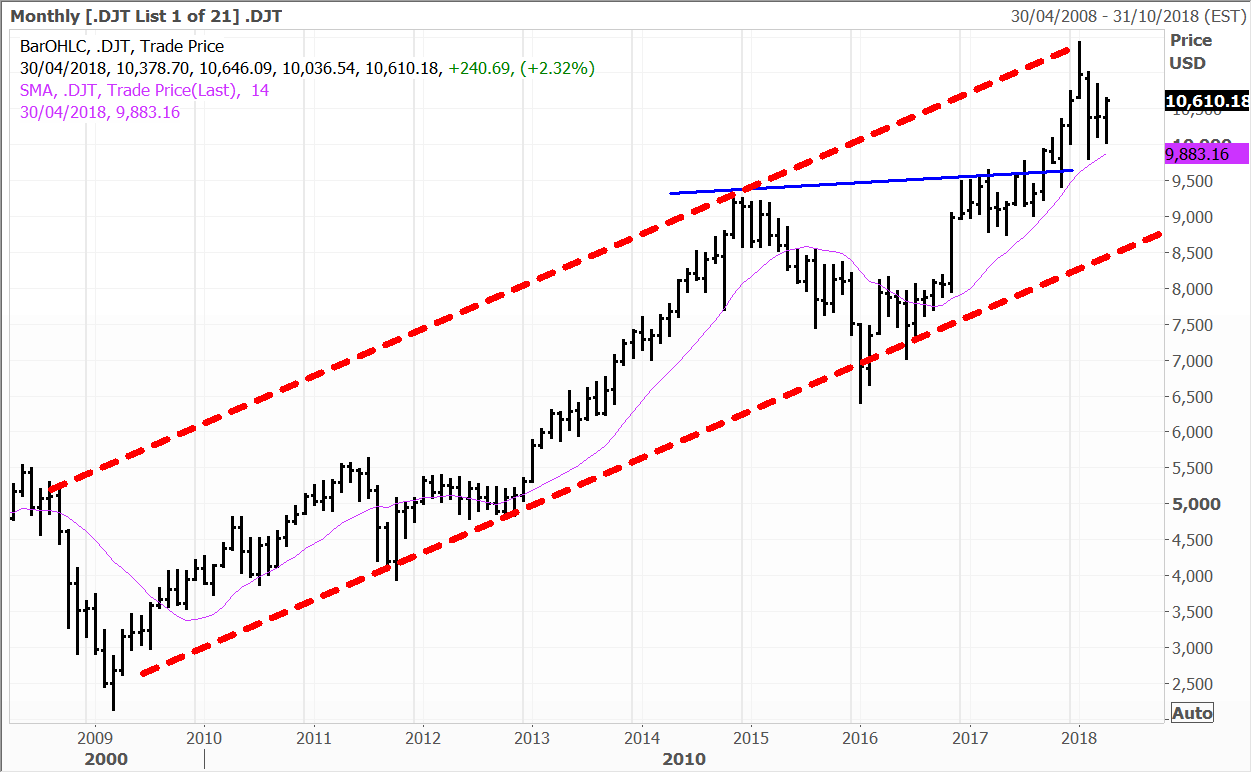 S&P 500 companies are expected to report an 18.6% jump in first-quarter profit (which raises the bar to a high level) and will underpin the biggest rise in seven years according to a report on Thomson Reuters data. Netflix was up strongly after the close on strong first quarter earnings with subscriber growth beating estimates by a big margin. As I write, Netflix has surged around 7% in after-hours trading back up to record highs. Merck was up 2.6% after reporting solid earnings and flagging a positive outlook on the back of the new drug Keytruda.

Among other individual movers, most tech names made modest gains, with Apple up 0.6%, Google parent Alphabet advancing 1.0% and Chinese online search giant Baidu adding 0.8% Video game developer and publisher Activision Blizzard traded 1.0% higher, while peer Take-Two Interactive gained 1.3%. Disney stock dipped 0.1% even as its movie business continues to thrive and it is on the cusp of rolling out new streaming initiatives.

Gaming and Leisure Properties (GLP) advanced 4% after Icahn Enterprises announced its majority-owned Tropicana Entertainment will purchase GLP’s real estate for $1.85 billion. Trucking company Navistar surged almost 10% after Volkswagen said it was thinking of increasing its holding in the company.

The lack of escalation in Syria saw miners lose ground in London on Monday, with the likes of BHP, Glencore and the precious metals miners Fresnillo and Randgold Resources slipping 1.6%, 0.9%, 2.3% and 2.4% respectively.

Food companies, retailers and pharmaceutical companies were some of the biggest gainers. It was a quiet day on the regional economic news side. The megabanks gave back some gains from last Friday, with Mizuho, Mitsubishi UFJ and Sumitomo down between 0.2% to 1%. Sony ticked up 0.8%, while video game developer and publisher Square Enix gained 1.3%. Robotics leaders Fanuc and Yaskawa Electric were mixed, with Fanuc down 1.35% and Yaskawa edging up 0.4%. Touch screen expert Nissha Co added 1.0% and Nippon Telegraph and Telephone (NTT) closed 1.1% higher.

In Australia the market also brushed off the missile strikes in Syria over the weekend, with the market having a positive start to the week. The ASX200 added 12 points for a rise of 0.21% to close at 5,841. Gains were once again underpinned by the resource sector, on commodity price strength, with aluminium hitting a 7-year high. South32, held in our managed account portfolios, was a standout, up 3.2%. Further gains in the oil price ensured the energy sector was well bid.

Resource stocks had a strong session yesterday, with oil ticking up. I have written about the notion of US$80 oil potentially becoming a reality this year, and if we are right on the commodity the high-quality energy producers are set for a further rerating. This goes beyond pure plays to include energy heavy companies such as BHP.

Elsewhere Praemium was well bid on Monday with the shares rising 6.5% to $0.66. The financial service platform provider released another strong update with the March quarter seeing inflows of $671 million, the third highest on record. This was 39% higher than the prior corresponding period, with a robust performance in Australia as well as internationally. Funds under administration (FUA) have now reached a record $7.8 billion. This is impressive, particularly given this has been achieved in the face of the correction that has unfolded since early February.

We have long been positive towards Praemium which we hold in the Concentrated Australian Share and Small/Mid-Cap Managed account portfolios. We also know the technology first hand, using the platform in our Wealth Management business. Praemium has maintained a competitive advantage through a commitment to innovation, and product development. The newly launched International SMA should underpin further gains in Australia, while the company’s UK business has also made strategic progress and is on the cusp of profitability.

Praemium, like the other platform plays, boasts strong operating leverage, with low marginal costs meaning gains in FUA have a pronounced impact on earnings. This can work the other way, but if are right that markets are set to push higher over the course of the year, the previous highs in the stock price should be comfortably surpassed. 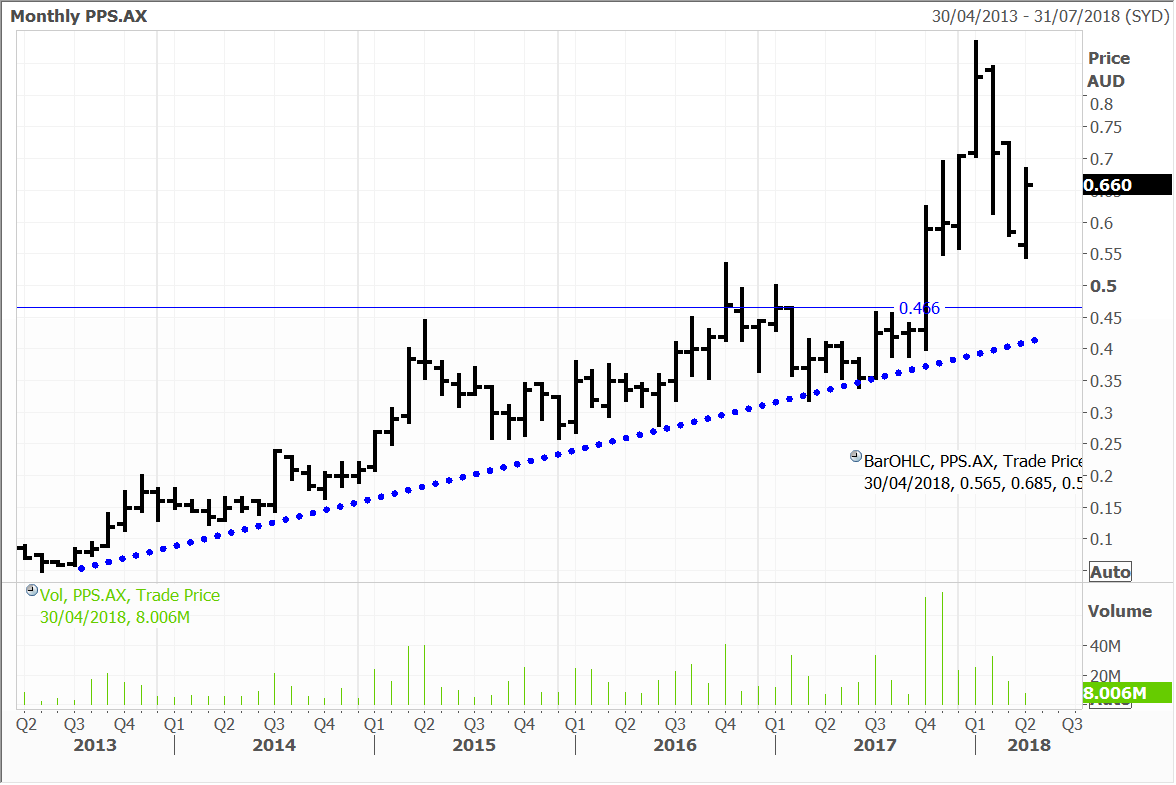 The Macau gaming stocks took a slide across the board on Monday after China’s plan to set up a free trade port on the island of Hainan came to light. The guidance published on the government’s official website plans to allow sports lottery games and horse-racing on the island to promote tourism development. The trade free zone in Hainan is aimed to be open by 2020 and will encourage firms to set up international and regional offices there in an effort to open the province to foreign investors. However we, nor the broking community, anticipate much disruption to Macau.

The plan is limited at this point in terms of details about the development. The Chinese government’s plan for Hainan also did not mention gambling or casinos. The news comes after President XI Jinping announced on Friday that China would grant foreign firms more economic freedom in the southernmost province.

The shares of Wynn Macau, Sands China and MGM China were all lower in early trading, but finished the day mixed with Wynn (+0.17%), Sands (-1.13%) and MGM unchanged. All three stocks are held in the Global Contrarian Fund and in the International managed account portfolios. 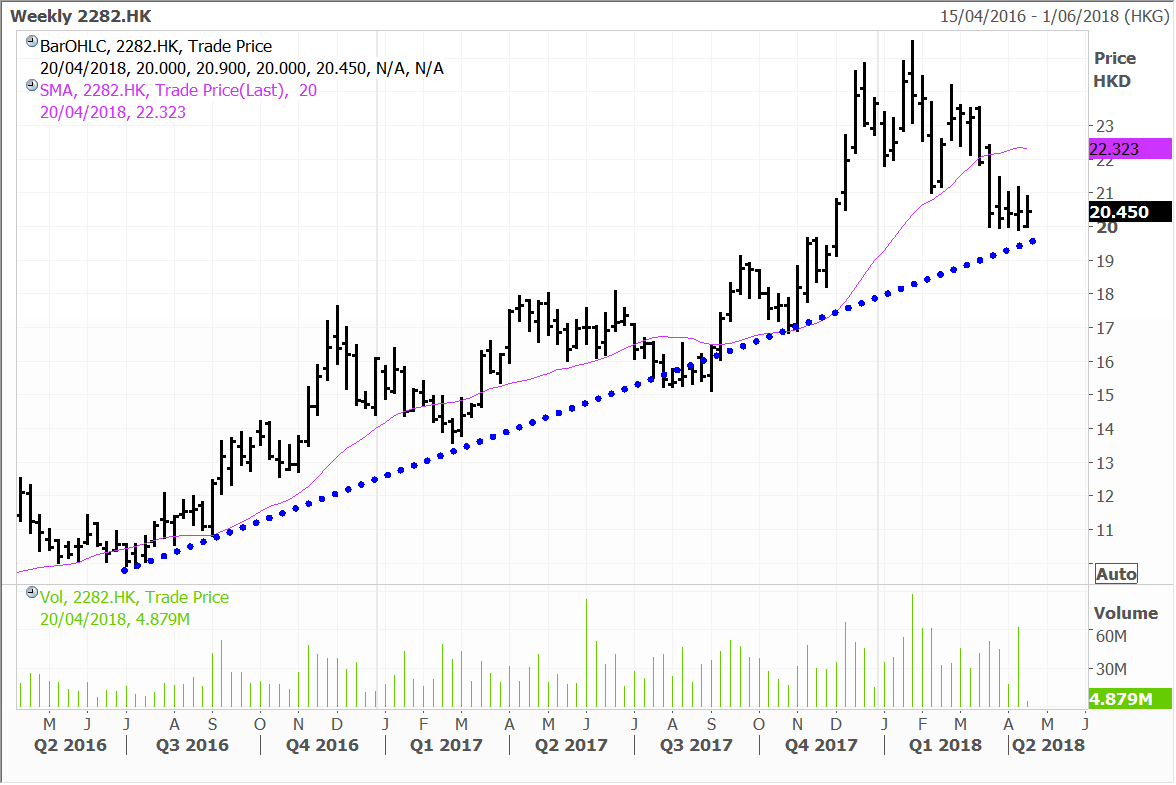 Japanese telephone company NTT announced their intention to enter into a strategic partnership with Symantec, a world leading cyber security company. The partnership is aimed to build up web security services offerings to customers on mobile plans, cloud services and onsite premises.

“Our strategic partnership with Symantec will greatly enhance the level of advanced web security services both parties can deliver, and I expect this partnership to expand to other areas such as endpoint and the entire cloud-based security area,” NTT Security’s CEO Jun Sawada said. NTT is held in the Global Contrarian Fund and in the International managed account portfolios. 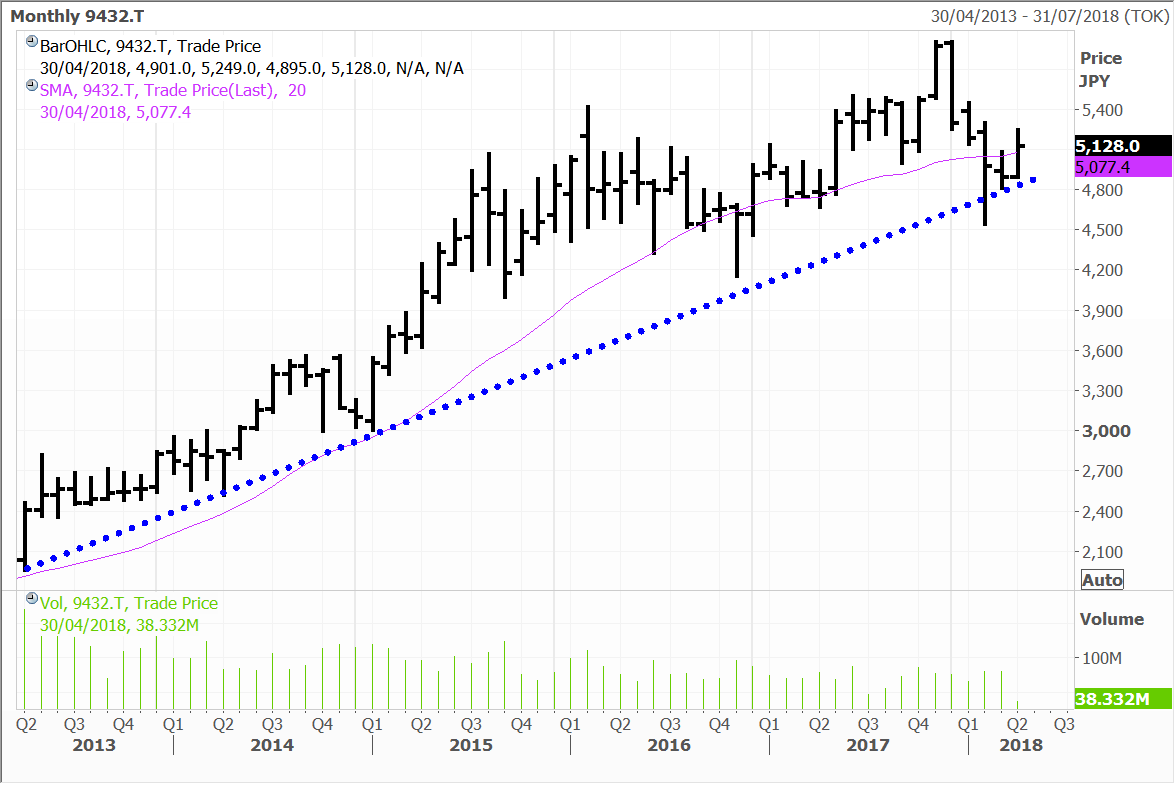