I didn’t quite get the script right for the FOMC meeting and statement on Wednesday, but the Federal Reserve has “changed tack” and is now targeting four rate hikes instead of three this year. I thought the signal to shifting the rate hike gears would come in the second half. As expected, the benchmark overnight lending rate was raised 25 basis points to a range of 1.75% to 2%. Needless to say, the markets took the rate hike, and more importantly the change in the targeting of a total of four hikes, in their stride. The Fed has left the trajectory of rate hikes for 2019 unchanged for now at three.

Fed Chair Jerome Powell in a statement following the meeting said that “the economy is doing very well. The committee expects that further gradual increases in the target range for the federal funds rate will be consistent with sustained expansion of economic activity, strong labour market conditions, and inflation near the committee’s symmetric 2 percent objective over the medium term”.

“Economic activity has been rising at a solid rate, Recent data suggest that growth of household spending has picked up, while business fixed investment has continued to grow strongly. The economy is doing very well. Most people who want to find jobs are finding them. Unemployment and inflation are low … The overall outlook for growth remains favorable. Continued steady rate increases would nurture the expansion, as the Fed approaches a sort of sweet spot with its employment and inflation goals largely met, the economy withstanding higher borrowing costs and no sign of a spike in inflation.”

The major US indices fell in late afternoon trading to close below water on Wednesday, however overall the reaction to the Fed’s changed stance was rather muted. Leading the way down was the Dow, closing 0.47% lower, while the S&P 500 drifted off 0.40%, while the tech-heavy Nasdaq held up best, down just 0.11% for the day. The small-to-mid cap Russell 2000 index declined 0.34% and the Dow Transports was 0.77% lower at the close. The yield on the US 10-year bond ticked up to 2.98% (I expect a retest and break back above the 3% level this month), while the dollar index backed off to 93.6 and gold rose above $1300. 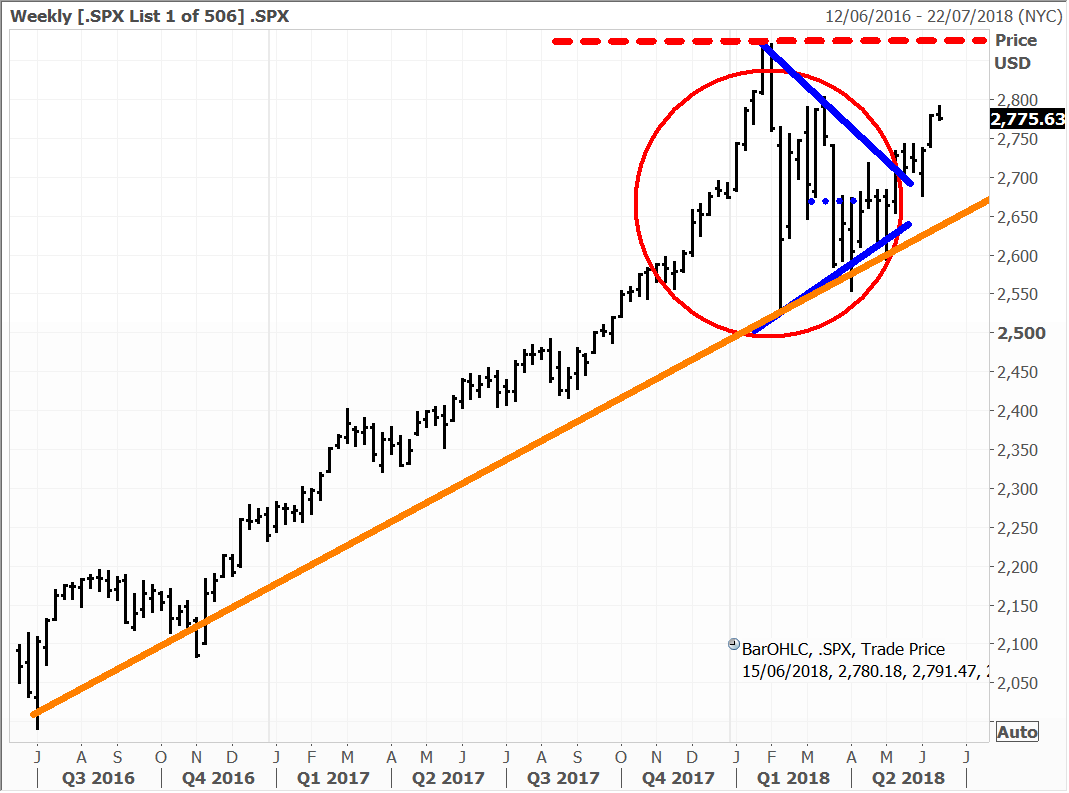 So where to from here? As I wrote yesterday, the S&P500 is consolidating below the 2800 level and requires a catalyst to push up through this level of resistance. With the FOMC now out of the way, attention is going to turn to China and the ongoing trade negotiations and where that will all go – and the fast approaching June quarterly reporting season. I expect the reporting season to provide the impetus for an upward breakout in the S&P500 and the big push to new highs. This should have a positive spill over impact on global markets and lift all the indices in what could be a strong “risk on rally.”

The AT&T merger with Time Warner was a win for the Media sector, with DIS, FOX and Comcast all rallying on Wednesday. The merger has implications for the Fox, Disney and Comcast. We are now about to see the biggest change in the US media landscape in decades as the older industry players “reorganise” to compete against the new competition. This is going to be positive for the industry, and break a deadlock of where the older companies were weakening by attrition at the hands of the new entrants such as Netflix.

Comcast announced a $65 billion cash bid for FOX on Wednesday which was expected. And I now anticipate Disney making another play for Fox. Fox was the big beneficiary, up 7.1%, while Disney shares advanced 1.8% and Comcast edged down 0.1% in regular trading hours. Some speculated Disney and Comcast may agree to split the spoils. As it turned out Comcast placed a roughly $65 billion all-cash bid for a substantial portion of Fox assets, likely spurring a bidding war with Disney. Comcast said its bid represented an approximate 19% premium to Disney’s all-stock offer.

US-listed shares of Chinese online search giant Baidu added 1% on continued positive momentum from strong news flow over the past week or so and the strong performance of its separately listed video streaming business iQiyi.

The major Asian indexes finished mixed in trading on Wednesday. In Japan, the benchmark Nikkei index gained 0.38% with traders waiting on the Fed policy decision later in the day. The Bank of Japan’s (BoJ) own decision is due on Friday, with no change in its ultra-easy policy anticipated. Exporters were mixed, while technology stocks generally sold off on the day.

Sumitomo Chemical was a relative outperformer on Wednesday, rising 1.5% after Samsung announced that it would launch “foldable phones” in 2019. Sumitomo Chemicals makes key components for Samsung’s OLED screens. The new technology could be the trigger for a massive upgrade in smart phones next year. Apple can be expected to follow suit. We are positioned in the Contrarian Fund in Sumitomo Chemical and Nissha, another componentry maker for OLED screens.

Nintendo fell 6.2% in heavy trading as its presentation at the Electronic Entertainment Expo (E3) in the United States underwhelmed, although to be fair, expectations were high. We bought into Nintendo in the Contrarian Fund just very recently after the stock had lost 25%. I expect Nintendo to find a floor soon and see the recent correction more about profit taking. With a robust earnings outlook and in a favourable industry (gaming) Nintendo has a similar outlook to Sony. 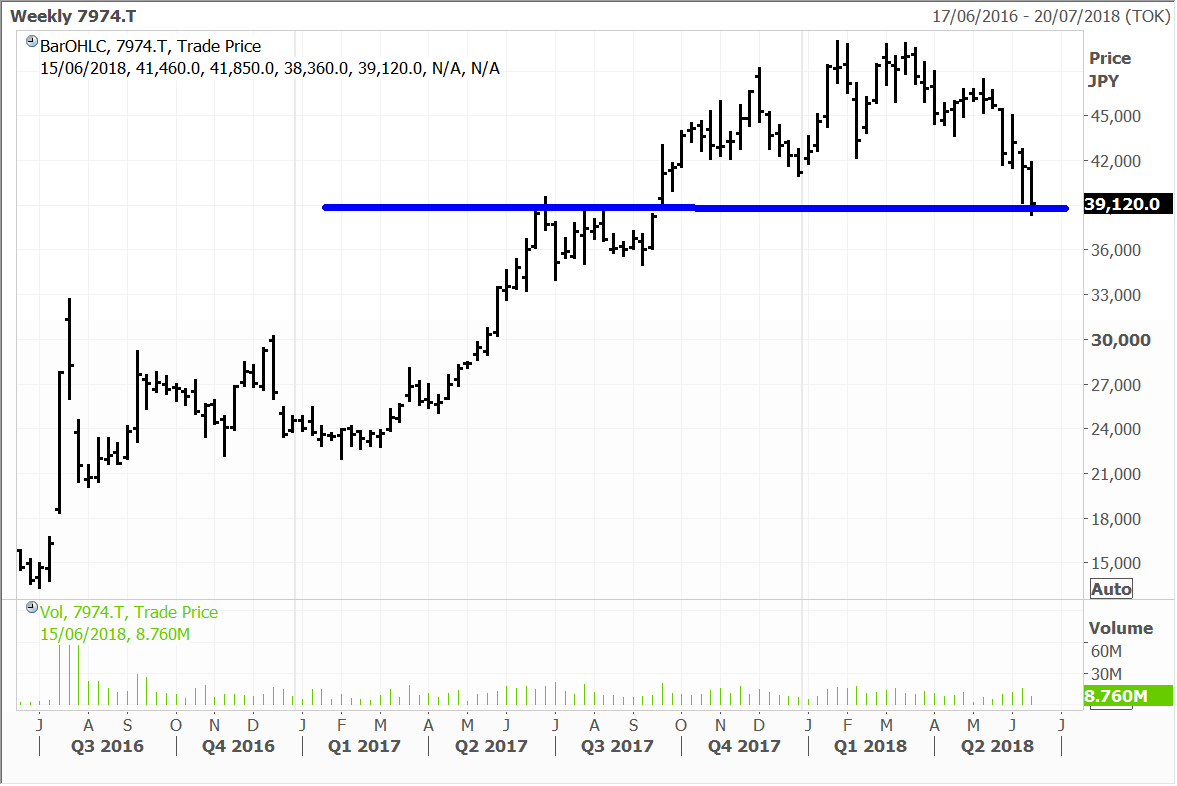 Stocks generally lost ground in greater China, with the Shanghai Composite falling 0.97%, while the benchmark Hong Kong index fell 1.22%, to snap a ‘winning’ streak as trade tensions resurfaced with the Trump administration expected to release a list of tariff targets on Friday.

Homebuilder China Overseas Land & Investment was one of a small group finishing in positive territory with a modest 0.5% gain. Hardest hit was telecommunications equipment giant ZTE, with its Hong Kong-listed shares tumbling over 41% as it resumed trading after a month’s-long trading halt after reaching a deal with US authorities. We do not hold ZTE and Sunny Optical, which counts ZTE as a customer held up well, slipping only 2.5%. Lens maker Sunny Optical has more than doubled over the past year.

Higher interest rates are going to be good for many of the large financials in Australia as well. This includes the insurance sector which will see investment income jump with rising bond yields (and in tandem with inflationary fuelled strength in premiums). Such a scenario would be positive for the likes of QBE Insurance which has endured a tough time of it in recent years. We have reduced our exposure to QBE across all of our portfolios, but I remain positive on the insurer. With much of the market having lost faith, there is little downside from current levels, but this stock is going to take some time yet before it performs. 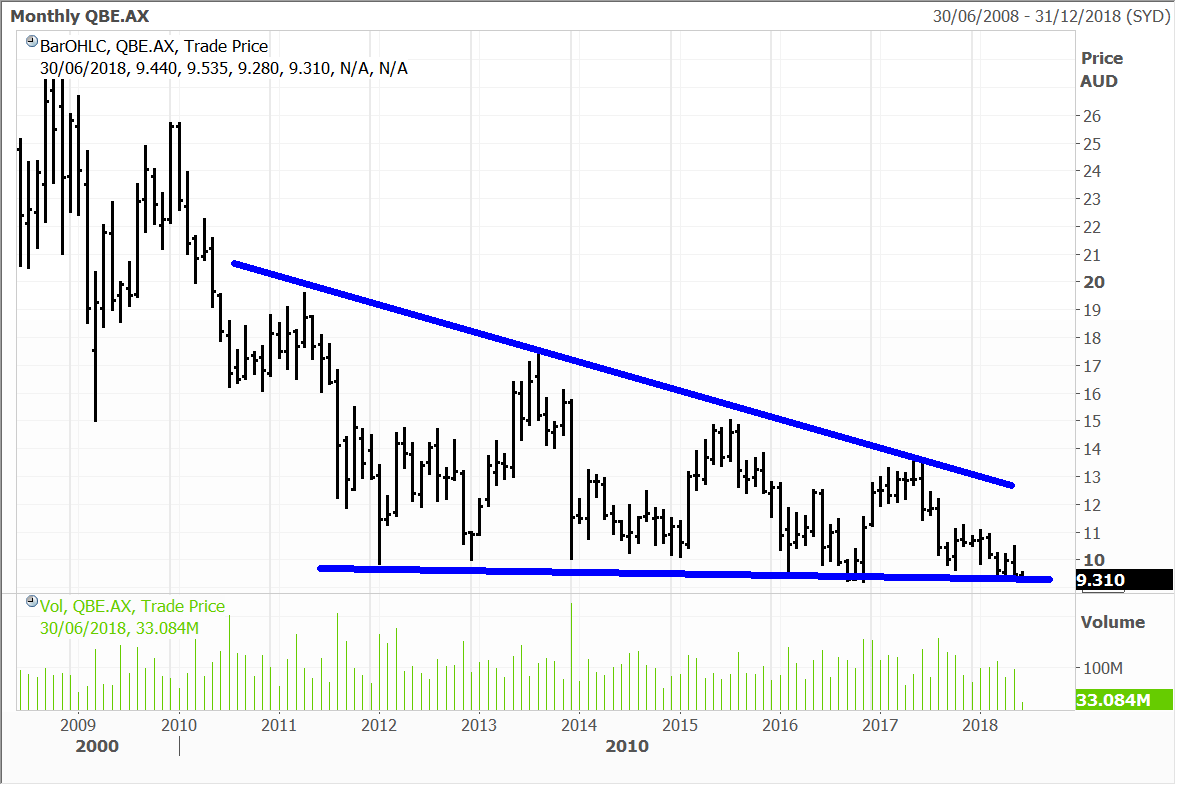 In yesterday’s webinar a member commented on the recent technical strength in Praemium, and indeed they were up another 3.6% yesterday. The financial service platform provider’s commitment to remaining highly ‘relevant’ has also translated into consistent growth in FUA and mandate wins – the most recent being the extension of a partnership with Morgan Stanley to include managed accounts technology. Praemium is a top 10 core holding in the Global Contrarian Fund and the Australian managed accounts. 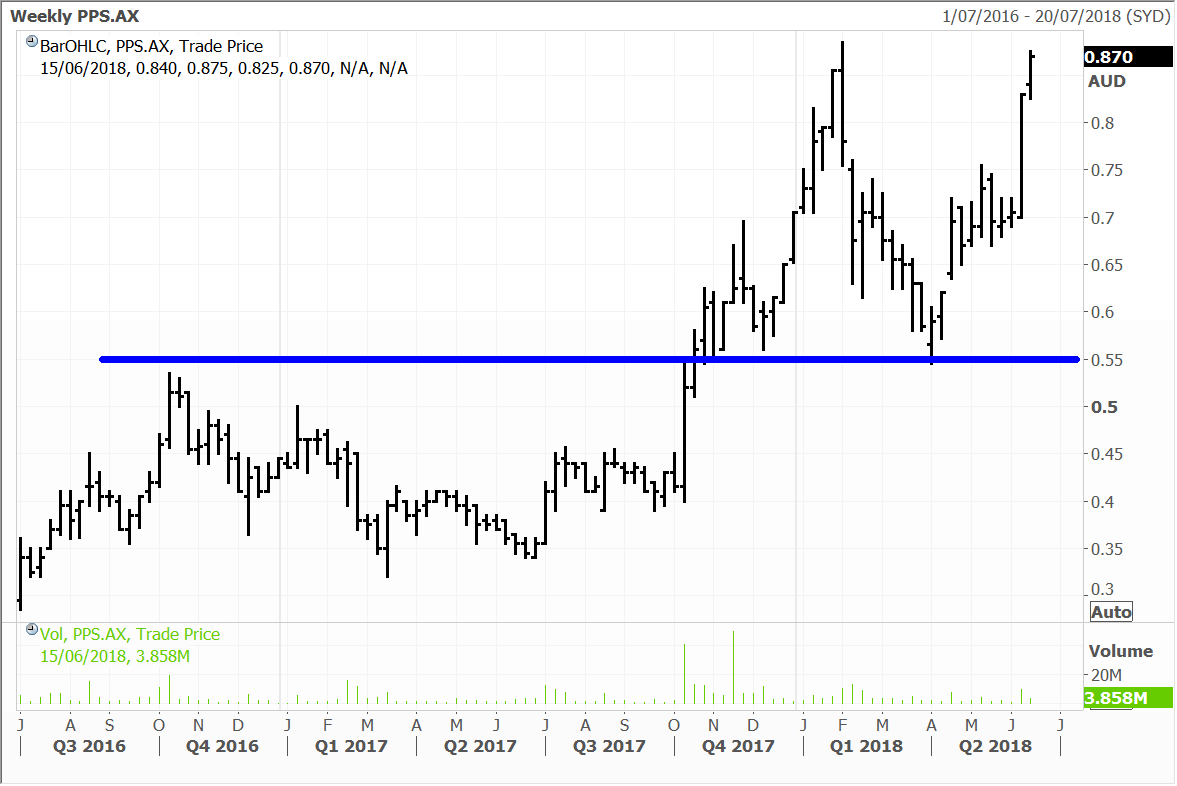 The NTA was released recently for the Fund and is available here. May was a frustrating month, particularly given the performance was strongly in positive territory until Italian politics and concerns about another election and euro referendum destabilised the global markets. I have had questions from shareholders, but this year has proven a difficult one for many fund managers to navigate, including ourselves. However, June has got off to a strong start and we remain confident with many of our underlying thematics. The NTA can be accessed here.

Sony’s presentation at the Electronic Entertainment Expo (E3) in Los Angeles was a more focused event than usual this year, with a deep dive into four games that highlight the strong edge the PlayStation has over its Xbox rival. These were: The Last of Us Part II, Death Stranding, Spider-Man and Ghost of Tsushima.

The Last of Us Part II is the sequel to one of Sony’s most highly acclaimed story games in recent years, while Death Stranding is a high-profile collaboration with rock star video game developer Hideo Kojima of Metal Gear Solid fame. The upcoming Spider-Man, being developed for PlayStation by Insomniac has generated a lot of buzz over the past couple of years and looks to be a game finally deserving of the iconic superhero.

The Ghost of Tsushima game looked incredible in high-resolution glory, showing off the power of Sony’s latest hardware. For those with 4K TVs with HDR capability, this game looks gorgeous.

Sony’s PlayStation division has been a key driver in the conglomerates renaissance the past few years. The PS4 has dramatically outsold the Xbox and its subscription base has surged. PS4 unit sales have hit 79 million and the PlayStation Plus subscription service had more than 34 million customers, while the PlayStation network has 80 million monthly active users.

With a shifting model to more digital and content-driven sales rather than a reliance on hardware, this bodes well for Sony’s gaming business going forward. The recent decision by Sony to block cross-platform play of Fortnite between the PS4 and Nintendo Switch is a misstep in our view though and one that they would be wise to reverse to keep in gamers’ good graces. Sony is a top 10 holding in the Global Contrarian fund and the international managed account portfolios. 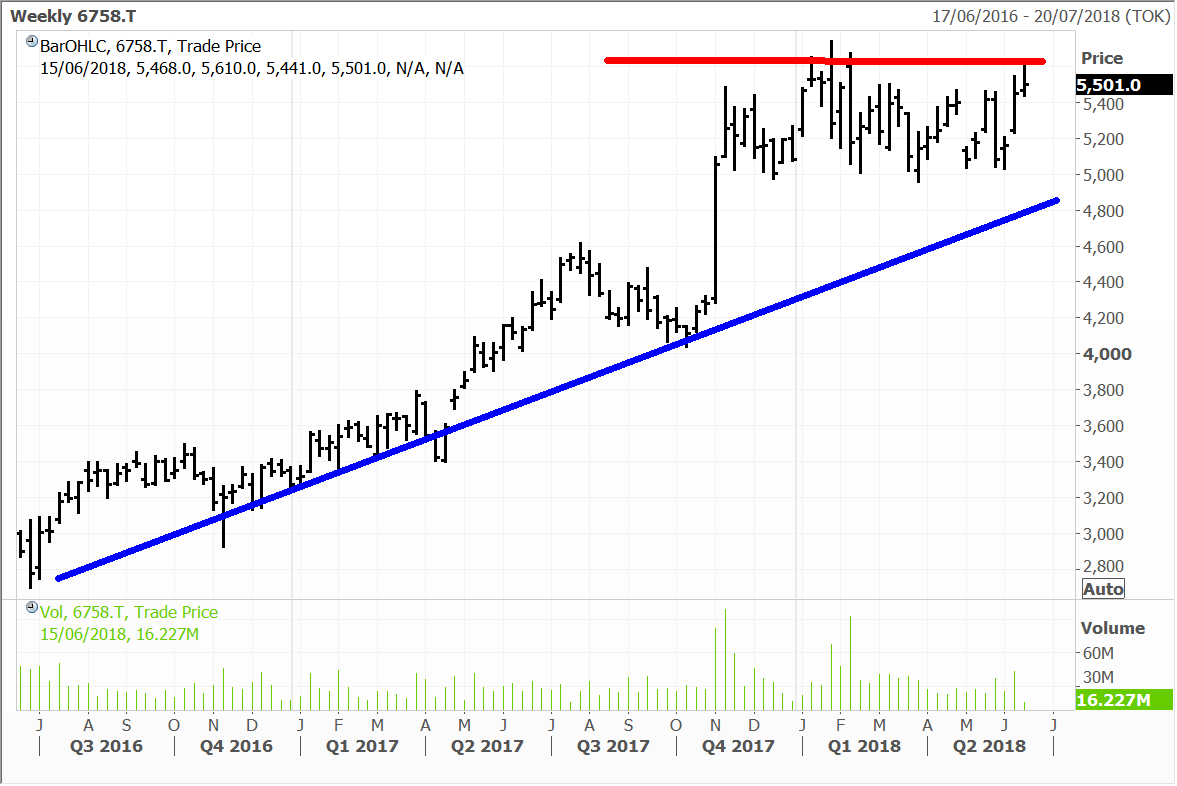