US equity markets closed higher on Monday with the Dow Jones up 0.39% and the S&P500 up 0.21%. The Nasdaq composite trailed lifting 0.10%. Technology names led the rally, but declines in healthcare stocks were a headwind for the indices. Trading volumes were light with no major earnings or economic data scheduled this week and with the Thanksgiving holiday on Thursday and an early market close set for Friday.

The US Dollar Index lifted 0.5% and this weighed on commodities with oil and precious metals coming under pressure. The Trump Administration tightened sanctions against North Korea.

The ratings agency Moody’s has forecast a 5% increase in the cash pile of US non-financial companies in 2017. This follows two robust quarters were earnings were sharply higher which has boosted corporate coffers. The latest forecast increase would take the total cash pile to US$1.9 trillion with the technology sector accounting for almost 50% of the total versus 47% last year.

Apple, Microsoft, Alphabet, Cisco and Oracle together hold US$679bn in cash or 35% of the total. The five companies held 32% of the total at the end of 2016 at US$585bn with Apple now accounting for 15% of the cash pile or US$385bn.  The technology sector tends to hoard cash overseas due to the tax rate of 25% on repatriated income. We can expect an acceleration in M&A activity, but also shareholder buybacks and increased dividends.

During the credit bubble that led to the GFC, the corporate sector piled on the leverage and lowered cash balances which exacerbated the bust and was a contributing factor to the Great Recession when things unraveled. “Cash is always King” when the economic tide goes out. Corporates are however not as geared today and this will certainly provide some insulation and be a mitigating factor during the next economic downturn. 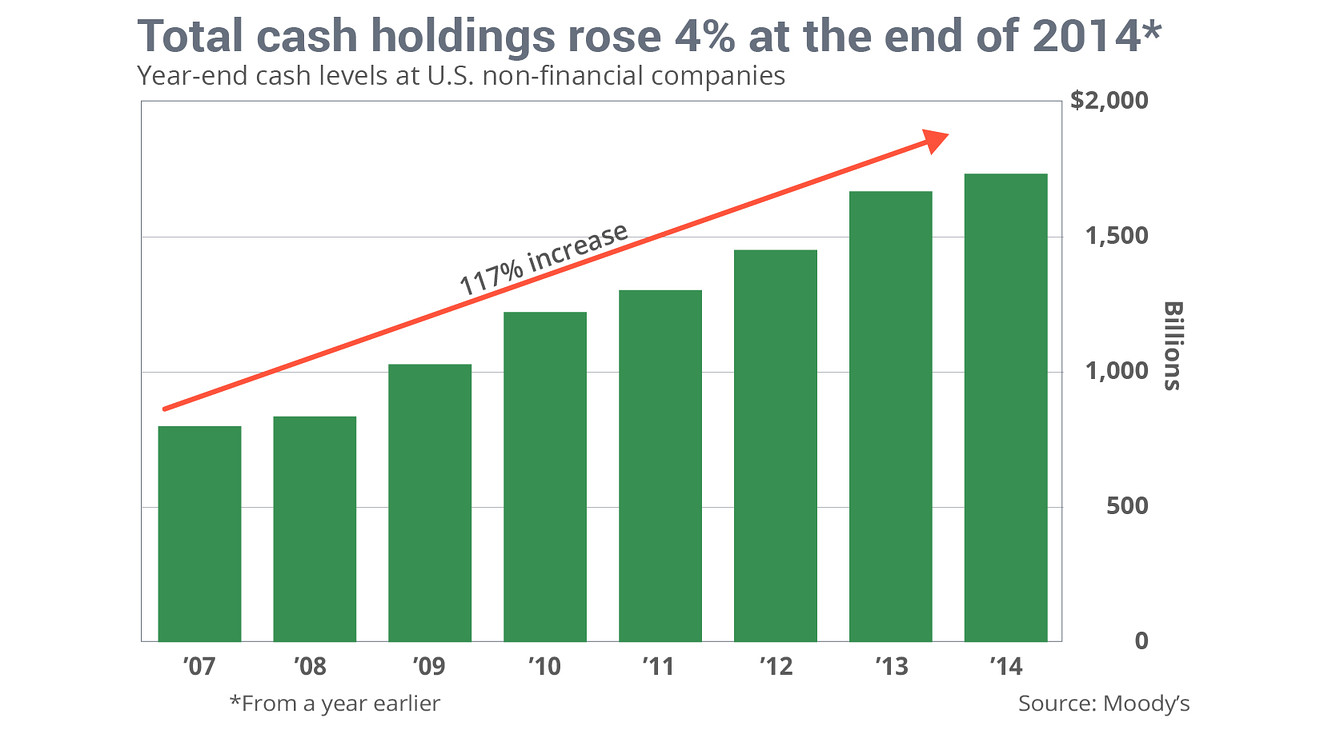 Volkswagen has raised sales guidance for 2020 on the back of growing demand for its new sport- utility vehicles in emerging markets, led by Brazil and Russia.  The automaker now expects group revenue to exceed last year’s record of €217 billion by more than quarter in 2020 and group operating profit to increase by a similar amount on the €7.1 billion reported in 2016.

Volkswagen plans to spend more than €34 billion over the next five years on developing electric cars, autonomous driving and new technologies, with most of the money going into the electrification and hybridization of all its models. By 2025 VW is targeting the release of 80 new electric vehicles and by 2030 it plans to offer at least one electric variant of each of its ~300 models.

These announcements sent a strong signal to the market about the future direction of the company, which responded favourably with the shares up 4.19% and bringing the total gain since the start of September to 31%. 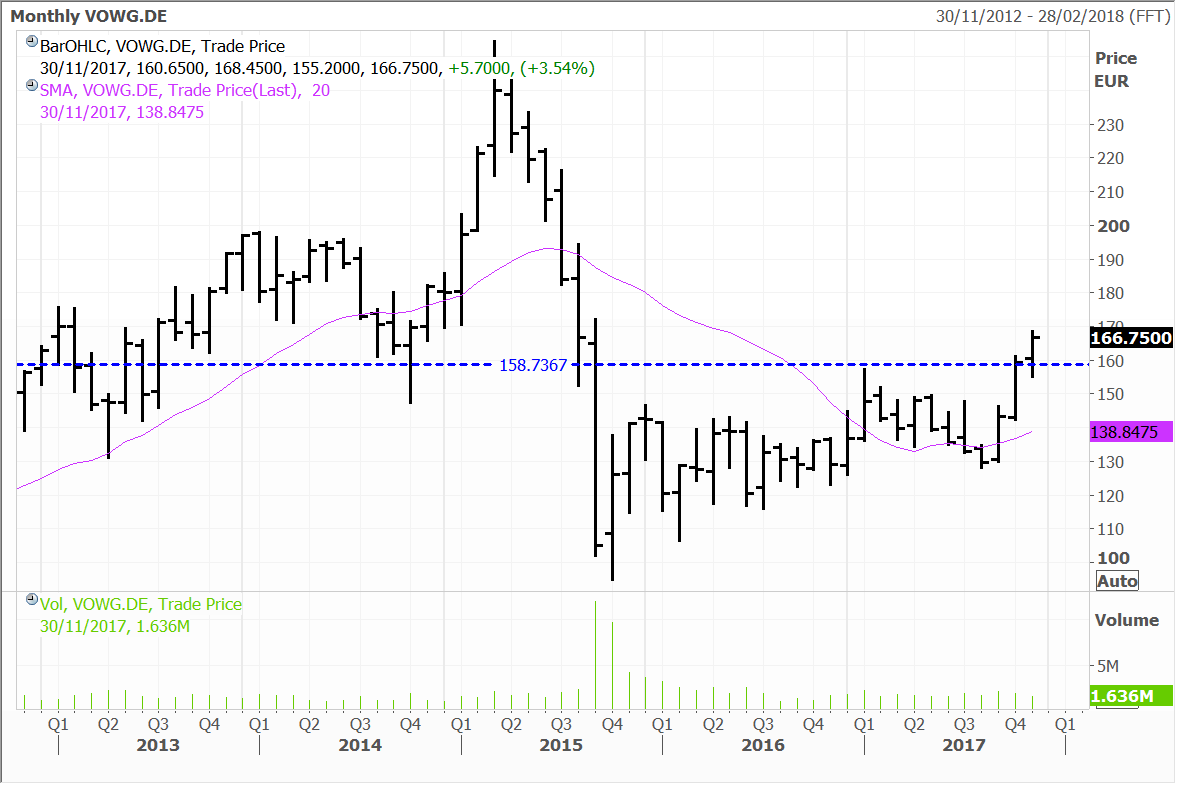