This capped the longest string of weekly gains for US stocks since 2013. The US dollar index initially extended to the upside but declined after the labour report, while Treasuries yields edged higher.  The latest jobs report did not move the needle in terms of the December rate hike or the trajectory of rate increases next year.

Data on the labour sector confirmed the US economy is in great shape. The Volatility index closed at a record historical low. WTI crude oil topped $55 a barrel after Mexico’s state-owned oil company announced a major discovery, while Brent consolidated above $60. 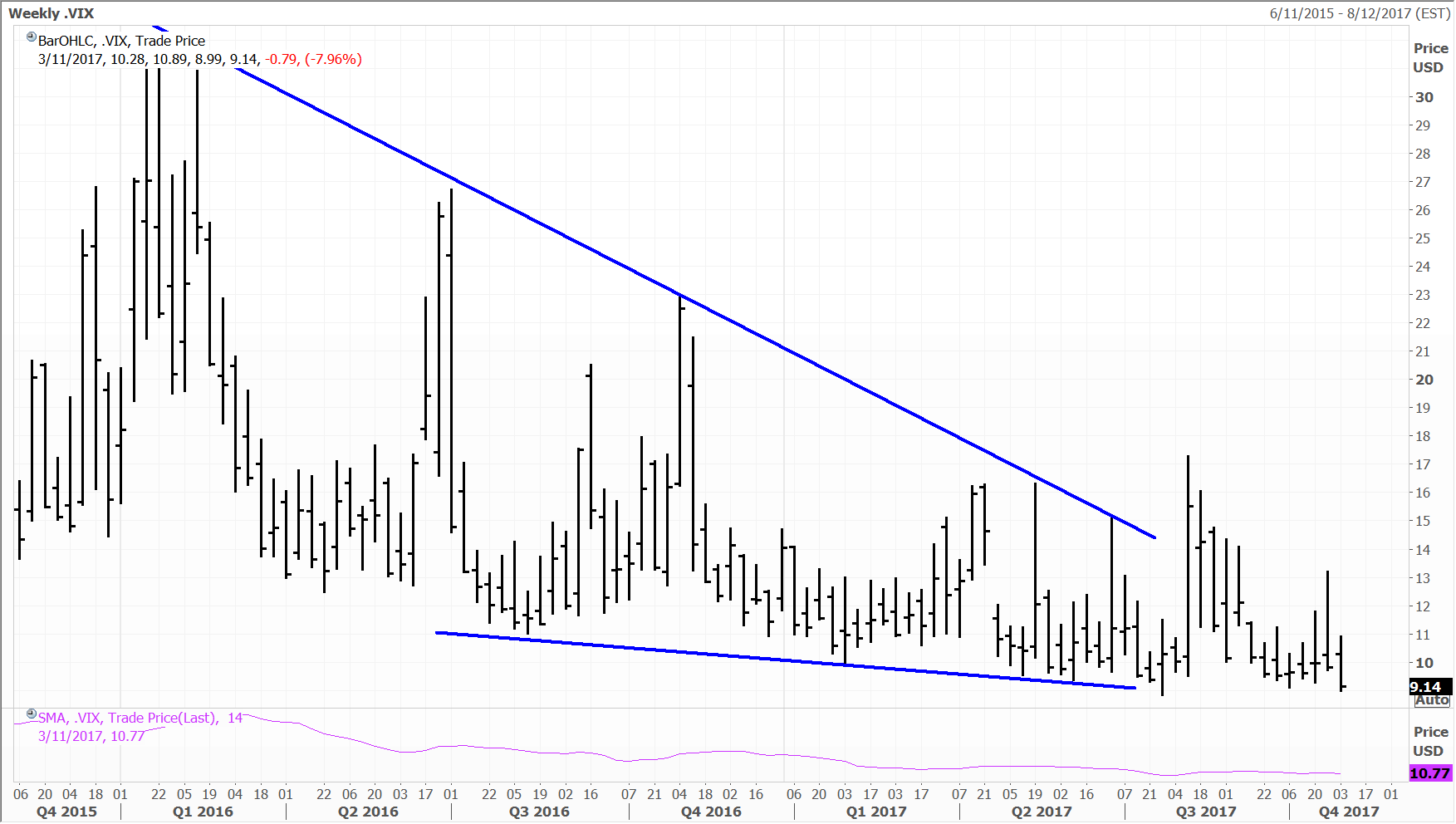 In Australia the ASX200 edged ever closer to the 6000 level, with the index finishing Friday’s session up 28 points to 5959. It was the highest close since May 2015 and took the week’s gains to 1%. This week will likely see the 6000 level challenged with an entirely predictable rate-holding decision from the RBA tomorrow certainly not likely to be a headwind.

While the jury may be out on the banks (investment analysts themselves have divergent view), resource stocks continue to garner momentum. Multi-hear highs in oil prices have certainly driven the energy sector, which was up almost 5% last week. Commodity stocks generally though are in demand, with BHP, Rio, and South32 all adding over 4% as well last week. We expect a re-rating of the resources sector to gain further momentum as earnings upgrades continue.

The turnaround in the resource sector over the past year is stark, and this is also looking through the financials from the big players. A KPMG report last week highlighted that the ‘Big Five’ miners (BHP, Rio, Fortescue, Newcrest, and South32) reported a combined 13% increase in annual revenues and a 426% increase in earnings as commodity prices and production rose. 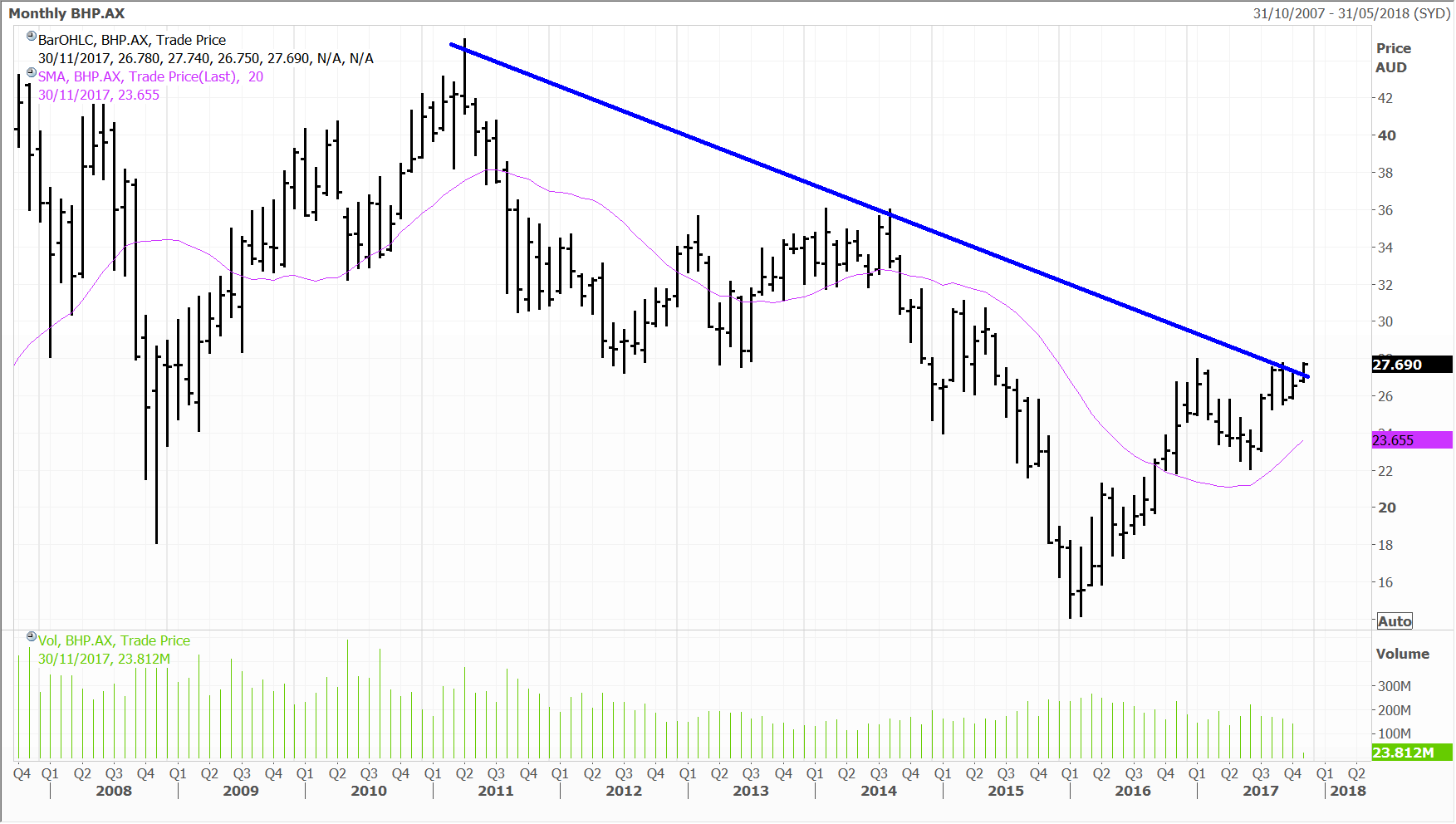 The other part of the story is that the producers are bearing down on production costs, while a relatively weak A$ is also offering some assistance. The currency may not always be a tailwind, but our scenario of robust commodity prices could well see a further scramble by investors for miners whose output and cost profiles are going in the right directions.

I don’t think however that it will be the RBA which drives A$ strength, not least any time soon.  The central bank meets tomorrow, but I don’t think there is any risk of it following in the footsteps of the BoE (or the Bank of Canada) with a surprise lift. Inflation is below target, and in addition household debt to income of almost 200% is the deal-breaker, at least until we see wages rising. Markets are pricing in a 50% chance of a rate cut by October next year, and that still feels about right in my view.

I wrote last week about the re-rating catalyst coming through on Fairfax after shareholder approval for the demerger of Domain, which will be completed later this month. This is not the only valuable digital property which the company owns. Indeed, video on-demand service Stan has reported a revenue run rate of $100 million, and now has more than 800,000 active subscribers, placing it second only to Netflix in the space. 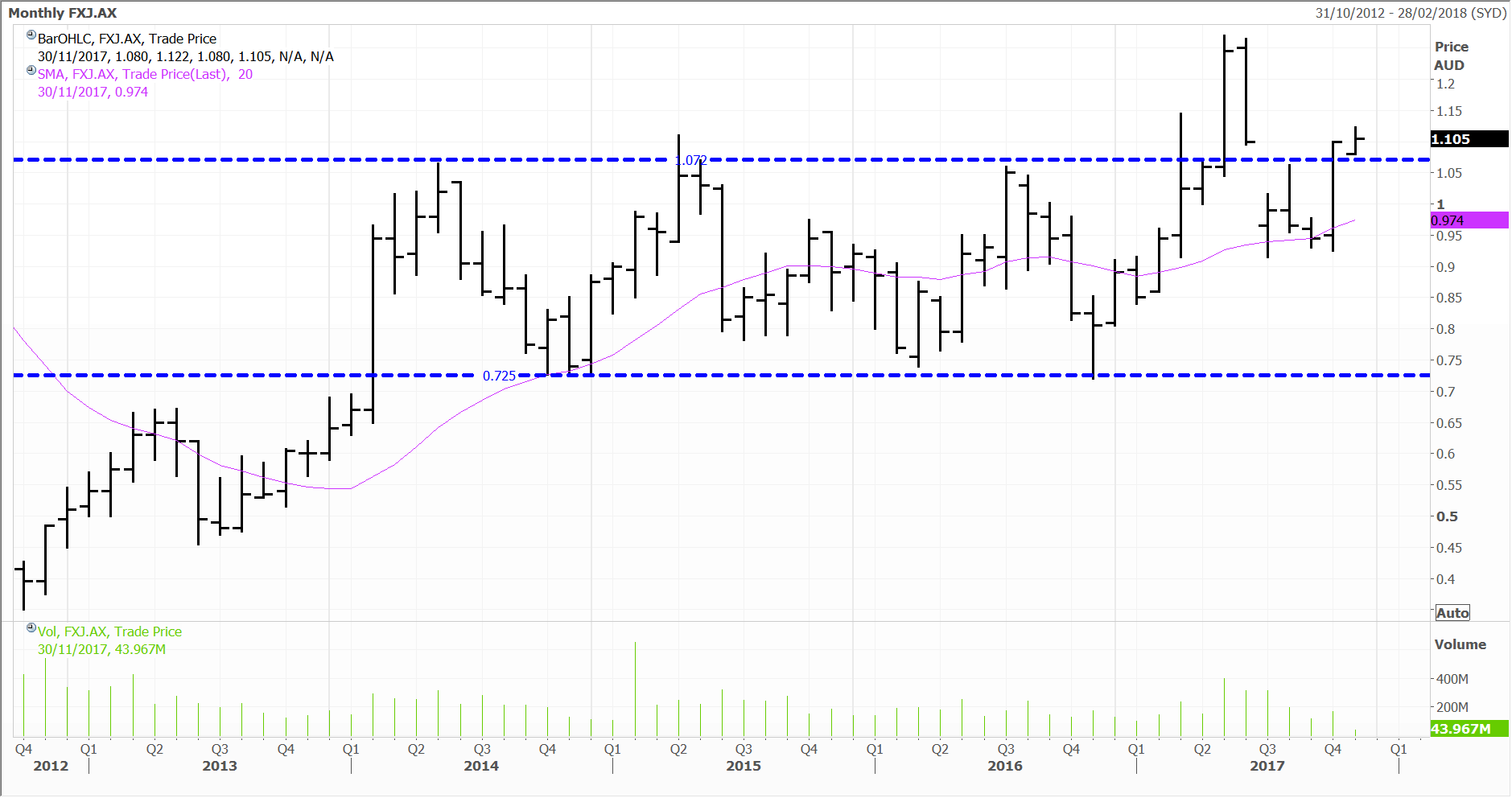 Stan is a 50/50 joint venture with Nine, and has certainly made great strides since it was launched two years ago. The business is set to be cash-flow break-even in the second half of financial year 2017-18. Revenues surged 260% in 2016/7, and I expect growth to remain robust given the room for further penetration in the streaming market (which is about a third of what it is in the US).

CEO Mike Sneesby was reported as saying that the “Zero to $100 million run rate in two years is a great milestone…The strategy we’ve had is a consistent road map of strong exclusive programming from Hollywood studios, Showtime and our own original productions. This year we’re sitting at around 35 exclusives and originals.” Zero to a hundred is certainly impressive in any sphere, and here we have another reason why private equity players may rue their decision to walk away from Fairfax.

Also impressive have been the financial service platform stocks, which also have much room for growth in a fragmented market. I have written about OneVue and Praemium which we hold and that our analyst team have recommended. Another stock recommended by our analyst team (initially at $1.35) has been HUB24.

HUB24 has much in common with the other two, not least of which has been a strong share price rerating in recent months. A familiar timeline has played out, with a robust year end result followed by a strong first quarter, and in HUB24’s case Funds under administration (FUA) have hit $6.1 billion. A compelling operating performance has certainly resonated with investors, with HUB shares up around 75% year to date.

The first quarter of financial year 2018 got off to a great start for HUB with quarterly net inflows of $535 million. This was the second highest result for the company on record (after Q417) and has taken retail funds under administration at 30 September 2017 to $6.1 billion, an 11% increase from where it was at the 30 June year end. 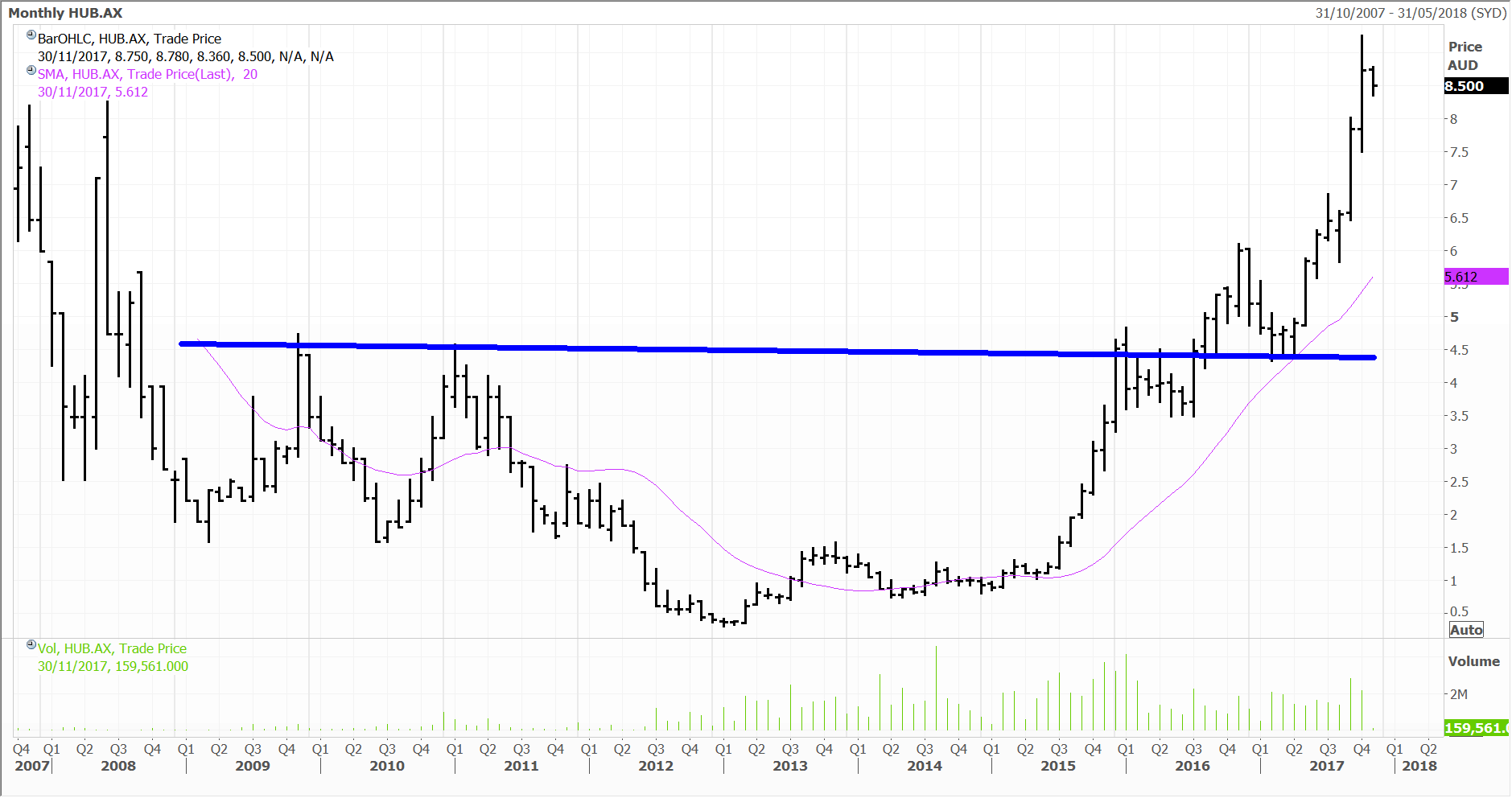 Looking at the drivers, 65% of the net inflows came direct into the retail platform offering, with the remainder through white label versions. The company has also seen its market share of FUA grow from 0.62% at 31 March 2017 to 0.72% at 30 June 2017. While the share may seem relatively small, the market is highly fragmented, which underscores the opportunity for HUB (and OVH/PPS).