Consumer price inflation in Japan increased by 0.5% in July on a year ago versus a 0.4% increase in June. The reading was in line with forecasts and was the highest level of inflation recorded since March 2015.

We have significant exposure to Japan in the Fat Prophets Global Contrarian Fund and the Asian and Global Managed Account portfolios. Corporate Japan has enjoyed one of the best earnings seasons in years, however the Japanese banks have struggled with a flat yield curve.

With one of the lowest price to book ratios in the world at around 0.7 times, Japan’s banking sector continues to hold strong appeal in my opinion. I think it is only a matter of time before Japanese interest rates rise at the longer end of the yield of the curve and this will expand net operating income margins for the banks.

One of our core holdings is Sumitomo Mitsui Financial Group, which is one of the largest banking groups in Japan. SMFG has drifted in recent months with a flattening of the yield curve, however I maintain the view that the worst is behind for the sector and the primary trend is up. Good things sometimes take time. 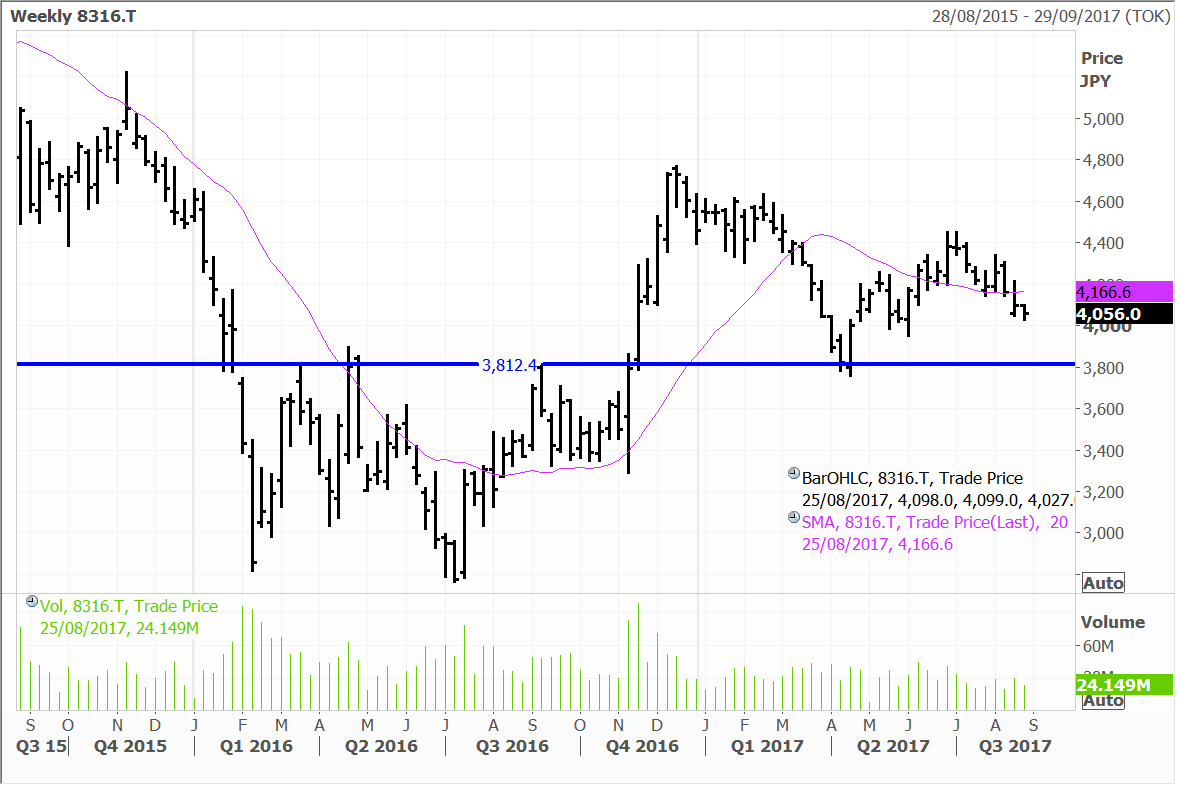 With rising inflation, record low unemployment levels down at 2.8%, rising consumer discretionary spending and an increasingly confident economy, Japan’s yield curve should steepen before too long. Financial institutions are underweight Japanese stocks and the banks in particular, so a change in sentiment could potentially be explosive.

The rate of decline in Japanese interest rates has dissipated, and we can see this below with the yield on the 10 year Japanese Government bond bottoming climactically in 2016. Whilst an advance to the upside and breakout remains elusive, this has to be only a matter of time with inflationary pressures building within Japan’s economy. 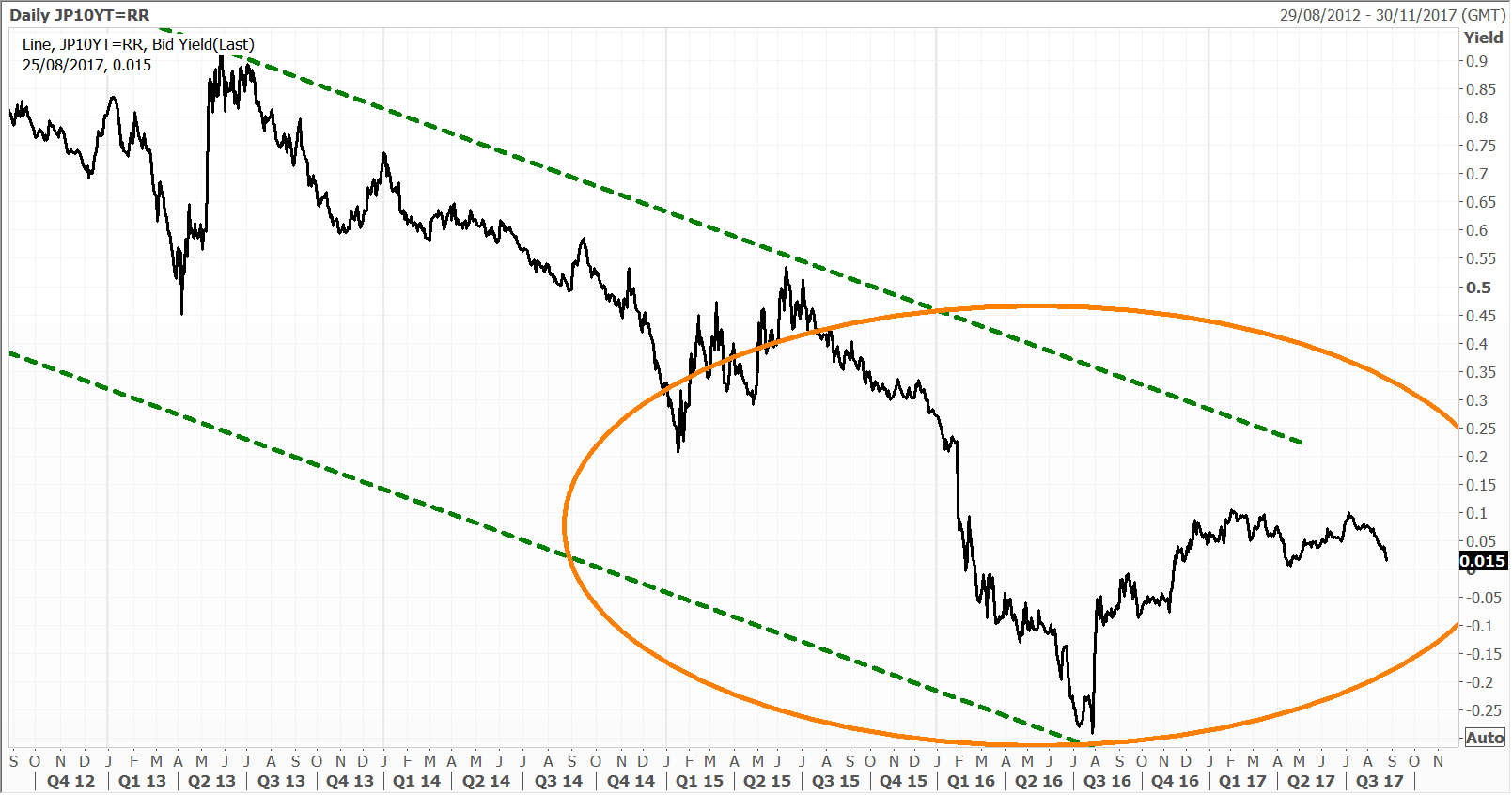 US markets closed marginally higher on Friday with the S&P500 up 0.17% at 2,443 and the Dow Jones up 0.14% at 21,813. The Nasdaq registered its first weekly gain in five weeks with a 0.79% increase, as markets digested the central bankers conference at Jackson Hole. Janet Yellen’s speech was fairly benign but did not help the US dollar on Friday. Clearly today, all eyes will be on the fallout from Hurricane Harvey and the impact it is going to have on the fourth largest city in the US, Houston.

The rain is going to cause widespread and potentially devastating flooding in Houston over the next few days, and is an event that could rival Hurricane Katrina which occurred 12 years ago. With Texas’ largest city Houston coming to a standstill, the economic impact after the storm will be felt for some time.

The insurance industry is also going to be in for some volatility this week, particularly those insurers with significant “super cat” exposure to the US. We hold QBE Insurance, whose exposure to Hurricane Katrina in 2005 was negligible. I expect QBE to make an announcement this morning outlining their exposure.