Volatility surged on Tuesday as the major US indices closed lower as market concerns mounted over the possible economic implications of political uncertainty in Italy and Europe. The Dow led the way on the downside falling 1.58%, while the S&P500 and Nasdaq had more subdued falls, declining 1.15% and 0.50% respectively. The small-to-mid cap Russell 2000 index dipped just 0.20%, while the Dow Transports lost around 1.3%.

In Europe the falls were comparable with the Dax, FTSE and CAC40 losing 1.5%, and 1.3% respectively, with Italy’s FTSE MIB down 2.65%. The Stoxx 600 fell 1.37% for the day, while the Euro Stoxx 50 index of Eurozone blue-chip stocks slid 1.56%. Italian banks were hammered, with the likes of Unicredit, Banco Bpm and Banca Generali down 5.6% to 6.7%. We have no direct exposure to the Italian banks. 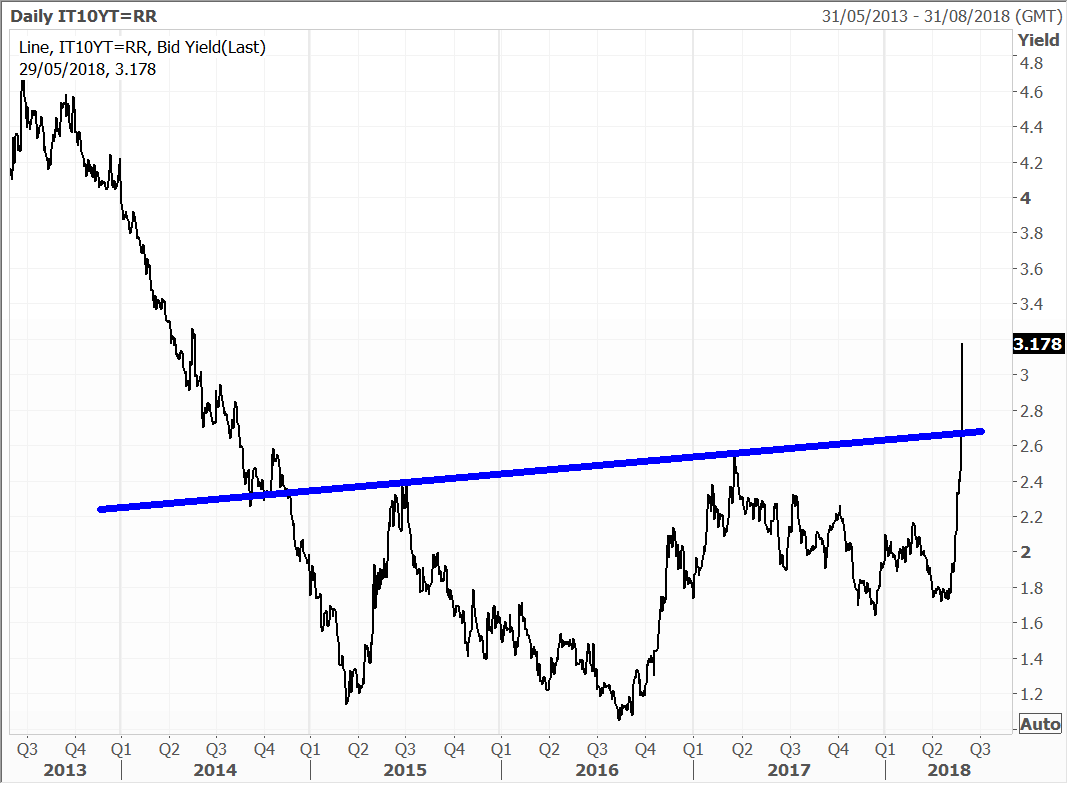 Disney shares slipped 2.5% as ticket sales for the latest film in the Star Wars franchise, Solo: A Star Wars Story, flew in at an underwhelming estimated $103 million in North America over the Memorial Day weekend. That was significantly less than any of the other films in the franchise since Disney rebooted it in 2015 with the hugely successful The Force Awakens.

In Europe, further compounding the woes for investors in Europe is the looming vote of no-confidence for Spanish Prime Minister Mariano Rajoy scheduled to be held on Friday. This comes on the heels of a ruling in a corruption case which impacted members of the ruling party last week. The benchmark IBEX index fell 2.49% on Tuesday. As in Italy, banking stocks bore the brunt of the selling, with the banks bearing the brunt of the selloff. Caixabank declined 4.6%, while Santander and Bankia were down more than 5%.

In Hong Kong the financial sector was one of the weakest performers. The Hong Kong-listed Macau casino operators swung from gains on Monday to close in the red Tuesday as it was reported Macau’s police forces will be targeting illicit money exchange services around casinos in the world’s largest gambling hub. The region’s police have also reportedly broken up several loan-shark groups. Sands China, MGM China and Wynn Macau retreated between 0.7% to 1.8%.

The Memorial Day box office takings for the new Hans Solo movie were disappointing for Disney because of the films troubled production history and hiked costs. The film cannot expect much support from China, where Star Wars movies are yet to gather a lot of traction with the younger audience. Some speculate that there is some Star Wars fatigue setting in.

This weighed on Disney’s share price on Tuesday, but also the rising probability that the offer for Fox will have to be increased and sweetened with an all cash offer.  Comcast are yet to unveil their takeover offer, but it seems a certainty that the price paid for Fox is going to be higher than Disney’s current bid.

While Star Wars fatigues may be problematic for Disney to a small degree, the Solo movie was always a much more niche proposition than the other films to come out since 2015 and it should still do well overall. Not to mention the fact that Solo was up against stiff competition from Deadpool 2 and Disney’s own Avengers: Infinity War. The latter has already racked up a mammoth $1.91 billion in global box office sales.

Disney will also need to consider whether Solo was released too soon after The Last Jedi, with a gap of only around six months. Still, the $4 billion that Disney paid for Lucasfilms was an absolute bargain. The next Indiana Jones film is in production and due for release in 2019, with Steven Spielberg at the helm as director this time around, and who has already provided assurances that “Harrison won’t be killed off”. Further weighing on sentiment was that Disney’s ABC network has cancelled the ‘Roseanne’ show after the star tweeted a racist remark. 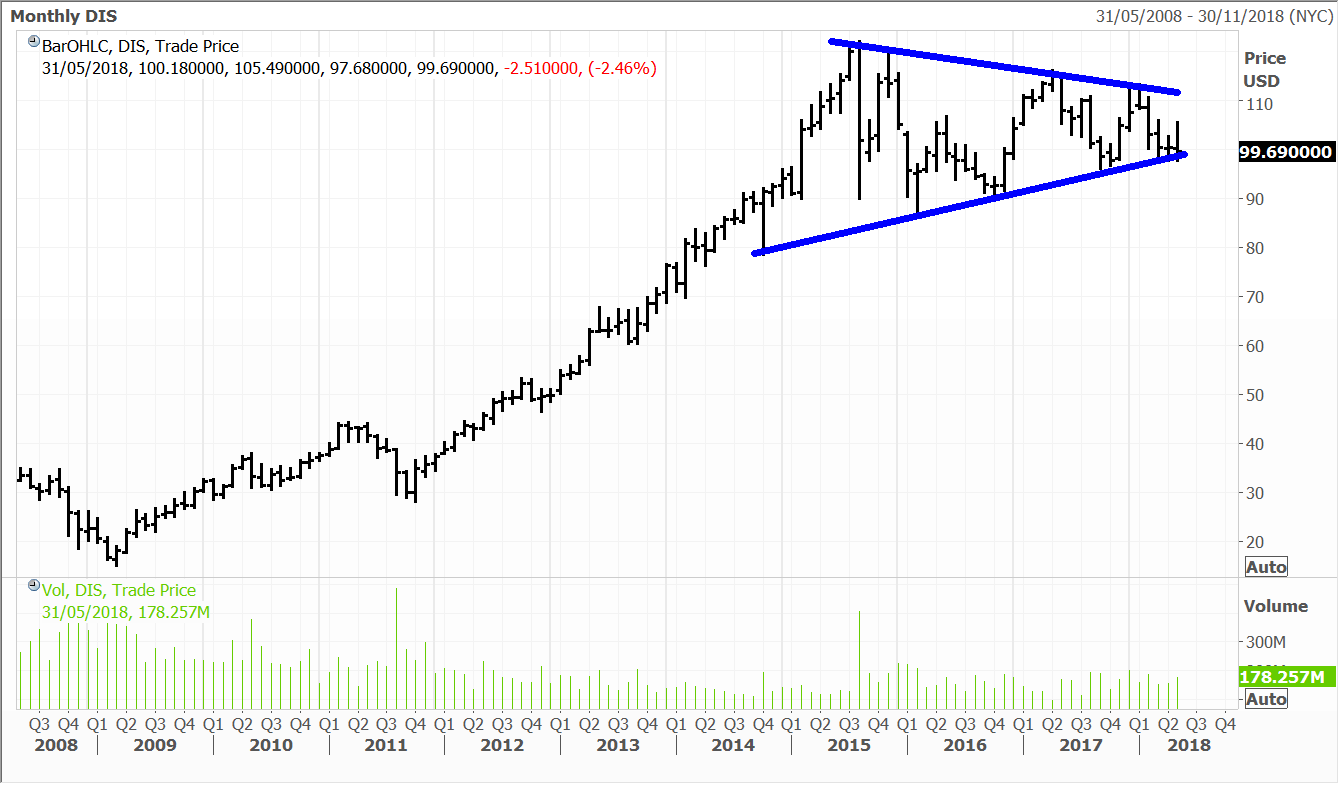 The Chinese division of German automaker, Volkswagen Group China announced that it will open three new factories in the Chinese cities of Qingdao, Tianjin and Foshan to produce electric vehicles and SUV’s. The new factories will form part of a joint venture between Volkswagen and Chinese firm First Automobile Works.

The new plants will help to increase SUV production and stimulate the growing demand in the Chinese market. President and CEO of Volkswagen China, Jochem Heizmann said: “The launch of these new passenger car production facilities will help us meet strong demand for new vehicles in the near-term and pave the way for the future of mobility in China.”

“This year, after record first-quarter sales results, the company expects further growth in the total passenger car market of 4 to 5 percent,” Heizmann added. According to the announcement Volkswagen and its partners will invest €15 billion (US$17.5 billion) in e-mobility, self-driving cars, new mobile services and digitalization by 2022. 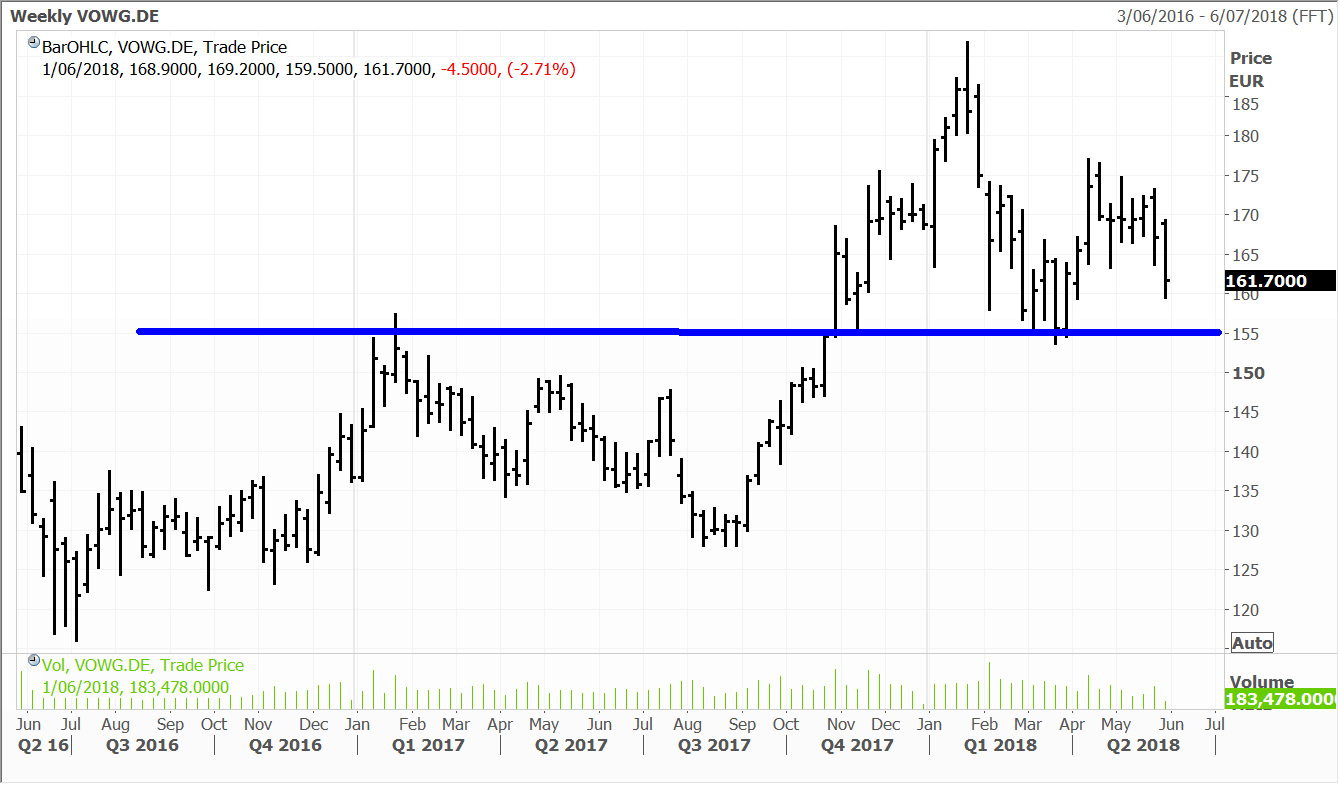