US stocks rallied on Wednesday after markets shrugged off the release of the key CPI, which revealed firming inflation. The S&P500, Dow Jones and Nasdaq closed up 1.3%, 1% and 1.9% respectively, with the rally being very consistent through the trading session. Oil prices rose in early trading despite the higher supply figures forecast earlier in the week. While the Dollar Index initially rose against a basket of currencies after the data, these gains were lost as all the major currencies strengthened. 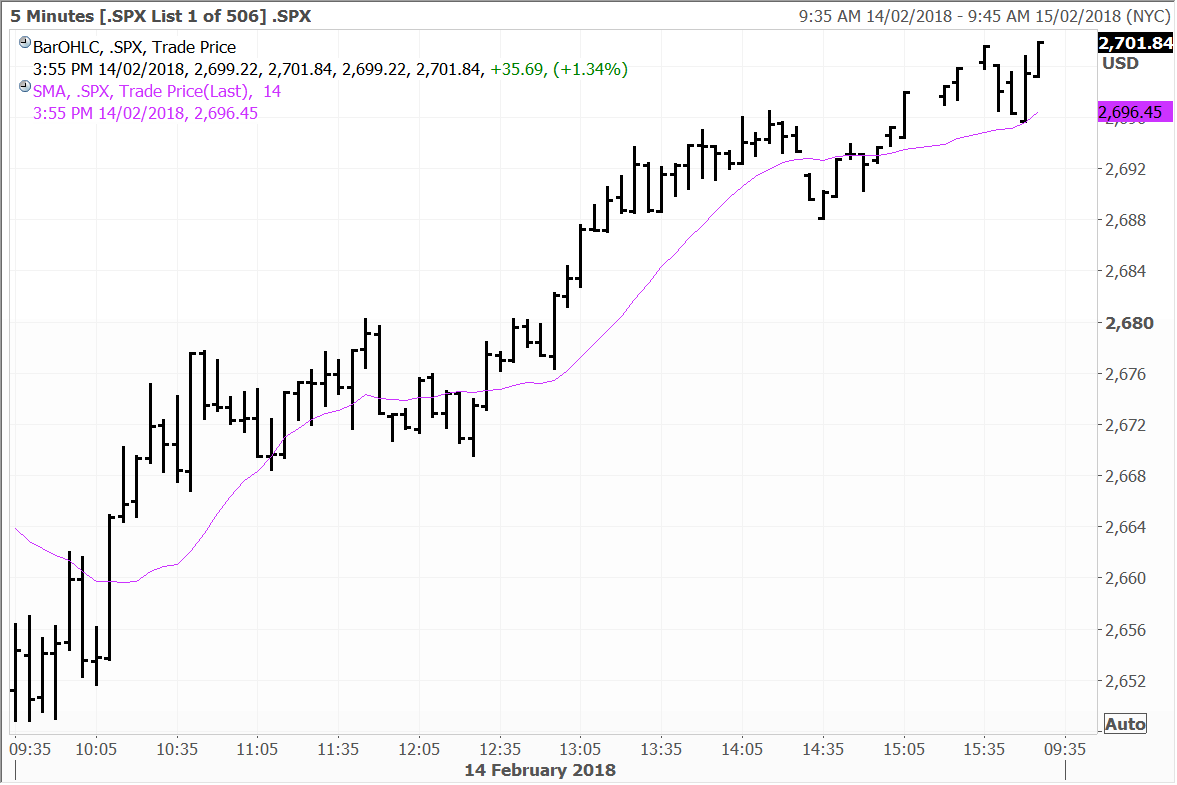 The weaker greenback pushed up commodity prices across the board, while 10 Year T bond yields rose to 2.9%. The VIX lost 26%, and as volatility subsides, we will see the index fall back into a lower range. Although as I wrote last week, I think the 14/16 level – which effectively capped the index for well over a year, now becomes a “significant base of support”.

After last week’s spike in volatility pushed the VIX up out of a long established trading range, we can expect the index to remain elevated – but not for much longer above 20. The VIX collapsed 20% on Wednesday to close at around 20. I see the VIX near term falling back towards a new range with support now defined at 14/16. 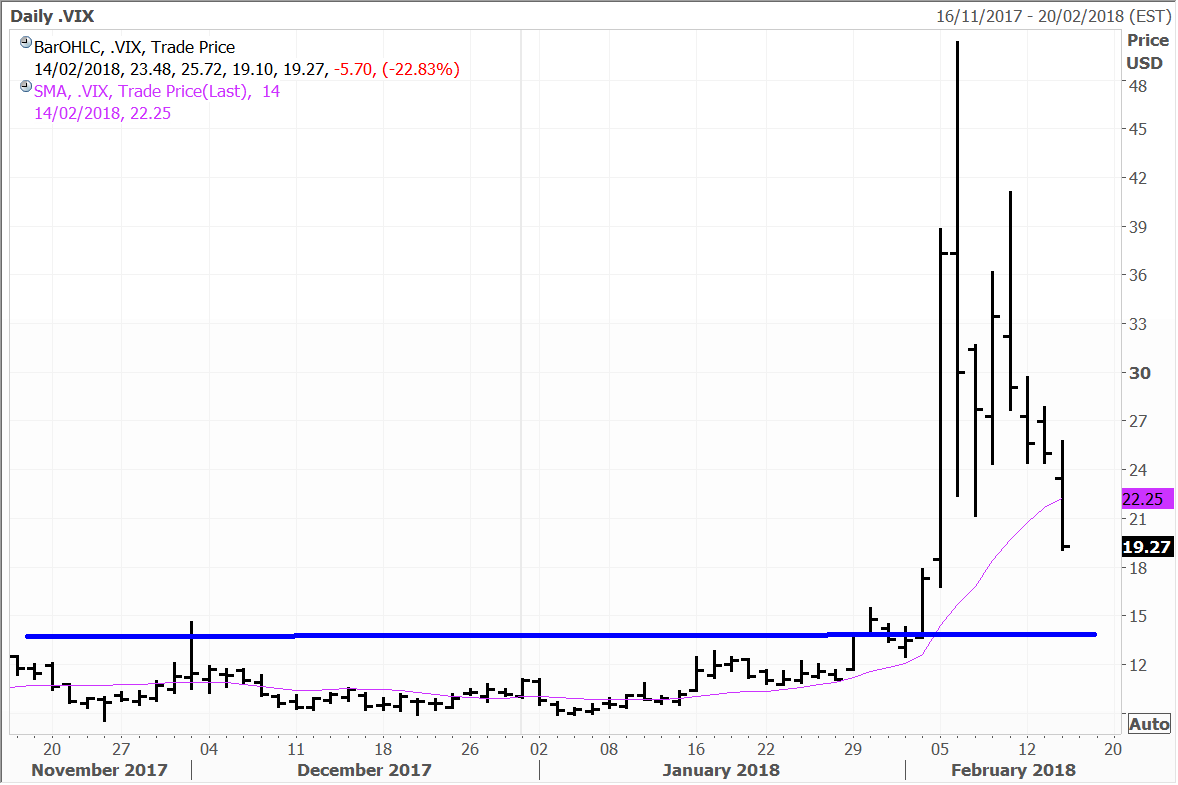 US consumer prices rose more than expected in January with the rising cost of gasoline, rental accommodation and healthcare pushing the CPI up. The Labor Department reported that the CPI had increased 0.5% last month, versus a 0.2% gain in December, for a year-on-year rise (which remained unchanged at) of 2.1%. Excluding food and energy components, the CPI lifted 0.3%, which was the largest increase since January 2017. Economists had been expecting a 0.3% rise in January.

Gold has traded on a ten year chart within a long defined range between $1050 and $1375. What is interesting about this range is that gold has tested the lower boundary at $1050/75 only once. Gold has made three ‘attempts” to push through the upper boundary between $1350/1375 since early 2016 after we called an end to the bear market. I believe it is only a matter of time before gold breaks through on the upside. 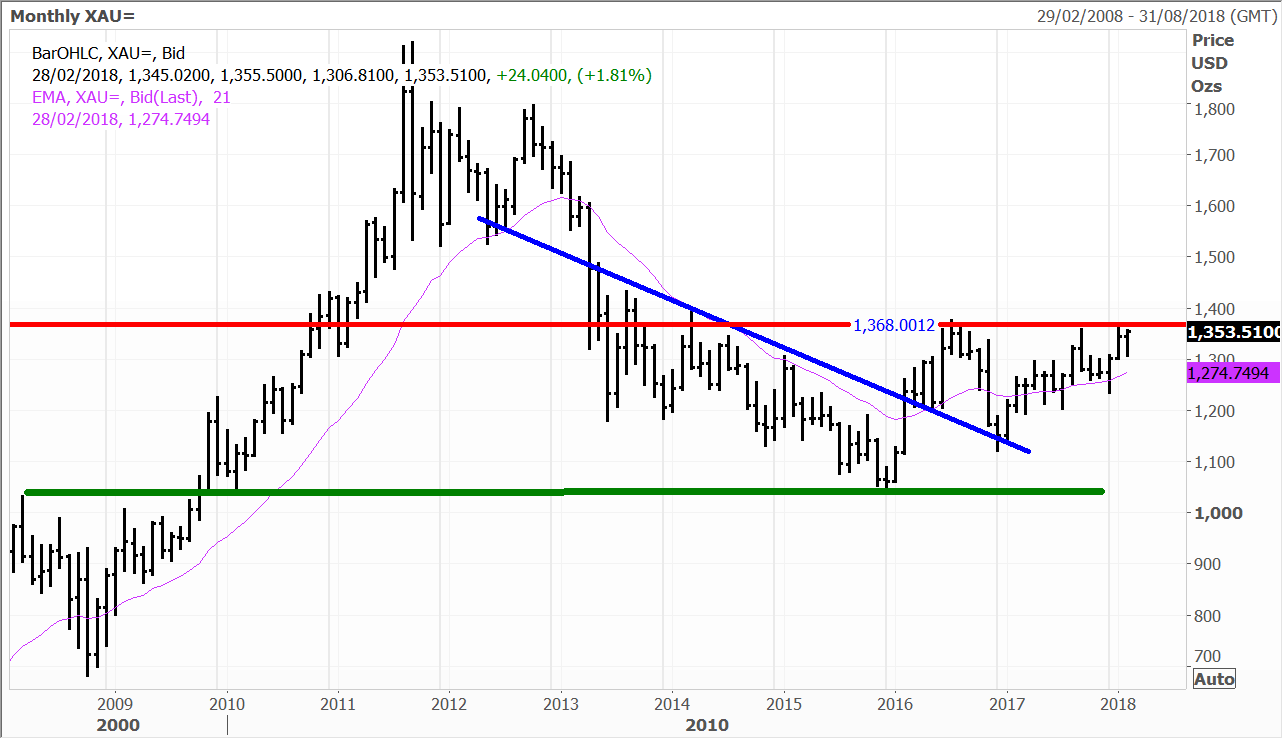 Resource stocks were strong on Wednesday and more gains should ensue today. BHP Adrs lifted nearly 3.5% in New York while US domiciled precious metal miner Coeur Mining (held in the Global Contrarian Fund and the Global Opportunities US managed account portfolios) surged 7.7%. We can expect a strong day to ensue for the precious metal producers in Australia and the UK.

Shares of Chinese search giant Baidu soared 4.6% on the Nasdaq after a positive quarterly result. We discuss this in more detail later.

Asian stocks closed on a mixed note after cautious trading Wednesday leading up to Chinese Lunar New Year holiday in the region. China’s CSI300 and the Hang Seng both had positive trading sessions rallying 0.8% and 2.3% respectively, while the Nikkei dropped 0.43% as the yen strengthened.

The robotics companies Fanuc and Yaskawa Electric finished 1.4% and 2.6% lower respectively, although remain well in positive territory over the past year. Bucking the trend was air conditioning giant Daikin Industries (+1.1%), energy company Inpex Corp (+0.3%) and conglomerate Mitsubishi Corp (+0.5%). Fanuc and Inpex are held in the Global Contrarian Fund.

The Macau casino operators were mixed. MGM China slipped 0.2% after the grand opening of its new casino this week, while Sands China gained 2.2% and Wynn Macau edged up 0.7%. Internet conglomerate Tencent Holdings has been a strong performer this week and added another 2.6%, possibly because of peer Baidu’s solid result reported in the US the night before. 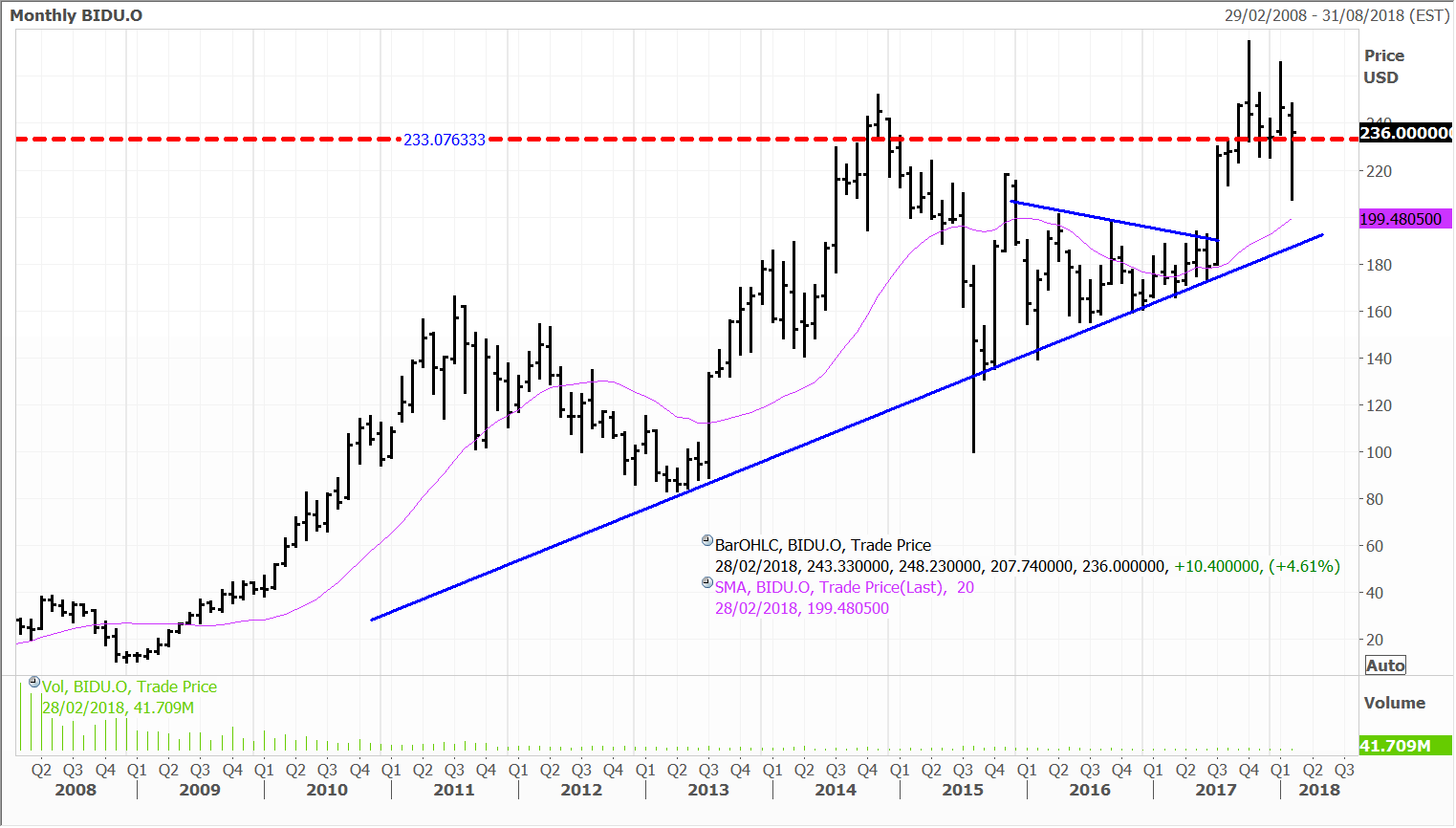 Baidu is one of the larger holdings in the Global Contrarian Fund and is also held in the Global Opportunities and Asian Managed Account portfolios.

Founder and CEO Robin Li said the company’s focus this year would be towards bolstering the core search business, particularly for mobile, boost growth in its relatively recently launched news feed business and utilising AI expertise to improve the video streaming platform. Mr Li also stated, “We also look forward to further strengthening our position in autonomous driving and conversational AI, on top of the strong progress that we have made with Apollo and DuerOS in 2017.”

Discussing the company’s AI direction further, Baidu COO Qi Li stated, “We are deepening user engagement with Baidu core products and helping Baidu customers optimize their ad spend on our platform through the use of AI.”