Another day and another record! US equity markets made new highs on Thursday spurred on by growing optimism over US tax reforms, a buoyant global economy and a further boost to the US dollar index as economic data continues to provide evidence of robust US growth. Europe was also strong with Spain’s Ibex rallying 2.5%. Congress is moving closer to an overhaul of the US tax system after getting close to an agreement on the budget.

In a procedural step towards tax reform, the Republican-controlled US House of Representatives approved by a 219-206 vote a fiscal 2018 spending blueprint to help them advance an eventual tax bill. The blueprint contains a legislative tool that would let Republicans bypass Democrats and pass a tax bill by a simple majority vote in the Senate, where they hold 52 of 100 seats.

The “Trump reflation trade” is clearly back on the table with markets pricing in a higher probability that the new tax code will be installed as legislation by the first quarter of next year. The markets however largely chose to ignore a rare public statement from Federal Reserve officials that President Donald Trump’s tax plan could lead to higher inflation and unsustainable federal debt.

Is the Trump tax cut proposal really a case of a “silver cloud masquerading with a dark lining?”

The last thing the US economy needs right now is more economic stimulus after unprecedented quantitative easing by the Fed. The Fed is caught between a rock and a hard place with the problem of how to withdraw stimulus and unwind its bloated balance sheet without disturbing the financial markets and upsetting the economic recovery. Tax cuts being introduced next year will only exacerbate this problem and create volatility in financial markets.

We have been looking for catalysts to trigger higher levels of inflation. Trump’s tax cut package could potentially do the job.

It is estimated that the Trump tax plan will add about $2.4 trillion to the deficit over the next decade and this comes at a time when the national debt already exceeds $20 trillion. If the tax cuts are pushed through, interest rates are going to rise in conjunction with higher levels of inflation and this will place the US Government under further pressure fiscally. This could all unfold next year as a negative self-reinforcing cycle and unleash a storm on the financial markets.

As the Dollar Index rose 0.5% to just under 94, precious metals weakened with gold and silver losing around 0.5% and 0.1% respectively. I see the recent downturn in precious metals as being corrective however, and it will be interesting to see how the PGM producers trade today. Many gold and silver producers have lost ground, but not as much as what has typically occurred in previous corrections.

So what’s going on? I will be paying very close attention to the way in which the precious metal sector trades over the next few weeks. I cannot see much more downside in the PGMs or the precious metal producers given the probable longer term inflationary consequences of the US tax cuts – should they go through. Time will certainly tell.

US Silver producer Coeur Mining (which we hold in the Fat Prophets Global Contrarian Fund) has given some ground up during silver’s price correction, but is far from breaking down technically – see below. In fact after a multi-year slide Coeur Mining has broken out to the upside and testing historical resistance at $10. 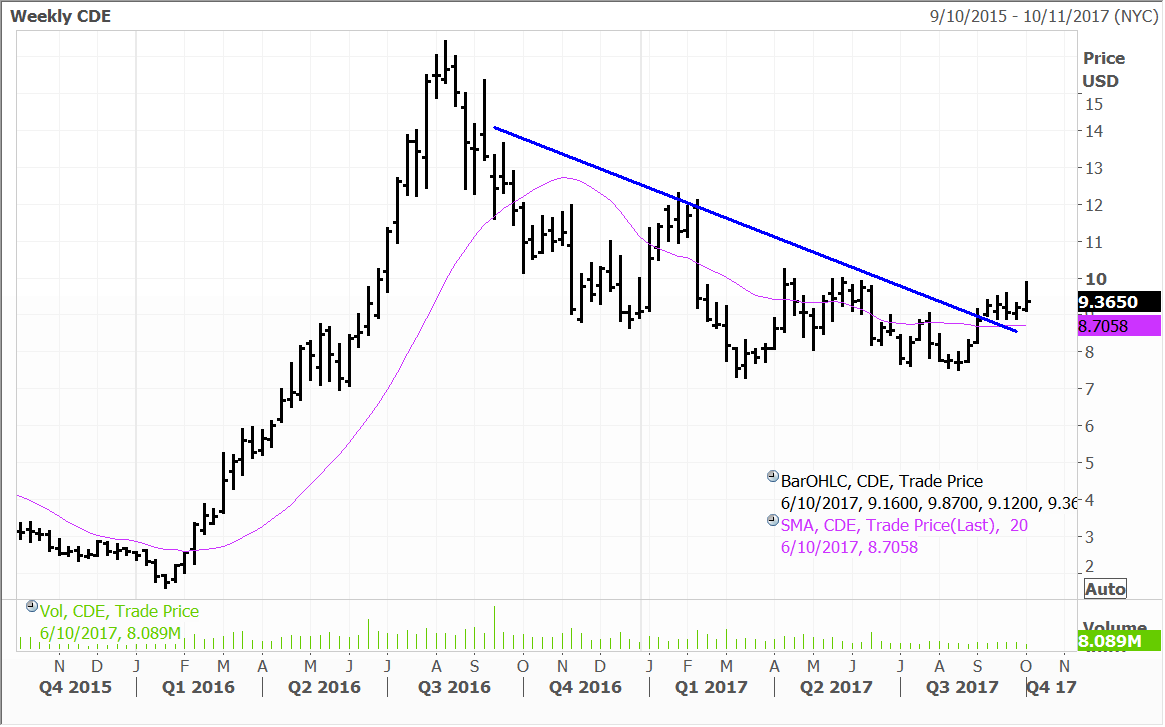 It has been reported that Chinese internet giant Baidu is looking at a potential initial public offering in the US next year. Reuters reported on Tuesday that the company is considering plans to float the hugely successful video streaming service iQiyi – which is the Chinese version of Netflix. The listing could value the IPO at between $8 billion and $10 billion according to reports out on Bloomberg. Baidu is the largest position in the Fat Prophets Global Contrarian Fund. Baidu is also represented as a core holding in our International Managed Account portfolios.

Baidu is challenging the historical highs at $245 after breaking out earlier this year.

iQiyi has 481 million monthly active users as of the end of last year. Whilst Baidu and iQiyi representatives have declined to comment and confirm the news reports, where there’s smoke, often there is fire. A spinoff would make strategic sense and unlock value for Baidu shareholders.

MGM China has announced delays to the opening of the casino in Macau. In a recent statement the company said that “on August 23, 2017, typhoon Hato struck South China and severely battered Macau. We currently anticipate that any damage caused by typhoon Hato will be substantially covered by insurance.”

“The overall budget of the project is expected to increase from about HK$26 billion to approximately HK$27 billion. MGM Cotai will be slightly delayed from previous expected opening in Q4 of 2017, and is now expected to open on January 29, 2018.” Any weakness in MGM China should be construed as a buying opportunity in my opinion. 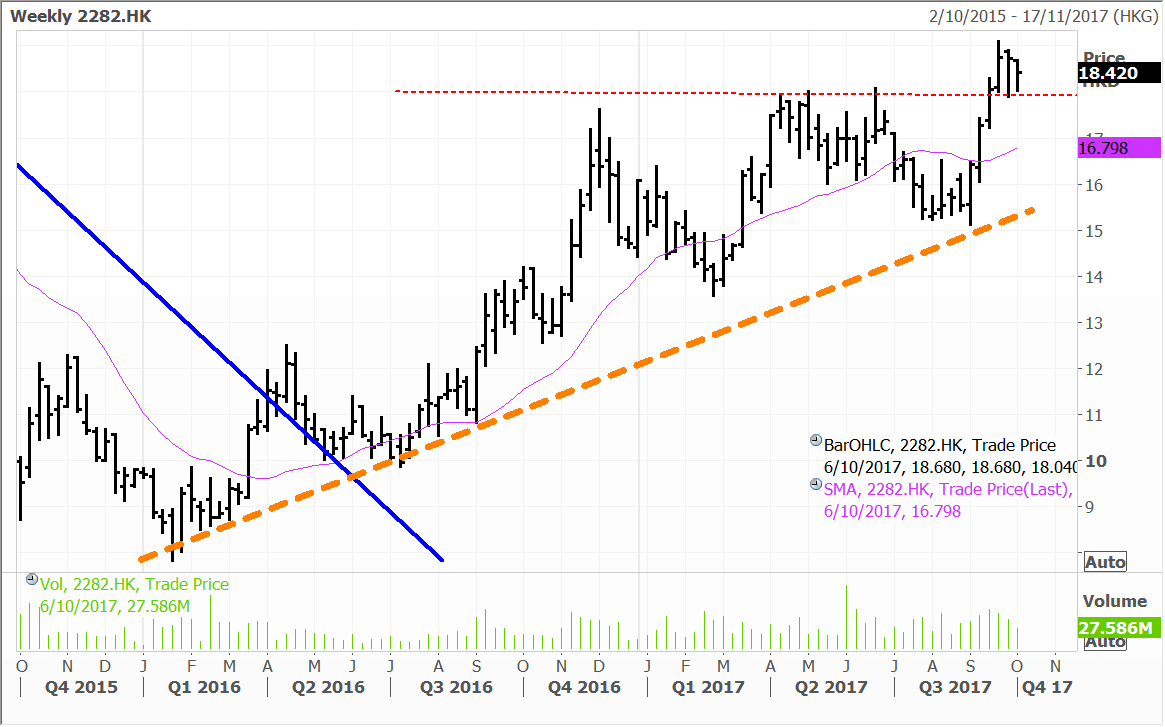