US indices staged a modest rally on Tuesday as most of the tech sector recovered, but while Facebook staged another sharp decline. Boosting the market however was the energy sector, which rallied more than 1% after oil prices climbed on supply tensions. Facebook lost around 4% after revealing that it now faced questions from the US Federal Trade Commission about how its users’ personal data was mined by a political consultancy hired by President Donald Trump’s campaign. 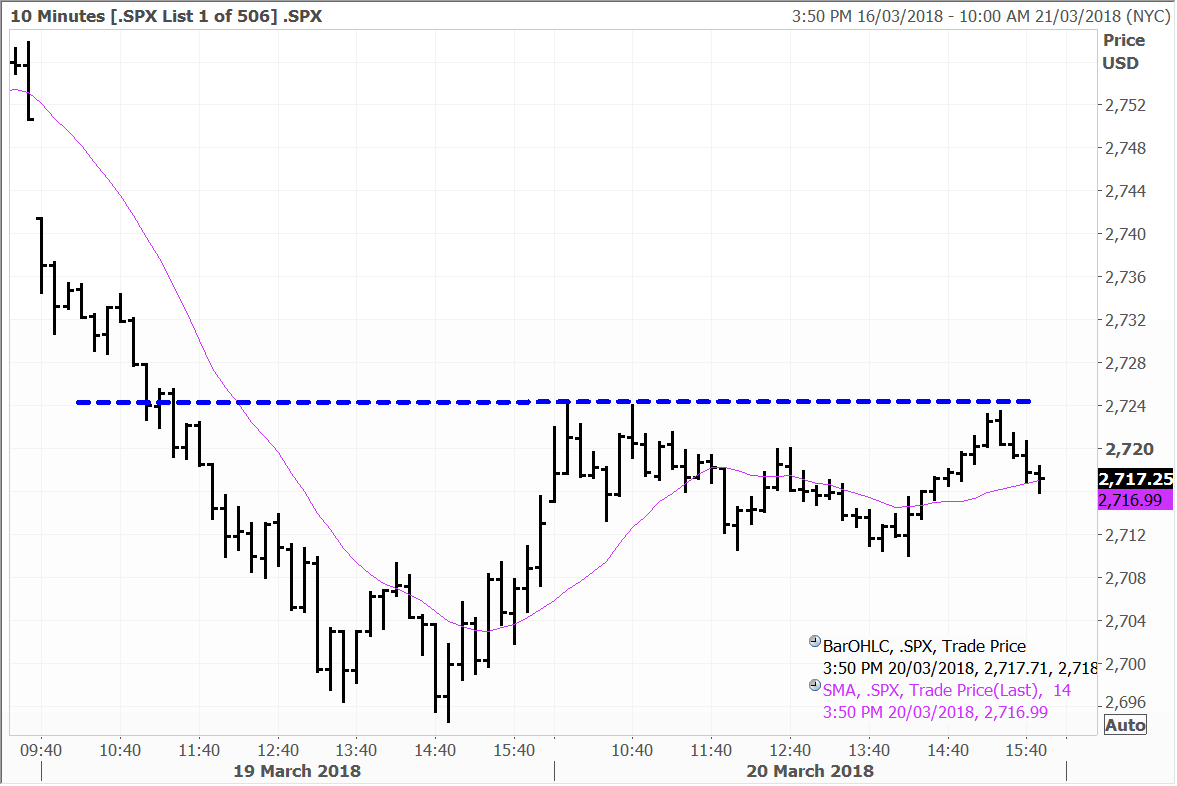 Oil prices climbed to their highest level in three weeks on Tuesday with surging supply tensions in the Middle East and the high probability of further declines in Venezuelan production offsetting US crude production. While the energy market has predominantly focused on the precedent of the US shale industry to quickly ramp up production in the face of higher prices, oil supply is actually tight, prone to political tensions and output disruption. This is in the face of steadily growing global demand.

Meanwhile this is against a backdrop of booming demand for LNG in Asia, particularly in China as the Government crackdown on pollution will see a major switch to cleaner burning forms of energy. We hold names such as CNOOC, Inpex, Oil Search, Woodside and BHP all of which hold exposure to this thematic cross our portfolios including the Global Contrarian Fund.

In corporate news, database giant Oracle tumbled around 9.4% after reporting disappointing earnings and future outlook. Chinese search giant Baidu recovered around 0.6% while Apple supplier and fibre-optic cable provider Corning was up 1.3% and components provider TE Connectivity advanced 1.4%. Casino operator Wynn Resorts was gaining 1.5% and is up 64% over the past year. Logistics titan FedEx was due to report after the closing bell. Baidu and Wynn Resorts are held in the Global Contrarian Fund. Apple, Coeur, Corning, FedEx and TE Connectivity are held in the US and Global managed account portfolios.

European stocks traded in a relatively narrow range Tuesday with investors waiting on more cues from the Federal Reserve tomorrow. They closed modestly higher, with the pan-European Stoxx 600 up 0.51% for the day, with the Euro Stoxx 50 index of eurozone blue-chip stocks gained the same amount (+0.51%).

In a separate report, UK house prices eased marginally in January after being stable in December. The index rose 4.9% year-on-year in January, compared to a 5.0% increase in December, revised down from an earlier reported 5.2% increase. The average UK house price was £226,000 in January, marking a £11,000 increase from a year earlier. London Stock Exchange gained 1.9% and airport food group operator SSP Group added 3.0%. Miners were mixed, with BHP Billiton rising 1.4%, Randgold tacking on 0.2% and Fresnillo closing 1.8% lower.  BHP Billiton, Randgold and Fresnillo are held in the managed account portfolios. Intertek, London Stock Exchange and SSP Group are recommended by the research team.

Asian stocks closed mixed on Tuesday ahead of the Fed meeting due to start later in the day. The Nikkei rallied during the session as the yen declined against the dollar to close down 0.47% as technology stocks followed US peers lower. The Japan market will be closed for a public holiday tomorrow.

Social media giant Tencent Holdings gained 1.0% and oil and gas major CNOOC added 0.7%. The Macau casino operators, MGM China, Sands China and Wynn Macau saw some profit taking, falling between 1.0% – 2.7%. CNOOC, MGM, Sands and Wynn Macau are held in the Global Contrarian Fund. Tencent is a core holding in the Asian and Global managed account portfolios, but we sold down and reduced the stock last month.

In Australia the market was lower on Tuesday, with the ASX200 closing off 0.39% at 5,936 but like Japan, the index outperformed declines in the US. The mining and banking sectors reversed recent trends, with resource stocks lower but the banks found some support as the market sizes up the prospects of the Royal Commission being benign.

It was also a positive session for Fairfax and Domain Holdings Australia which were both up around 4% on Macquarie’s recommendation upgrade to outperform. We hold both stocks in the Global Contrarian Fund, as well as the Concentrated Australian Share and Small/Mid-cap managed account portfolios.

While gold continues to consolidate ahead of what I believe in time will be a ‘perfect storm’ that will be the catalyst for a significant upward breakout (see below). Rising inflation, higher US deficits as a result of greater spending and tax cuts, and more sovereign bond issuance, not to mention a soaring national debt are all ‘catalysts waiting to happen.

The precious metals are also providing signals here with the bid coming into some of the higher quality producers. Evolution was up 3.4% yesterday, while Saracen Minerals is back around 18-year highs. We hold both stocks in the Australian managed account portfolios and Evolution in the Global Contrarian Fund.

The resource stocks were weaker yesterday, but there remains a plethora of upward drives in our view with a supportive supply/demand equation and outlook, in addition to inflationary tailwinds. The sector as I have also said on many occasions is much more responsible than it has been in past pricing booms.

Others are also engaging in similar ‘streamlining’ activities with BHP for instance mulling over the options for its shale business, while South32 is demerging thermal coal operations in South Africa. With cash-flows already robust across the sector, this adds up to increasing returns to shareholders in the form of buybacks and higher dividends. More efficient operating structures will also increase the leverage to further strength in commodity prices in our view. We hold Rio, BHP and South32 in the managed account portfolios.

Financial service platform provider Praemium was weaker yesterday but saw some buying into the close to finish down 1.5%. The company (along with peers such as OneVue and HUB24) are leveraged to rising funds under administration, but will also therefore have some correlation with the broader market. Praemium has had a good run over the past year, reaching 92 cents in January. The stock has retraced 30% on no news flow with brokers such as Bell Potter maintaining a price target north of $1. With Praemium strongly profitable, margins are set to expand on rising revenues and as costs start to level out. We hold Praemium in the Australian managed accounts and the Global Contrarian fund. 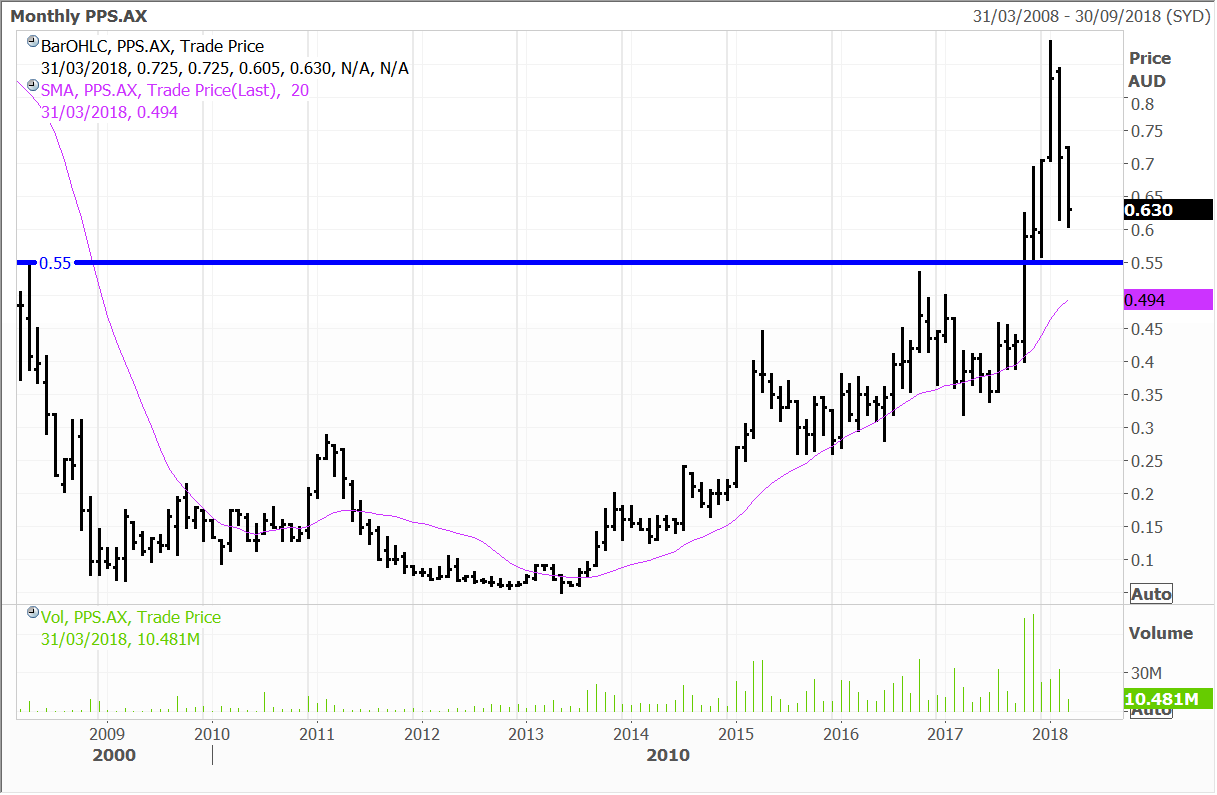 Optical lens maker Sunny Optical Technology’s shares were up 8.63% on Tuesday after they announced that its net profit for the year ended 31 December 2017 bolted 128.3% to 2.9 billion yuan (HK$3.59 billion) and two brokers increased their price target on the company. Better than expected earnings per share came in at 2.67 yuan and a 0.661 yuan dividend was declared. Total revenue increased 53.1% from a year earlier.

Sunny Optical spent 5.2% of total income on research and development. In a report to the exchange the group said: “We will speed up the R&D and promotion of existing new products in the markets such as augmented reality/virtual reality and 3D structured-light and leveraging its technological advantages and industry foundation in early stage, take the lead in launching mature products to gain market share.” Sunny Optical is up 178% over the last 12 months and is held in the Global Contrarian Fund. 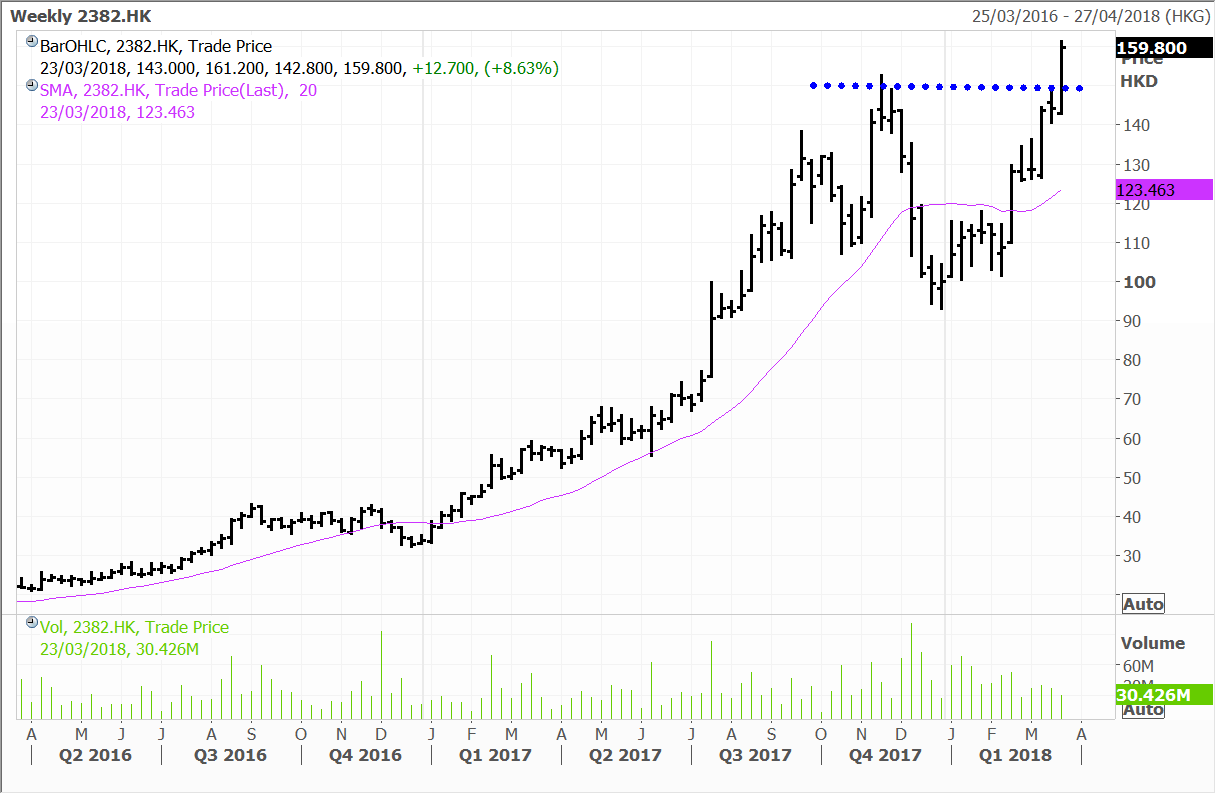 Tomorrow, March 22nd will mark 12 months since the IPO of our largest LIC, the Fat Prophets Global Contrarian Fund (FPC.ASX). With the IPO we structured a unique option offering. All investors in the IPO received a 1 for 1 option with their shares. This means if they bought 10,000 shares in the IPO, they were also entitled to 10,000 options. The options allow the holder to acquire new shares in FPC at $1.10, any time between when they vest on 22nd March 2018 and over the following 12 months to 21st March 2019.